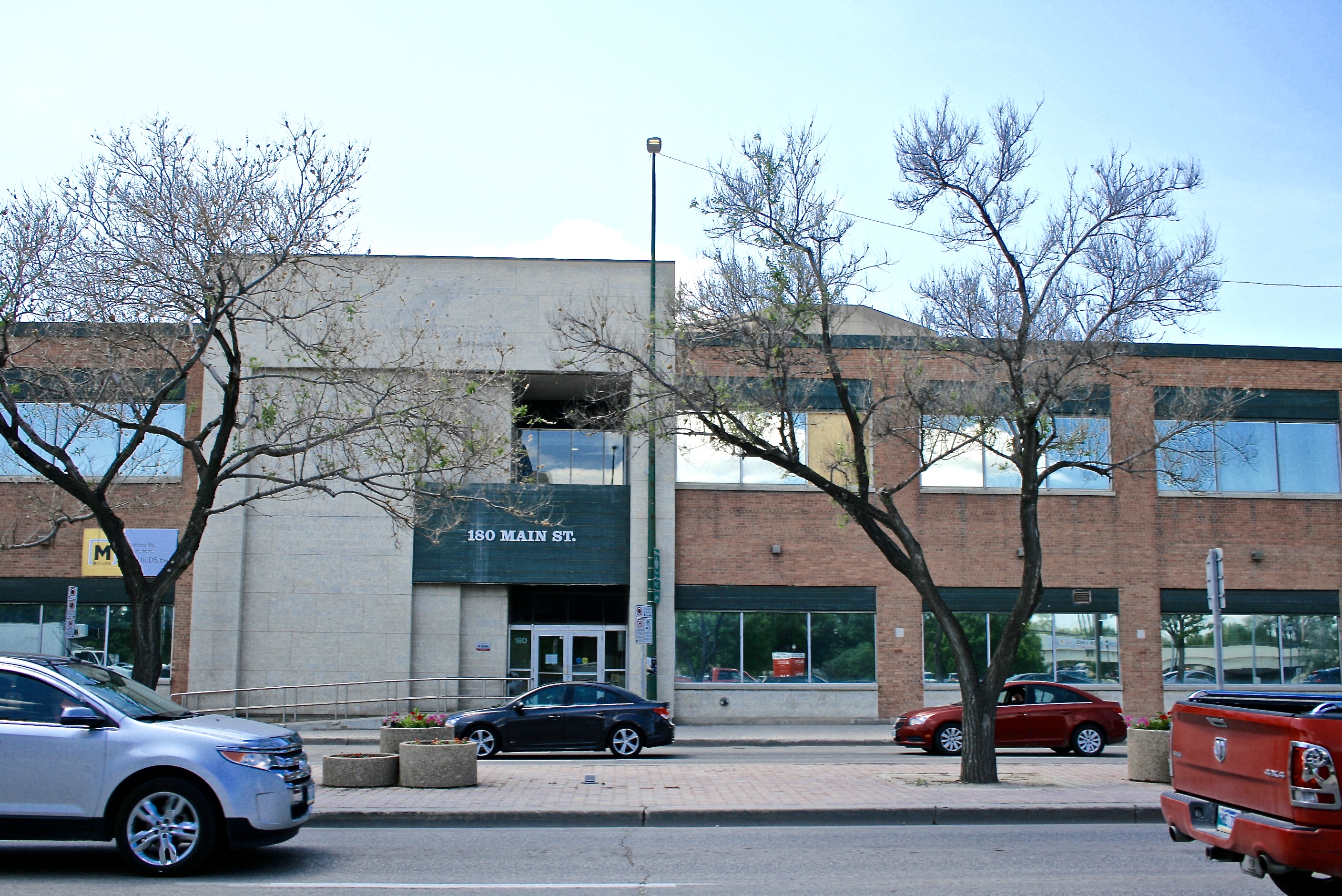 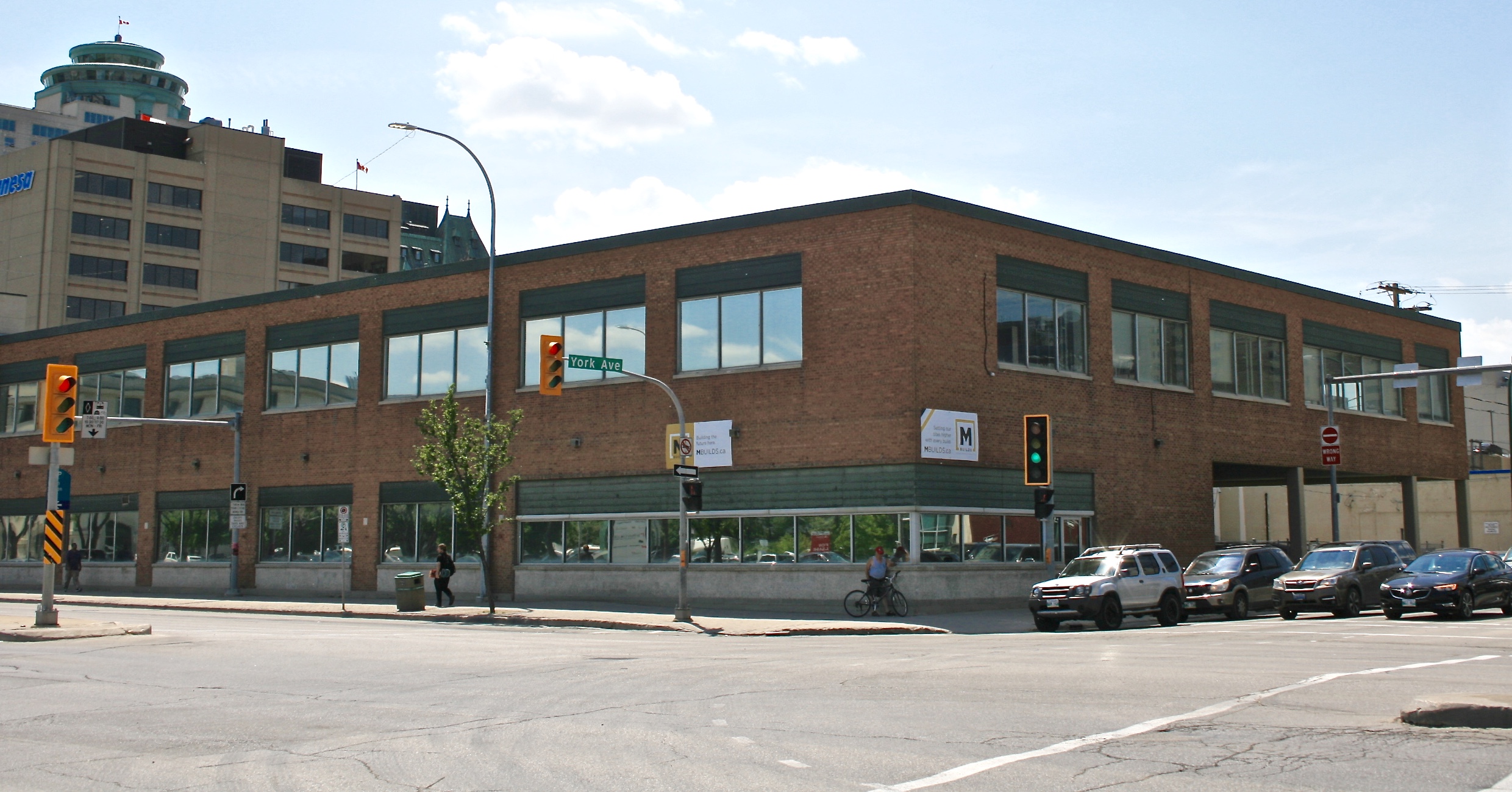 N.C.H. Russell designed 180 Main Street, which was constructed by Henry E. Gibson & Co. Ltd. in 1956. The two-storey building was initially planned as a steel frame and brick building with a concrete foundation; once constructed the building resembled an addition to an already standing garage.

The building that had stood previously on this lot was part of the Hudson's Bay Company. The building was meant to accommodate HBC offices, warehouses, a power house, and a candy factory. Once the large department store opened on Portage Avenue, the store moved and the building was demolished in 1932. The lot was then leased to various used car dealerships including Inman motors, until the 1948 garage was built and the 1956 building was being planned.

The building was constructed for Charles Inman, a car salesman who'd used the lot to sell vehicles before the building was constructed. Inman Motors specialised in the sale of Chevrolets, Oldsmobiles, and Chevy trucks. The main floor contained offices and a car showroom, while the upper level held the paint centre and service department. Across the street, next to Union station, was a used car lot that was also operated by Inman Motors.

In the late 1960s the company became Gateway Chevrolet Oldsmobile and in 1974 it became Terry Balkan Chev-Olds. In 1982 the dealership went bankrupt and 180 Main was empty. After many car dealerships had operated out of the building, it was renovated and used as a restaurant; Grapes on Main moved into the space in the 1980s. The upper level of the building was used as office space.

The restaurant moved in after Marvin Investments purchased the building in 1984 and spent $1.7 million renovating it. The building was rented to Bachman and Associates Real Estate and Grapes on Main, which took up the first floor in the summer of 1985. By 2002 Grapes on Main closed and new owners renovated the space and rented it to a marketing company.