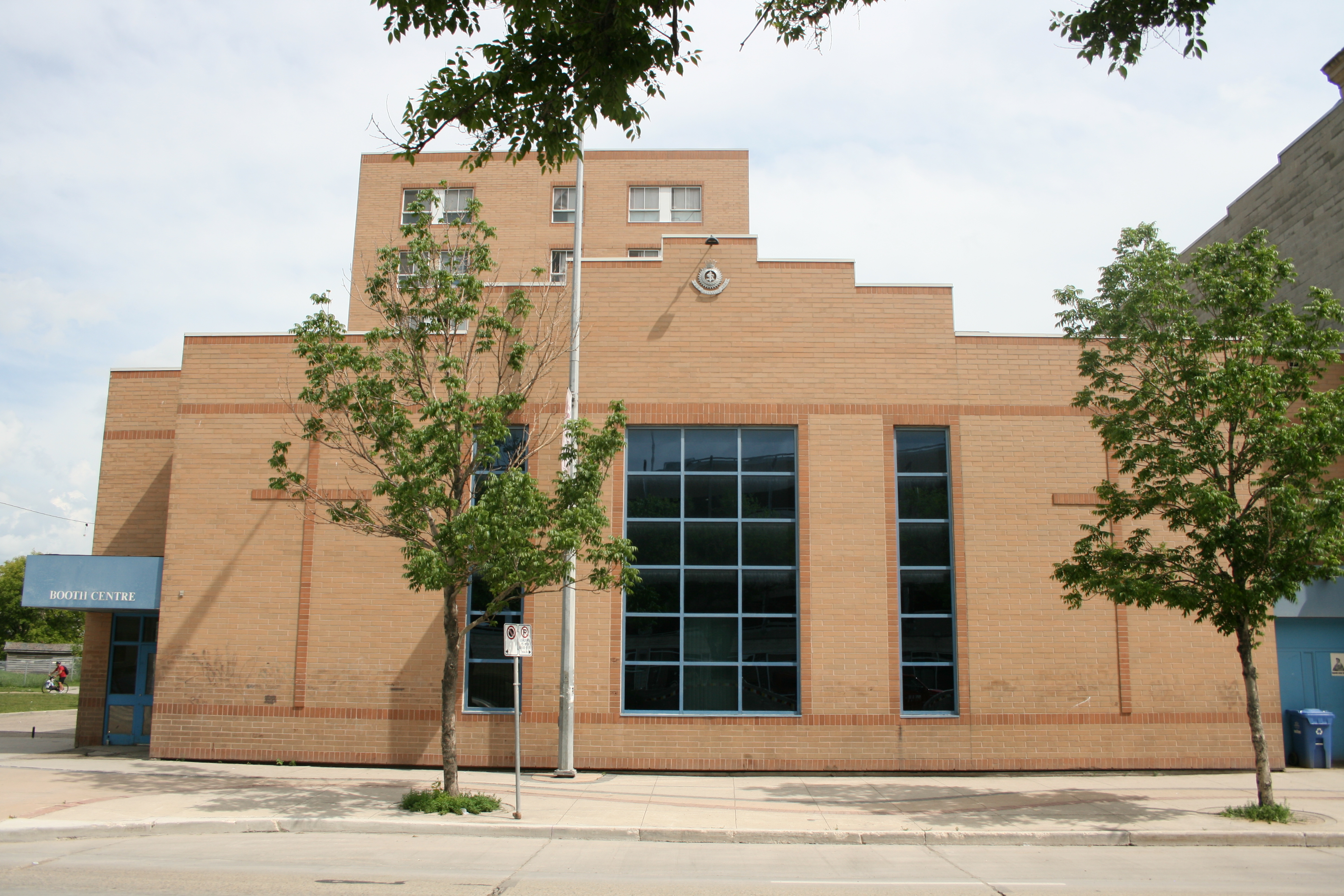 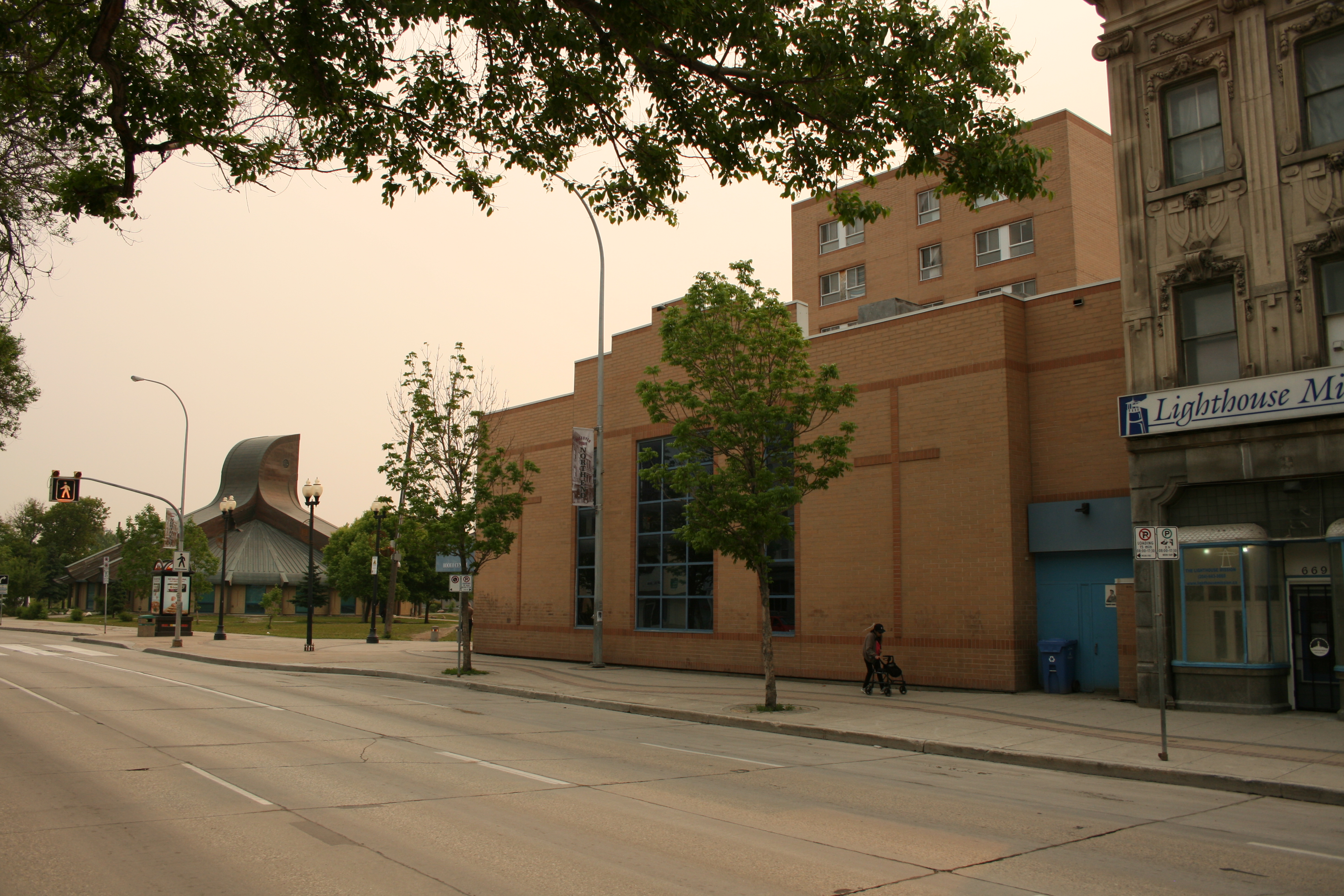 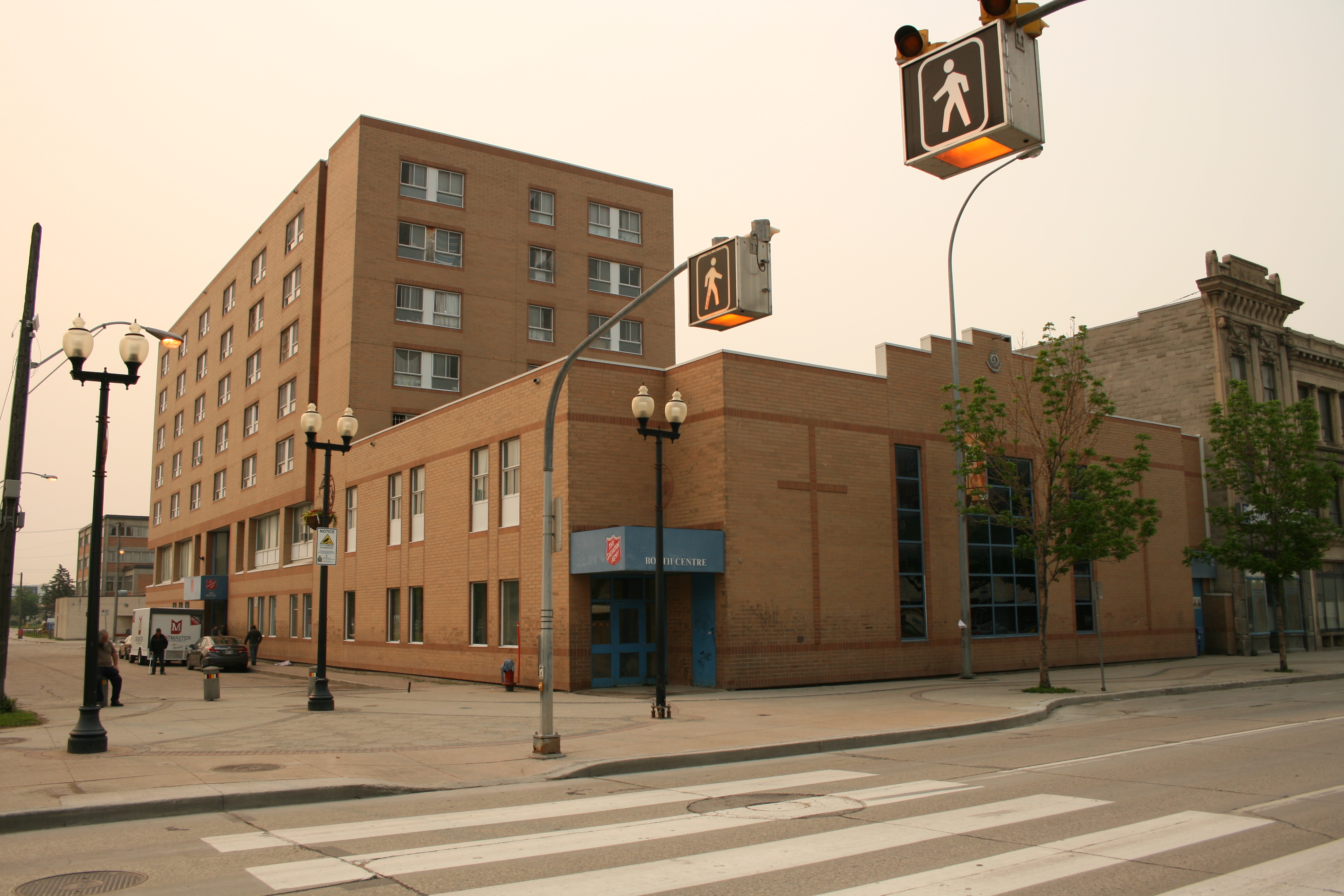 Designed by MMP Architects (formerly Moody Moore and Partners), the Booth Centre is clad with tweed clay brick with red-brick accents, in combination with blue and white aluminium trim. The building is designed with the lower-scale Booth Chapel fronting on Main Street, fitting nicely with the scale of the adjacent commercial blocks. The taller residential services building is located to the east on Henry Avenue, away from traffic noise and the modestly scaled environment of Main Street. The Salvation Army has had a presence on or near Main Street since the organization’s founding in Winnipeg. Its first home was seen west of the McLaren Hotel.

The Salvation Army opened the Booth Centre in November 1988, replacing its previous facilities on this site. Named after William Booth, the founder of the Salvation Army in England, the Booth Centre provides a variety of social services as part of the Salvation Army’s outreach and community service mission. Among its many facilities, there are 134 rooms for short- and long-term shelter for both men and women, drug and alcohol treatment programmes, a soup kitchen for non-residents, and the community chapel on Main Street.