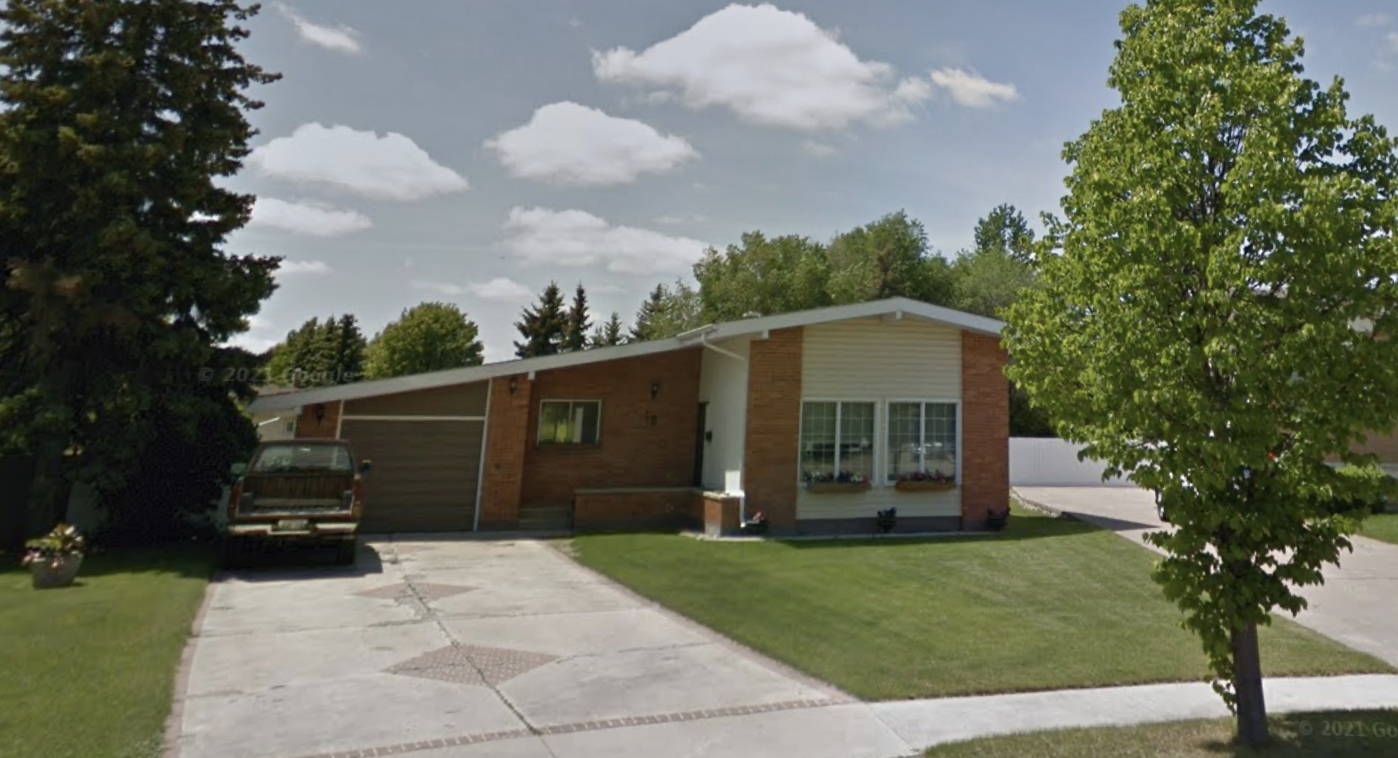 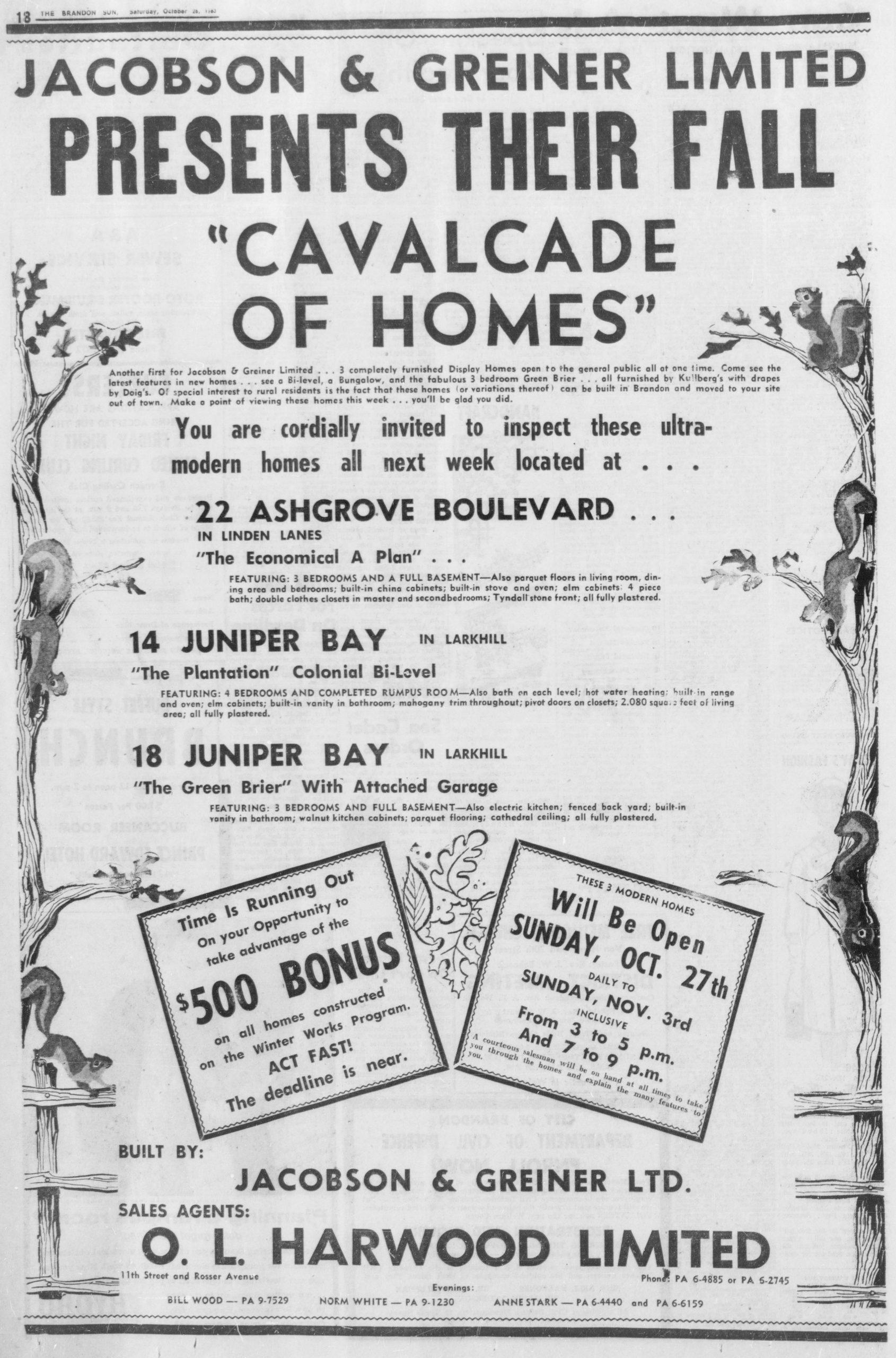 18 Juniper Bay was a model home for Jacobson & Greiner in the Larkhill area. Named "The Green Brier", the design was promoted as having an attached garage.