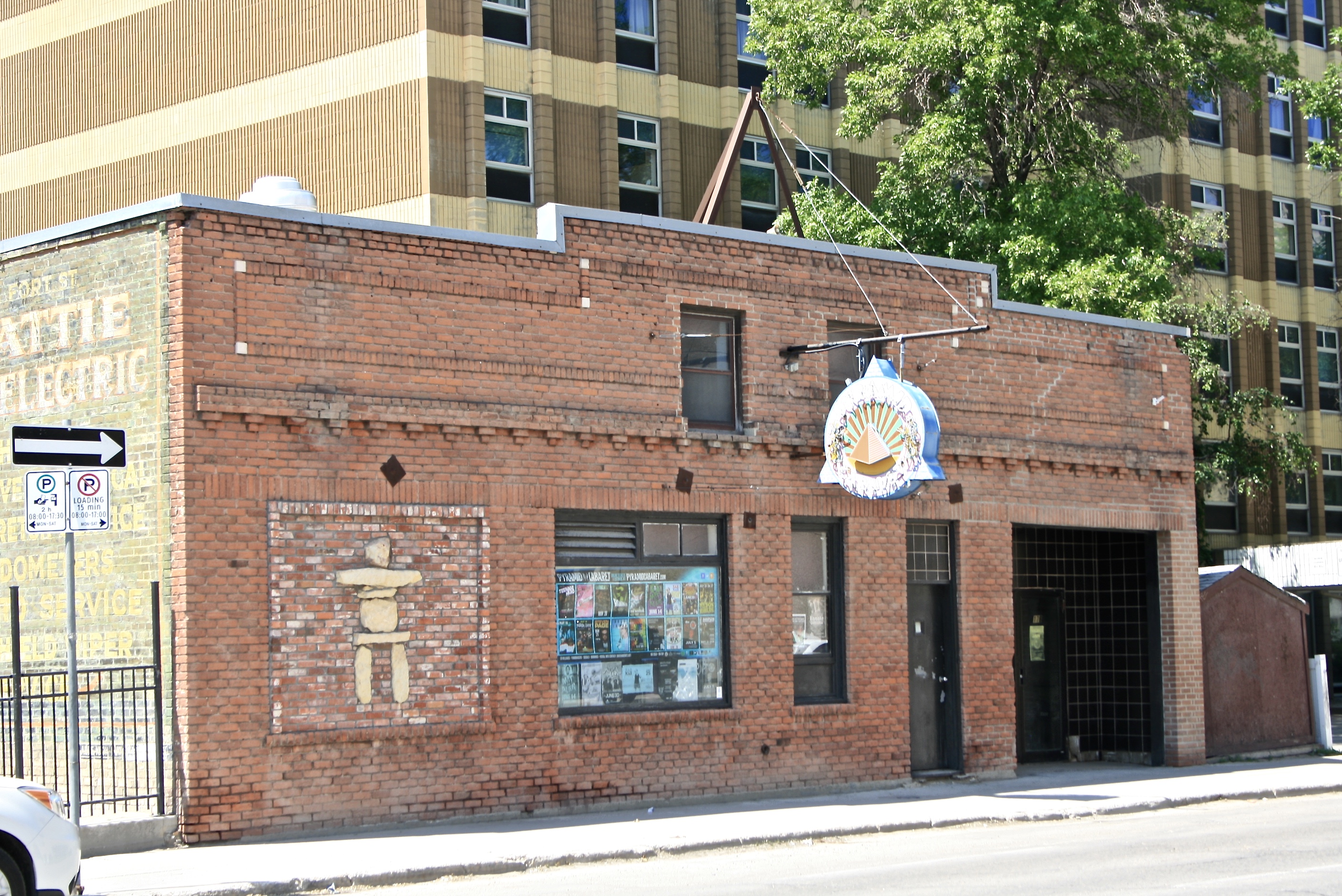 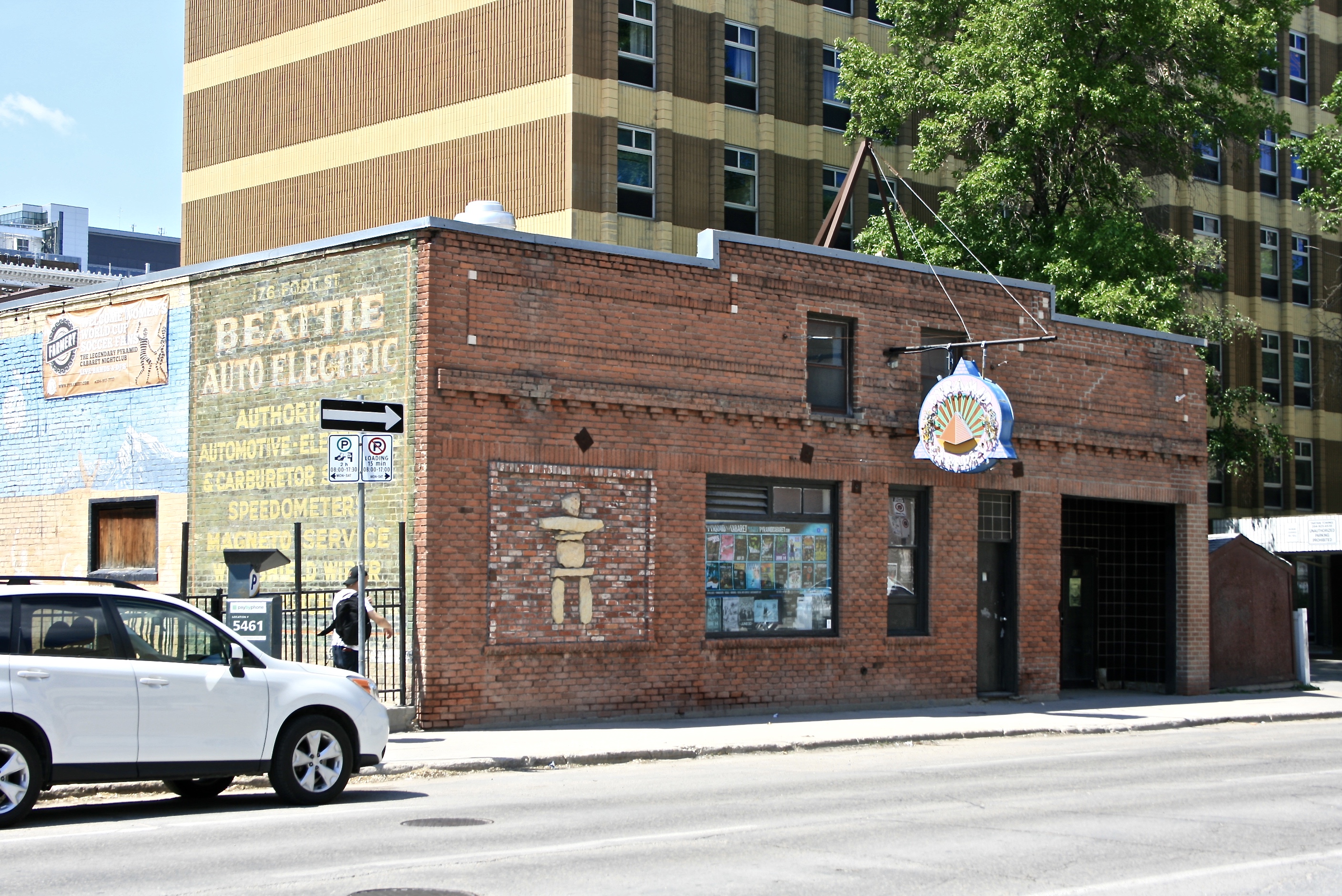 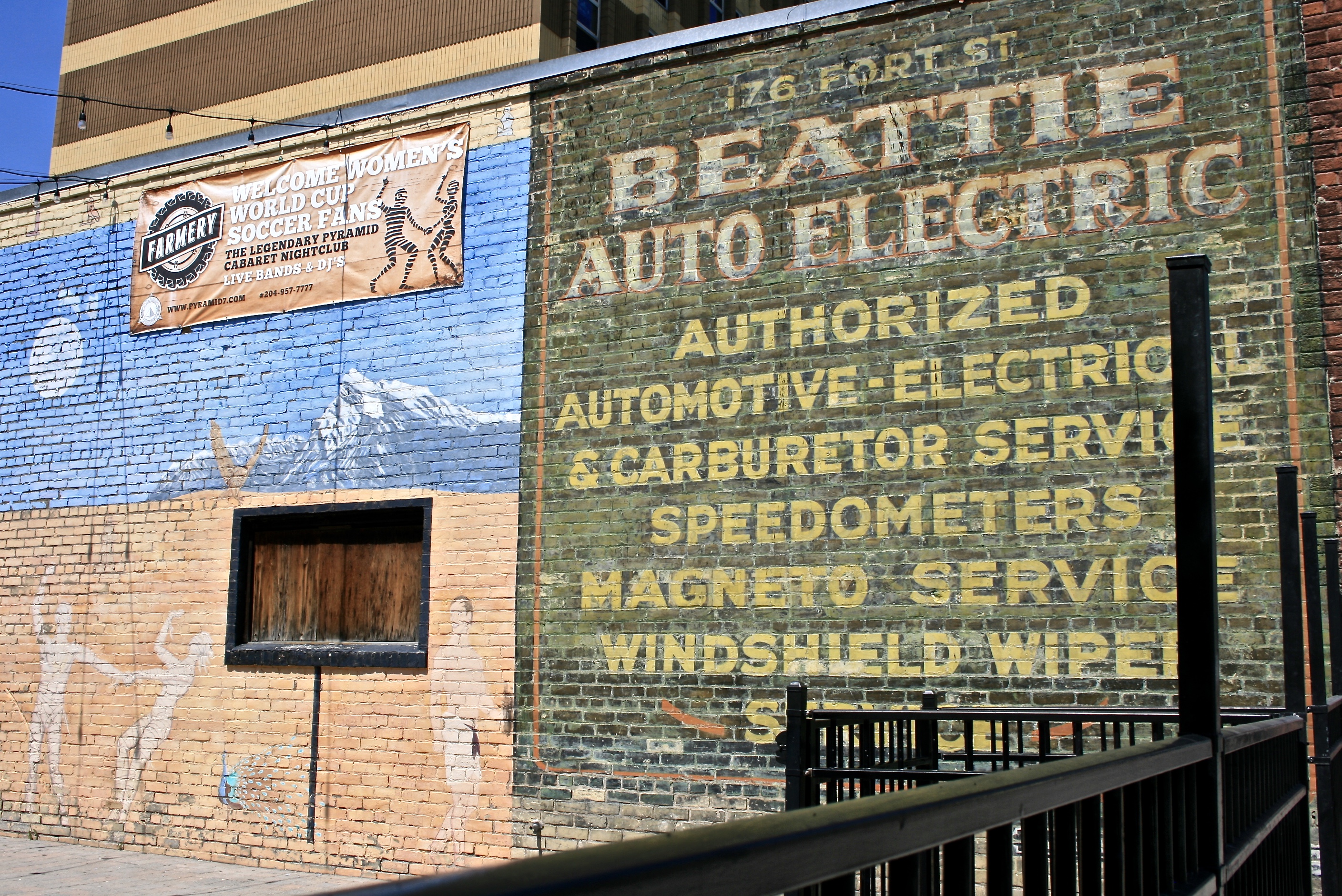 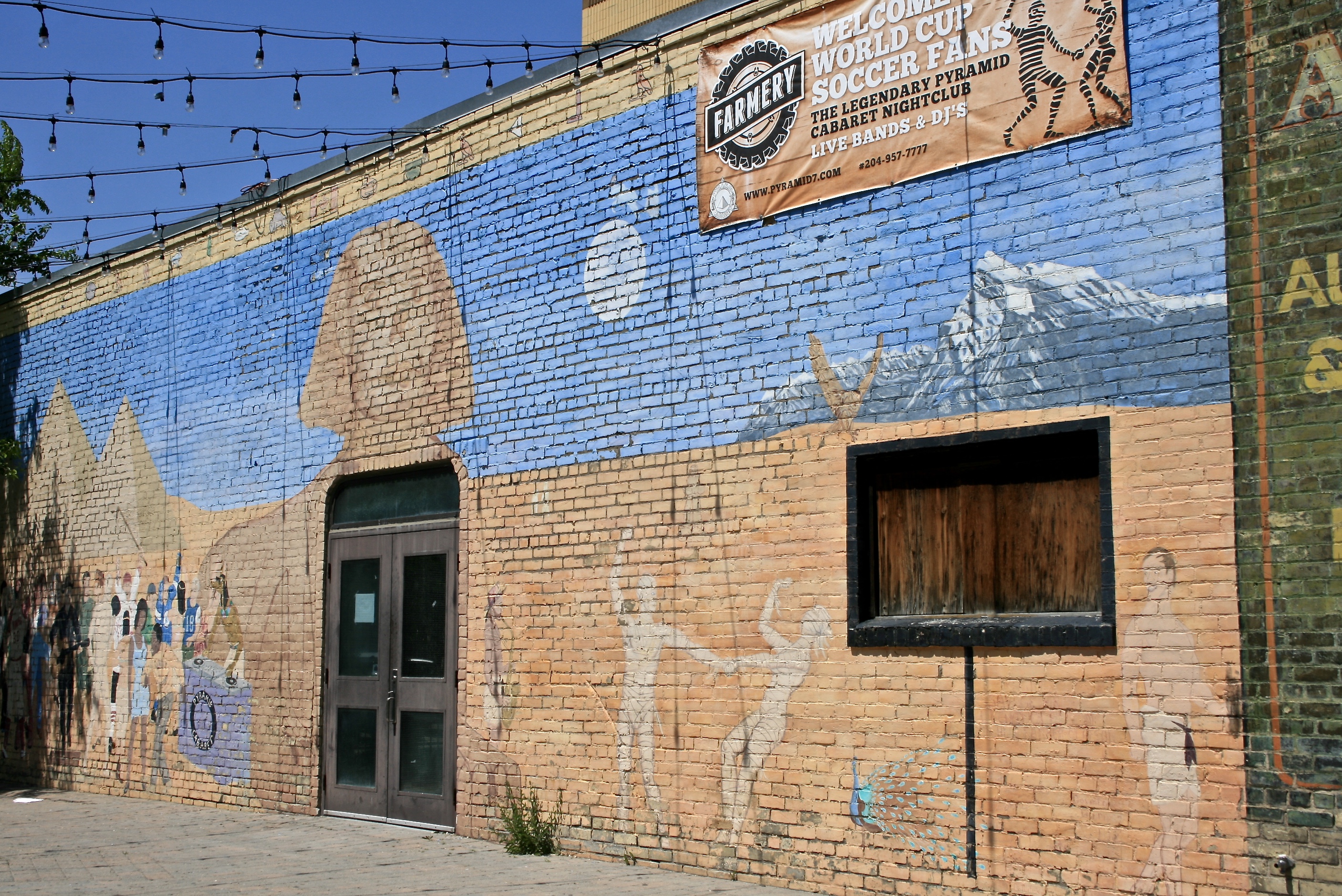 176 Fort Street was constructed in 1930 as Beattie Auto Electric Ltd. For a period of time Fort Street was known for its collection of auto-related businesses. The small two-storey brick building was designed with a large garage door to allow for vehicles to pull in to the building. Beattie Auto Electric Ltd., left the building but an advertisement for the business remains on part of the south elevation.

The building has since been expanded to the south with the addition of a small fenced-in patio. The building is now known as the Pyramid Cabaret, a dance club which features live music. The facade has a stepped roofline and two entrances, one which is just off centre while the other is to the right. On the left of the facade is an inukshuk. A large mural is painted on the south elevation near the doors leading to the patio. The mural was done in 2004 by artists Michele Farber-Olafson and Lloyd Olafson and depicts an Egyptian scene with the pyramids and a sphinx, and a large group of people. The idea was a collaboration between the artists and the owner of the building who wanted an image of an Egyptian rave.