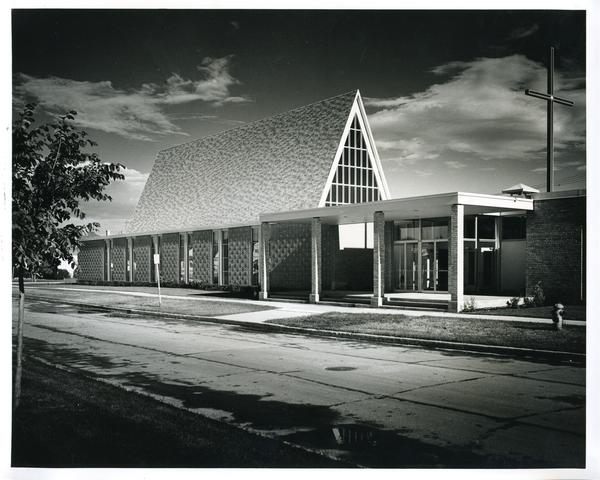 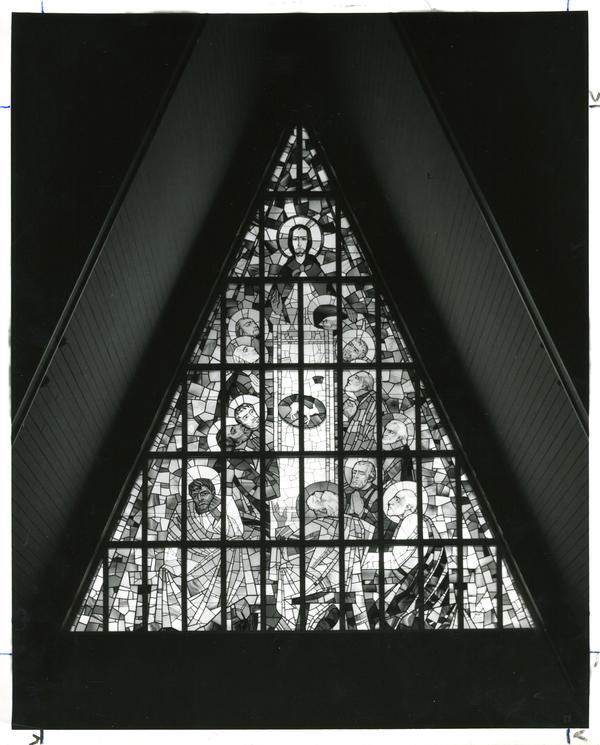 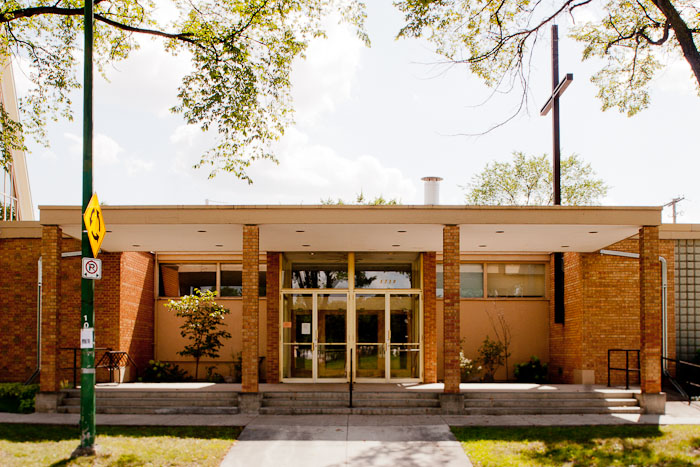 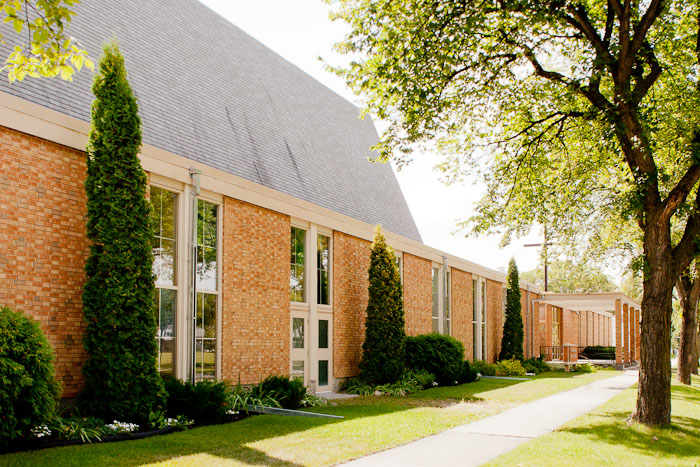 Noted modern architect Ludwig Mies van der Rohe famously stated that “Architecture starts when you carefully put two bricks together.” This starting move is a fairly easy one. Gracefully putting together two brick structures is a more difficult task. To witness this achievement first hand, one place to visit is Westworth United Church, 1750 Grosvenor Avenue. While it today appears as one organic composition, the church was, in fact, constructed in two separate stages by two different architects.

Westworth United Church began operation in 1950, when the congregation was formed during the expansion of the west River Heights neighbourhood. The church’s unique name, like the building itself, is an amalgam, drawing the first part from its location (West, from West River Heights) and the second from the name of its first minister (Worth, from H.B. Duckworth). A site (165' frontage and 125' deep) was purchased on July 7, 1950 for $990 (Lots 55/9-58/9 Bk.3 Plan 2843 St Boniface). That year a temporary building was erected. In 1954 this structure was demolished and replaced by the present gymnasium – the west section of the building. Called the Christian Education Building, this space provided accommodation for both worship and Sunday school. The facility, designed by local firm Green Blankstein Russell and Associates, features alternating spans of warm, textured, peach-toned brick and glass block with a flat roof.

Five years later, in 1959, architects Smith Carter Searle and Associates completed the church with their design of the central narthex and the towering church sanctuary. This work was executed under the direction of the church’s second minister, Rev. Allan Simpson, who succeeded Duckworth in 1951. Describing his approach, architect Ernest Smith stressed "the need to tie in with the existing building and yet give the sanctuary a dominating position." The new sections mirrored the original gym’s height, relationship to the street, and alternation of peach-toned brick and glass. Points of interest include the graceful entry canopy, its lean and level top held aloft by slender brick-clad columns. Behind this a glazed portal space is framed by two exterior planters, a pairing that fuses inside and outside while forming a refined yet dignified entryway. Within this structure is a small lending library located on the west side of the narthex. The narthex and office walls are finished in wood panelling, which continues into the sanctuary (now painted). The sanctuary likewise features exposed brick matching that on the building’s exterior.

Westworth’s sanctuary is defined by its soaring A-frame form, which is encased in a one-storey surround. Within the nave, interior decoration includes the tongue-and-groove wood ceiling. This is framed by sturdy joists--instead of laminated beams (as originally drawn and proposed) steel beams were used, faced with hardwood, selected to minimize obstructions within the nave. These were constructed by Dominion Bridge of Winnipeg, the first church contract for the company. Originally unpainted, these beams are now white. Straight-backed, blond-wood pews came from the Valley City Company of Dundas, Ontario.

Overall, Westworth United Church features a finely wrought modernist architectural vocabulary. Well-considered proportions, materials, and such details as the projecting decorative brick cross-pattern on the east wall make this a noteworthy ensemble. Architectural thought was even extended to the diminutive original church signage, which is framed in brick. Further enhancing this whole are the first-rate, sizable, stained-glass windows by Leo Mol, which date to 1959. Among these are the large east-end sanctuary window "The Last Supper" and, along the south elevation a series of eight smaller panels. The leftmost of these depicts the dove of the Holy Spirit and the bread and cup of Communion. Adjacent are panels depicting the four Evangelists. The cost of materials for the stained glass (not including artist's fees) was $2,000, while the overall cost of church construction was $200,000 (this number includes construction, furnishings and architect's fees).

Extensive renovations to Westworth were undertaken in 2002. At this time the sanctuary and narthex were remodelled and new washrooms and an elevator were added.