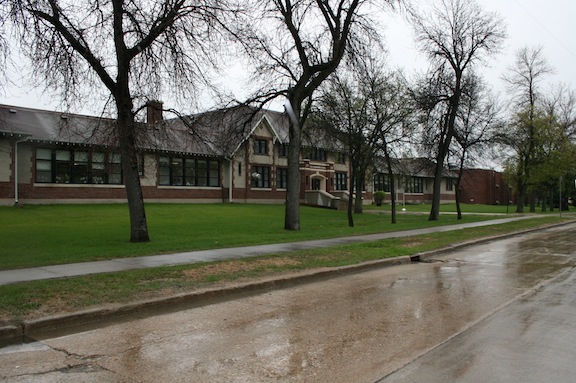 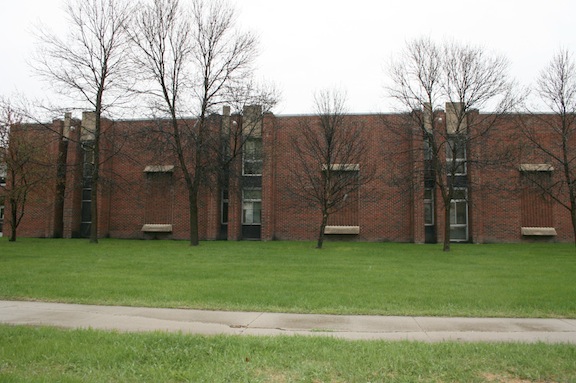 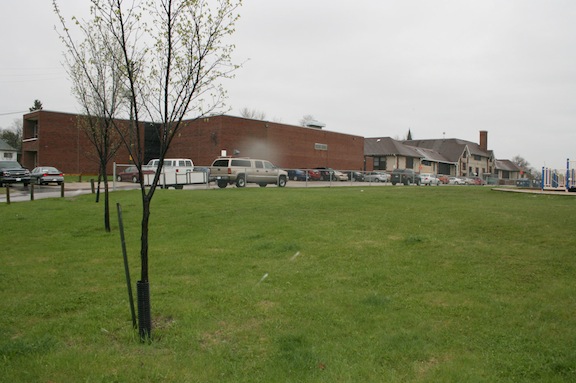 The original 1920 design for Assiniboine School (located, appropriately, near the banks of the Assiniboine River) was by the local Winnipeg firm Pratt and Ross. The building takes the form of a one-and-two storey structure clad in brick, stucco and stone designed in a picturesque style. A hipped roof complimented by doubled gables and a flèche standing tall and proud at centre. The design of the school recalls late English Arts & Crafts architecture, in particular the work of C.F.A. Voysey, a figure noted for drawing heavily on vernacular rather than academic traditions. While this approach typically expresses a certain informality, the symmetry and distinguished stone and brick entry at Assiniboine School lends an appropriate level of dignity worthy of an academic institution.

Within this older part of the building, to the main entry hall was added, in the 1920s, dramatic and quite sizeable murals. These were based on designs by Winnipeg School of Art students Beth Dart Ballantyne and Lulu Bingham, and were painted by these artists with help from Alan Dowling and Jack Perk. At this time the entrance hall of the school was redesigned to suit the new murals. One of these murals represent a campsite indigenous Canadian peoples; the theme for the artwork was Canadian history. One of these murals was removed in the 1960s.

The the original Pratt and Ross school building were added a gym in the rear east side (1963-4), followed by a front addition (1967) in the same scale with red brick and light trim as the old, but with a thoroughly modern look – a sensitive addition to what might be considered one of Winnipeg's most attractive schools. The west-facing addition is two storeys high with its double row of windows grouped in pairs and lightly accented with trim to echo the older building but not imitate it; particular attention was paid to the south entrance so as not to take away or clutter the facade and compete with the older section. The gym addition to the rear ties nicely with the later design, possibly both parts of the same overall plan. Sightlines for the old school from Portage Avenue.