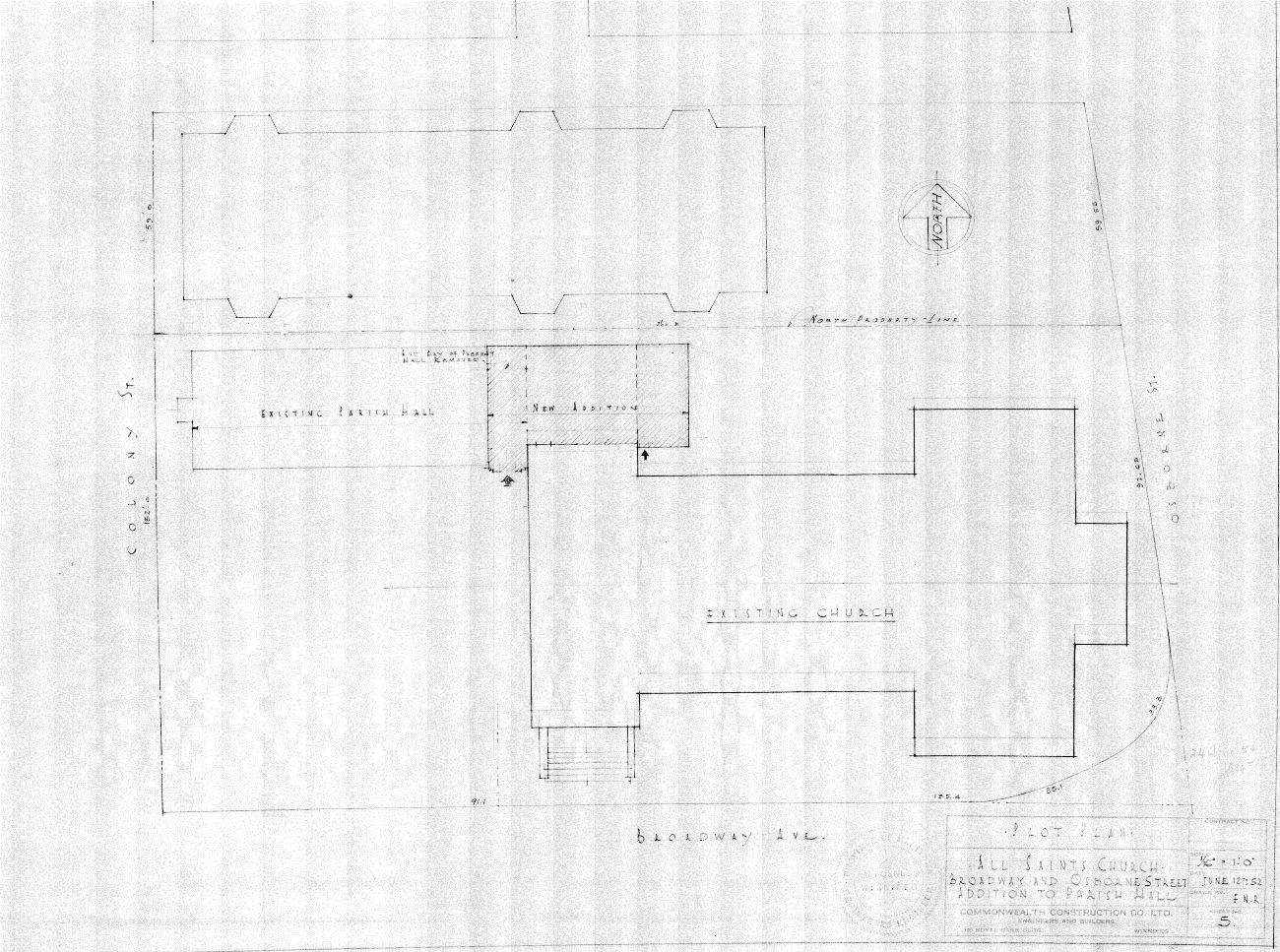 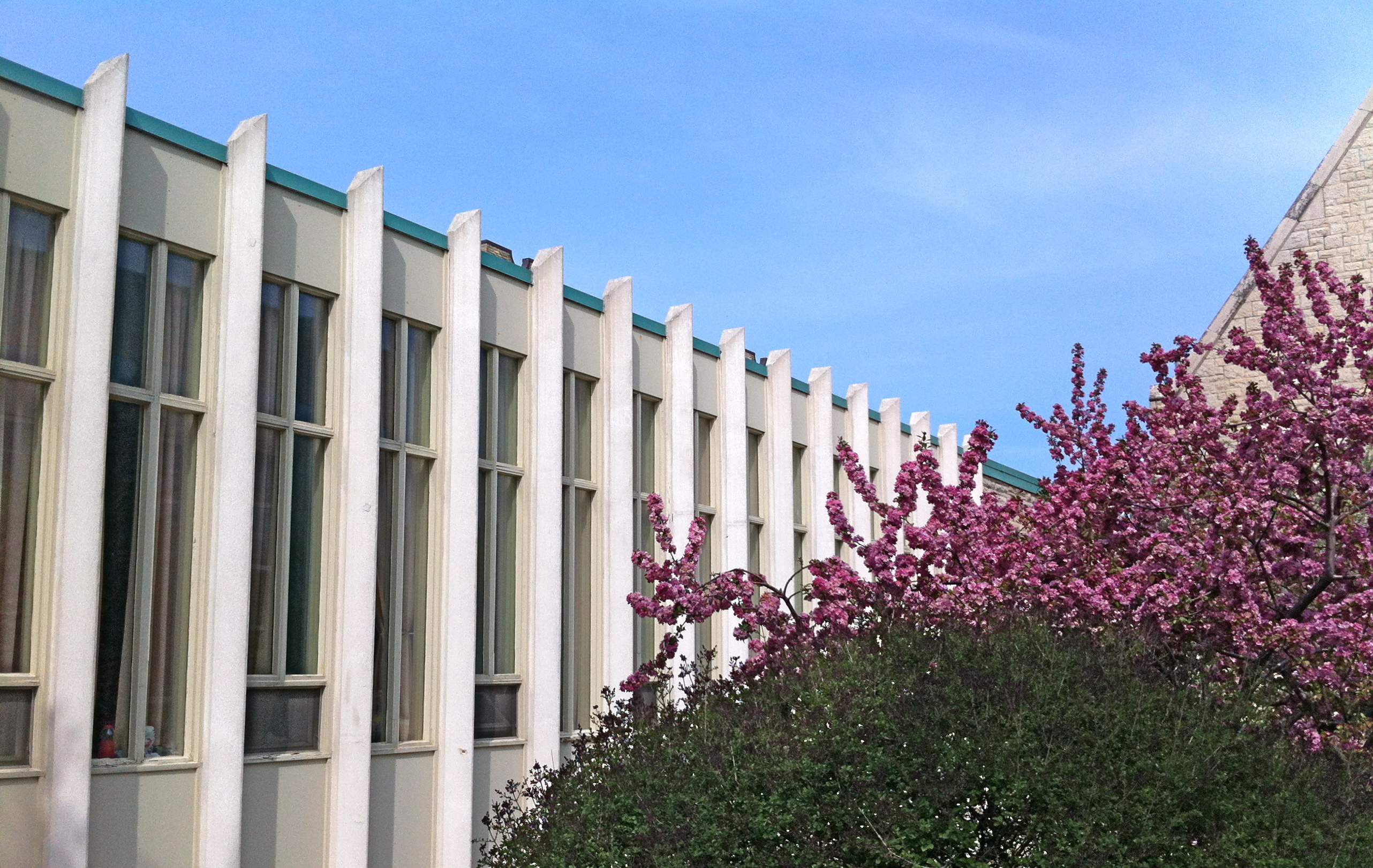 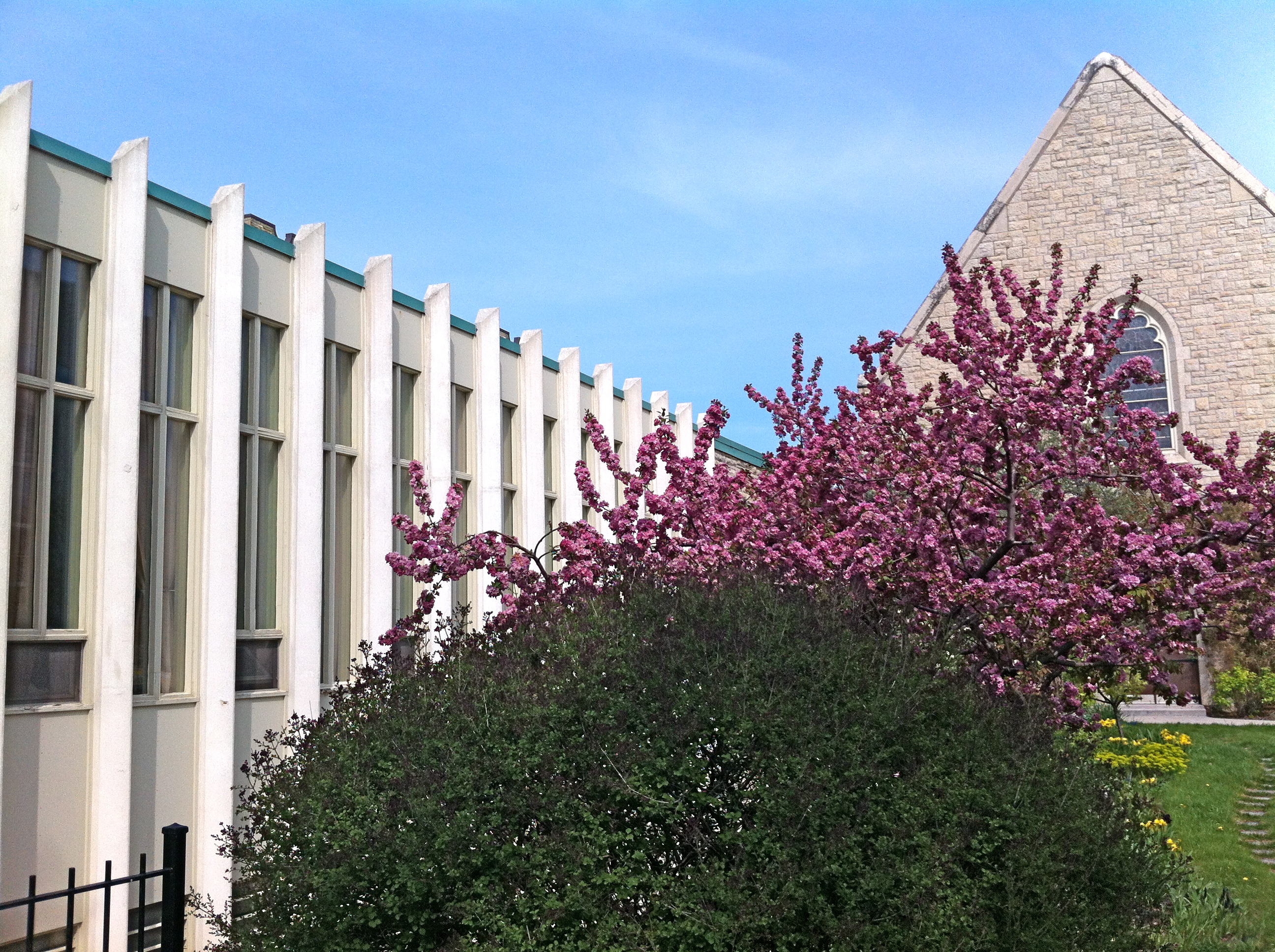 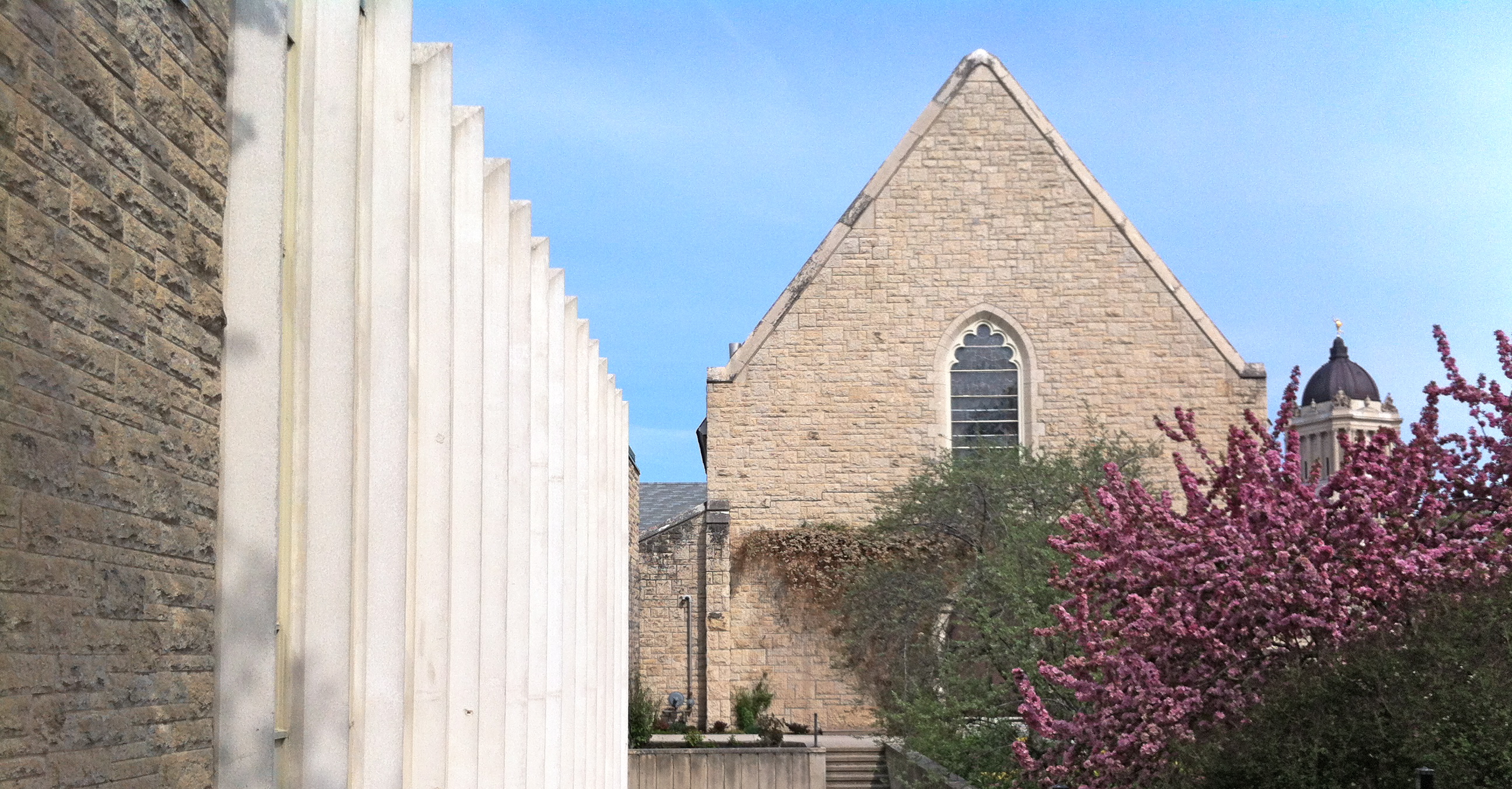 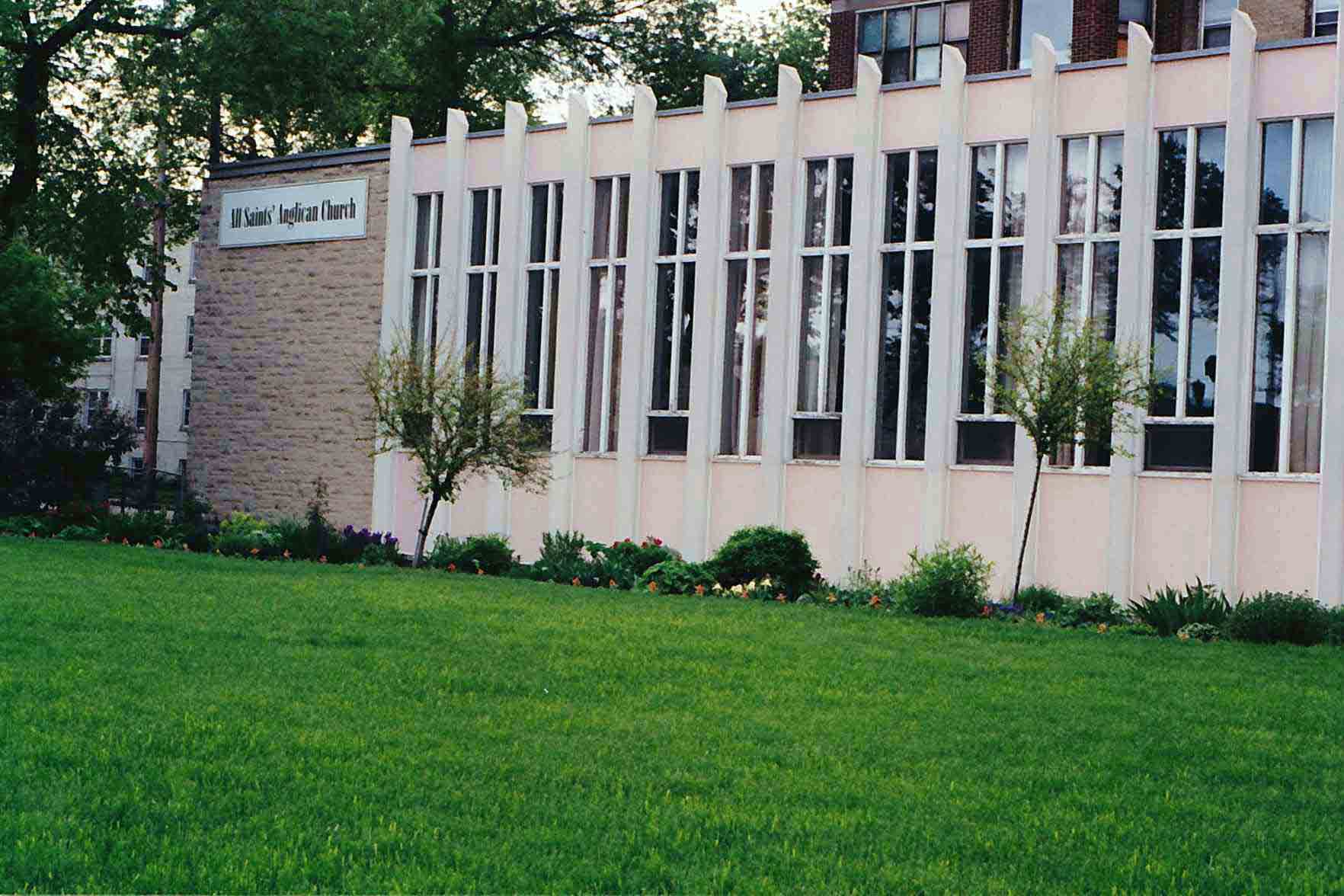 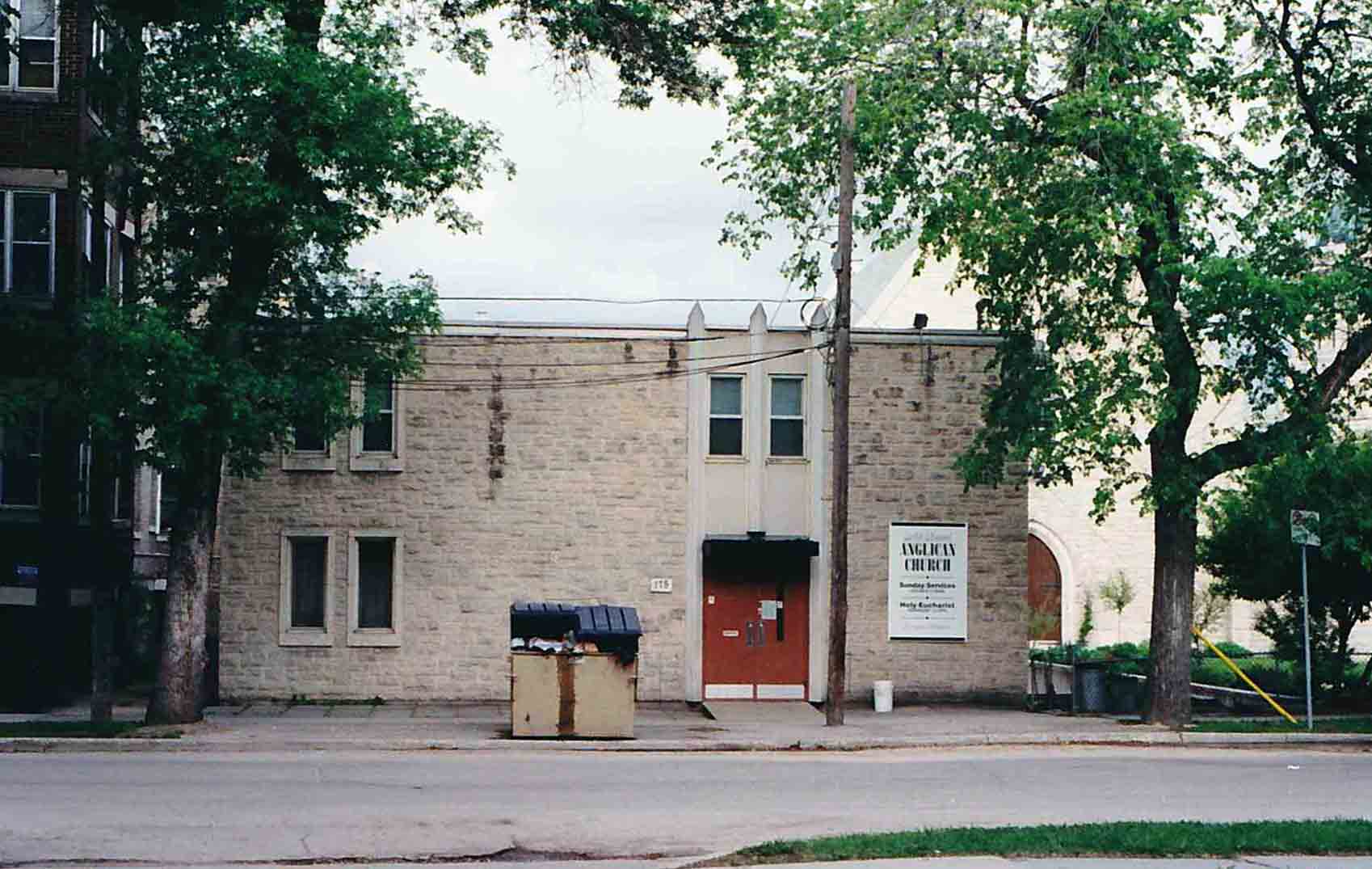 All Saints' Anglican Church was designed by the Winnipeg firm of Northwood and Chivers in 1925-26.

In 1952, a connecting building was constructed between the church and the original parish hall, at an approximate cost of $30,000. In 1964, architect George Stewart designed a church parish hall at a cost of $101,500. This section of the All Saints' Anglican Church complex is sited on the corner of Broadway Avenue and Colony Street. With a structure of standard concrete block, the building stands on a site-cast concrete foundation. The main (Colony Street) and south (Broadway) elevations are faced in rough-hewn Tyndall stone, whose pattern echoes that of the adjacent Tyndall stone neo-Gothic church erected 29 years earlier.

The parish hall's rectangular bulk is broken up by a series of narrow windows, which are separated with light-toned concrete cross-shaped mullions. With pointed vertical ends, these mullions draw the eye upward, a gesture which again recalls the neo-Gothic treatment of the earlier church, reimagined in a modernist vein. The hall's partially operable windows overlook a landscaped yard, surrounded by a recessed garden and seating area. The rear of the hall is finished in stucco, with Tyndall stone sills and galvanized metal trim. As designed, the ground-floor plan accommodated a choir vestry, baptistry, rector's study, assistant's office and washrooms. A residential suite was planned above.

All Saints' Church has stood at the corner of Broadway and Osborne Street North since 1884. The original building was made of wood, designed in an English neo-Gothic style and capable of seating 450 people. The widening of Osborne Street North in the 1920s led to its demolition and the erection of the 1925-26 church.