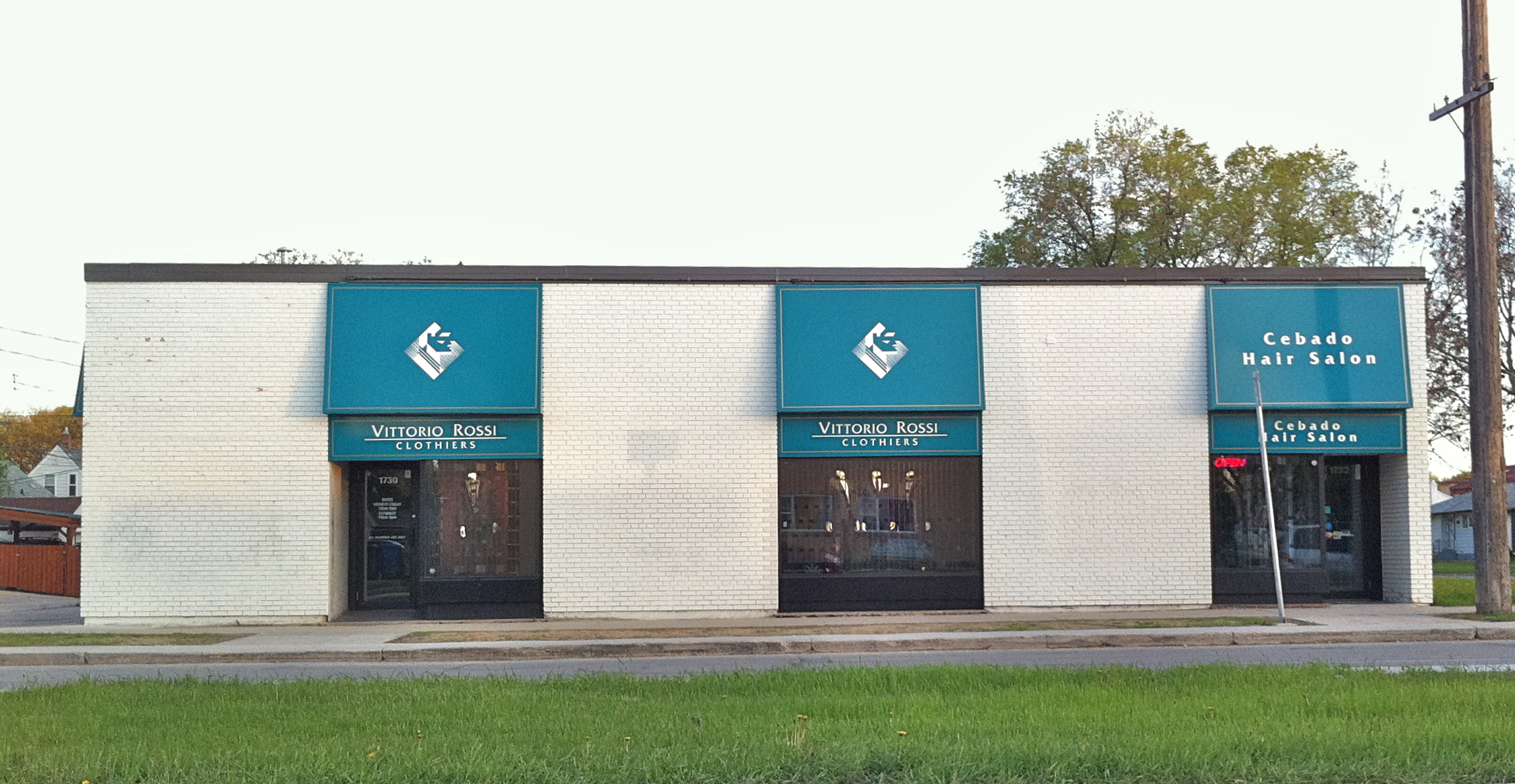 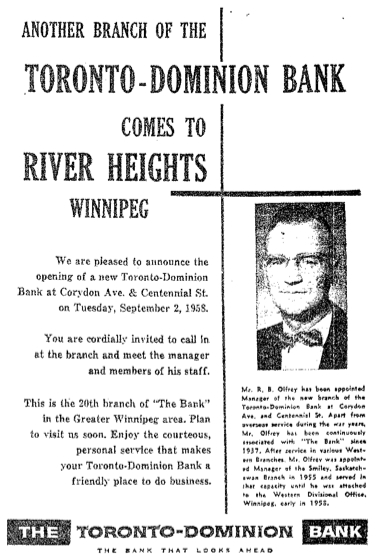 1730 Corydon Avenue was constructed in 1958 as a home for a River Heights branch of the Toronto Dominion bank. Typical of its era and the Toronto Dominion's branches during this period, the building features a simple modernist design with alternating rectangular sections of brick and glass. This address has since been repurposed into retail space.