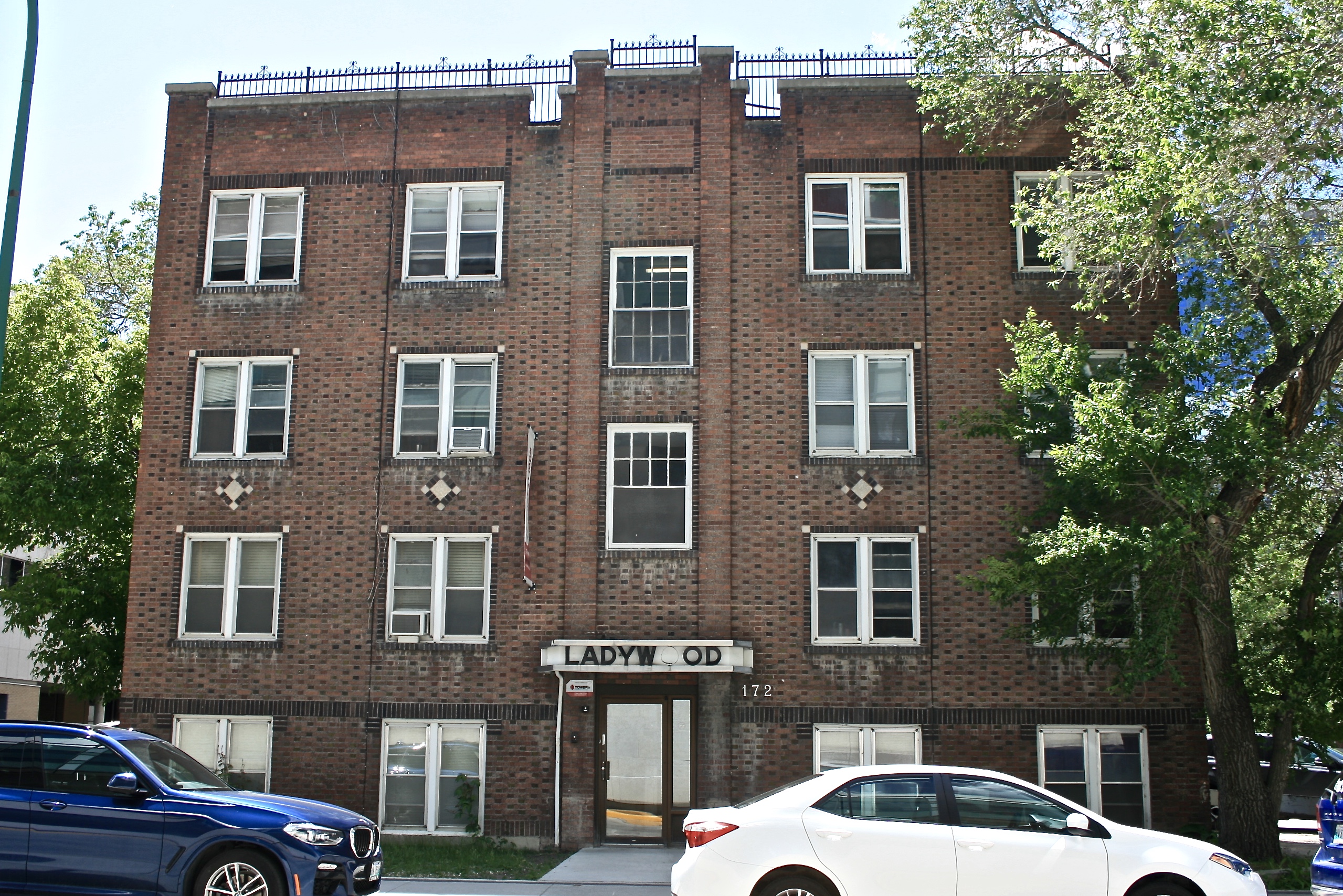 The Ladywood Apartment Building, 172 Edmonton Street, was constructed in 1931. The four storey building was designed in the shape of an I, meaning the front and rear of the building extend wider than the mid section of the building. The Edmonton Street facade has a central entrance with every half floor providing access to a new floor of suites. The basement level windows peak up at sidewalk level. The exterior brick work is designed in a pattern which alternates between a rust brick and a dark brown brick. Separating the first and second floor apartments is a stone accent arranged as a diamond. The roof top of the facade holds an iron fence. Besides a small marquee with the name Ladywood written on it, the facade is mostly flat. The suites within the building were designed as three-two room apartments, advertised in the Winnipeg Free Press after its construction.