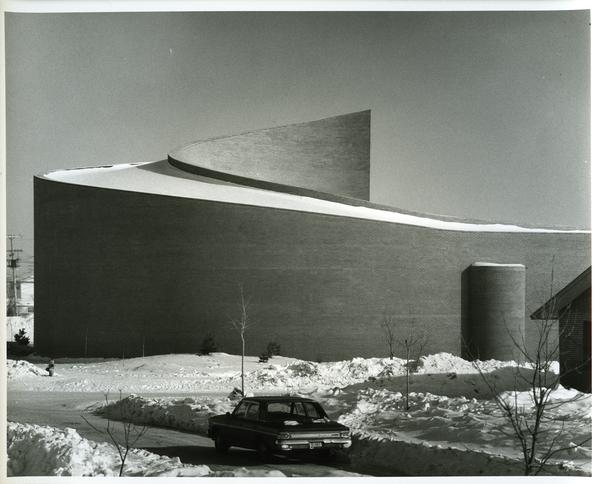 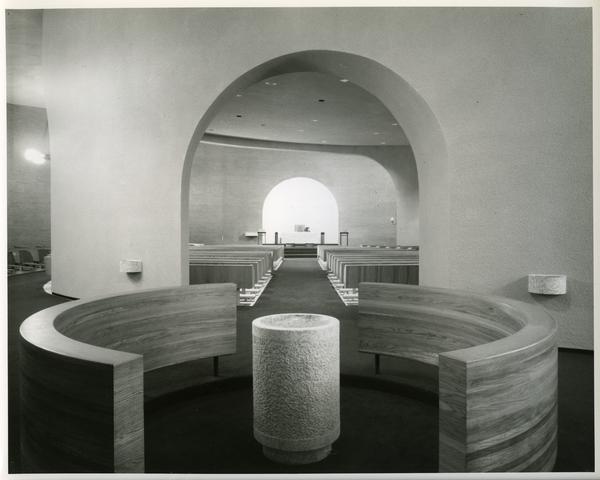 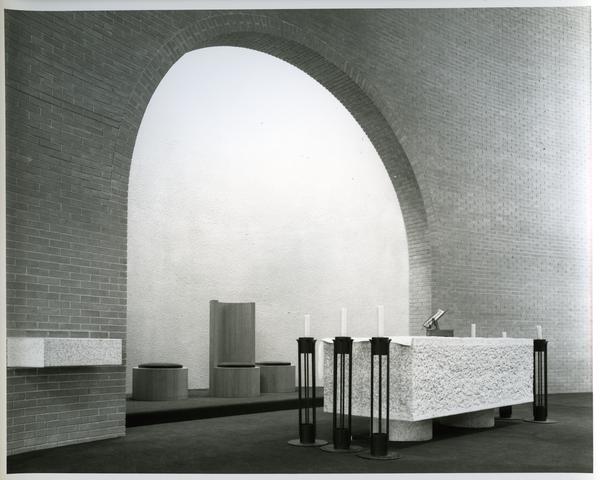 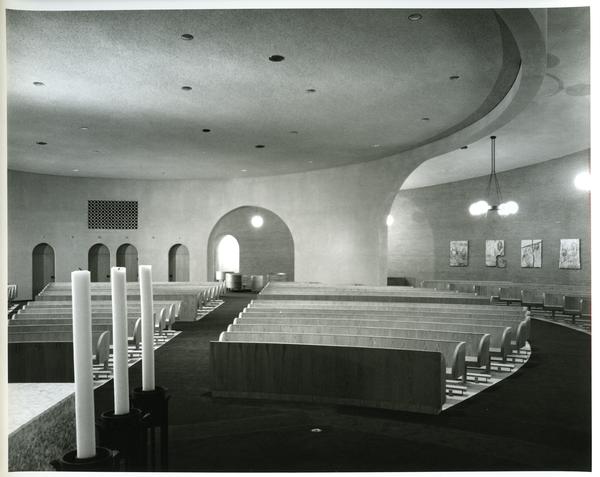 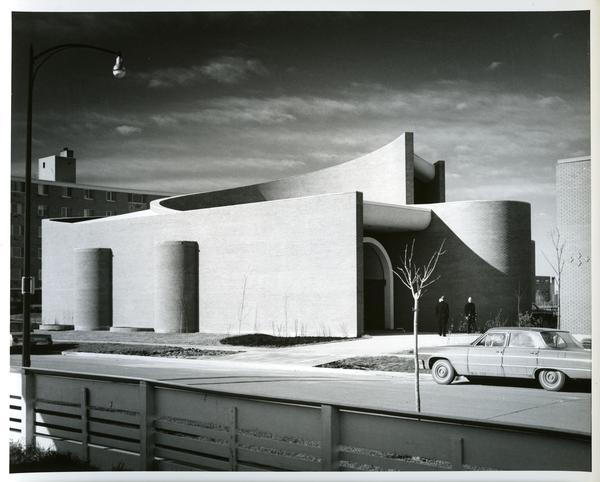 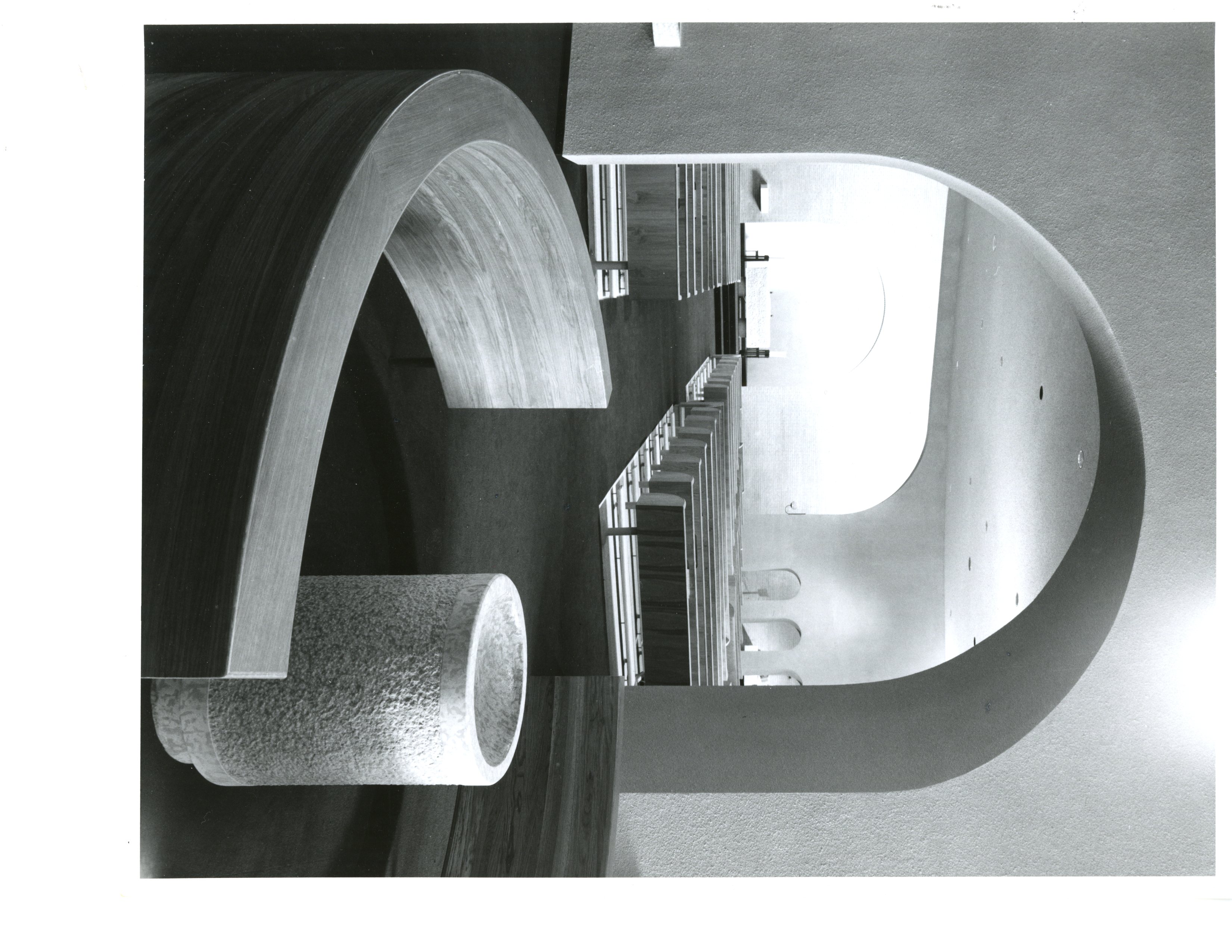 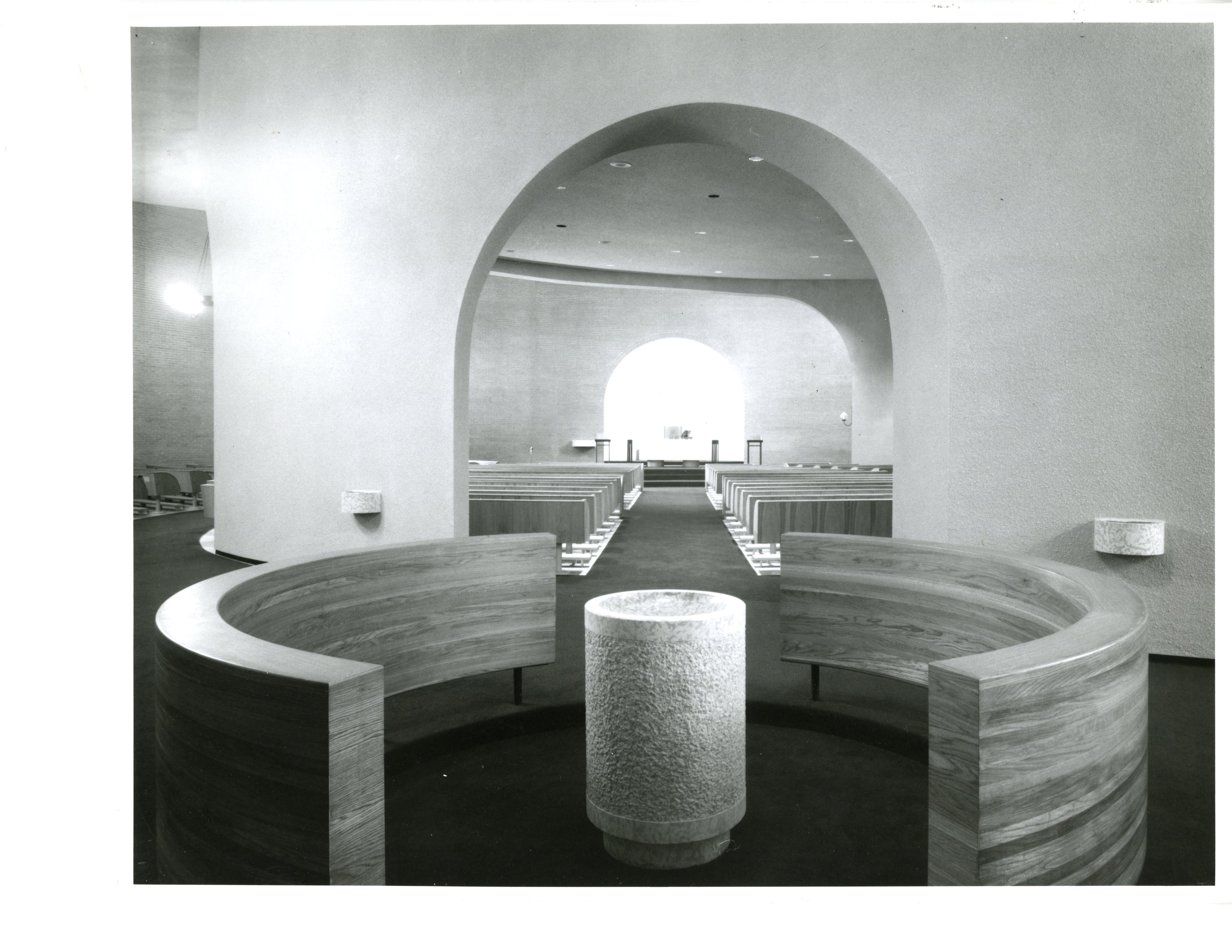 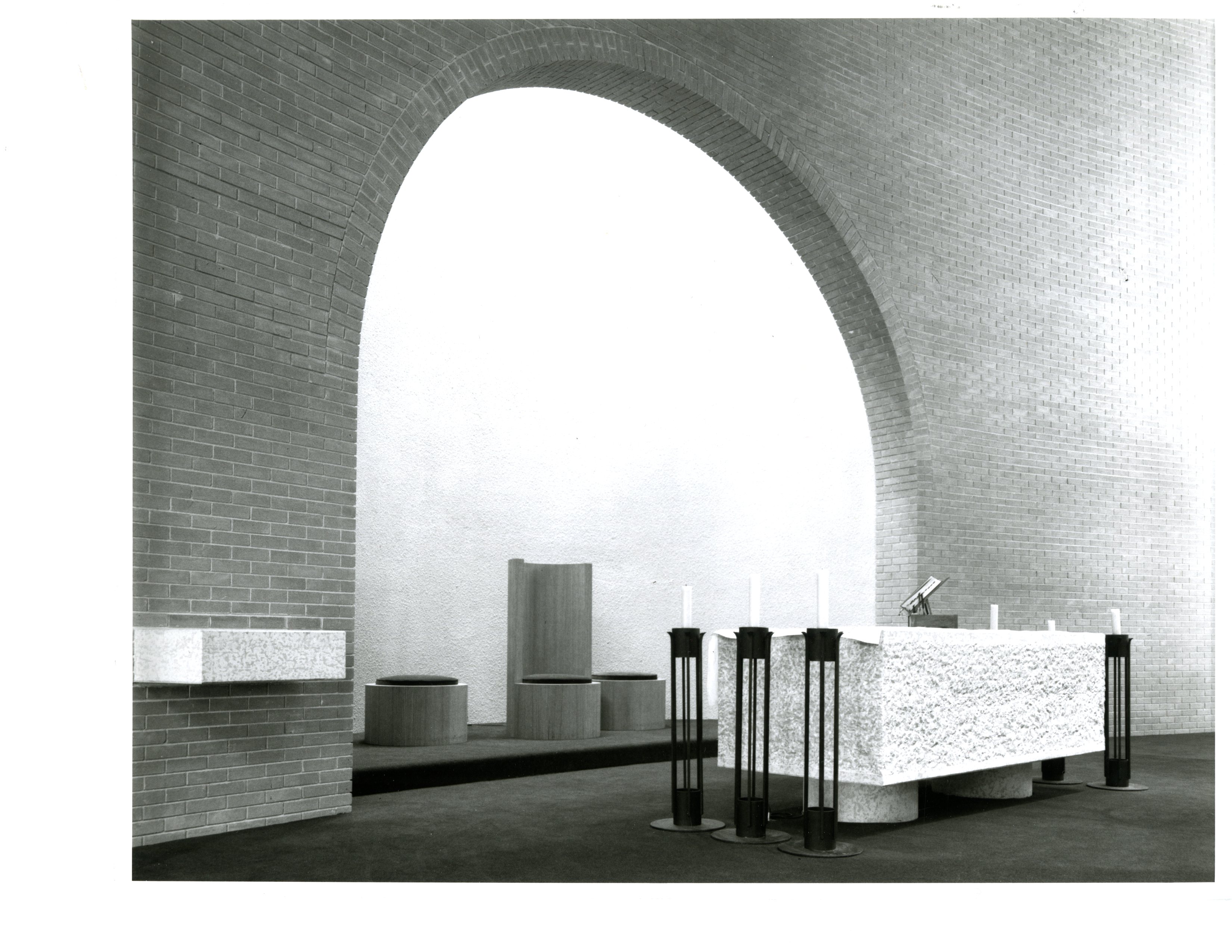 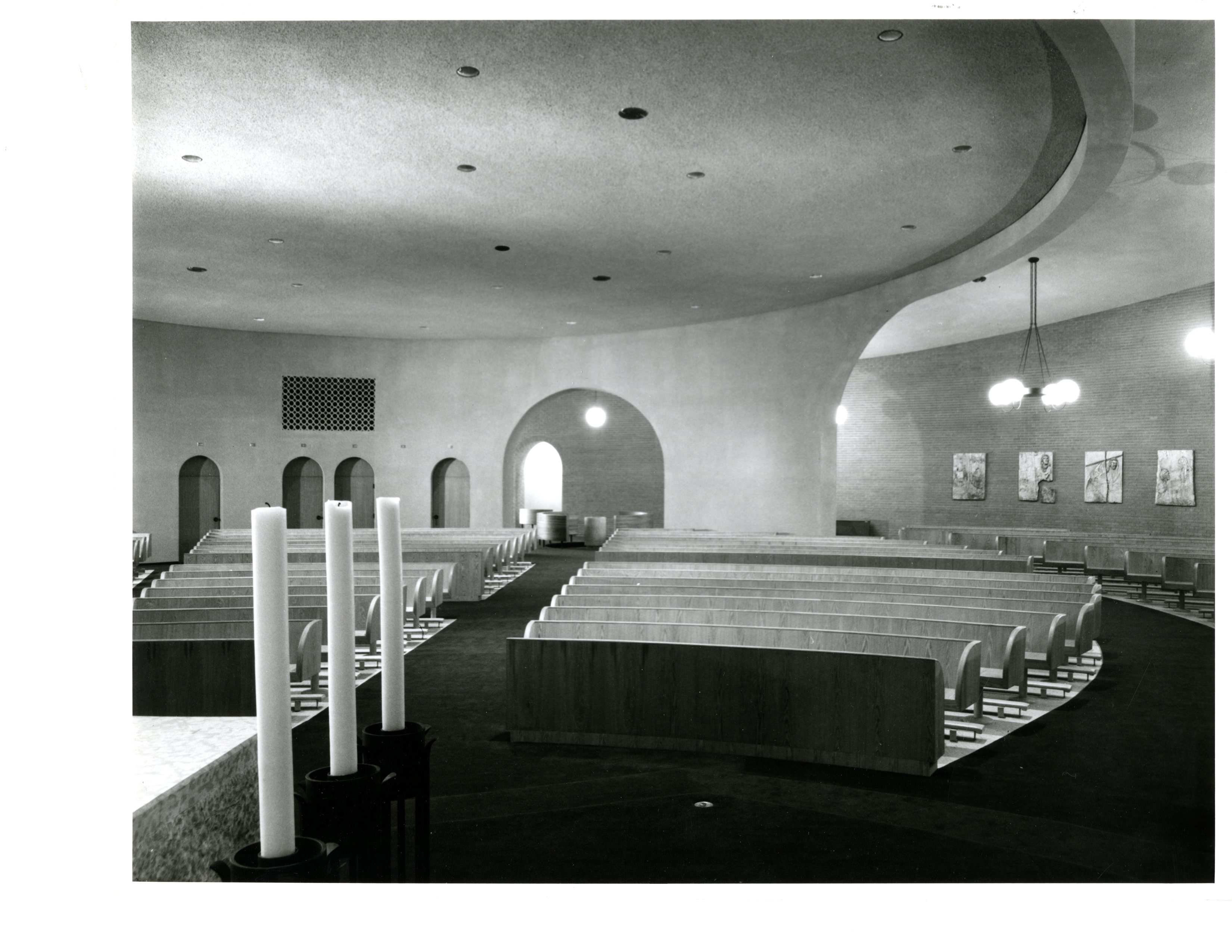 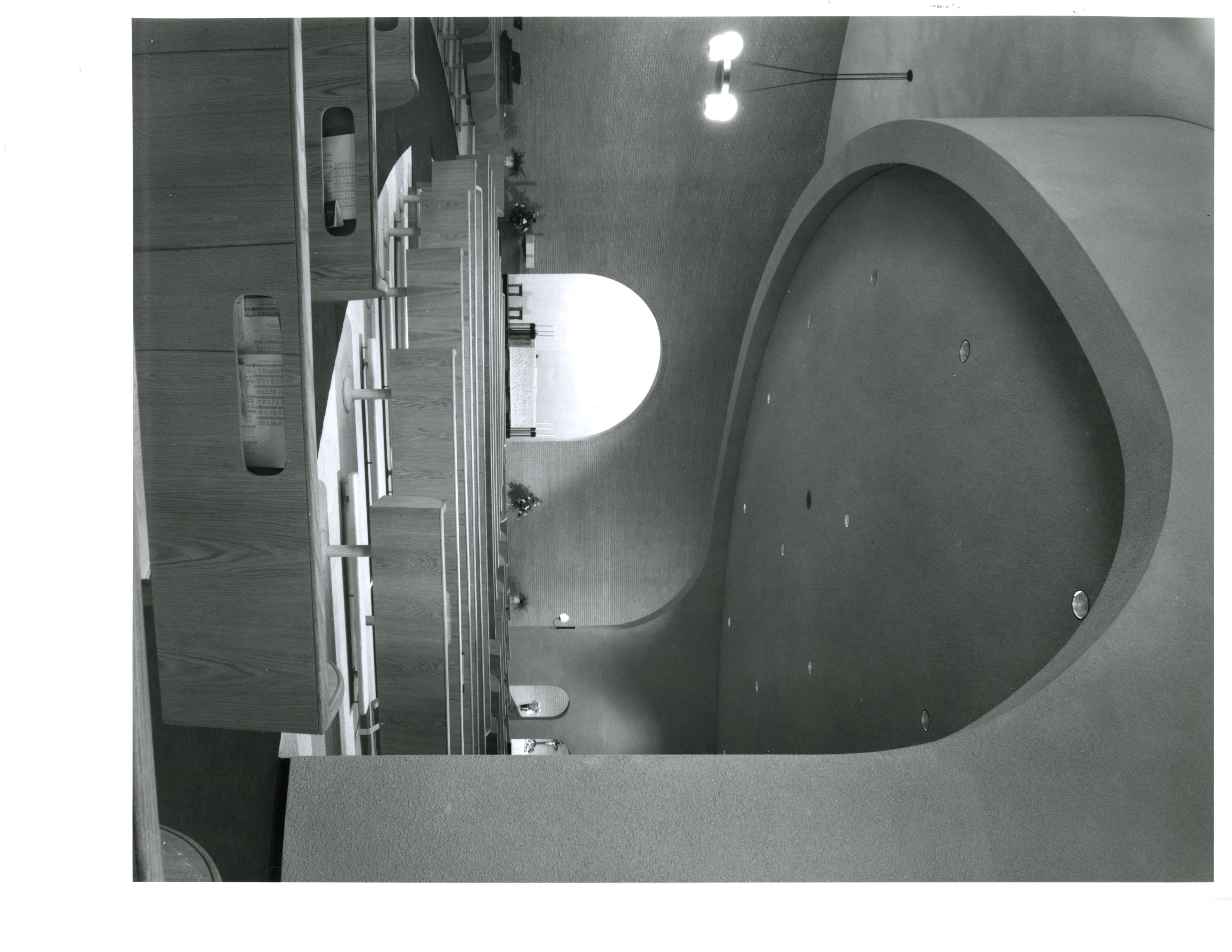 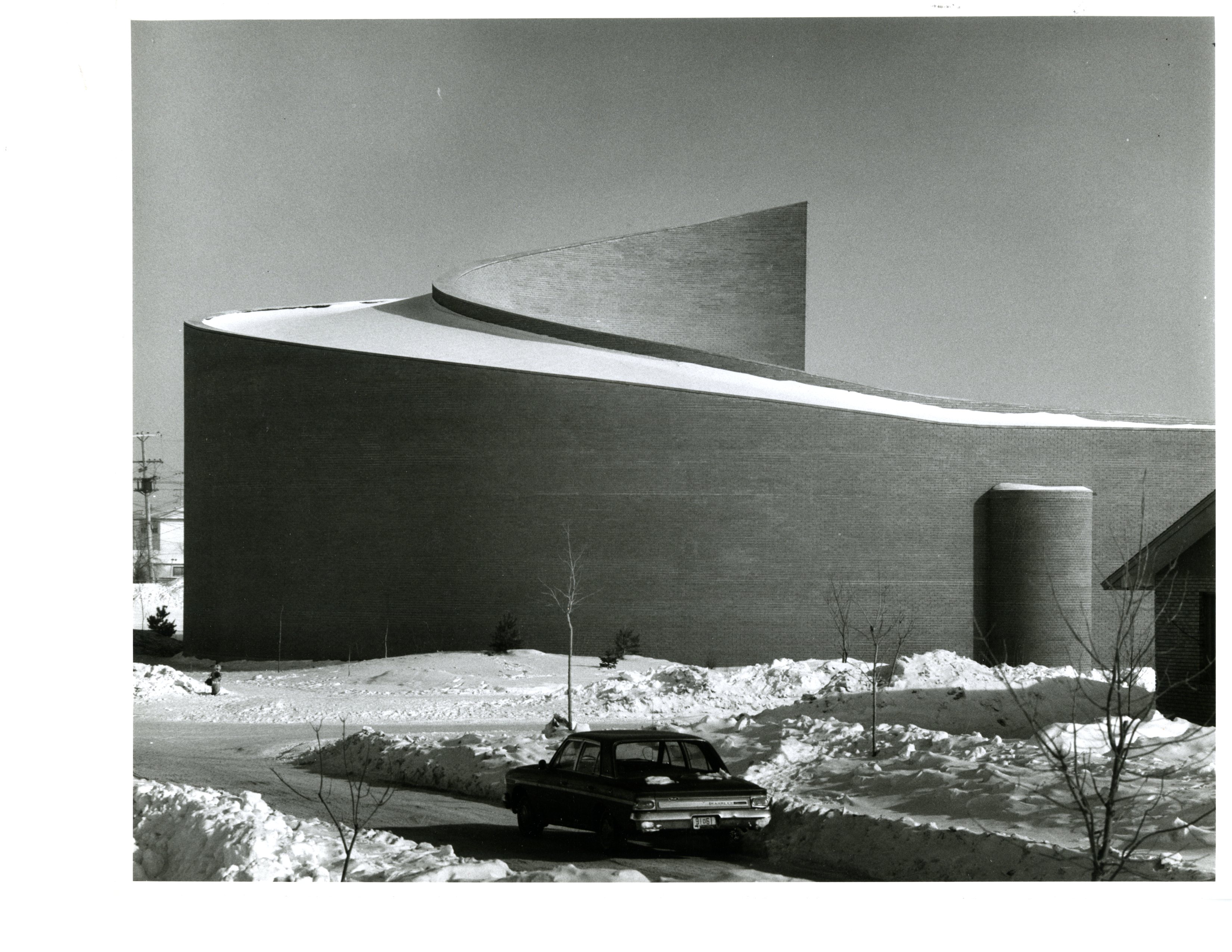 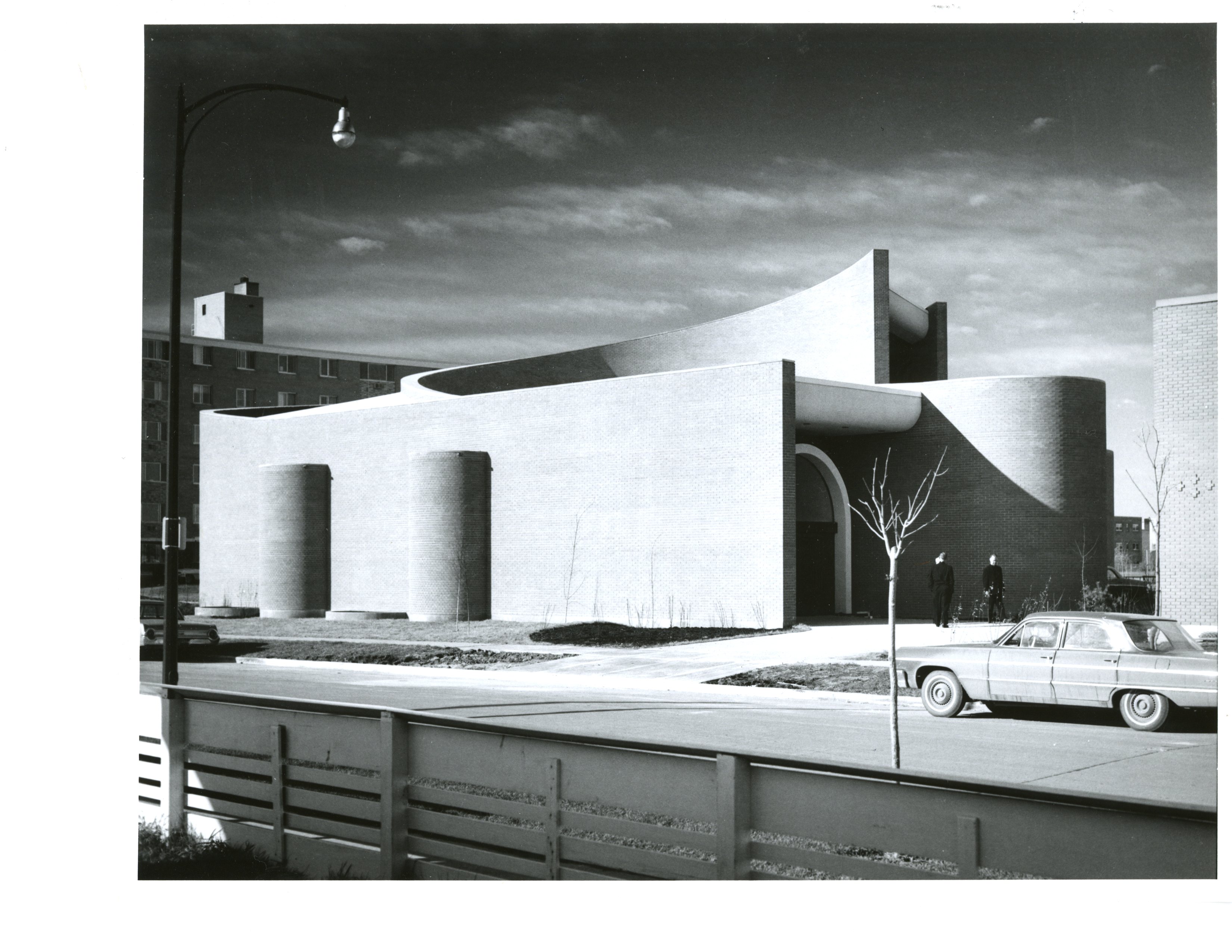 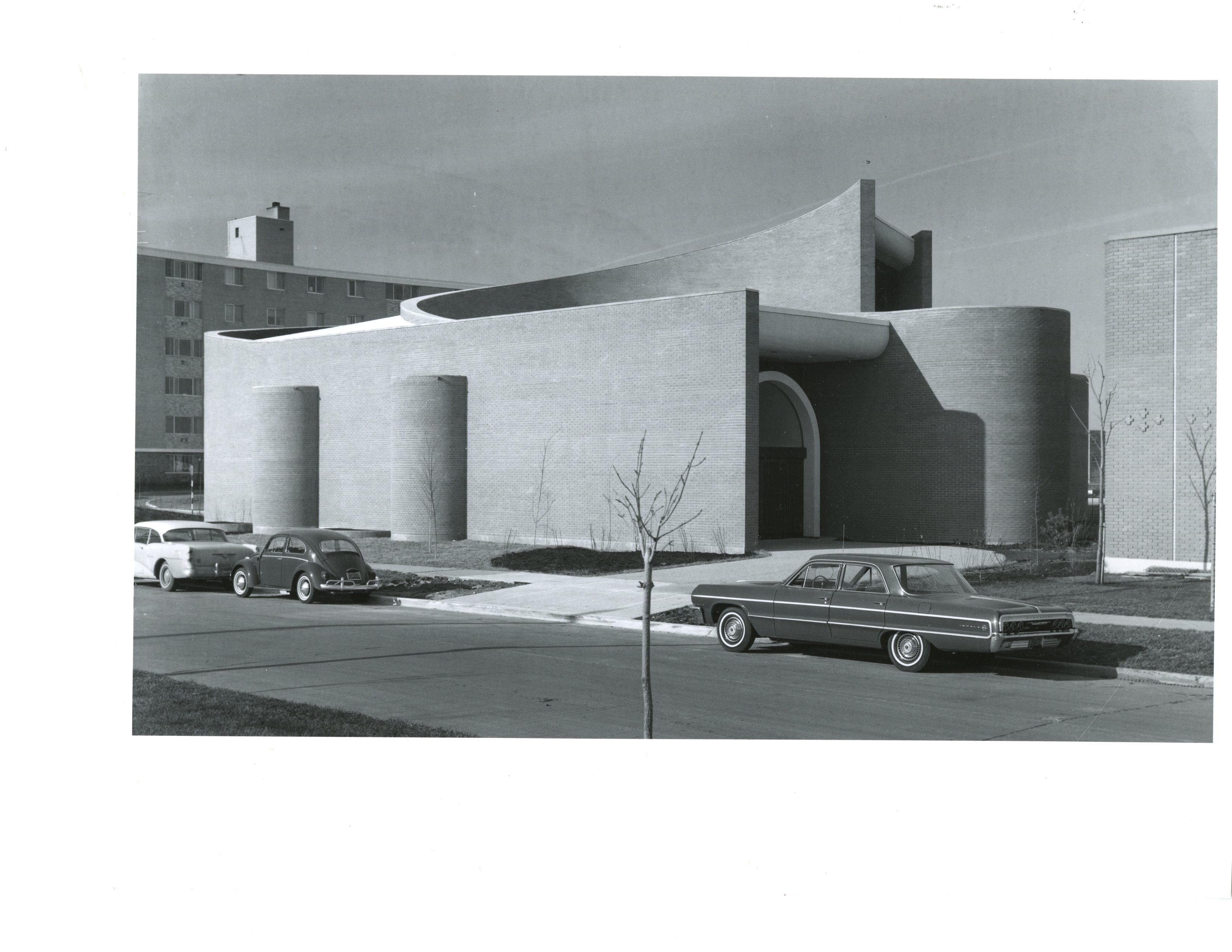 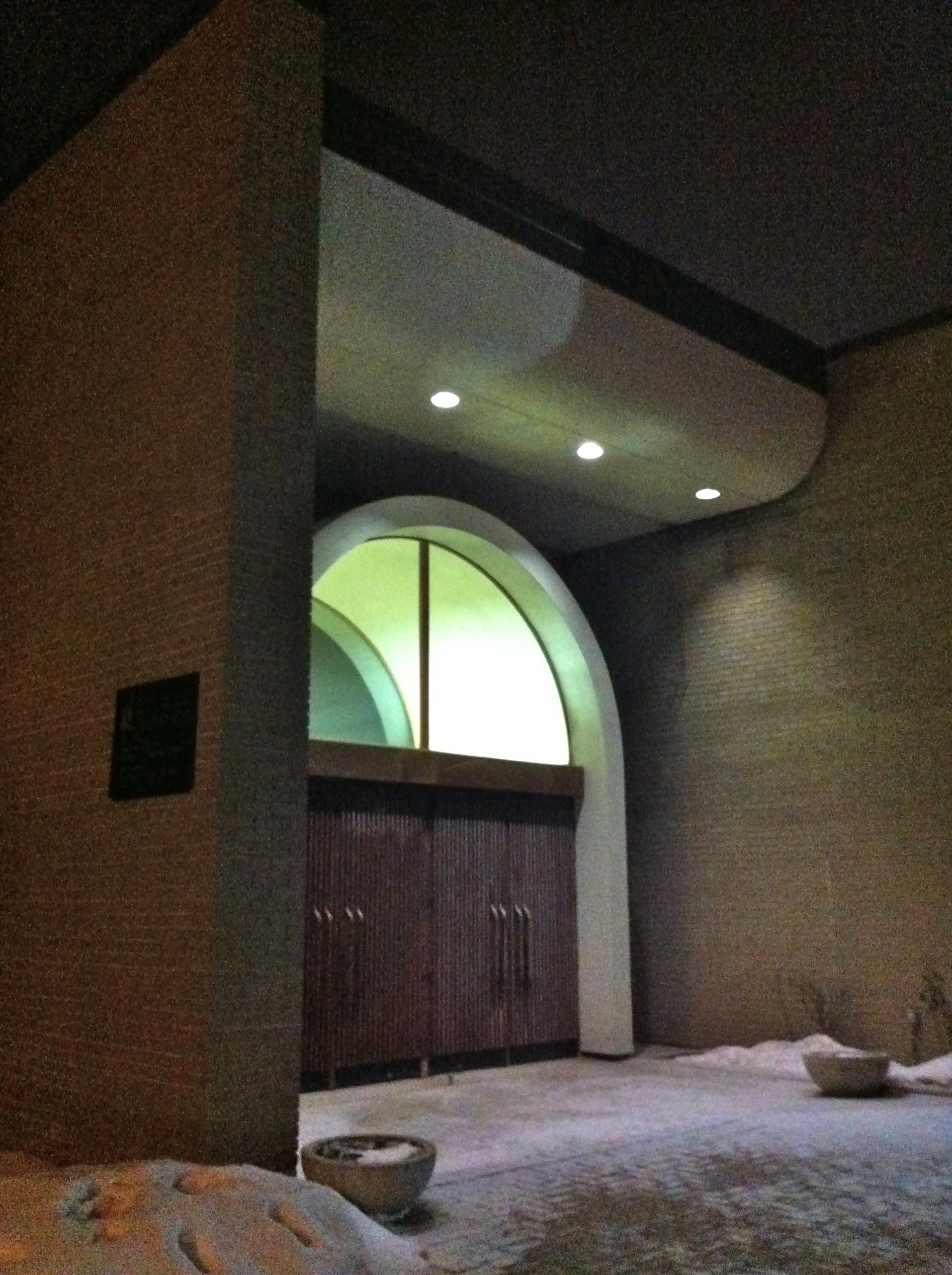 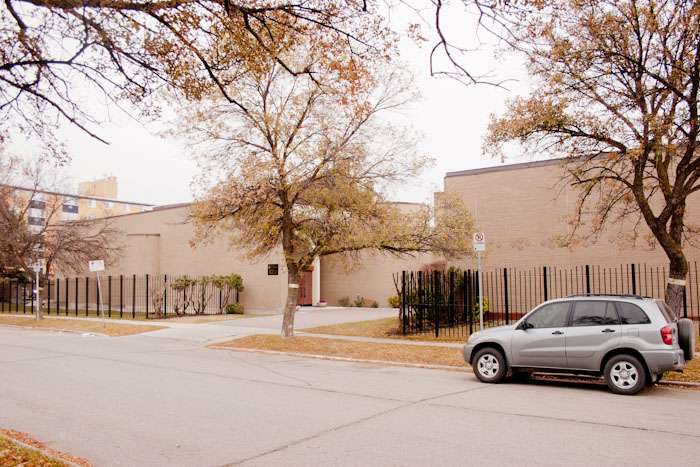 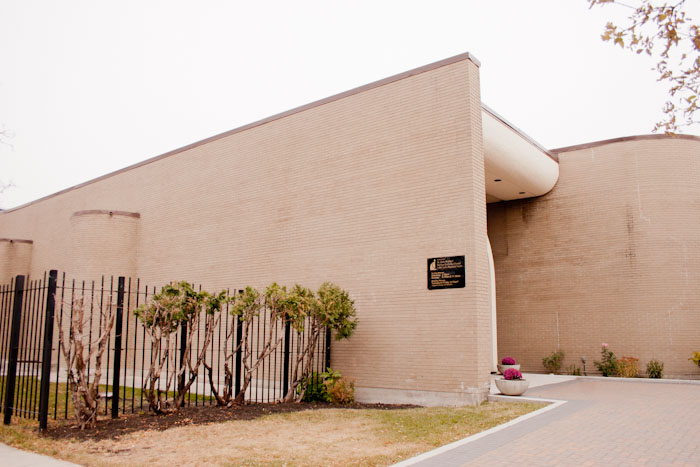 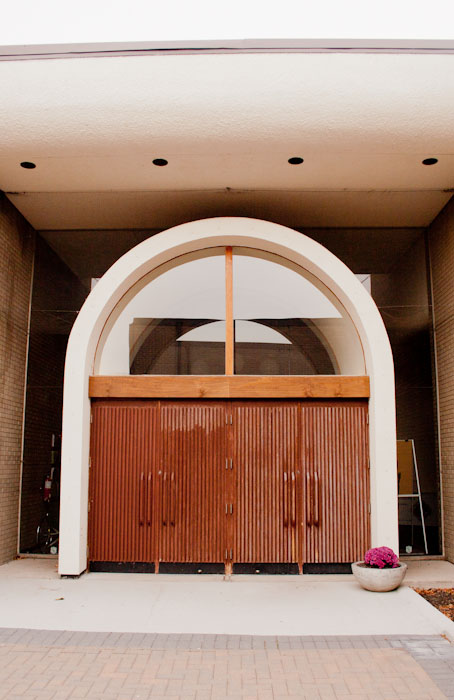 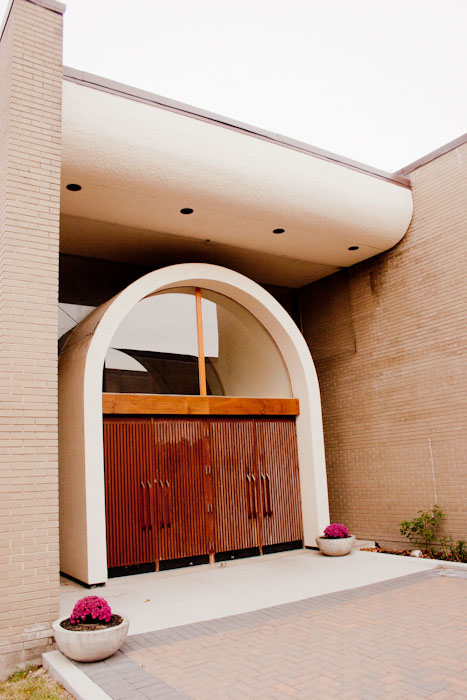 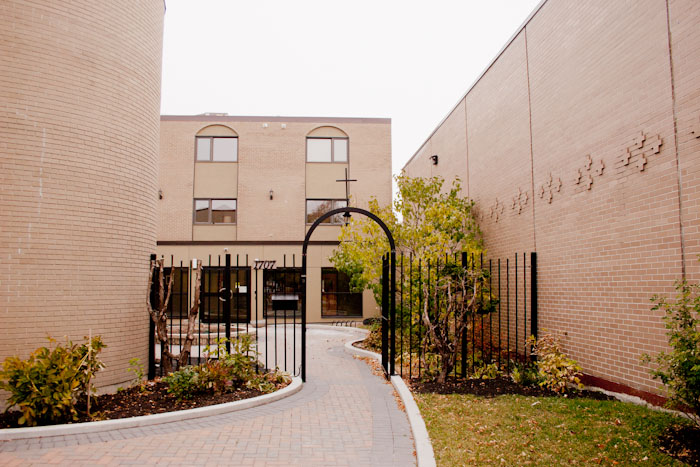 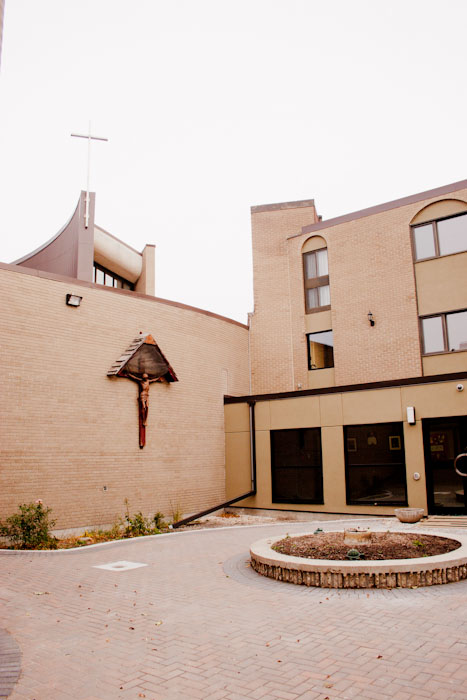 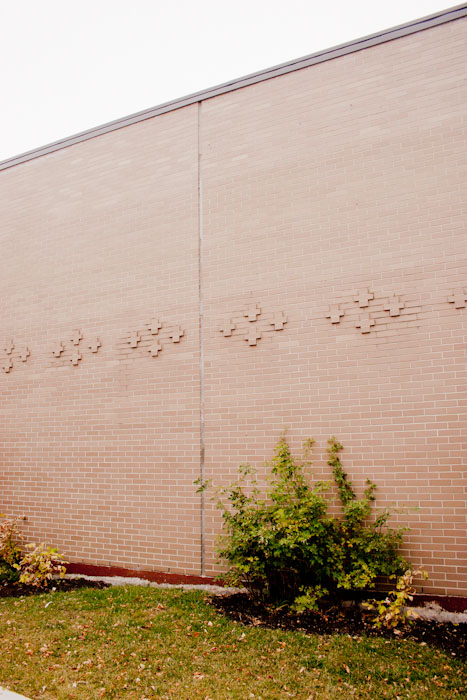 Les Stechesen, Libling Michener Associates, designed St. John Brebeuf Church and Mel Michener was the Partner -in-charge. Located at the corner of Lanark Street and St. John Brebeuf in the neighborhood of River Heights, the building's striking round form was conceived to conform with the liturgical and architectural principles promulgated by the Second Vatican Council of 1963. Beyond this functional demand, the curved, sculptural space was designed to imbue a sense of oneness – between attendees and the clergy and between church-goers and a higher power. The resulting structure is a gentle and contemplative space formed by a series of interlocking curved walls and a conscientious use of natural materials. St. John Brebeuf Church was the first church space within its archdiocese to be constructed following this 1960s change in liturgy. It's construction was completed in October of 1965 following two full years of discussion, planning and design.

A concern for site can be noted in the visual reference to an existing apartment block on Lanark Street, which shares a rounded form. In lieu of traditional concrete formwork, the 16” thick walls were fashioned with a new system of laying up interior and exterior face brick, in stages, and pouring the interior cavity with a lightweight concrete mix. A large single curved beam, braced by high tensioned steel, sits atop these walls.

Within the nave, physical boundaries were removed between the priest and congregation, including the traditional communion rail historically used to separate the altar from worshipers. Both congregation and priest access the church through the primary entrance, which frames the baptismal font and looks beyond toward the altar. Further, the circular floor plan allows an unrestricted view, from any seat. Organic lines continue within, including rounded interior wall openings, ceiling details and smooth interior finishes. The baptistry and main altar are constructed of Tyndall stone, weighing seven tons; they were quarried in Garson, Manitoba. Twelve stations of the cross, mounted sequentially on the curved back wall of the sanctuary, were designed and fashioned by John Daniels, a Professor at the University of Manitoba’s School of Art.

The building is connected to the existing St. John Brebeuf School also designed by Libling Michener.

In the words of the Winnipeg Tribune's Canadian magazine, it was “altogether appropriate that when St. John Brebeuf Roman Catholic Church was built in Winnipeg, its designer threw over the traces of traditional church architecture and erected a building as bold and daring and unique as the canonized Father Brebeuf himself.”