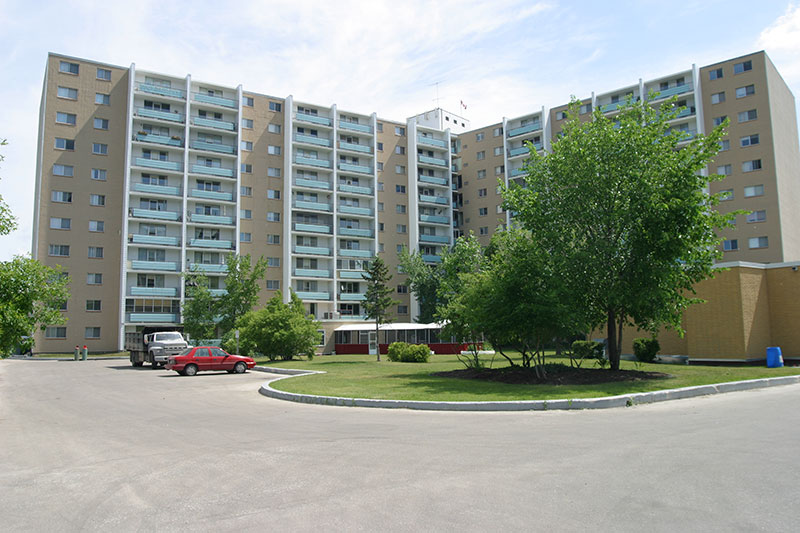 As a high-rise apartment tower, 1660 Henderson Highway represents a common architectural type erected in Canada's post-war decades. The building's concrete construction and streamlined exterior aesthetic is a familiar manifestation of the form, speaking to the modernist character of this genre of building and this tower in particular. The structure also fits with the tendency for the larger examples of such buildings to have a sense of a city-within-a-city, with a number of amenities included in the building's program. Here these amenities included at the time of the building's construction included a sauna and indoor pool.

Riverside Plaza was part of a construction boom which saw North Kildonan assume a new character in the years 1970-72, just prior to the community's entry into "Unicity" Winnipeg. Its construction coincided with nearby Donwood School, a large townhouse development between Springfield Road and Donwood Drive along Raleigh Street, a number of Edison Development apartment blocks along Henderson Highway and a newly-created Valhalla Drive, the Nor-Villa Motor Hotel, and River East Plaza.