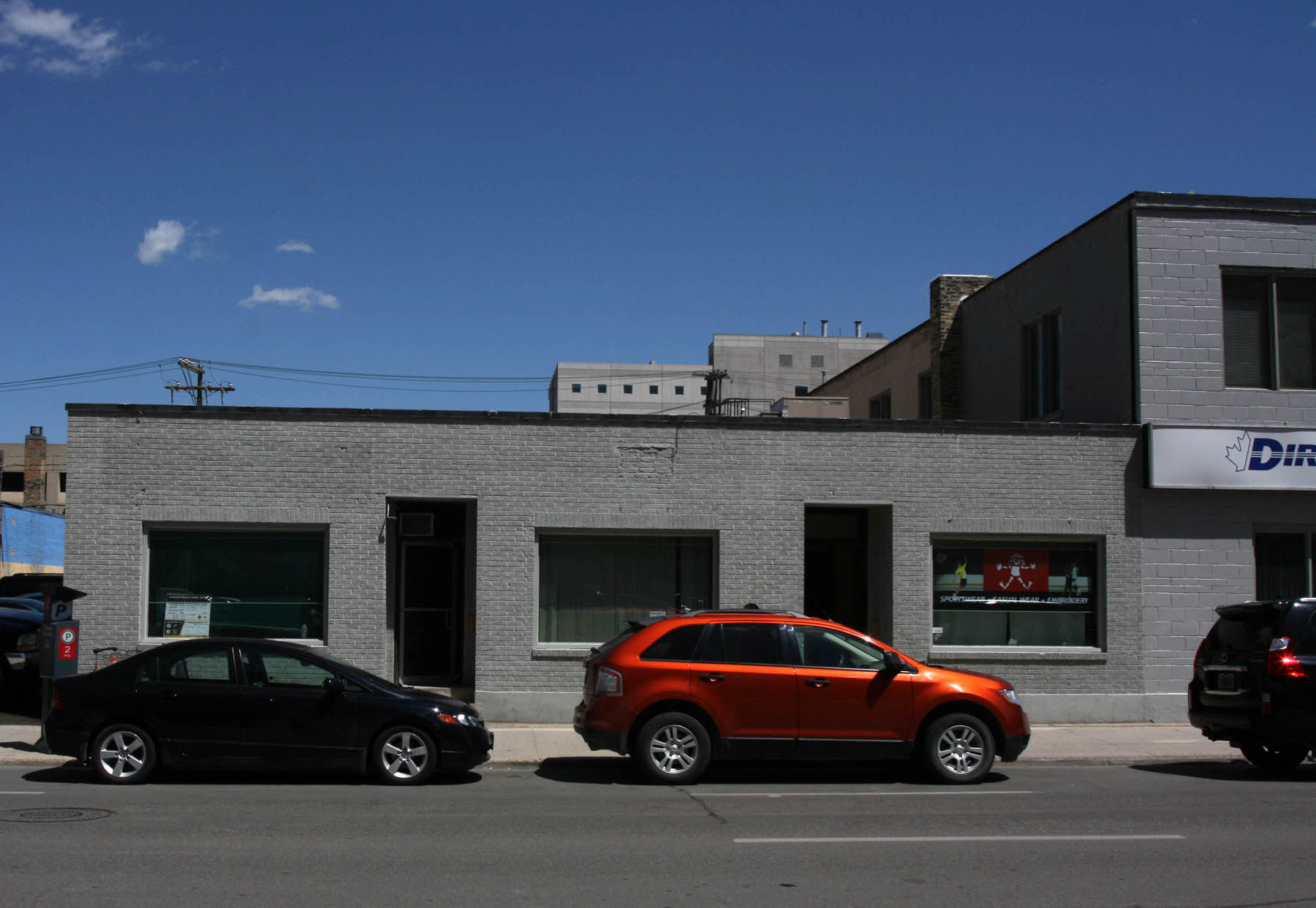 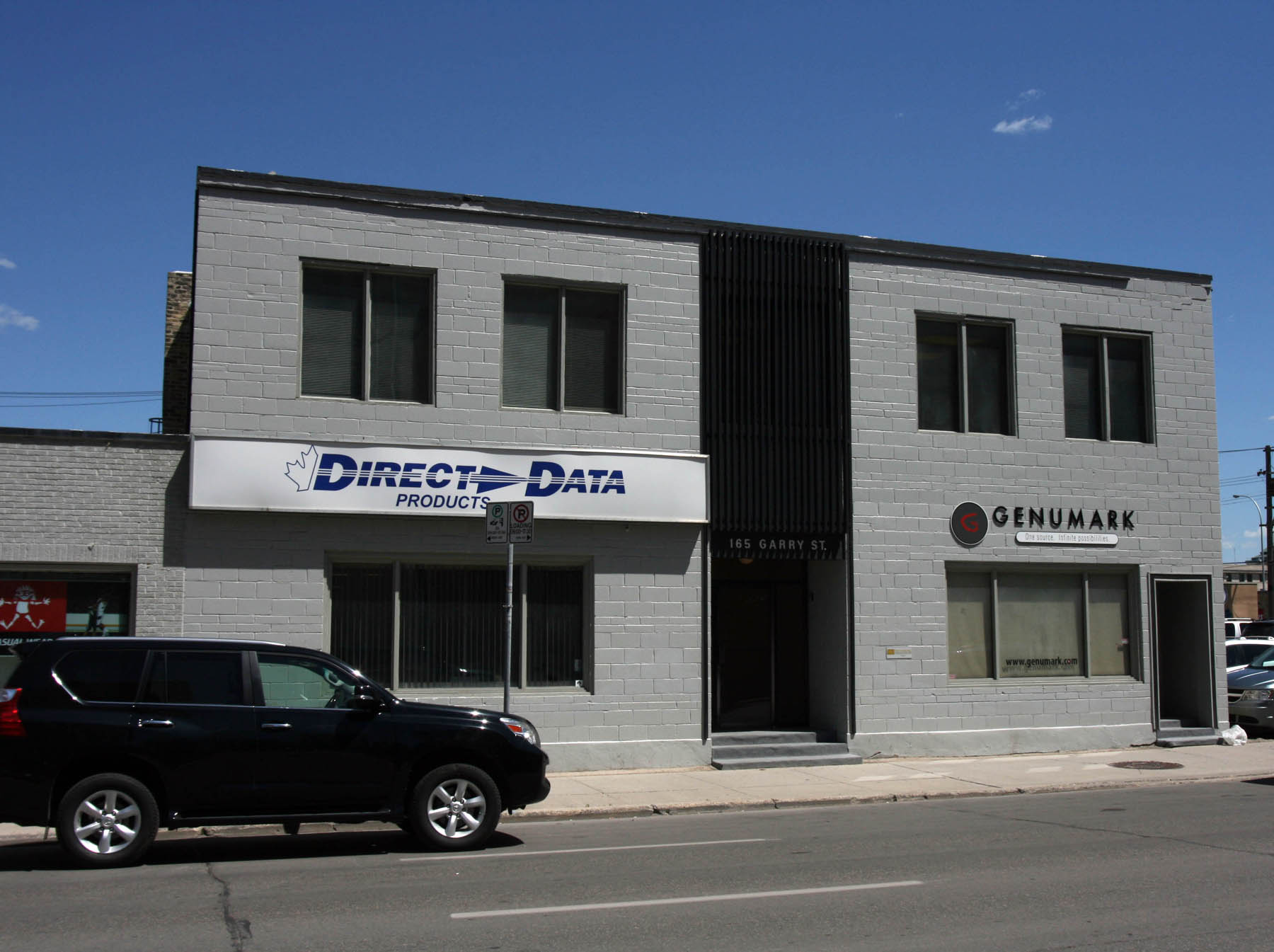 Designed by an unknown architect, 163-165 Garry Street was originally constructed between 1948 and 1949, with a one-storey addition added to the north in 1957. The initial structure was done in two parts. In 1948 a one storey building was constructed, and in 1949 the two storey building was attached to make up the entire structure.

Originally built for use as a warehouse in the automotive industry, the building has provided a home to multiple tenants during its tenure. Located at the heart of what was once a thriving centre for automobile repair shops, rental companies and warehouses, the building is now home to several commercial printing shops. Featuring a foundation and basement of reinforced concrete and a superstructure of concrete block walls, steel beams and roof, the exterior façade is made up of painted face brick, plate glass windows and glass block openings.