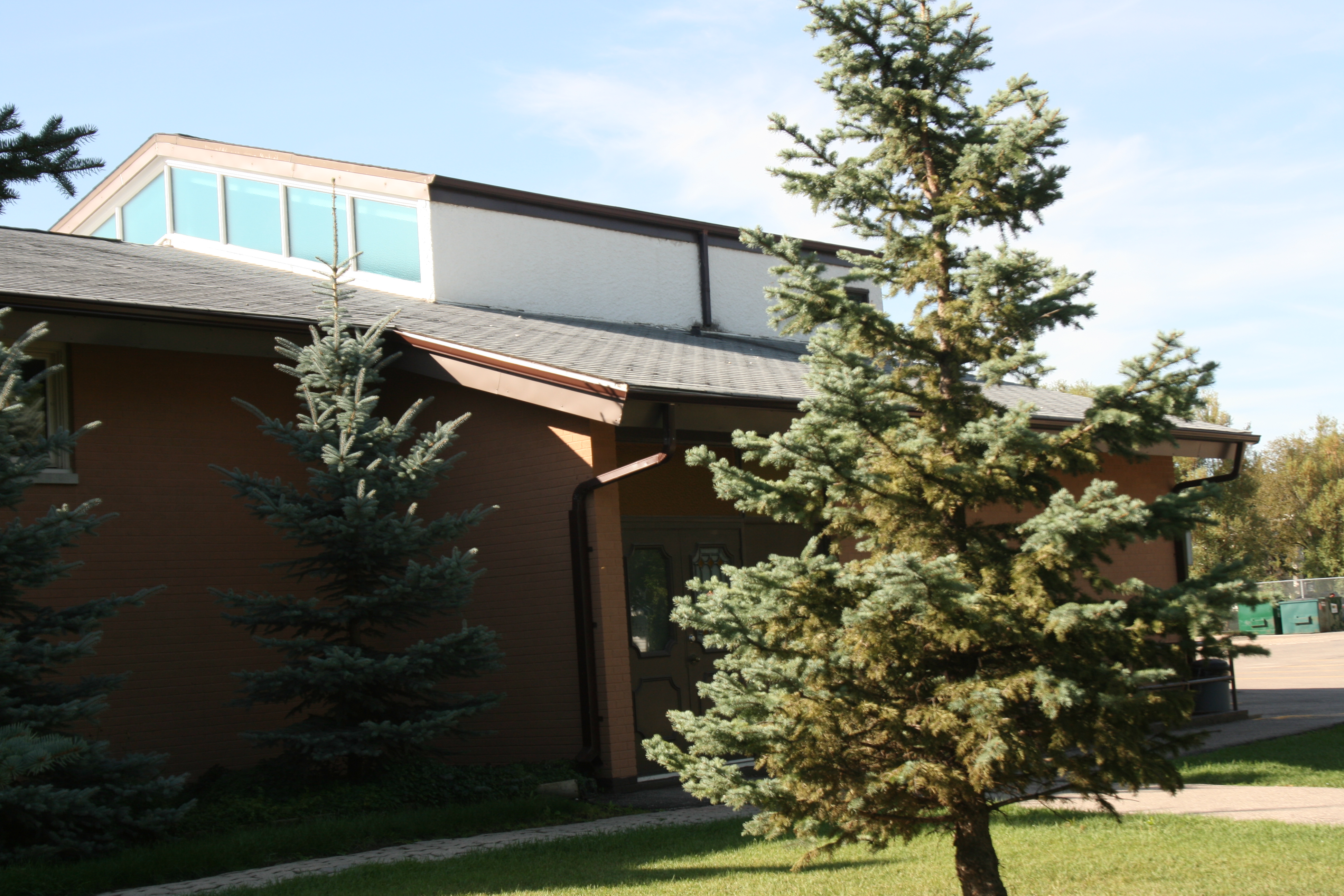 The Parish of St. Vital was established in 1860. Church buildings were constructed in 1896 and then in 1931; both of were ultimately damaged by floods. After the church was damaged in the 1950 flood, Roy Sellors was commissioned in 1958 to design a church that would reconcile austerity and elegance with a limited budget.

The church's most distinguishing feature is its long, slopping gable-style roof, angled at 18 degrees above horizontal. In designing this shallow roof, Sellor's considered the relationship between interior and exterior in an expression of Prairie-style architecture. Subtle light is allowed to enter through the church's east-facing glass facade, while the sides of the roof zig-zag to create an opening that allows light to pass through small side windows. On the west side of the building is an elevated two storey structure that carries on the gable-style roof, and features an east-facing skylight.

The interior of the church is characterised by free-standing laminated fir beams, which leave 14 spaces inbetween for the Way of the Cross. Many of the interior fitments of the Church were donations. Recent additions to the church have been such items as the stations of the cross donated by the Sellors family, new pews donated by the Claeys family, a Sanctuary lamp donated by Mathew Van Gils and family, Holy Water vessels, a baptismal font, a majestic marble altar with its new tabernacle donated by the children of Constant and Eminence Bossuyt, and six solid brass candle sticks donated by the Vermeulen family in honor of their father.