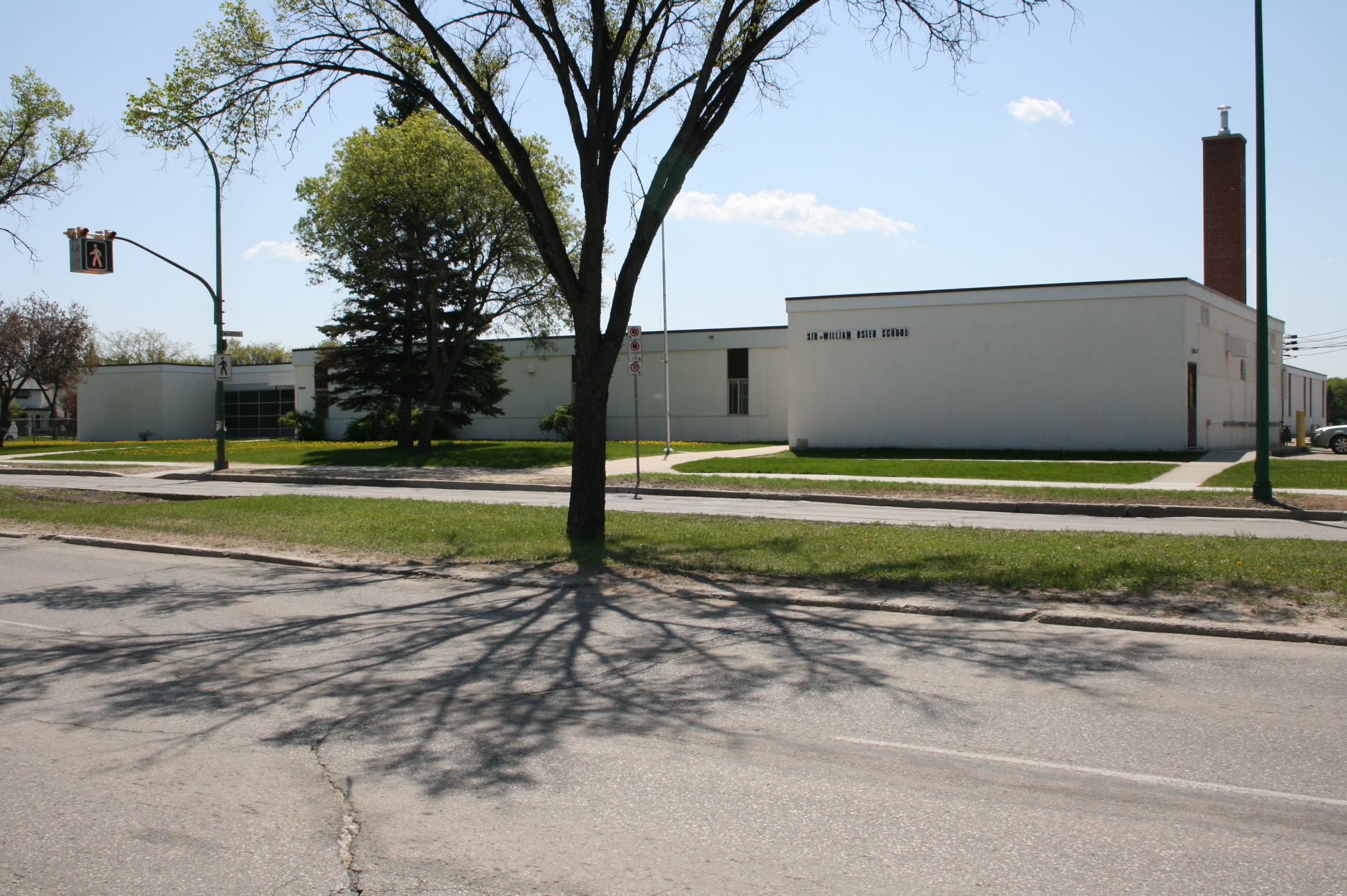 Sir William Osler School is a French immersion elementary school. Opened in 1955, the school commemorates renowned Canadian physician, Sir William Osler (1849-1919). It is a small school, just 10 rooms to start in a wing running north-south, and added to across the north front two years later. A gym wing on the east side came later to complete the U-shape. The school has been covered with white stucco and many of its windows have been removed.