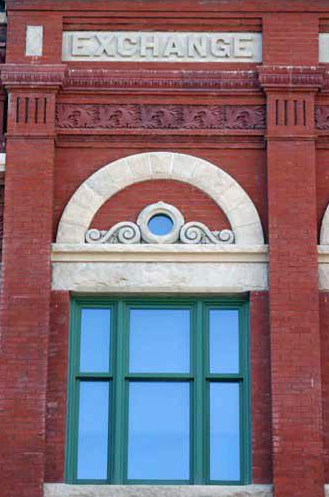 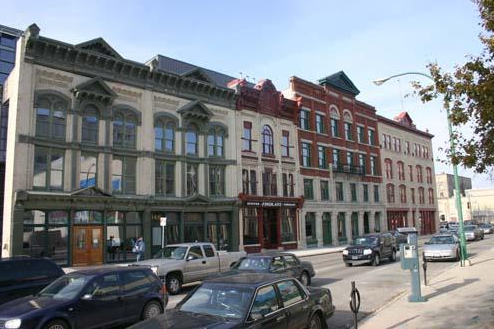 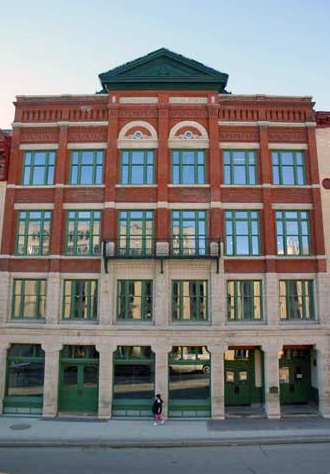 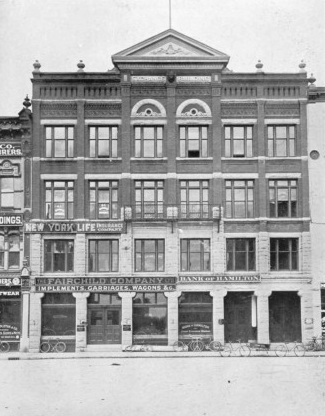 The Exchange Building is the restored four-storey east facade of a brick and stone office block erected in 1898 in the commercial district near Winnipeg's City Hall and now attached to a modern college complex. The City of Winnipeg designation applies to the east wall on its footprint and elements of the third floor.

The Exchange Building, the second purpose-built home of an important economic institution, the Winnipeg Grain and Produce Exchange, is one of five contiguous pre-1900 facades preserved in situ to represent one of the oldest business streetscapes in the Exchange District National Historic Site of Canada. The structure's grand design by Samuel Hooper also is illustrative of the aesthetic transitions occurring in commercial architecture at the turn of the twentieth century. Its bold, eclectic exterior display of Classical and Romanesque influences was once matched inside by well-appointed offices and a trading floor, all in keeping with the exchange's lofty function and rapid growth as the principal marketplace for prairie crops. Today this structure and the facade of the exchange's preceding headquarters at 164 Princess Street are part of Red River College's downtown campus, a complex that exhibits another aesthetic transition, the creative integration of historic and contemporary construction.