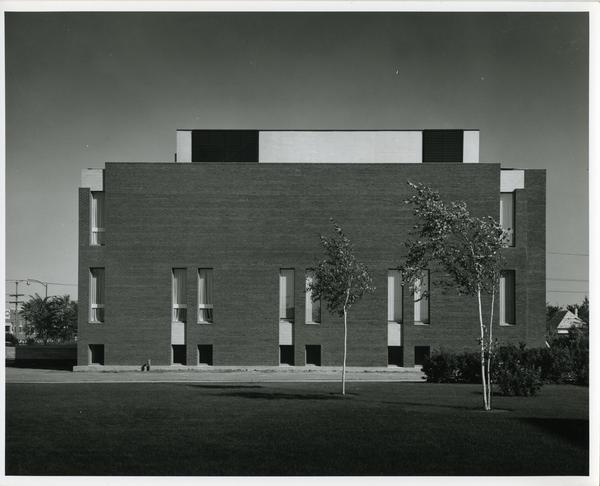 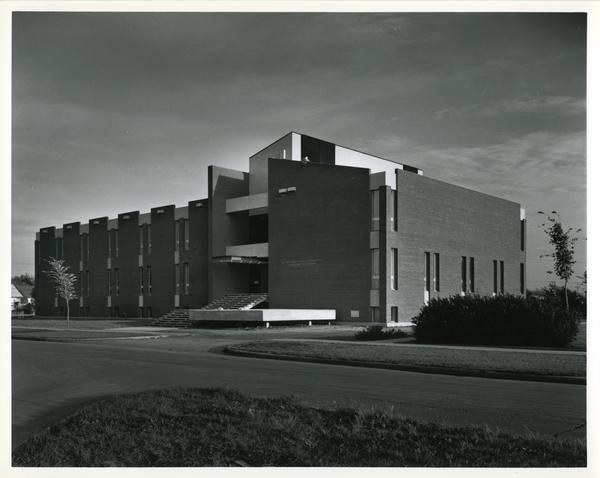 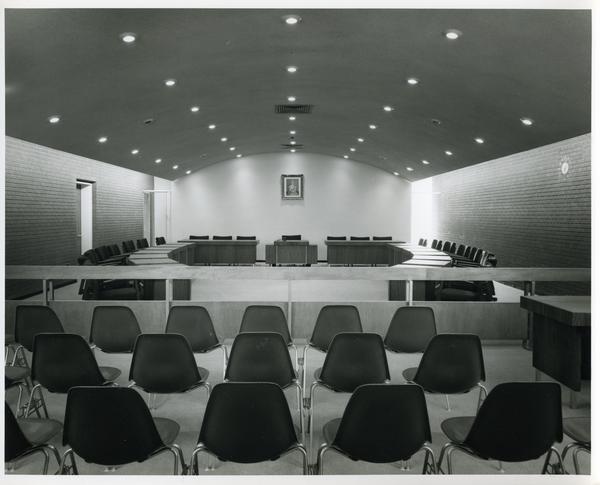 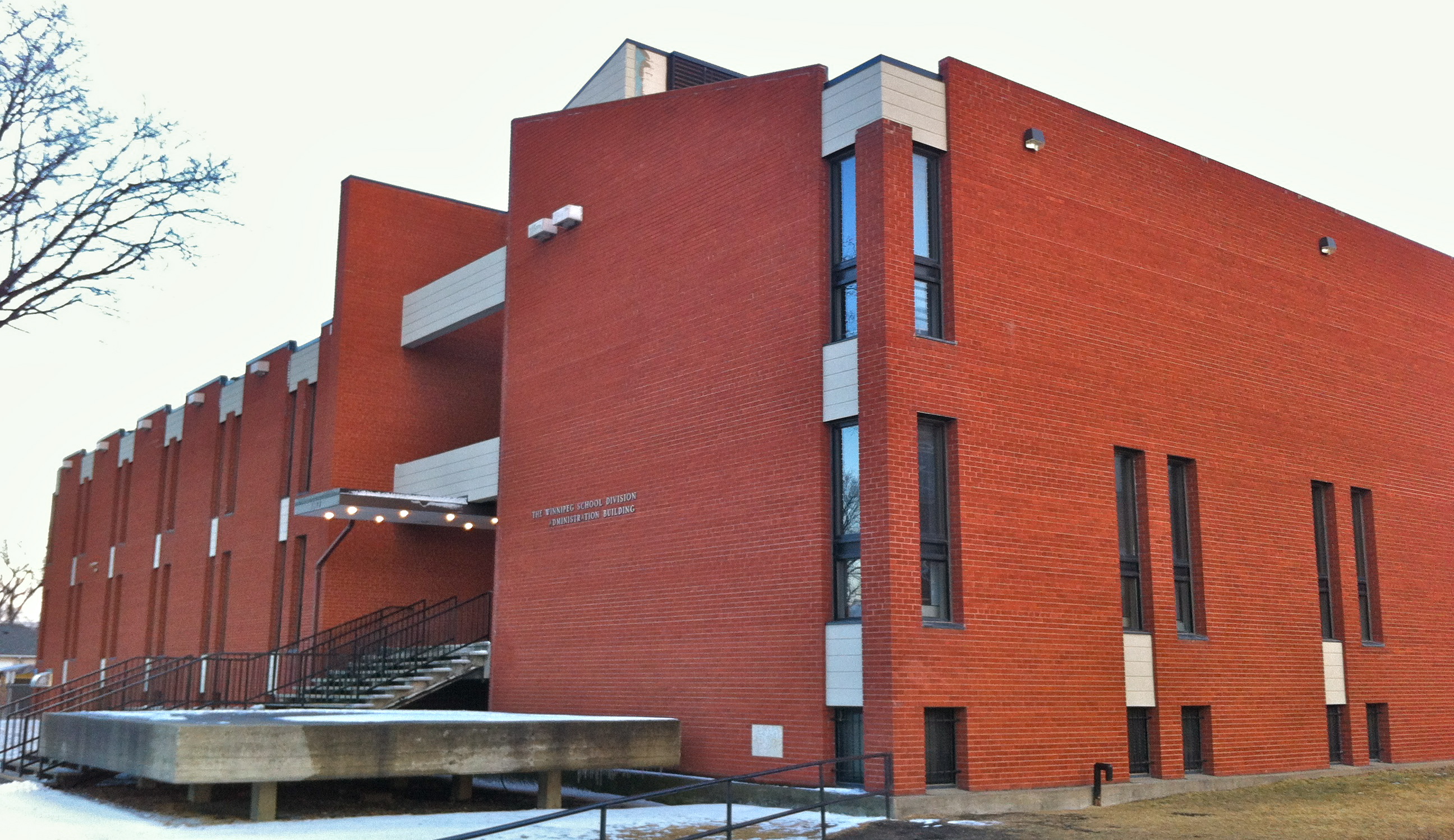 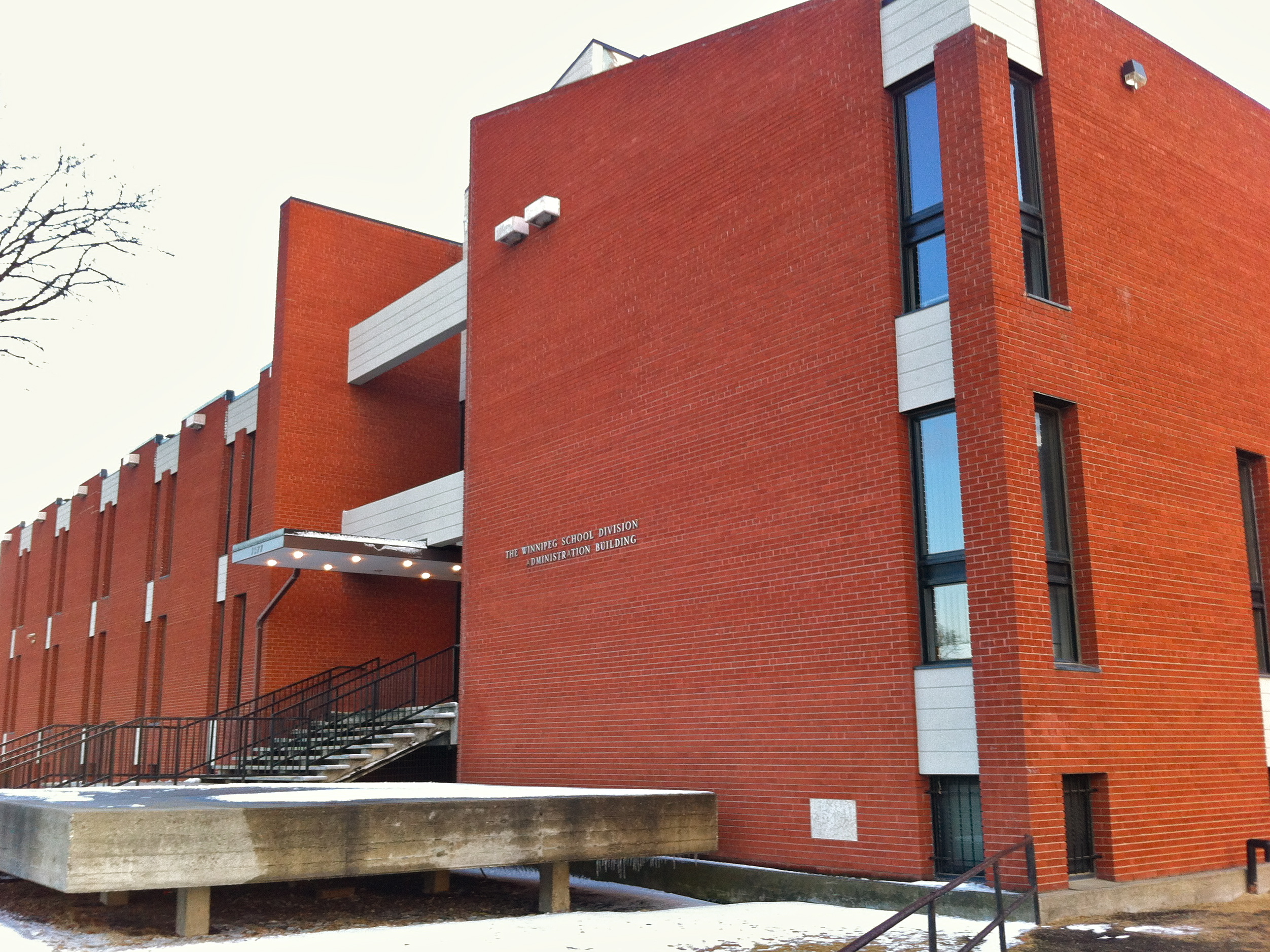 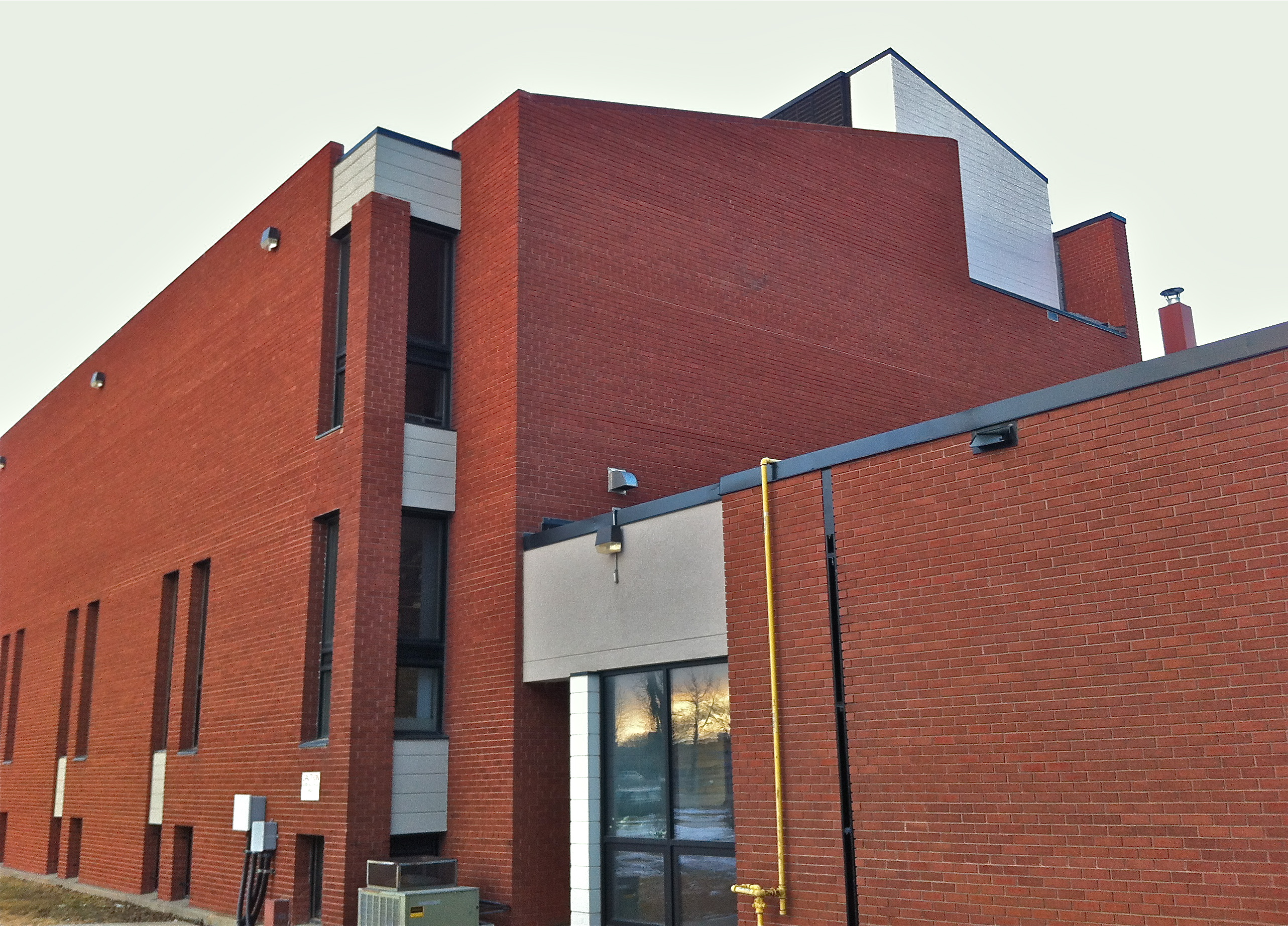 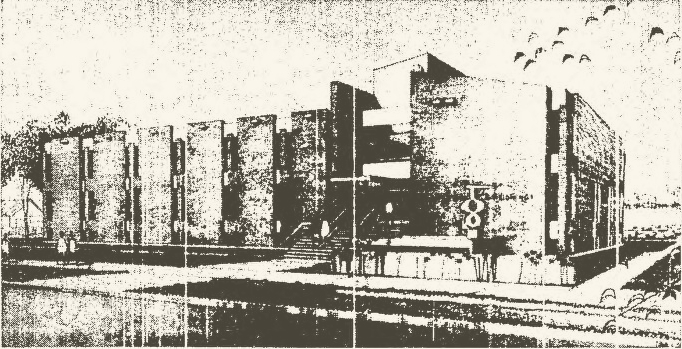 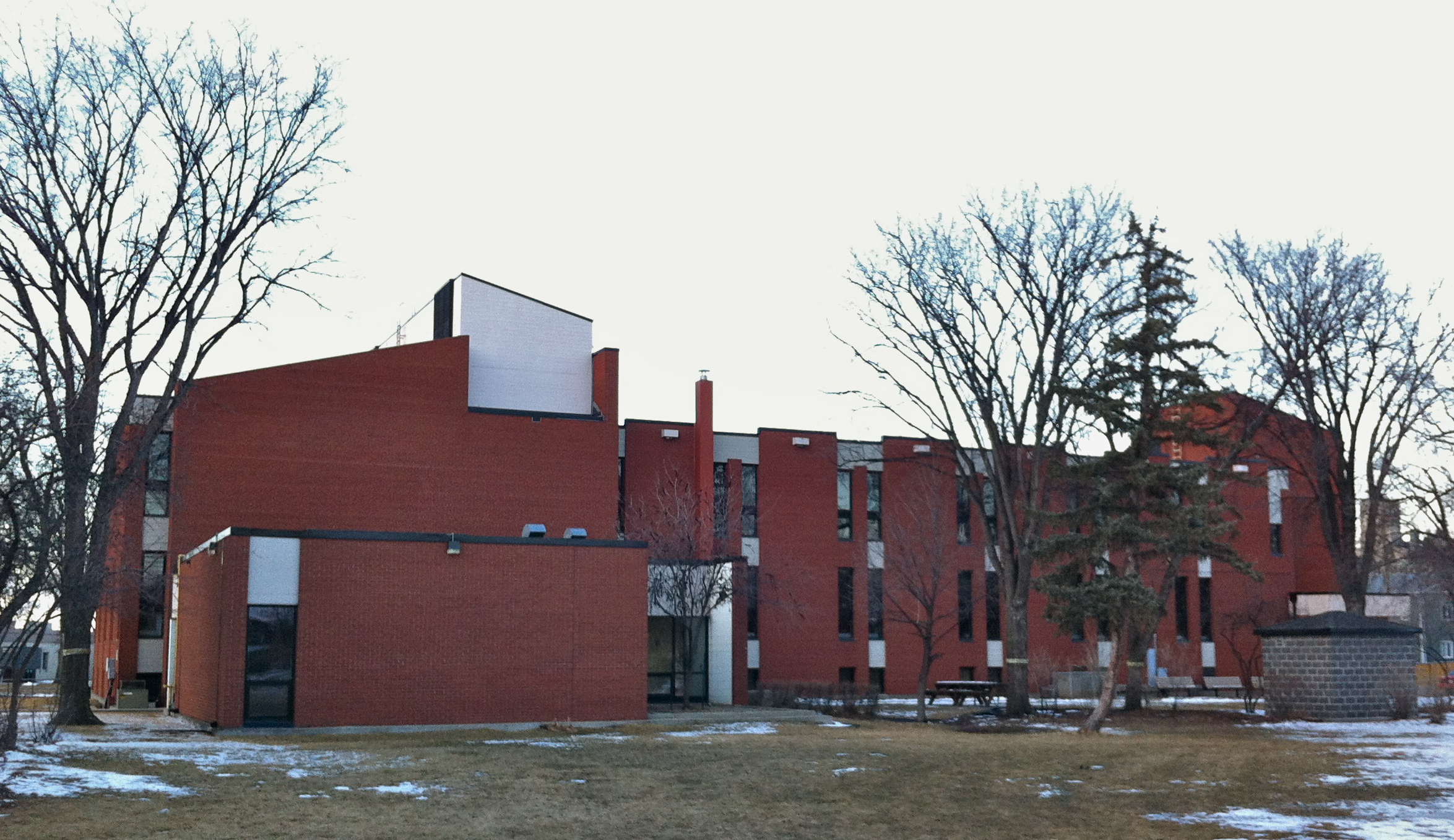 A vibrant assemblage of angled rooflines, slender strips of window, and red brick and stucco wall, the Winnipeg School Division Number One Administration Building is a striking presence at the intersection of Wall Street and Notre Dame Avenue. The building was conceived in 1960. At the time an urgent need for expanded administrative space reached a tipping point – a requirement related to the burgeoning Winnipeg student population during the post-war Baby Boom period.

The need for office space was serious enough that the building’s authorization came despite serious efforts to locate a new school division facility within a new Winnipeg City Hall. This would have put it within Winnipeg’s core area, like the previous school division offices at 136 Ellen Street. Ongoing debate regarding the site and nature of the new city hall, however, meant that any new school division space within such a civic block would be slow in coming. Though a referendum for a new city hall had occurred in the 1950s, Winnipeg’s Civic Centre wasn't completed until 1964. Ultimately, the Wall Street and Notre Dame Avenue location, though outside Winnipeg’s downtown, placed the School Division headquarters near the geographic centre of its territory of supervisory purview.

The architect of the Winnipeg School Division Number One Administration Building was the firm of Waisman Ross & Associates. This office had already become known as a local pioneer in the realm of modernist design. Here the firm drew upon the extant language of Winnipeg school design – including that of the neighbouring Tec-Voc High School, on whose grounds the administrative building rose – in its selection of red brick cladding. The height of the building lent a sense of importance, its two-storey rise exaggerated through the use of vertical window forms and a projecting, monopitch roof tower. A large staircase added to the impressive effect; a concrete podium halfway up remains unfilled for a planned-for piece of public art. Subtle aesthetic details that lend the building a sense of elegance include sheltered downspouts flush with the structure’s brick walls and the fusion of a red-brick chimney into the rear facade. Though asymmetrical, 1577 Wall Street possesses a loose sense of symmetry conveyed though the arrangement of its modernist design.