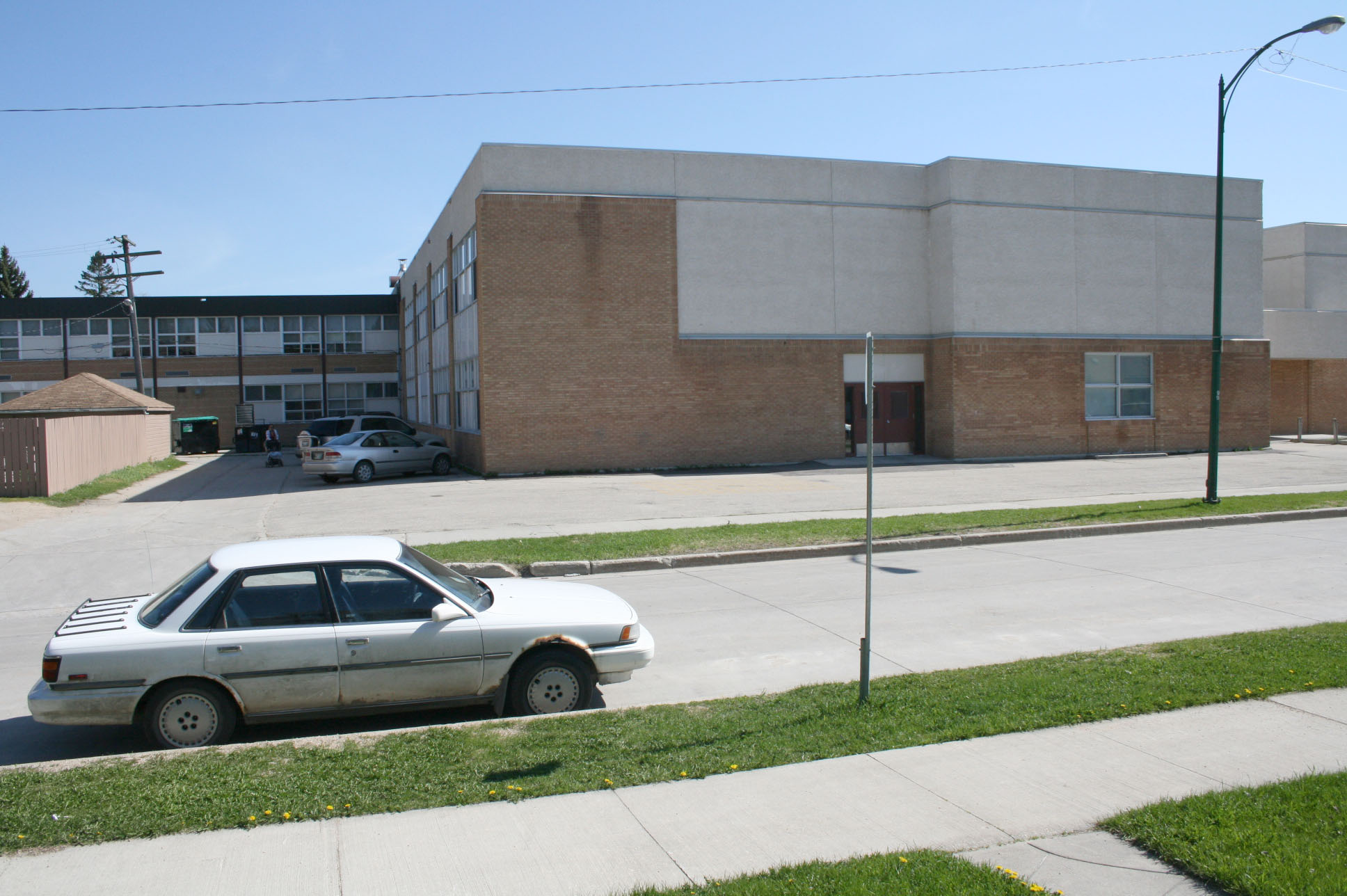 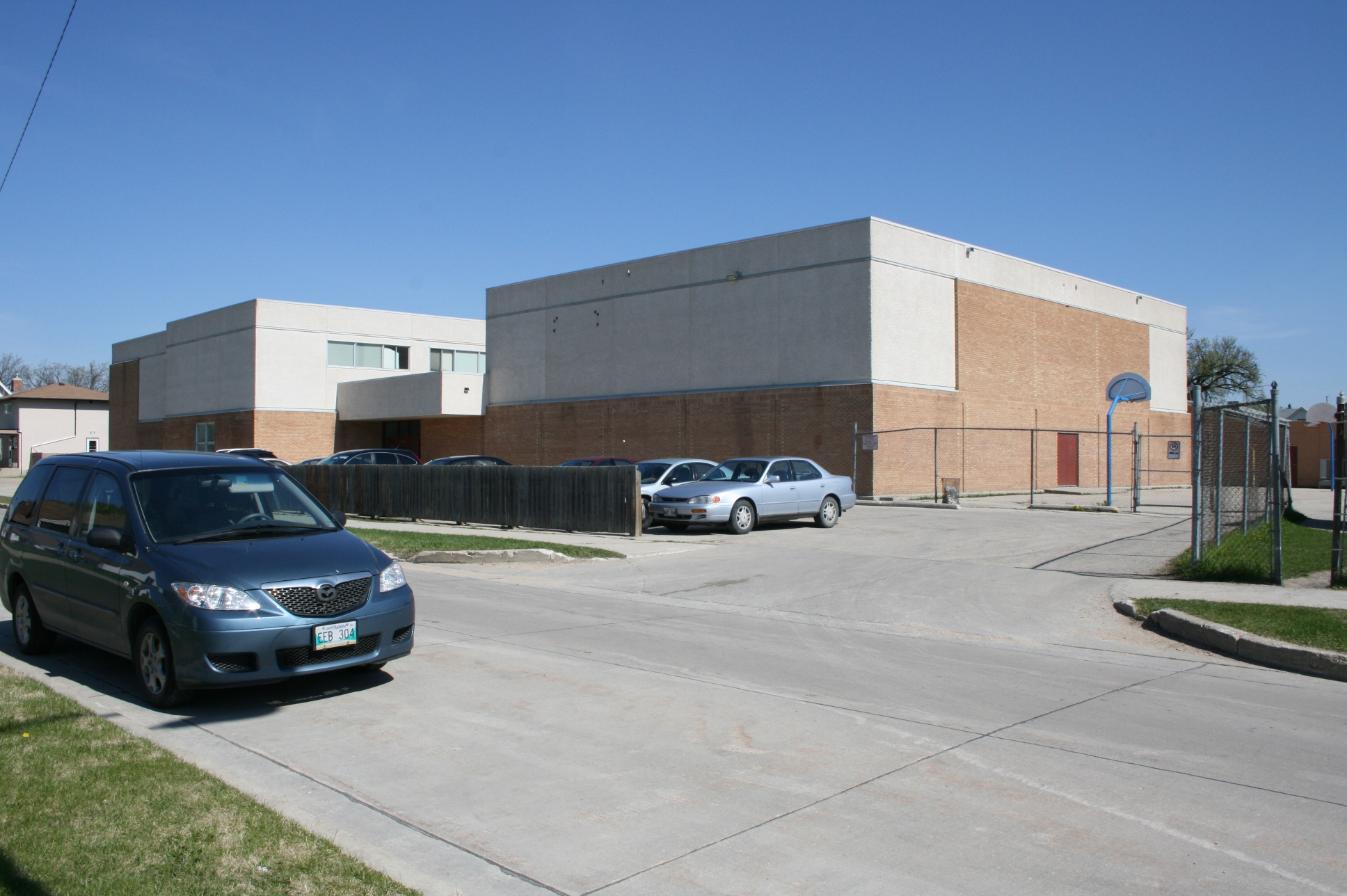 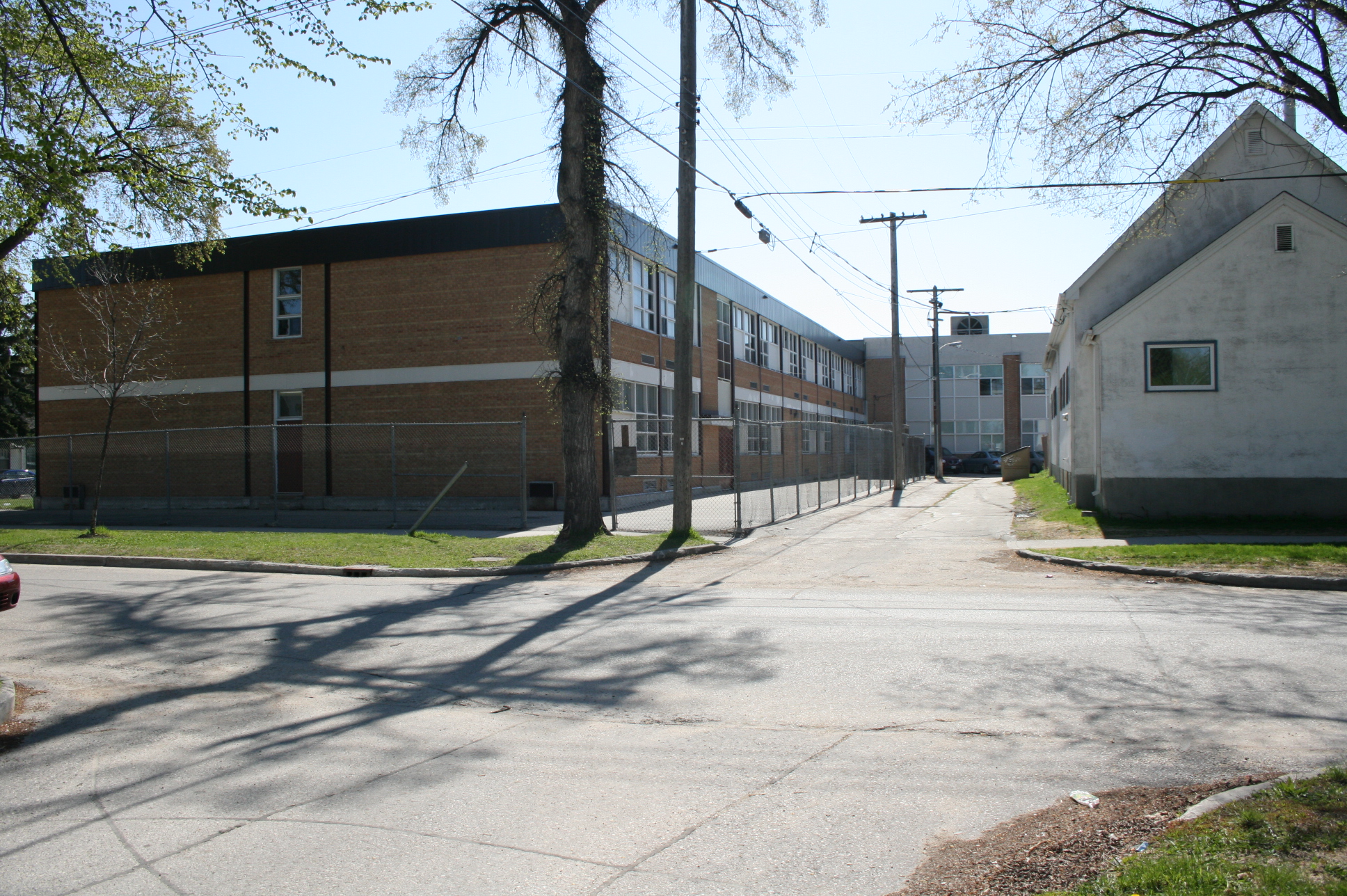 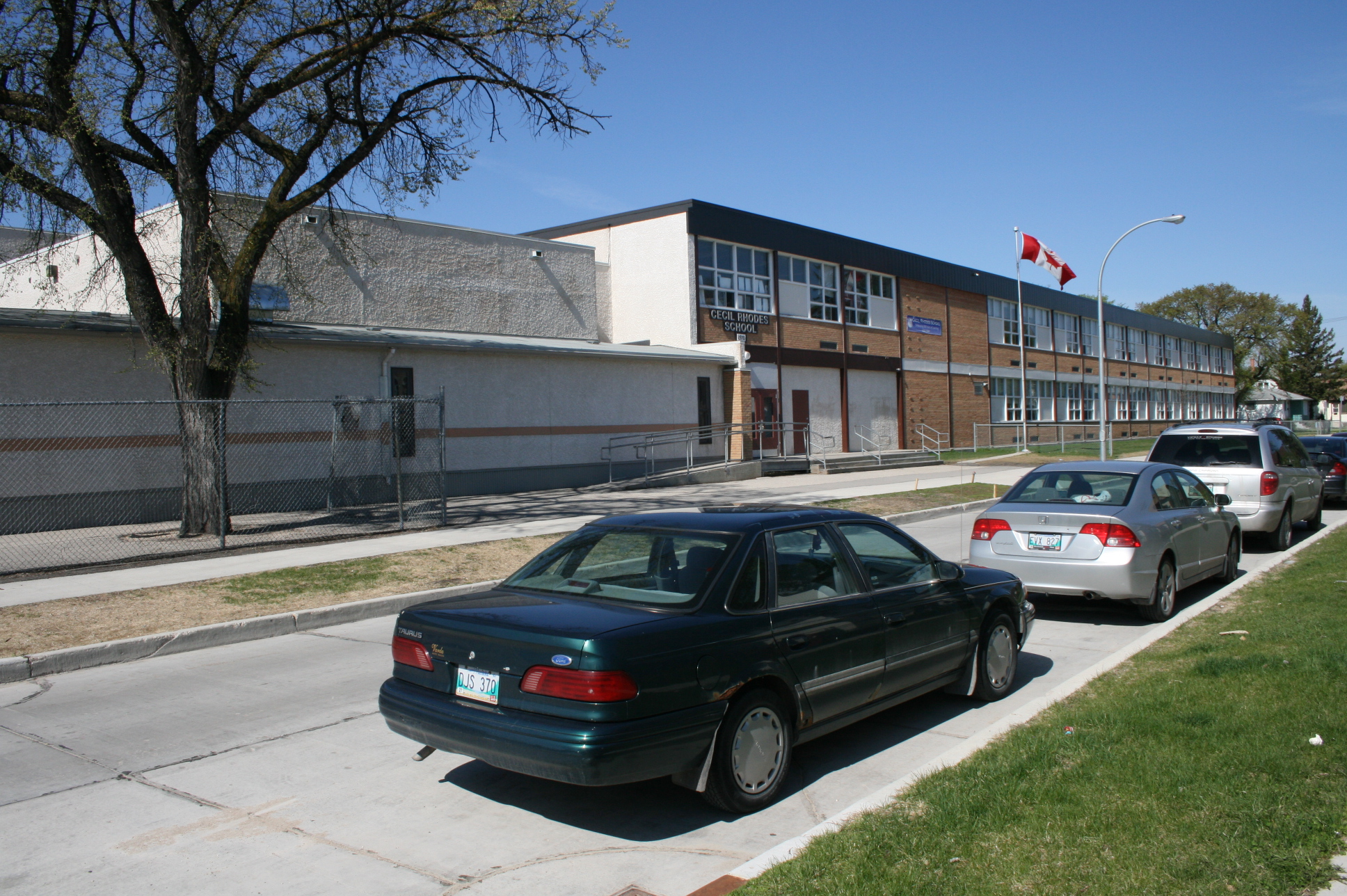 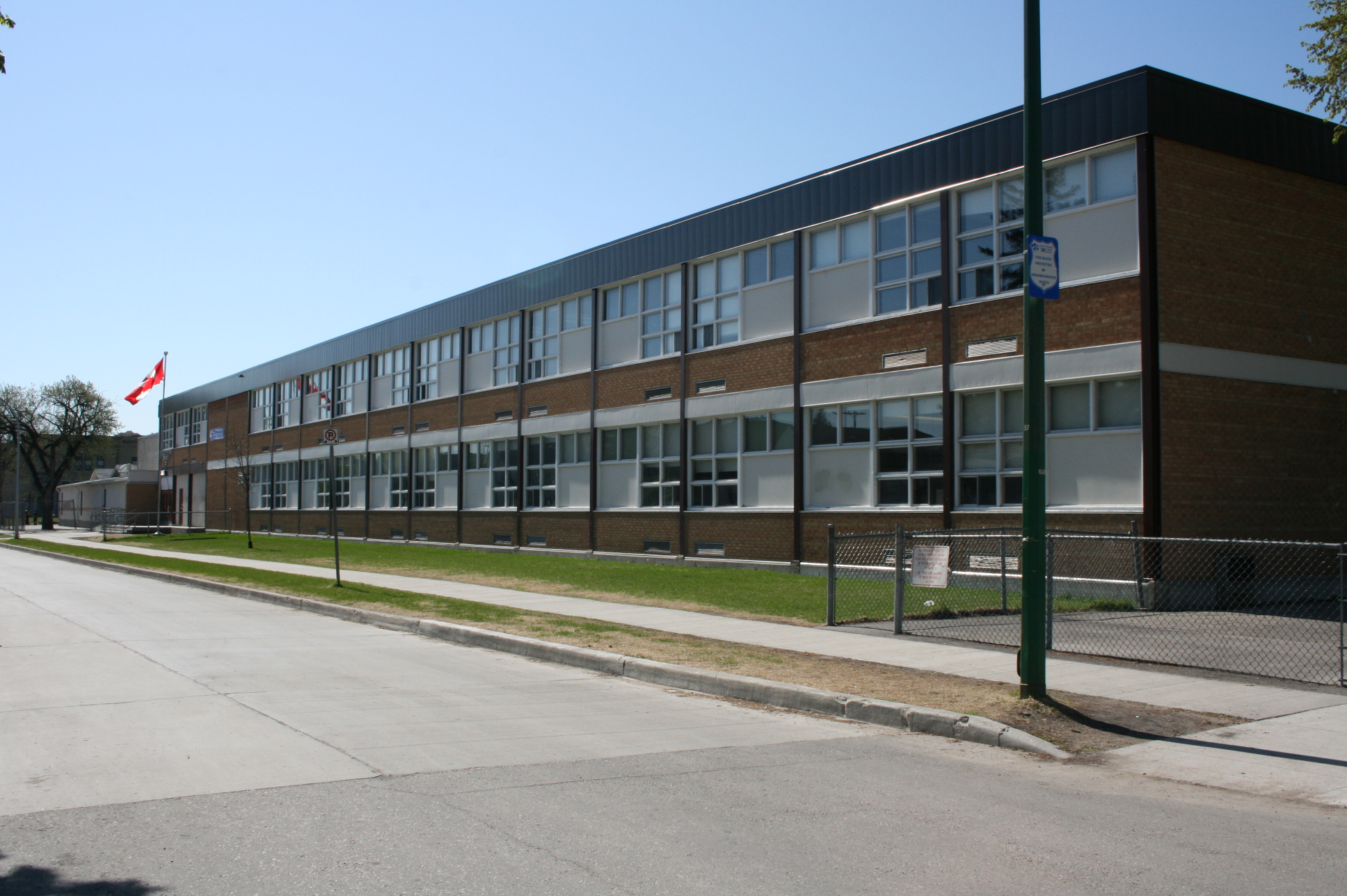 The school is designated Cecil Rhodes School #2 by the Winnipeg School Division. Cecil Rhodes #1 school is in use under its current name, 'Adolescent Parent Centre.' The two schools are at opposite ends of a large yard. The namesake Cecil Rhodes (1853-1902) played a major role in British influence in South Africa and established the famed Rhodes Scholarship.

The school features clarity and balance of design combined with wonderful integrity in the 1960s section. It is two storeys with a mainly curtain wall on the north and south side of a rectangle, but with a discernible window pattern, still intact, that holds the essence of both the new building technology and the aspirations of the architectural thought. The steel frame is expressed frankly along with a dark brown brick infill and wall ends. The windows run in a continuous top strip of smaller ones, over a lower pattern that alternates square metal panels with windows of the same proportions, in a steady rhythm across the facade. An addition on the east end carried the design somewhat but much later additions beyond for classrooms, a multipurpose room, labs and a music room have given the complex an irregular footprint and different wall treatments, although respectful of the established height limit.