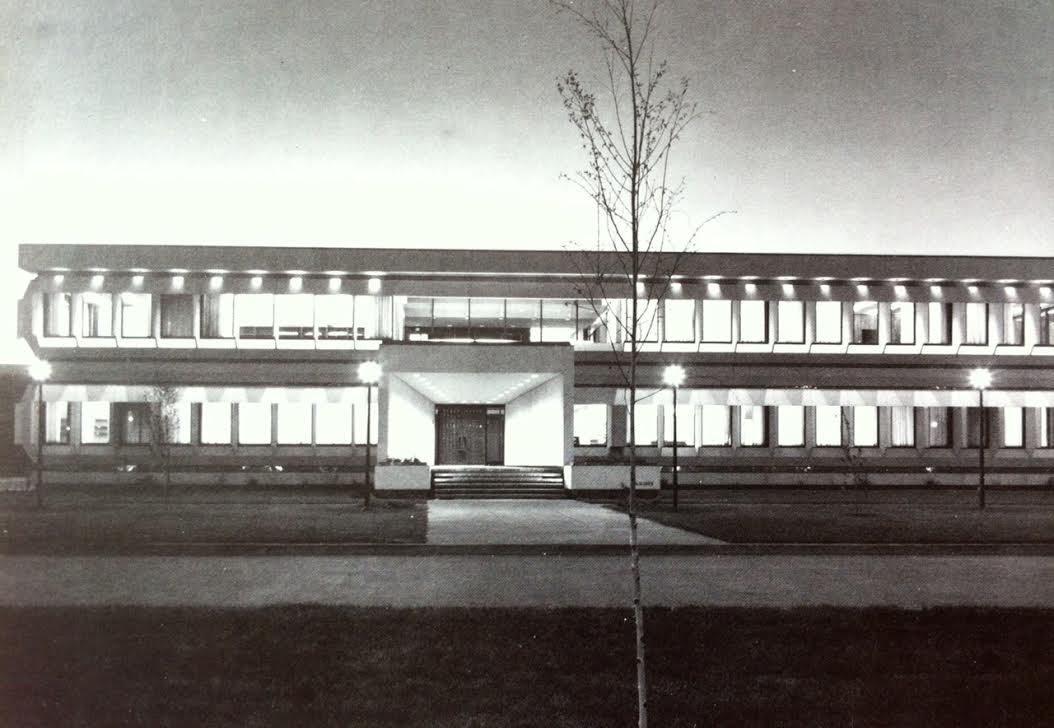 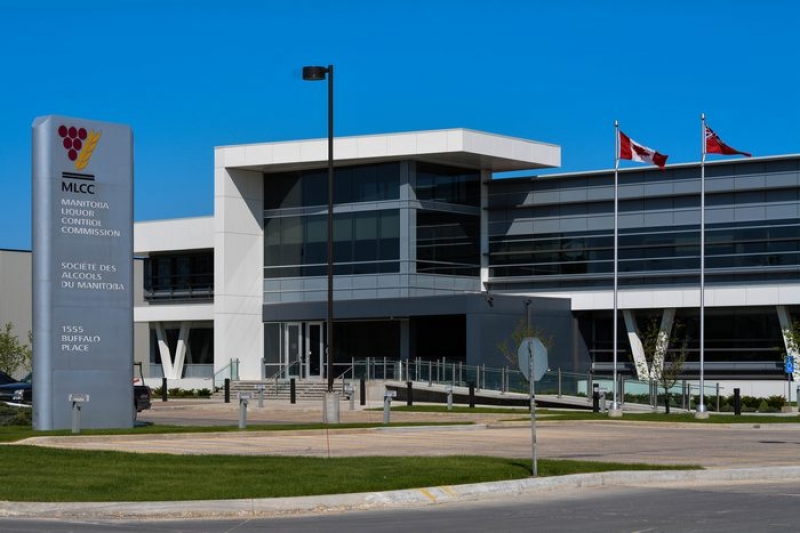 1555 Buffalo Place was constructed to serve as the home of the Manitoba Liquor Control Commission, replacing an earlier facility at 317 McDermot Avenue. The 1965 building featured a single-storey warehouse of about 110,000 square feet and a two-storey office wing (with a basement) of about 60,000 square feet. Inside the warehouse were enclosed rail spur and truck docks, shippers' offices and workers' facilities. (The area could hold six railway cars, 10 semi-trailer trucks, and four cars.) The office section was designed to include a licensing board meeting room, licensee order office and a lunchroom for staff. The building was constructed of reinforced concrete. Warehouse exterior walls were finished with brick and the office section featured pre-cast concrete slabs and fins. Together with heat-resistant and glare-reducing glass for the windows, the pre-cast cladding was intended for sun control for the south-facing structure. The original design, by Smith Carter Partners, paralleled that firm's design for their headquarters, directly adjacent to this building.