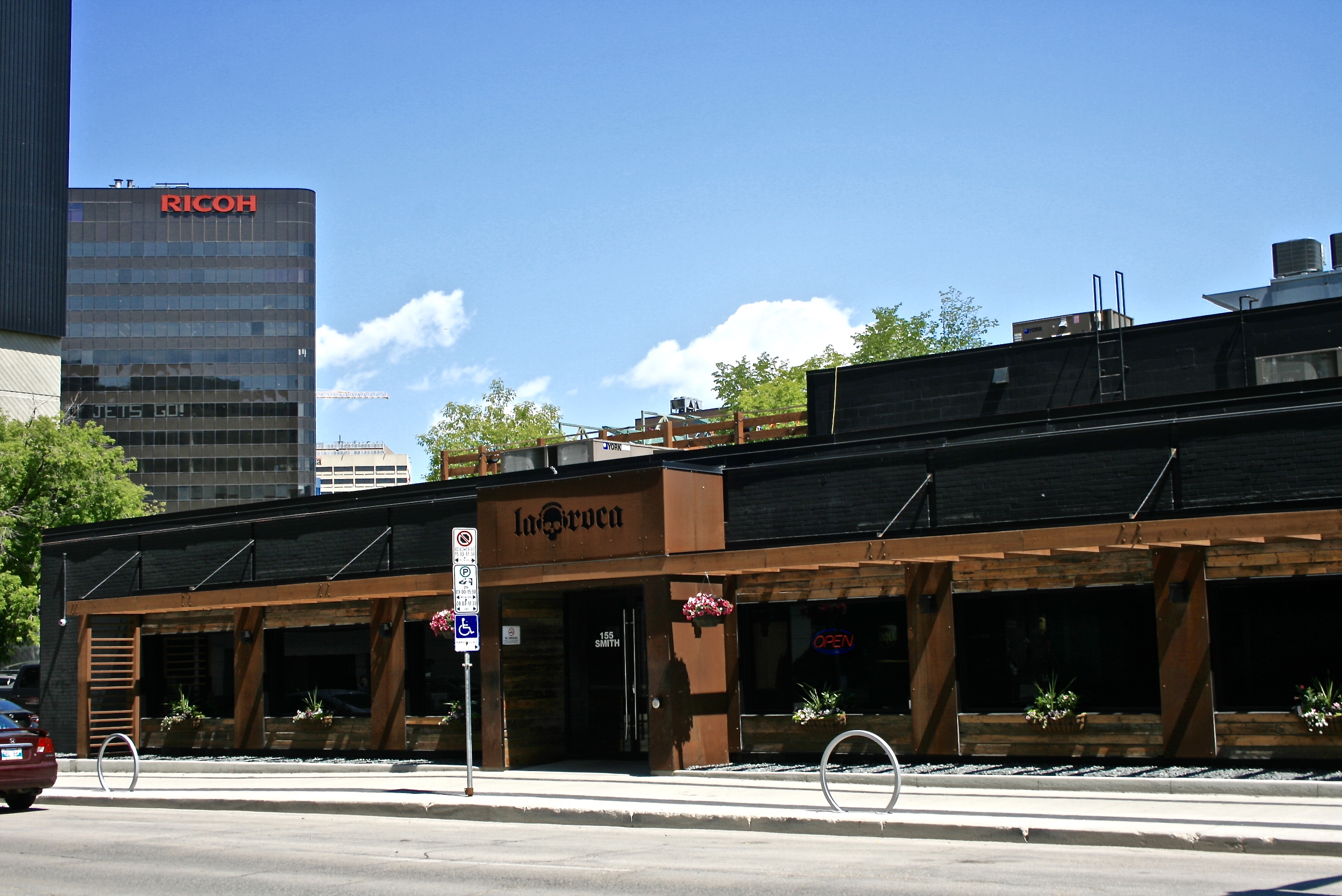 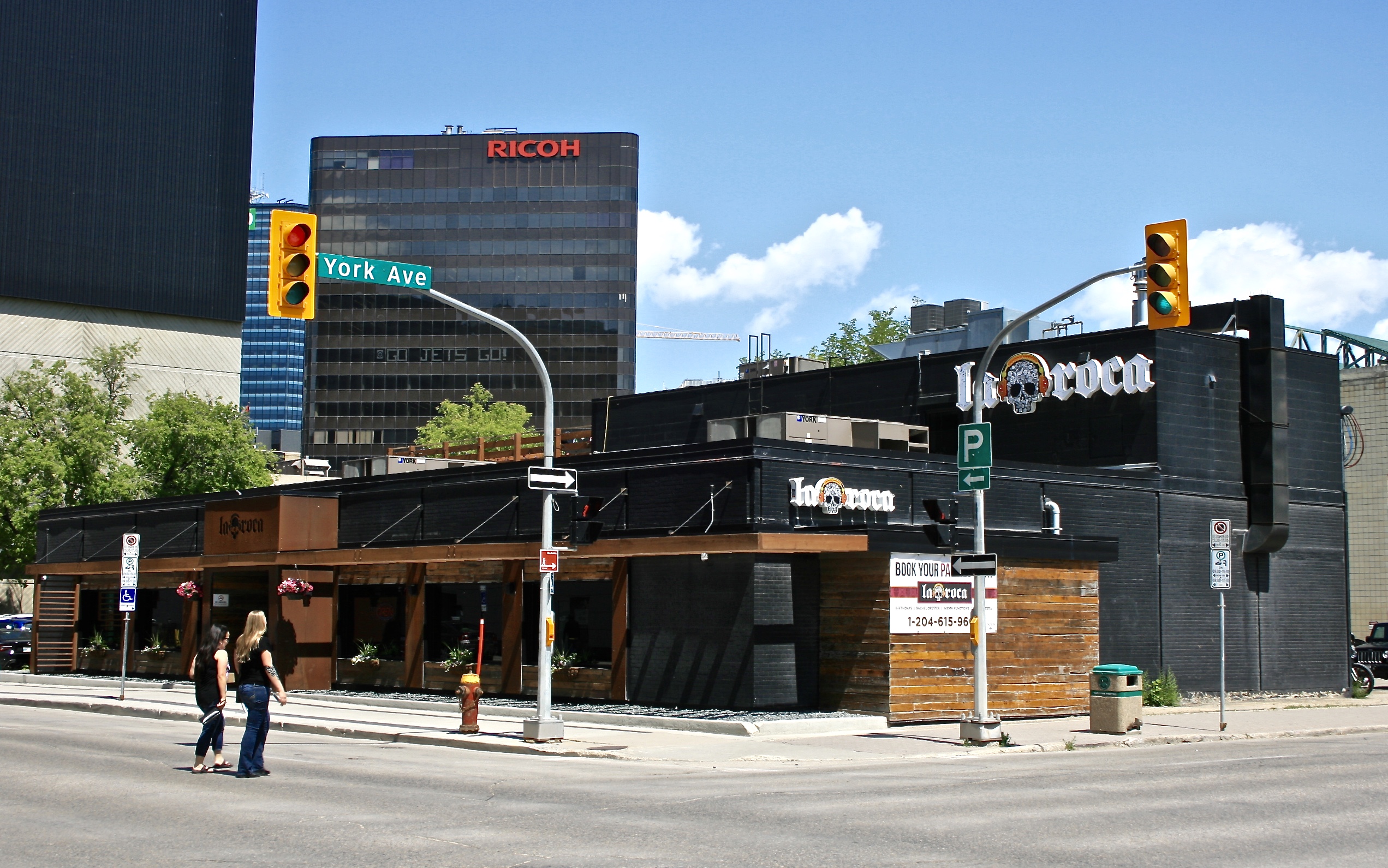 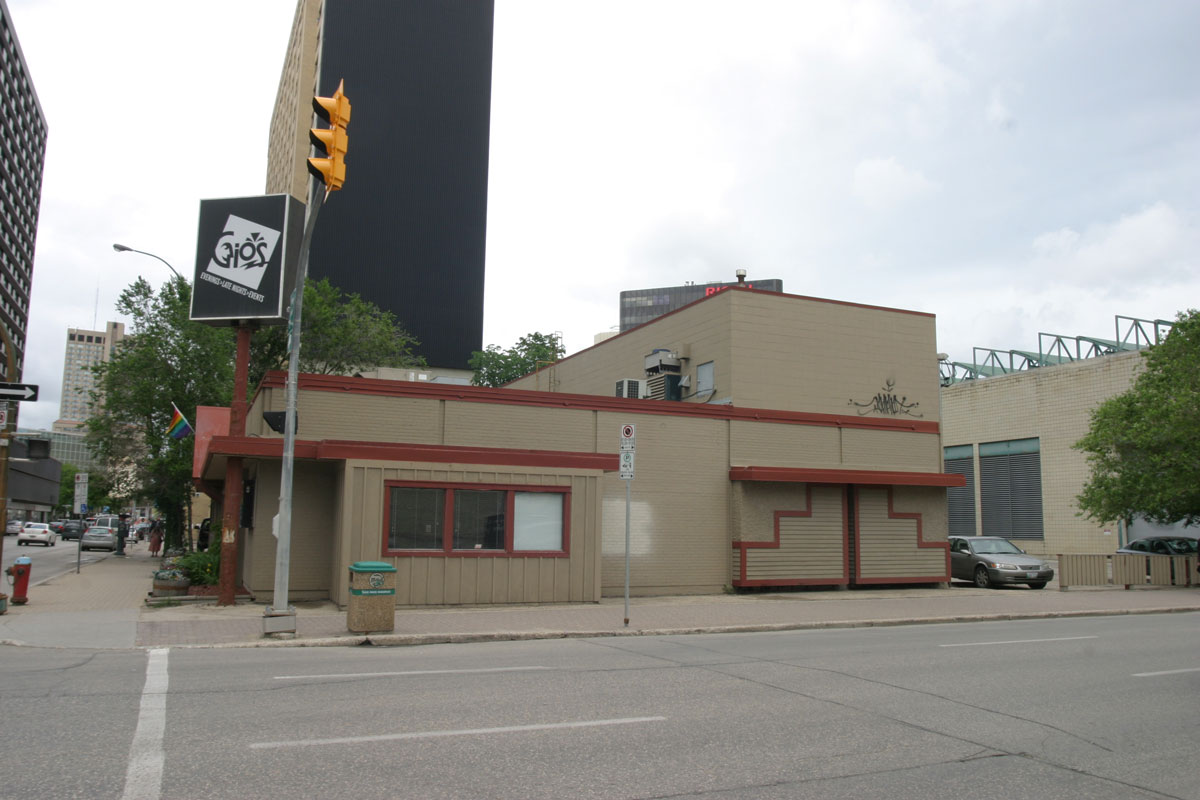 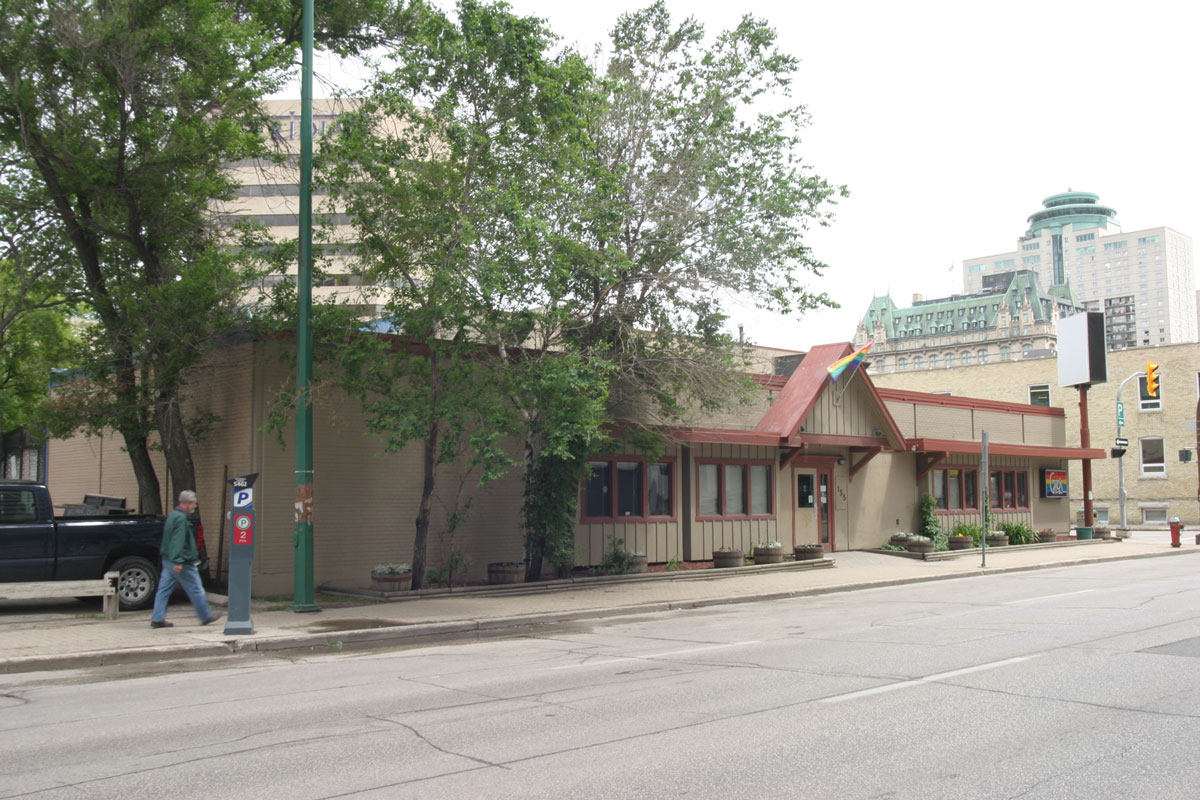 Several reincarnations have altered this building so thoroughly that one can only glimpse at its original design. Architect Charles Faurer made the original plans in 1968 for Hertz Rent-a-car, including offices, a car wash, maintenance garage and parking lot. Western Cassions sank the foundation supports.

In 1990 the entrance was moved once more to be centred facing Smith Street. Another aspect of this renovation was the addition of a few more windows.