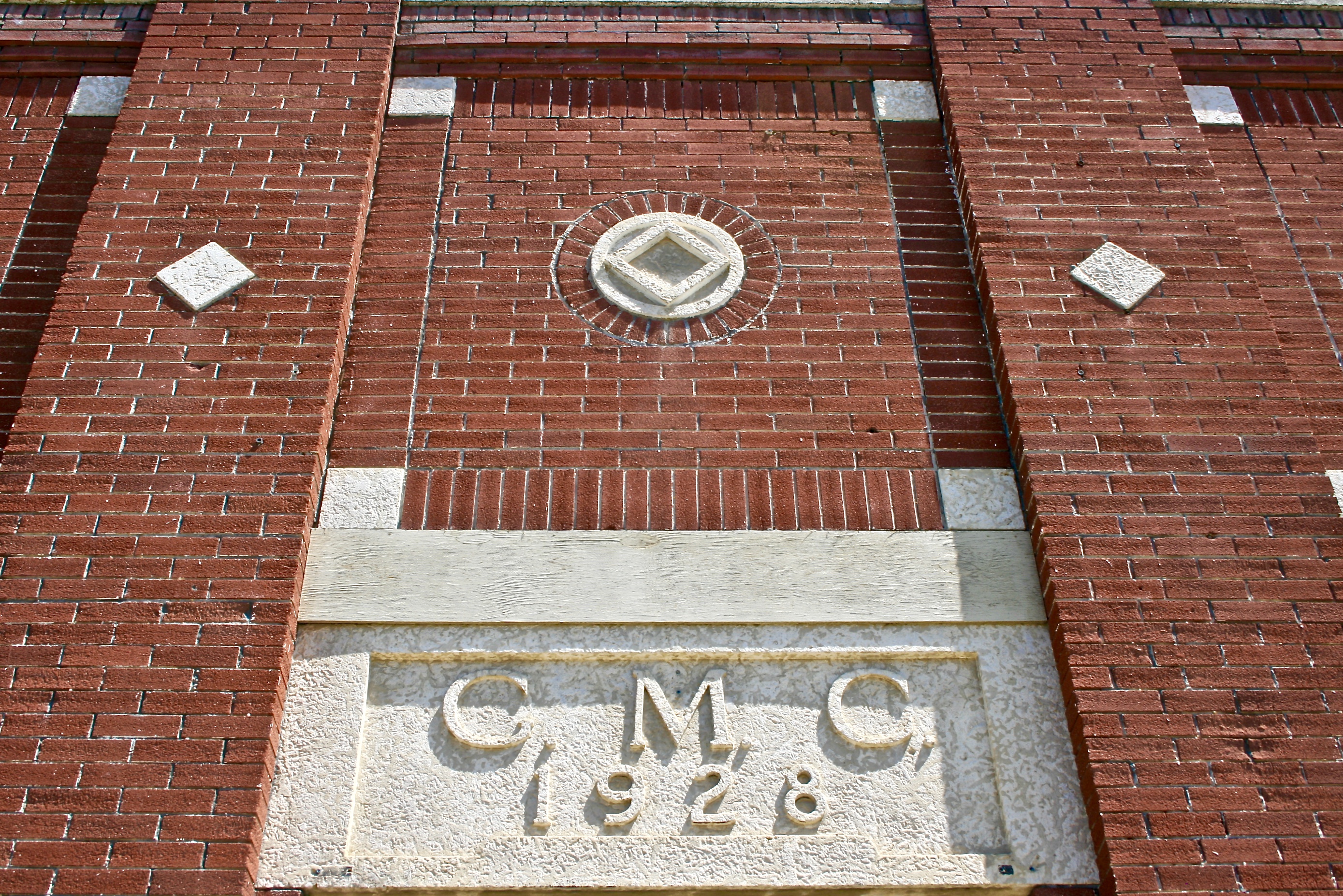 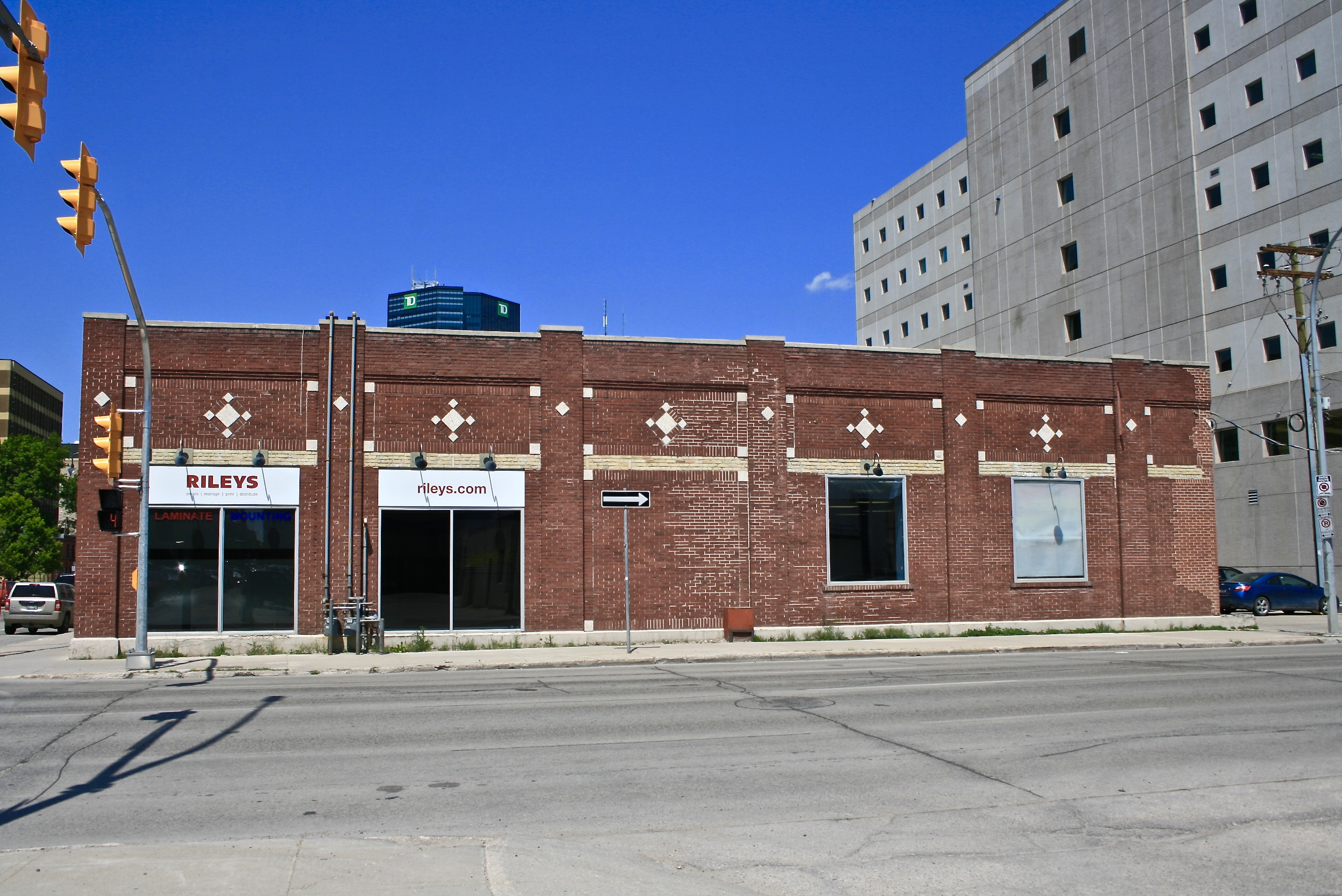 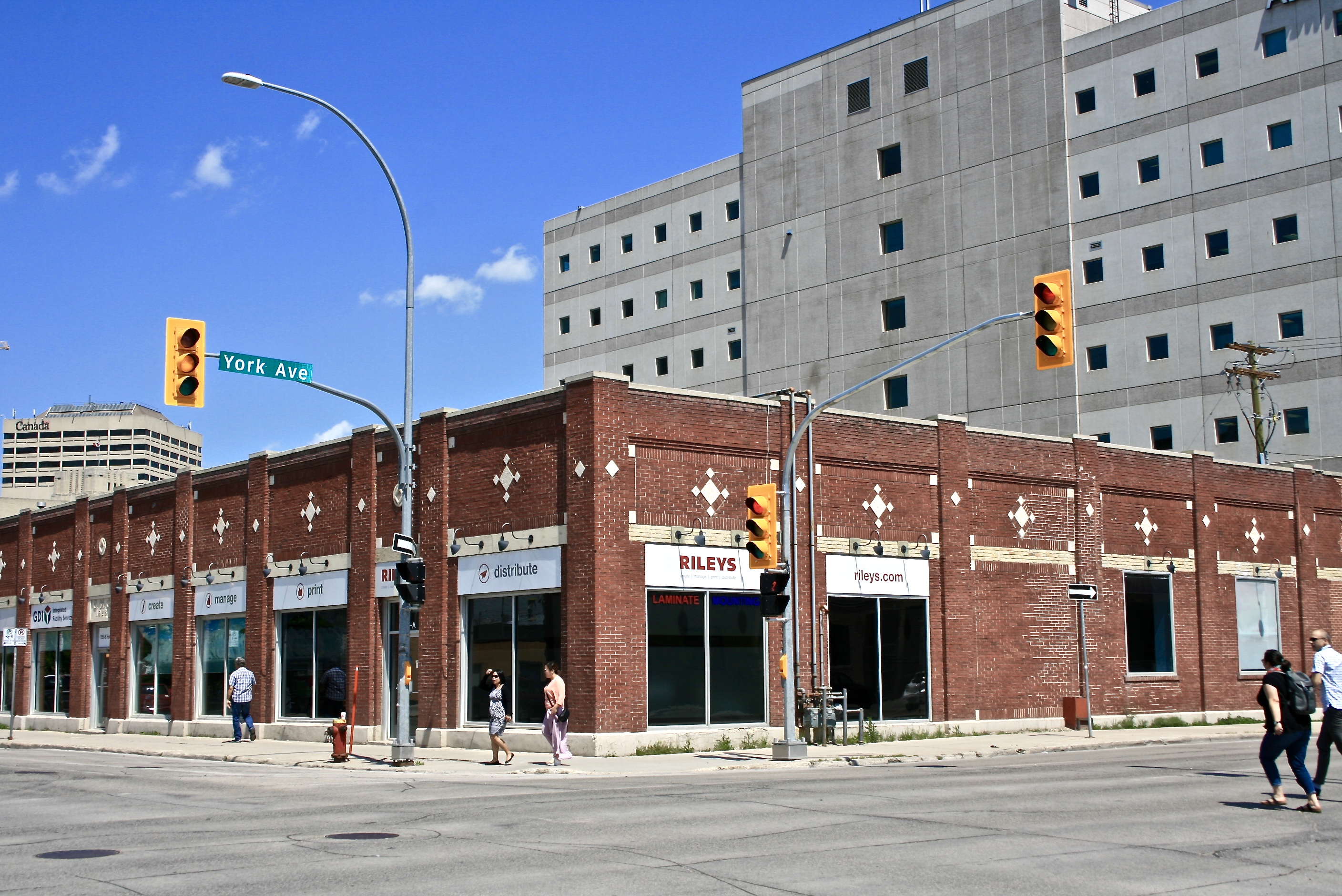 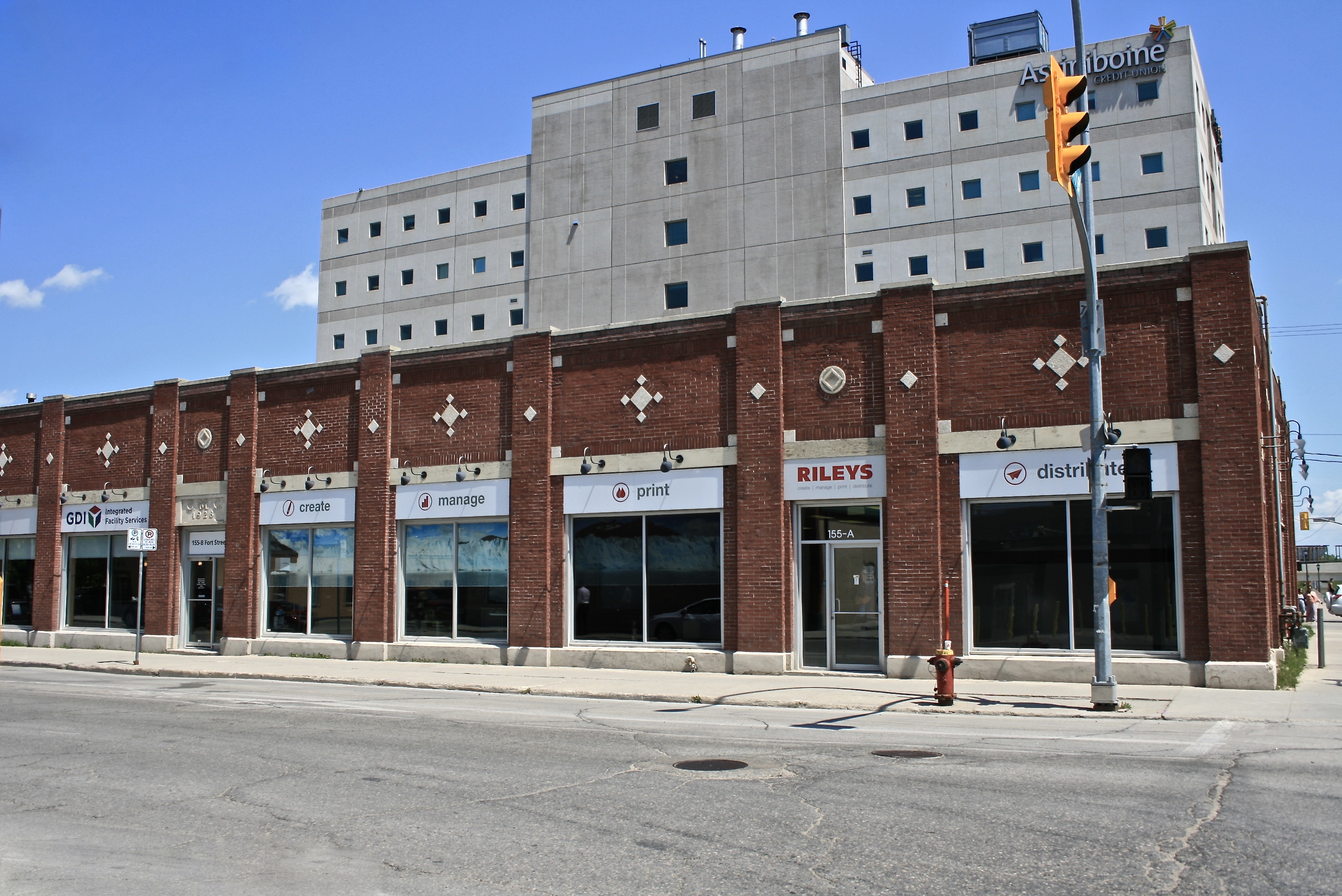 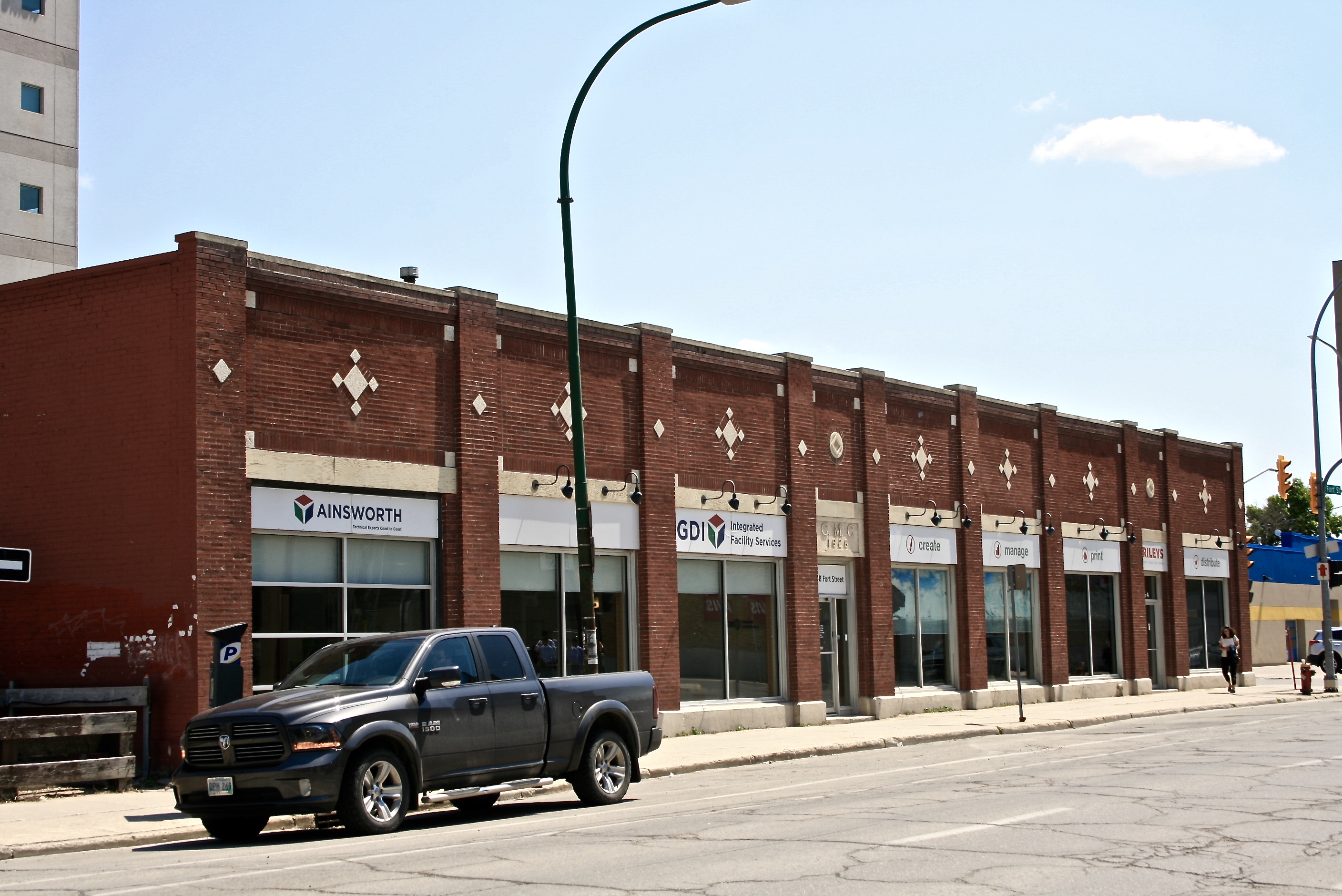 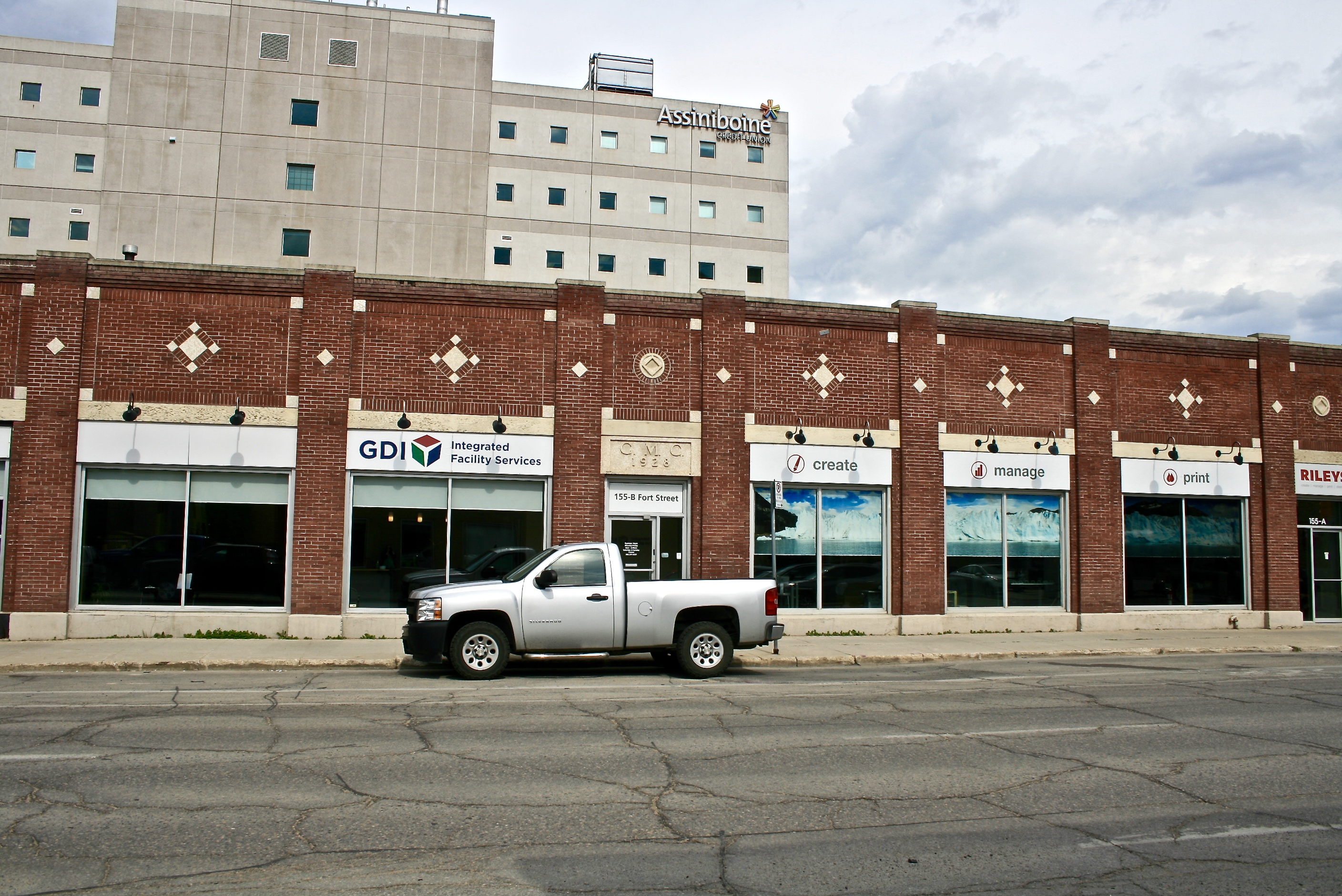 The General Motors Company of Canada (GMC) had a great year in 1927 and decided to expand its operation from Ontario to Manitoba. The regional manager for Western Canada moved to Winnipeg to begin planning a new office and showroom with the help of Winnipeg architect Max Blankstein.

The one-storey building was constructed with a steel frame and concrete, with brick work on the exterior. It was designed to have two more storeys added at a later date but those plans were likely abandoned as a result of the Great Depression. The cost of construction was $75,000. The building was designed with large glass windows on the south and west elevations. Above the windows is a stone and brick accent which breaks up the use of common brick: the stones were arranged in a diamond pattern while the brick was laid flat. Above the Fort Street entrance is a stone carved with the General Motors Company initials. The interior of the building was designed with a showroom big enough for 100 cars, a parts depot, and a repair bay. At one time the exterior of the building was painted over and the exterior had to be restored, bringing it to its current look.

GMC worked out of the building until 1939. The building then became Inman Motors, which was followed by many car dealerships using the building: Bolton Motors, Twin City Motors, Mitchell City Motors, York Tools, Frontier Toyota, and Tony’s Academy Auto Service. By 2005 the building was redesigned as office space for multiple tenants.