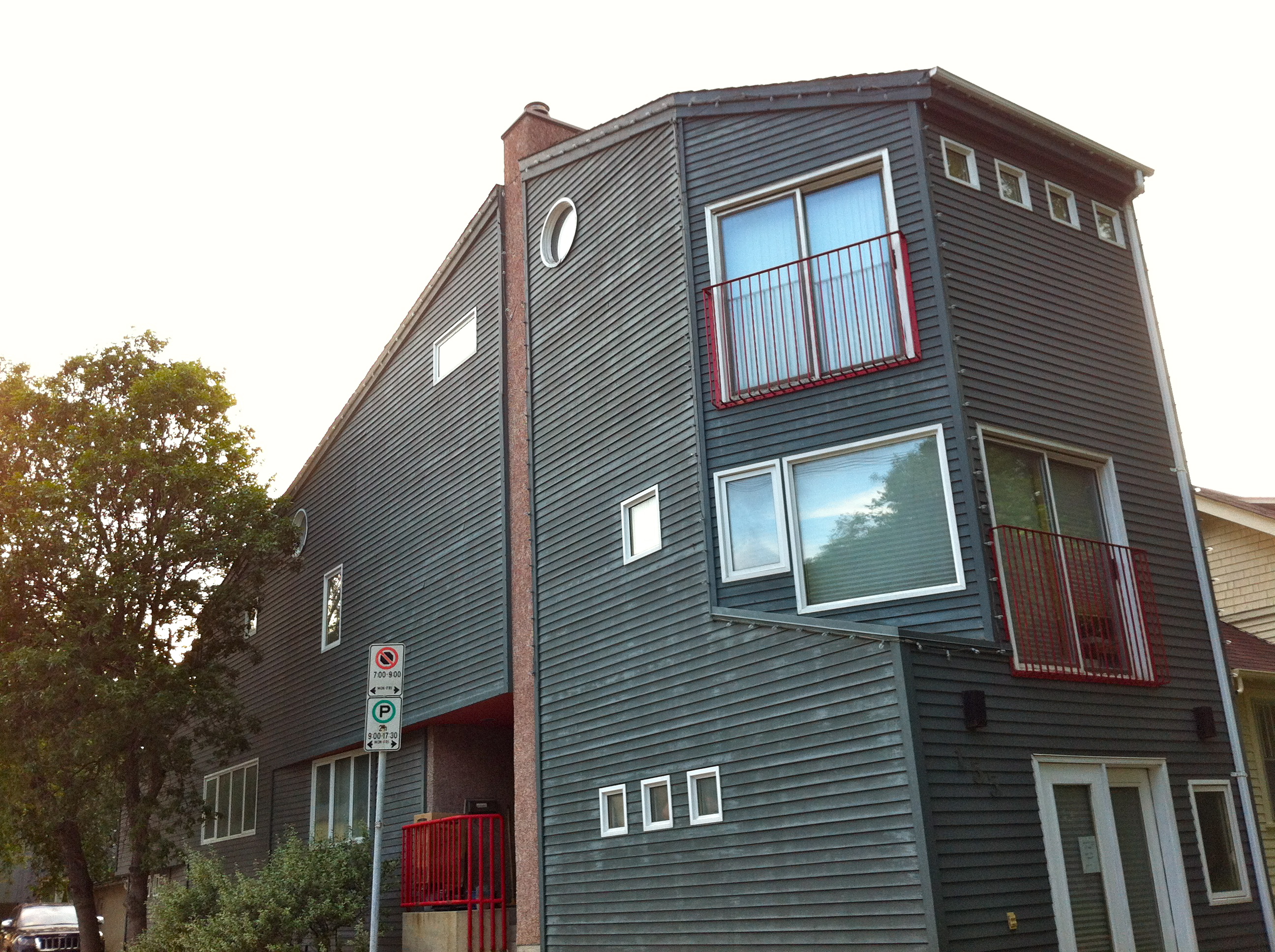 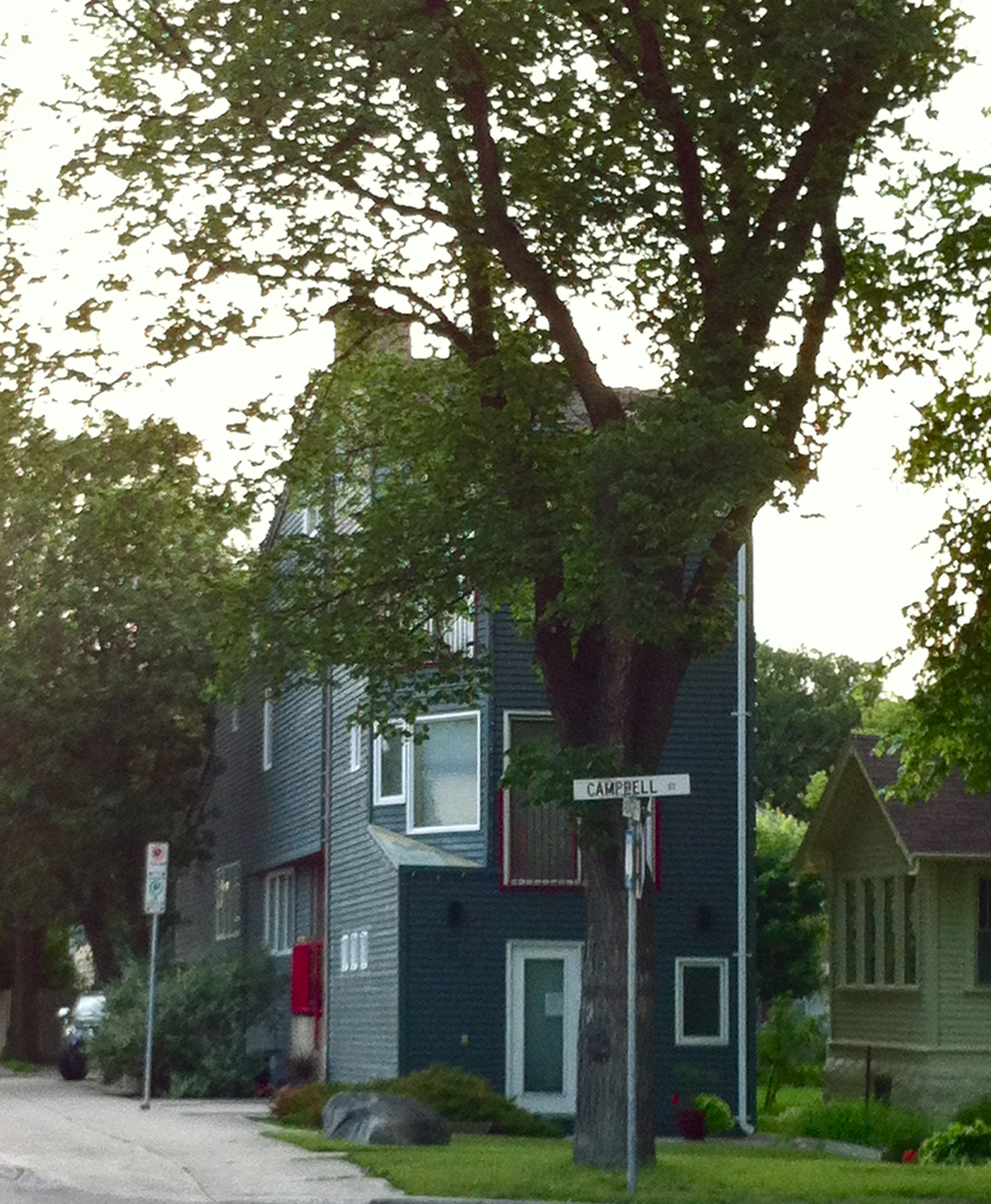 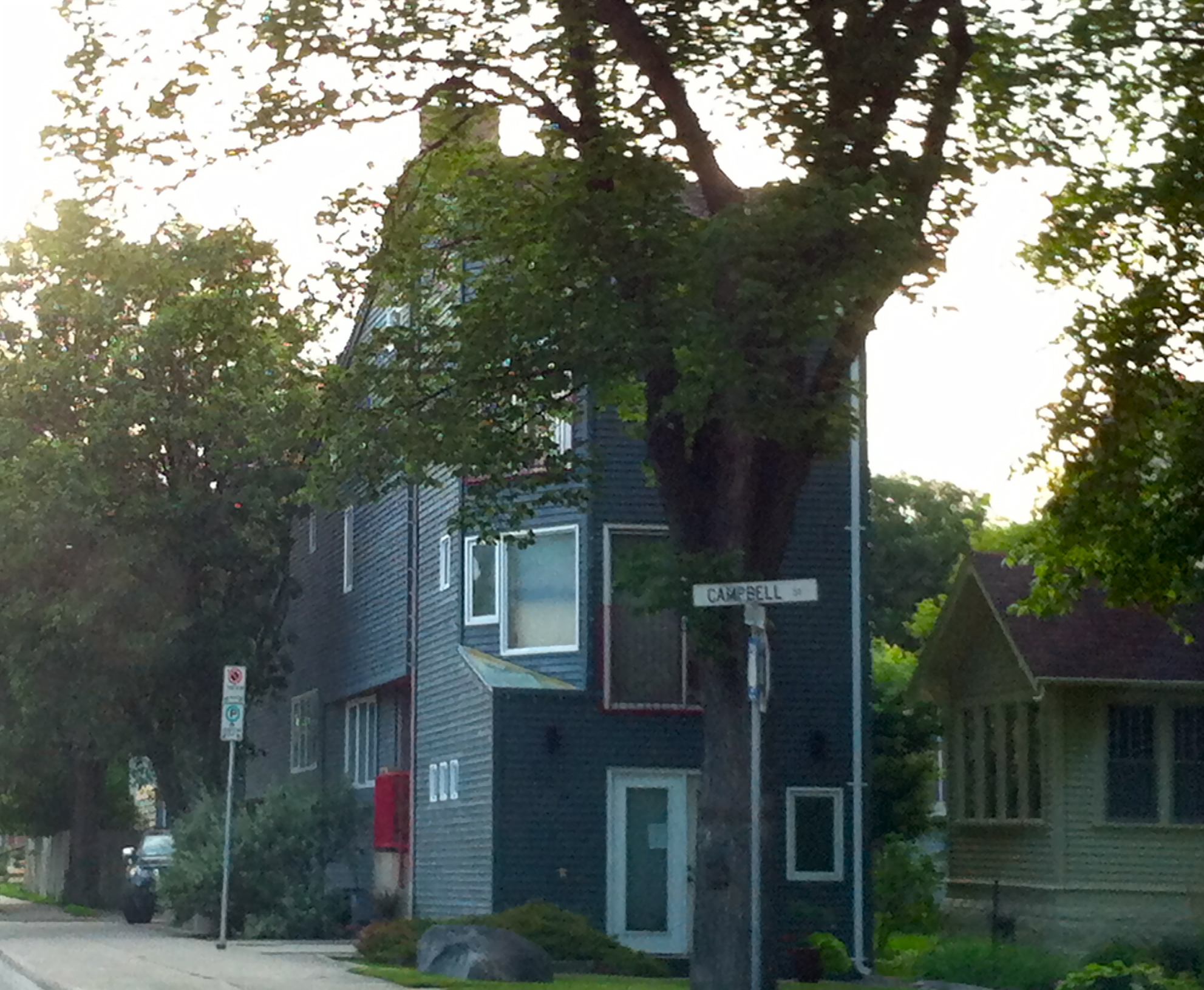 A slender and tall house erected on a thin site, 155 Campbell Street possesses a row house aspect which bridges its quiet, residential Campbell Street and the busier, adjacent Academy Road. A variety of window forms lend a sense of dynamism to the wide south elevation, which is further broken-up by means of an inset side entryway and vertical chimney form. Red metal accents and porthole windows lend a ship-like mein.