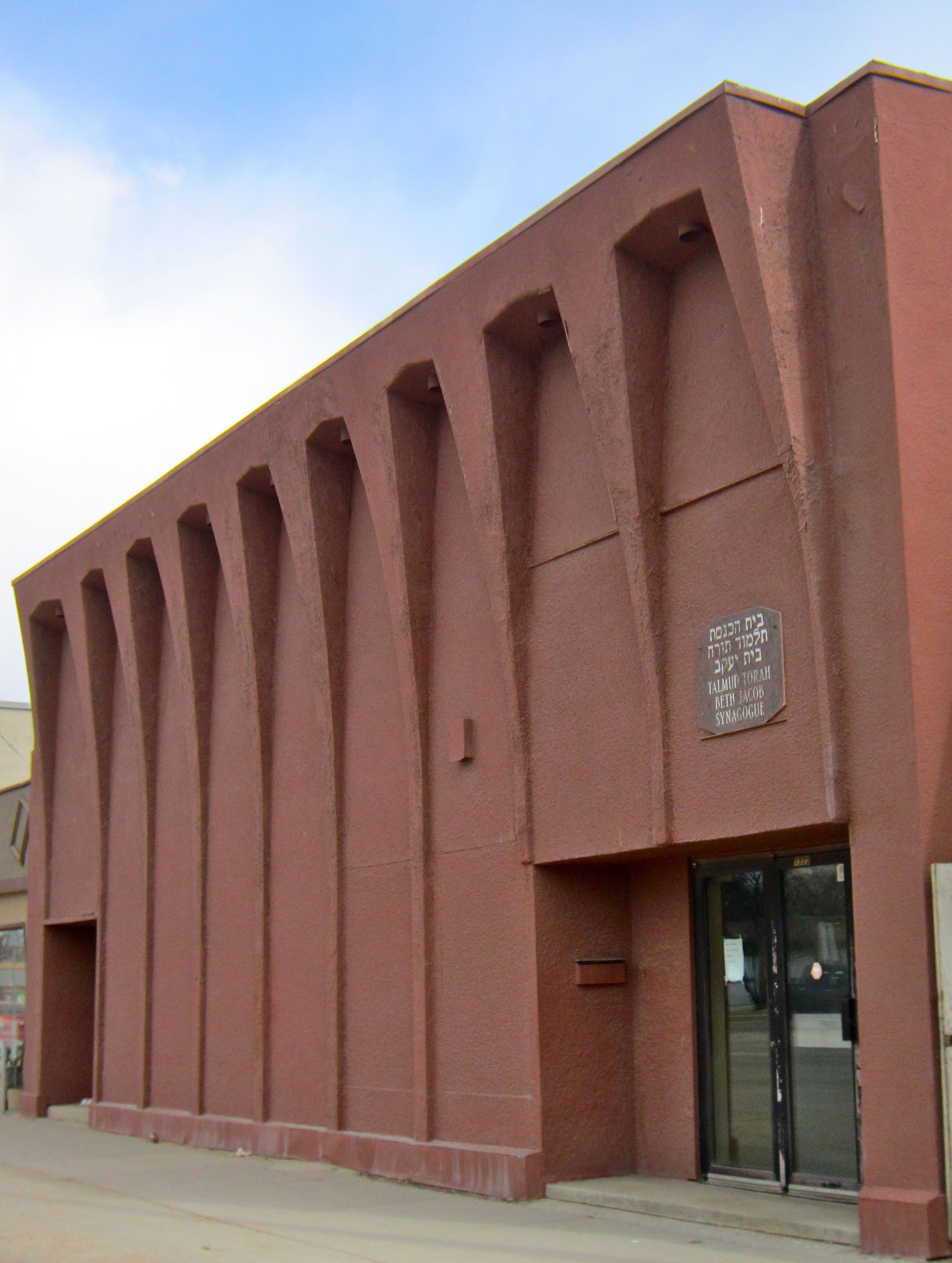 1525 Main Street, currently serving as the Talmud Torah Beth Jacob Synagogue, reportedly began its life in 1912 as a movie theatre. The earliest records currently available, indicate this location was, by 1926, used as a Salvation Army hall for such services as funerals. In 1936 this address became home to (or once again home to) a cinema, courtesy of work executed by the Dominion Construction Company. For decades this structure was operated as the Hyland Theatre. Among its last operators during this period was Arnie Agnew, who ran the cinema as an independent theatre, but ultimately closed the facility in 1984. For the following decade the building functioned as a church hall, before being reconverted into a second-run discount cinema for a brief time in the mid-1990s. 1525 Main Street features a stucco facade (which dates to the mid-1960s) comprised of stylized arches.