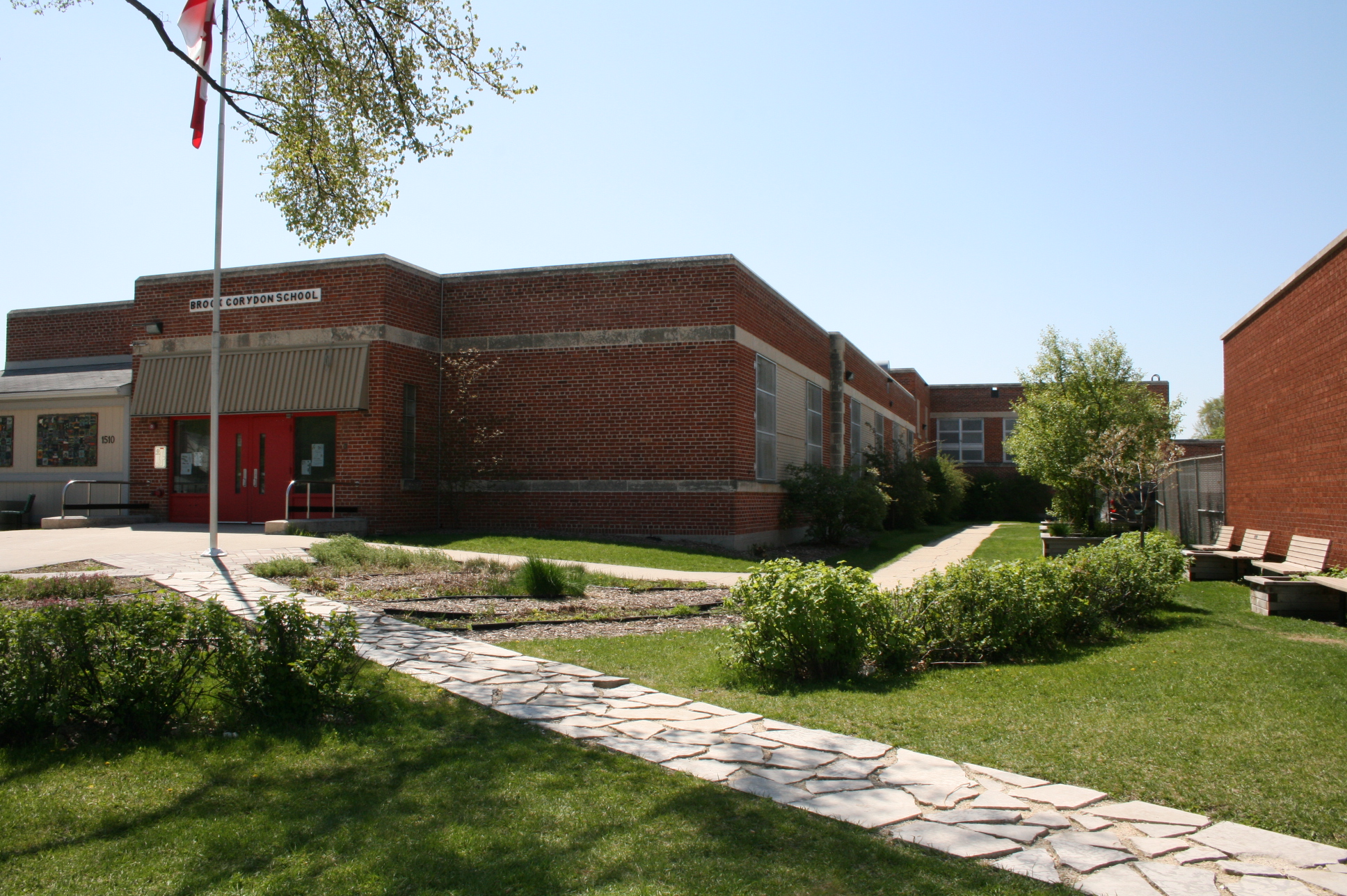 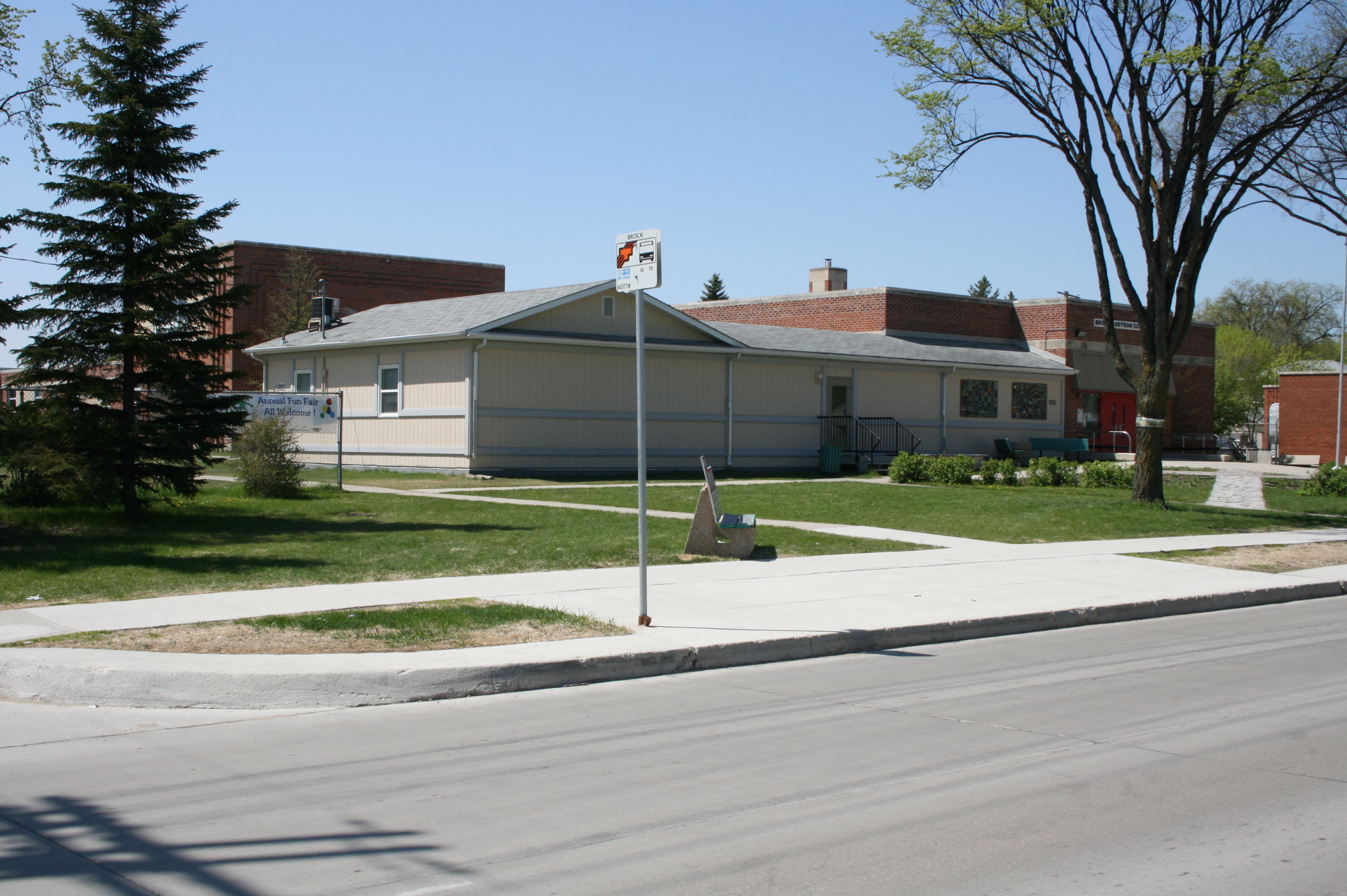 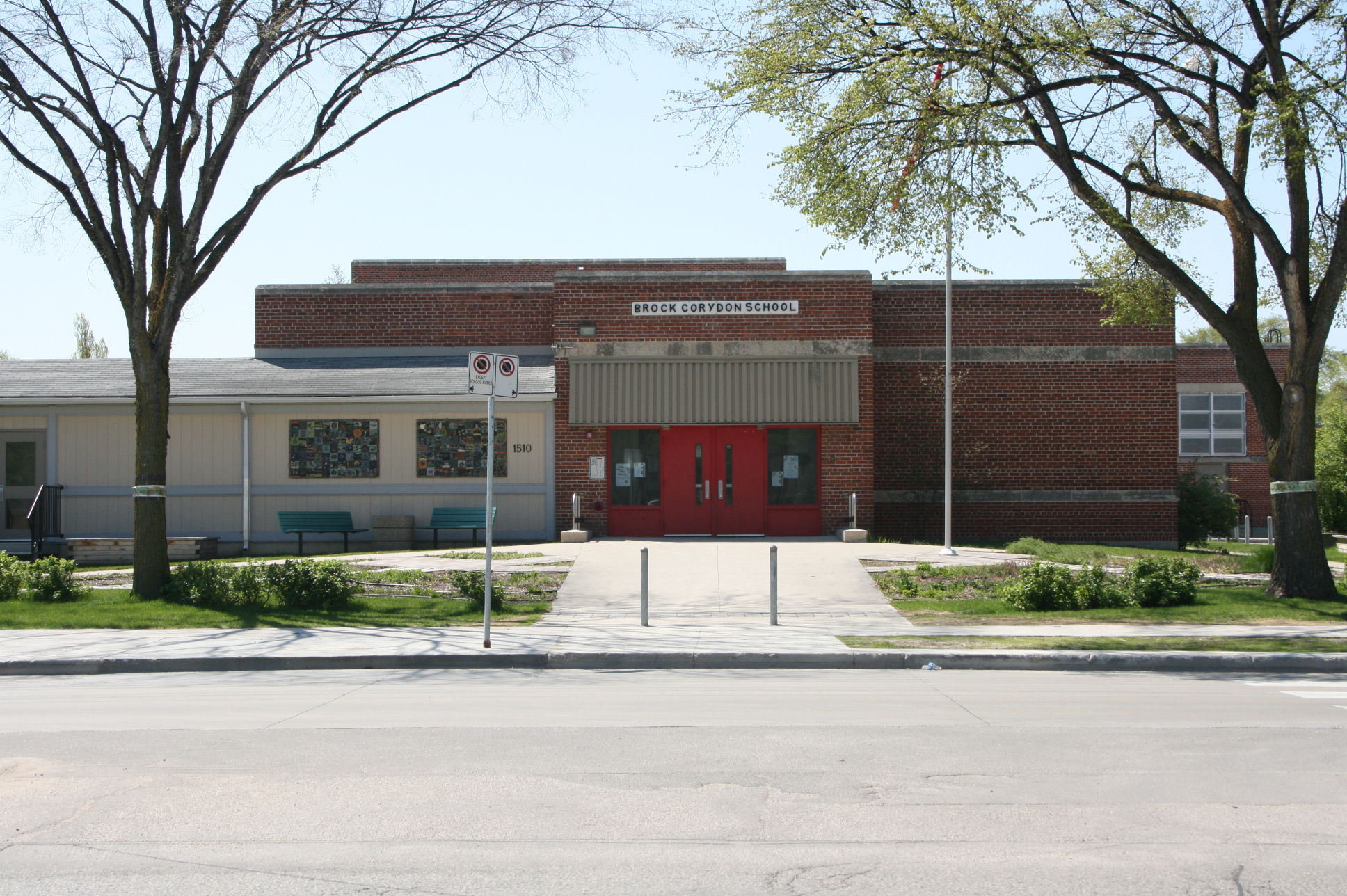 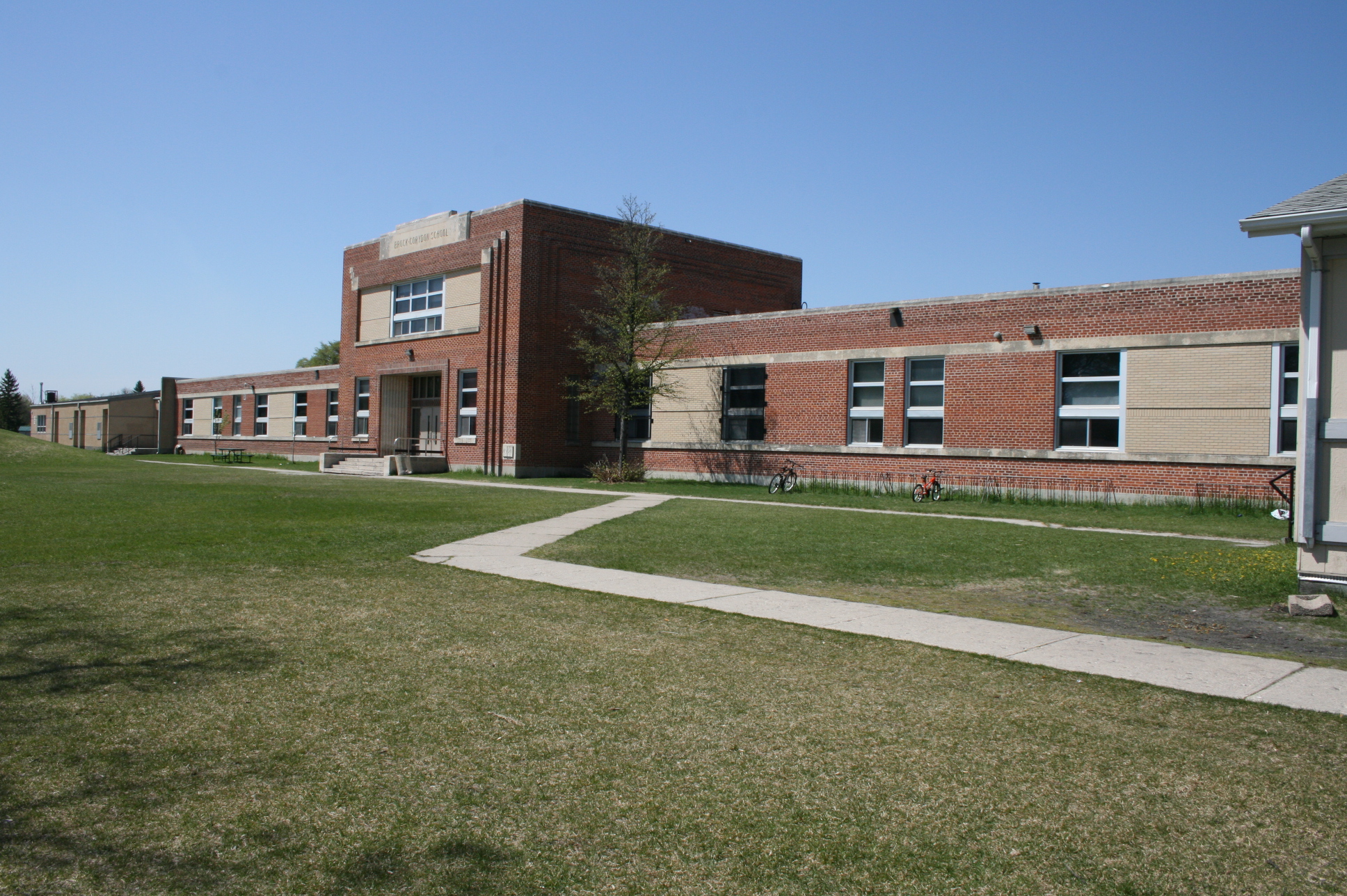 Brock Corydon Elementary School is named in honour of Sir Isaac Brock, British General and a commander during the War of 1812, who led Canadian and British troops to early victories in the war before losing his life at the Battle of Queenston Heights at Niagara.

This school is inclined to the older, more traditional style that the school division employed heavily at the time of construction. Bricks and mortar were used and details such as a side entrance tower and stone decorative trim give the building an art deco feel. Windows in the academic wing and in the tower have been partly filled, with the stucco keyed to match the trim. The intent of the original design remains. There are portable classrooms on the front and the back of the school.