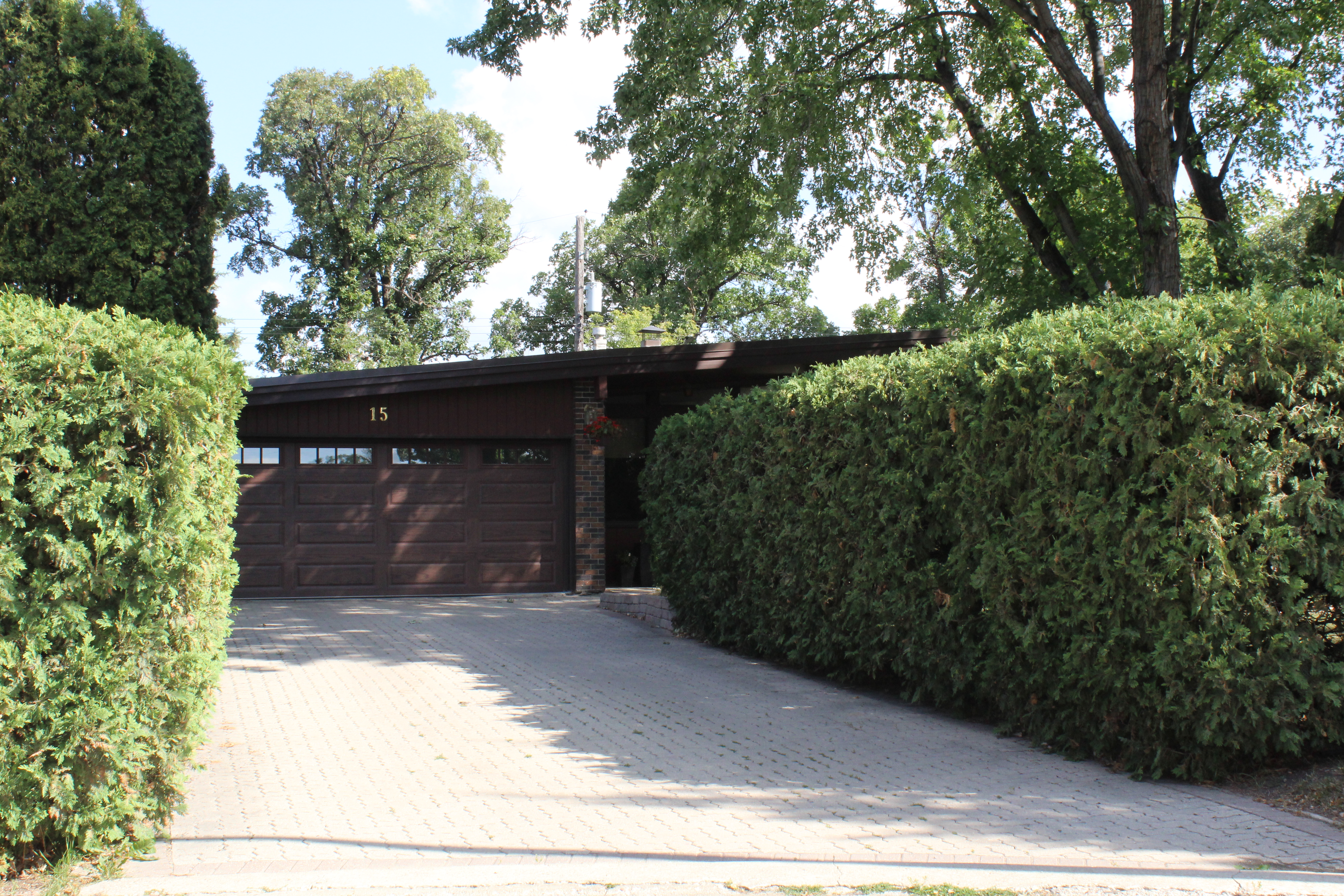 In 1966, this home was purchased by Maurice (Mo) and Irene Renaud. Mo was a public announcer for the Winnipeg Blue Bombers Football club for 35 years and worked as a General Manager and CEO of the Red River Exhibition for 25 years. For several years in the late 1960s, their home was host to the swimsuit competition of the Miss Manitoba Pageant—also known as the “Splash Party.” A Winnipeg Free Press article dated June 17, 1968 reported that the judges of the competition, including Professor of Interior Design Grant Marshall, “watched closely and took notes as the girls paraded around the pool in their bathing suits.” It has been claimed that this lot was home to the city’s first concrete residential pool.