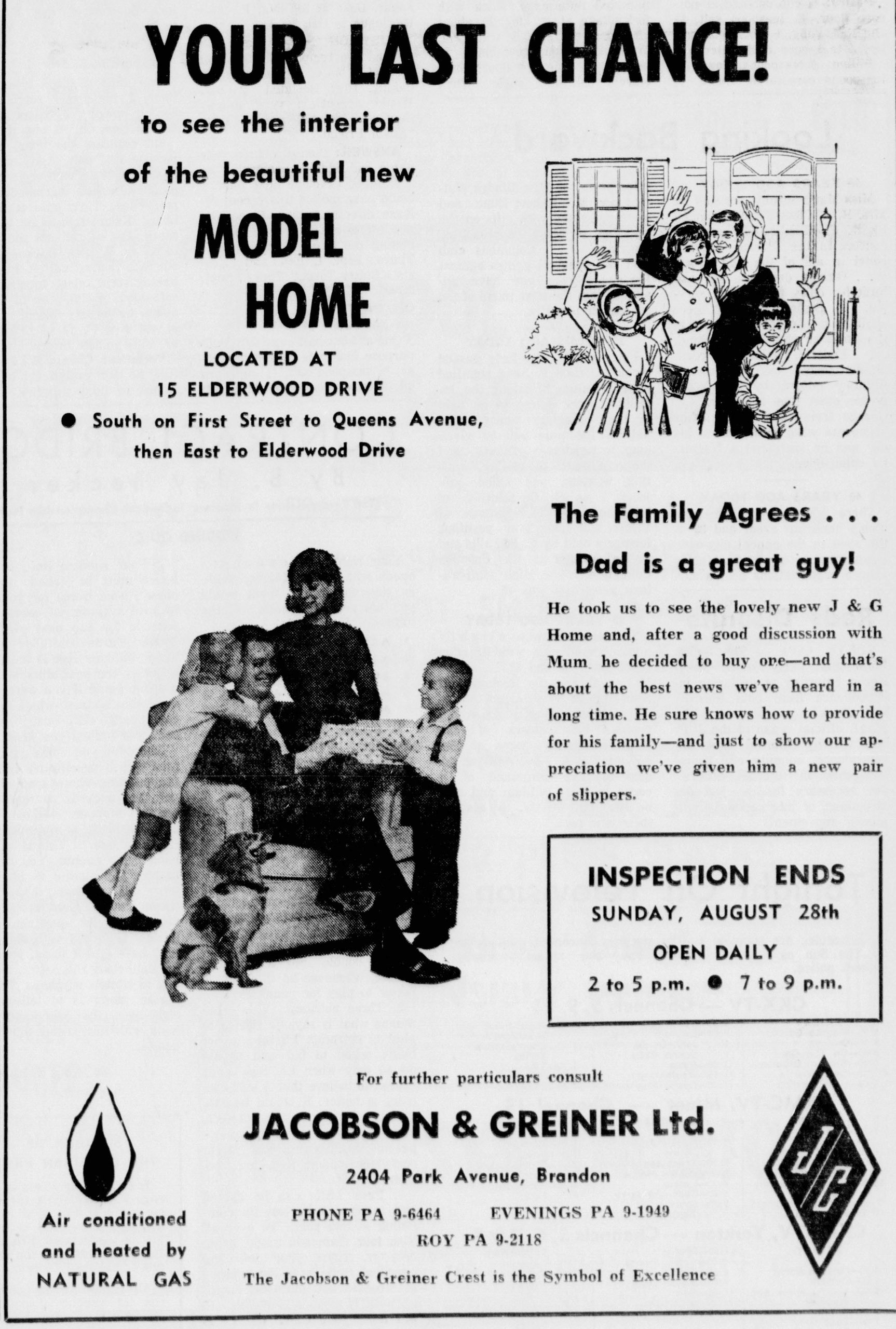 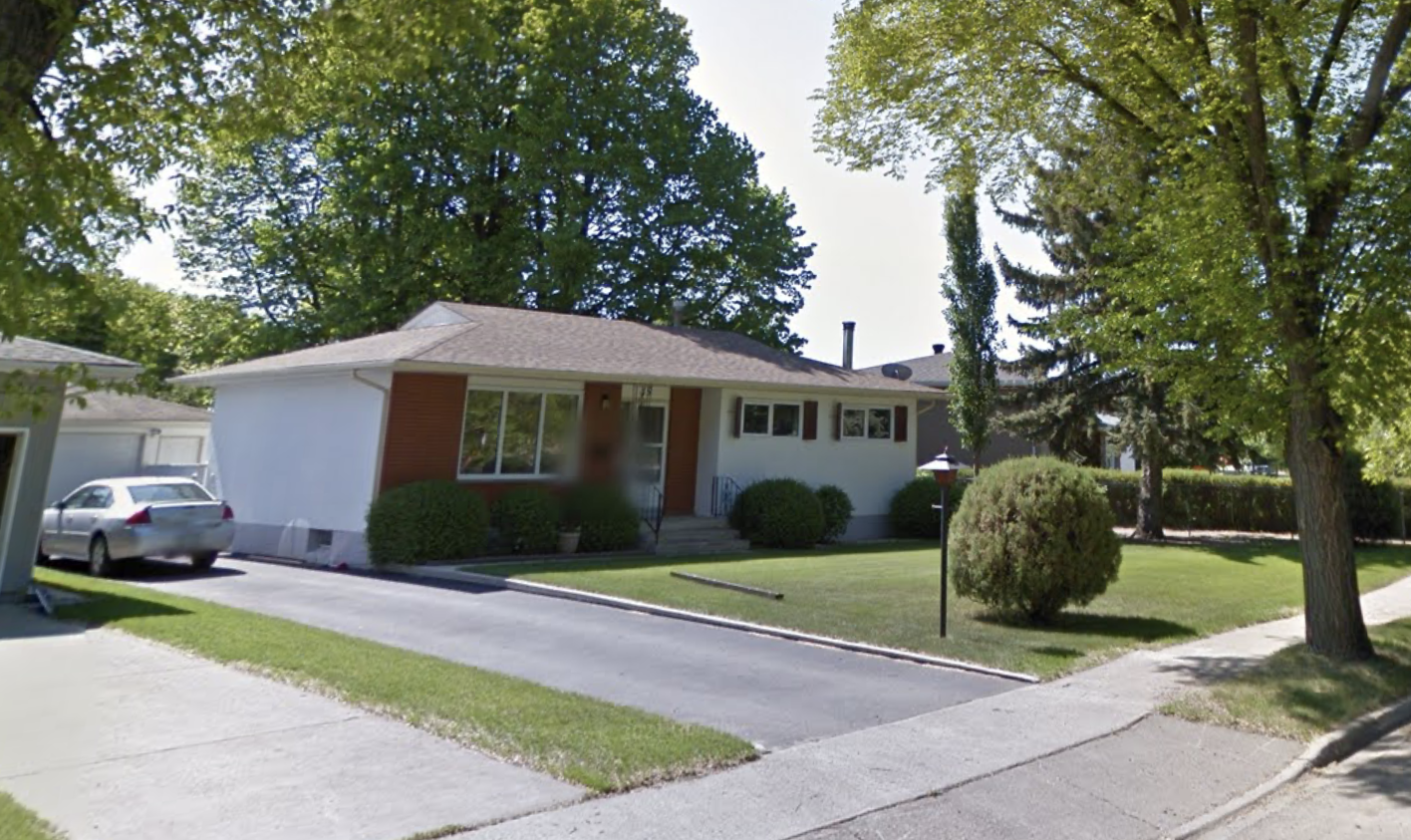 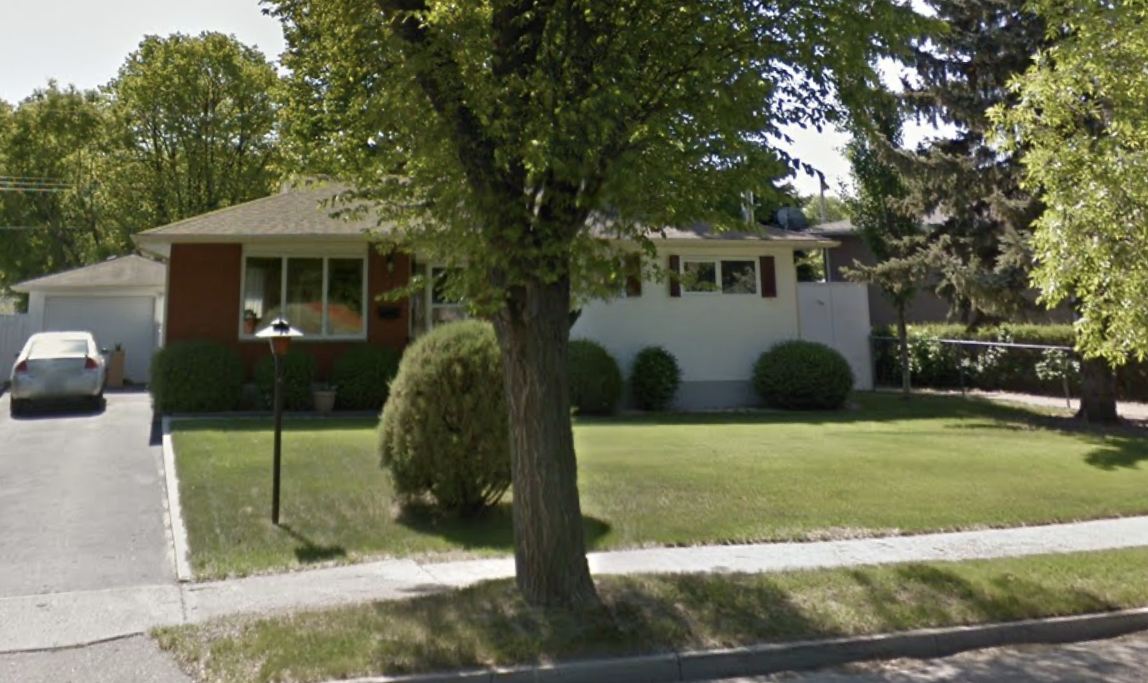 15 Elderwood Drive was built as a model home for the Jacobsen and Grenier company. It is a modest bungalow, similar in design to many of the CMHC plans.

The Green Acres subdivision was largely completed by the late 1960s.