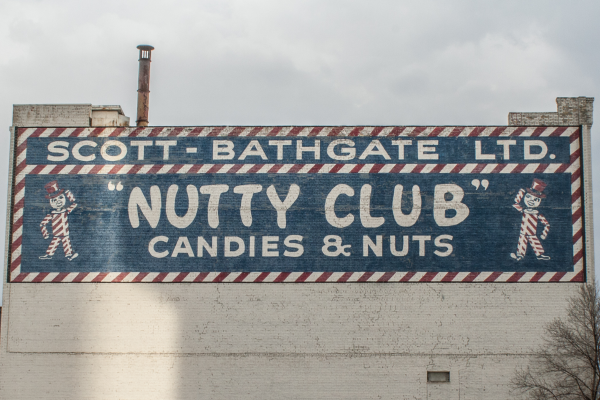 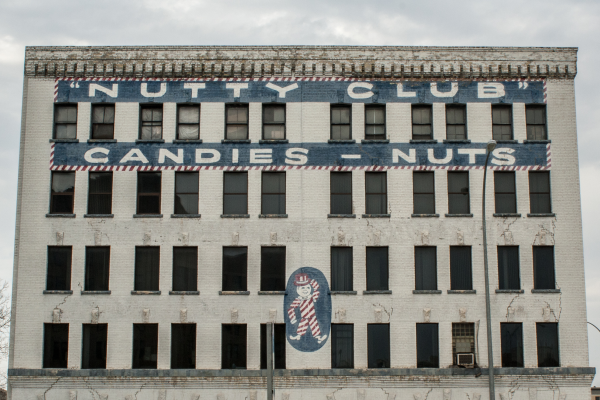 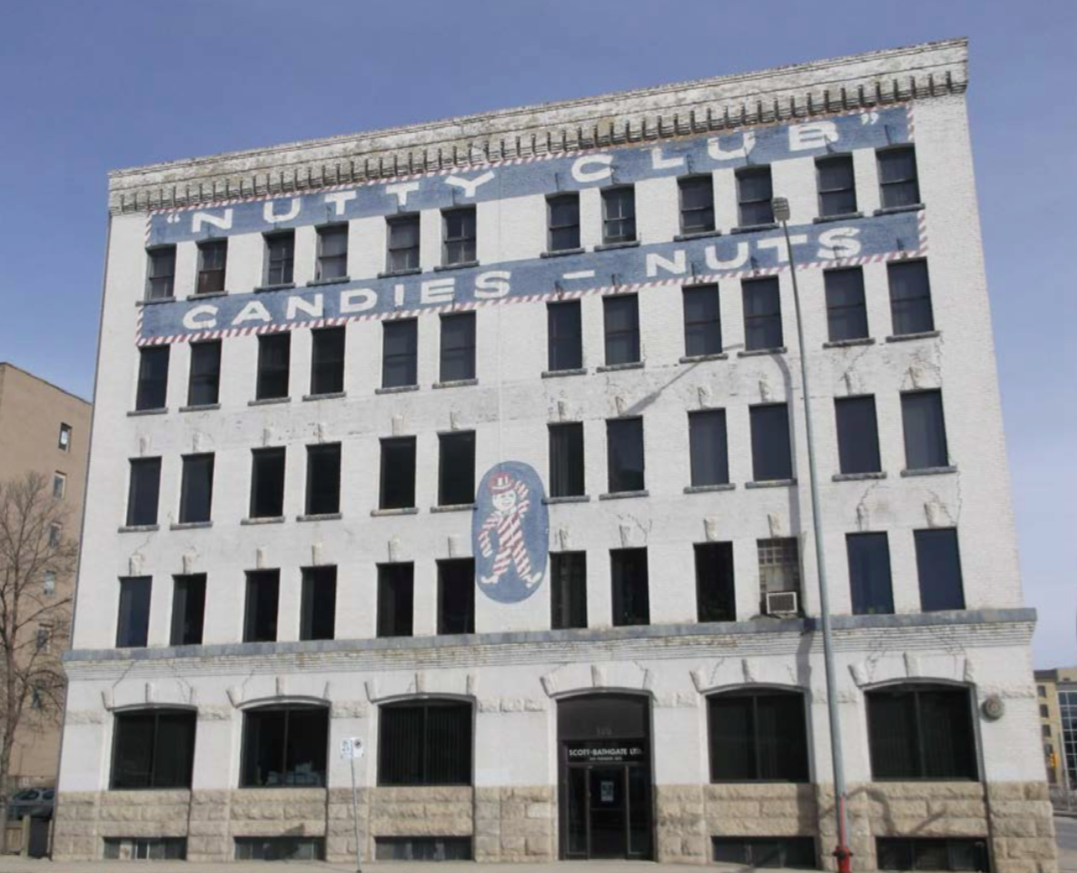 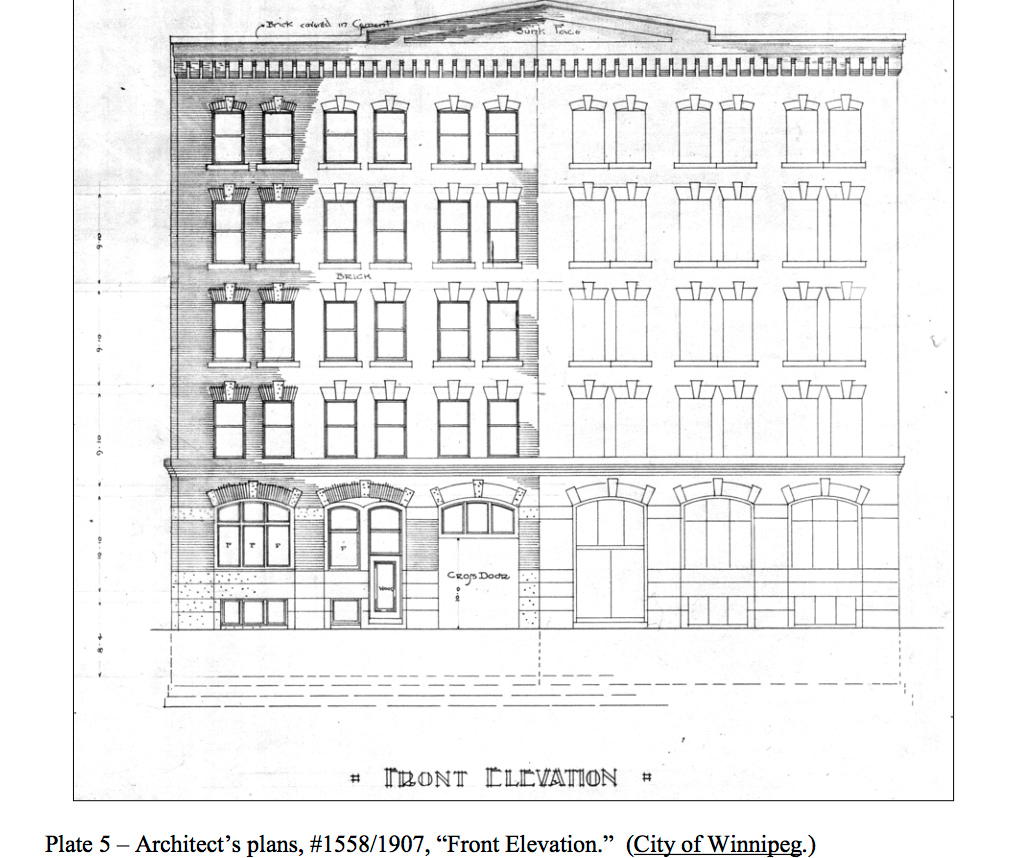 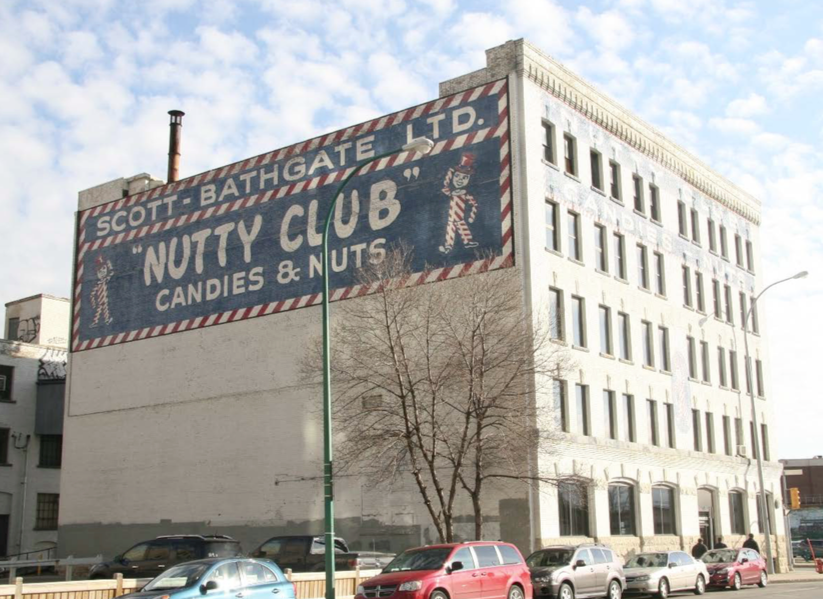 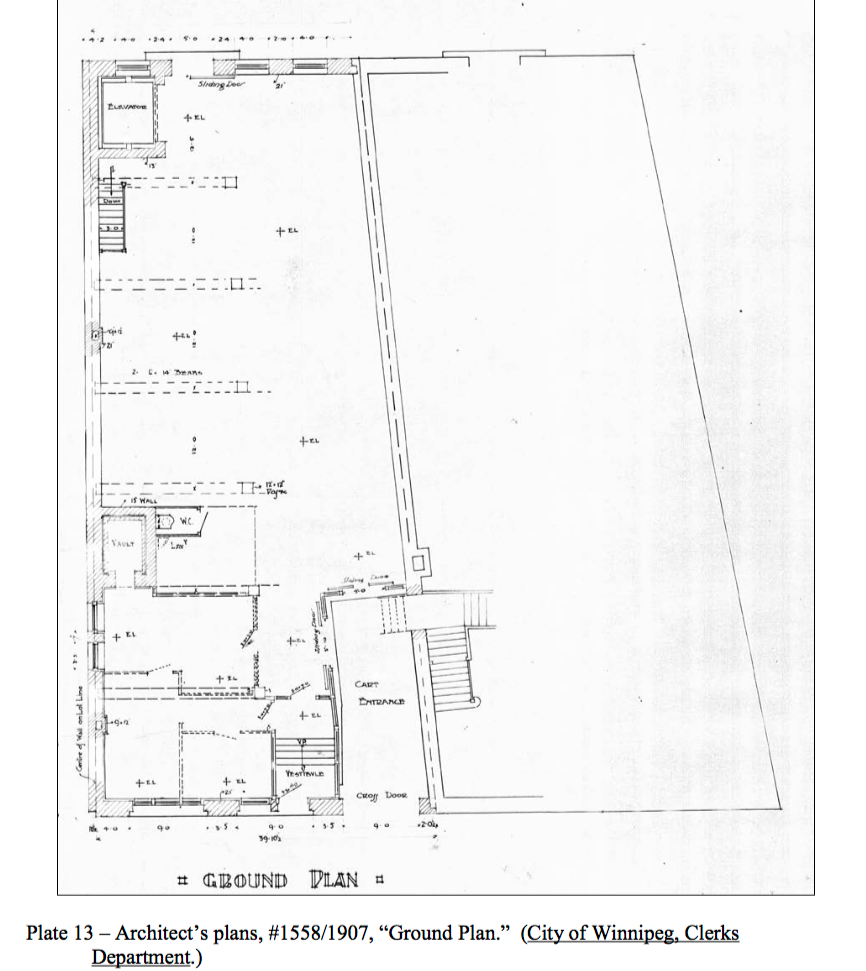 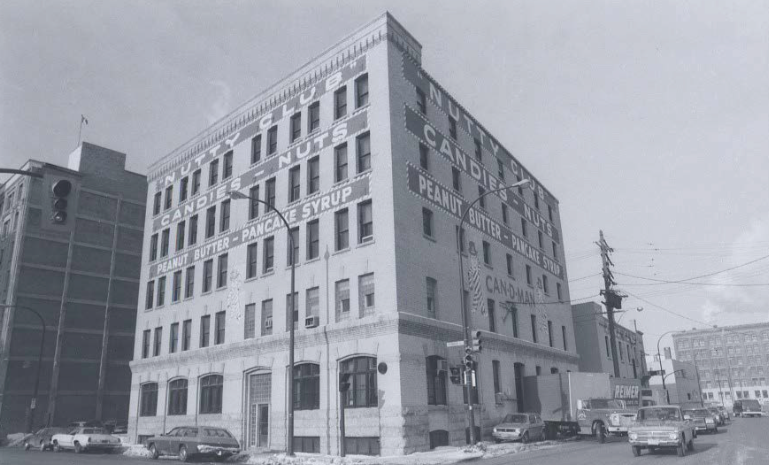 The Scott-Bathgate Building, more commonly known as the “Nutty Club” building, was designed by architect J.H.G. Russell. The warehouse building was constructed in two sections, the east portion in 1905 and the west portion in 1907. The structure was designed in the Romanesque Revival style, albeit a reduced example. Painted logos grace several of the facades, making it a well-known building to most Winnipeggers.

In 2017, the building received a City of Winnipeg historic building designation.