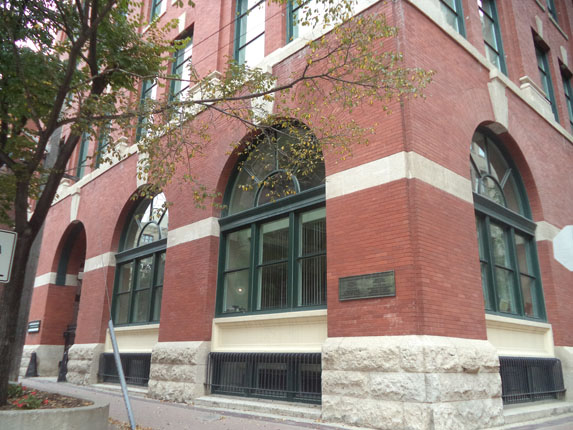 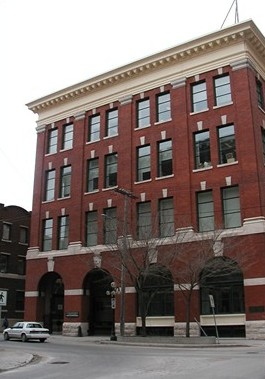 The Customs Examining Warehouse, located in Winnipeg’s commercial district, is a four-storey, flat-roofed, brick and stone structure topped with a metal cornice. Designed by architect David Ewart, in the Renaissance Revival form of the ‘Commercial Style’ developed in Chicago, the warehouse features a clearly articulated tripartite façade and classical detailing.

The Customs Examining Warehouse is associated with an increase in activity at the port of Winnipeg and an early expansion of the city. The 1907 Tariff Policy led to a significant increase in the level of customs’ activity and a need for expanded facilities. When the Warehouse was built, the city of Winnipeg was the third-largest grossing port in Canada.

The building is a very good example of the Renaissance Revival form of the Commercial style, developed in Chicago in the 1880s. The style is expressed in the composition and detailing of the facades. Designed to be fireproof as required by its function as a warehouse and storage facility, the building exhibits very good functional design.

The Customs Examining Warehouse maintains an unchanged relationship to its site and is compatible with the early twentieth-century character retained within Winnipeg’s Exchange District. Located in the warehouse and commercial area of the city, the building represents Winnipeg’s increased stature as a port city. Both the site and the style were carefully chosen to reflect its importance and as such it is a familiar building within its neighbourhood.

In 1992, the building was rehabilitated to house Parks Canada including historians, architects, archaeologists, conservators, scientists and the specialised laboratories and research collections to support their work.