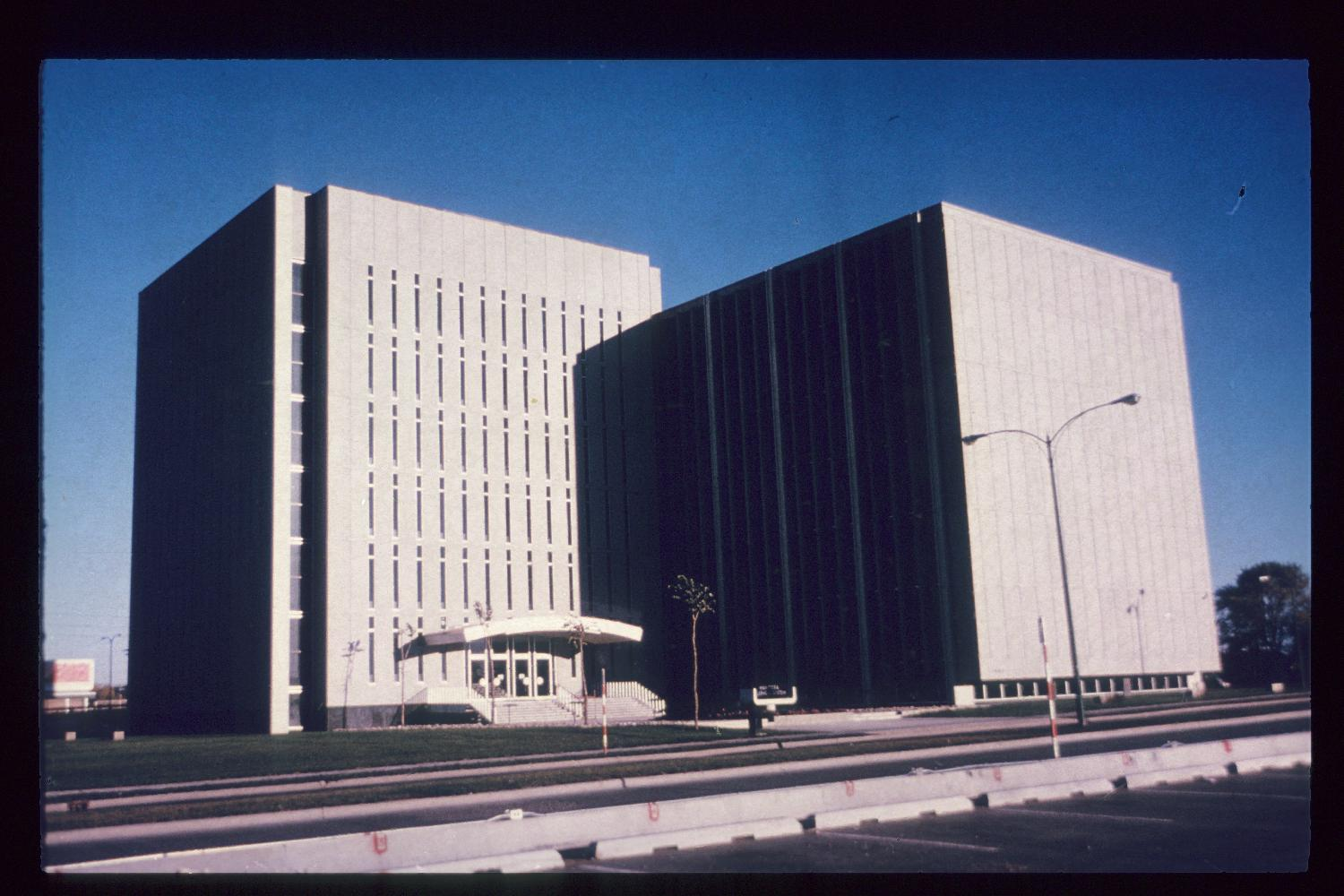 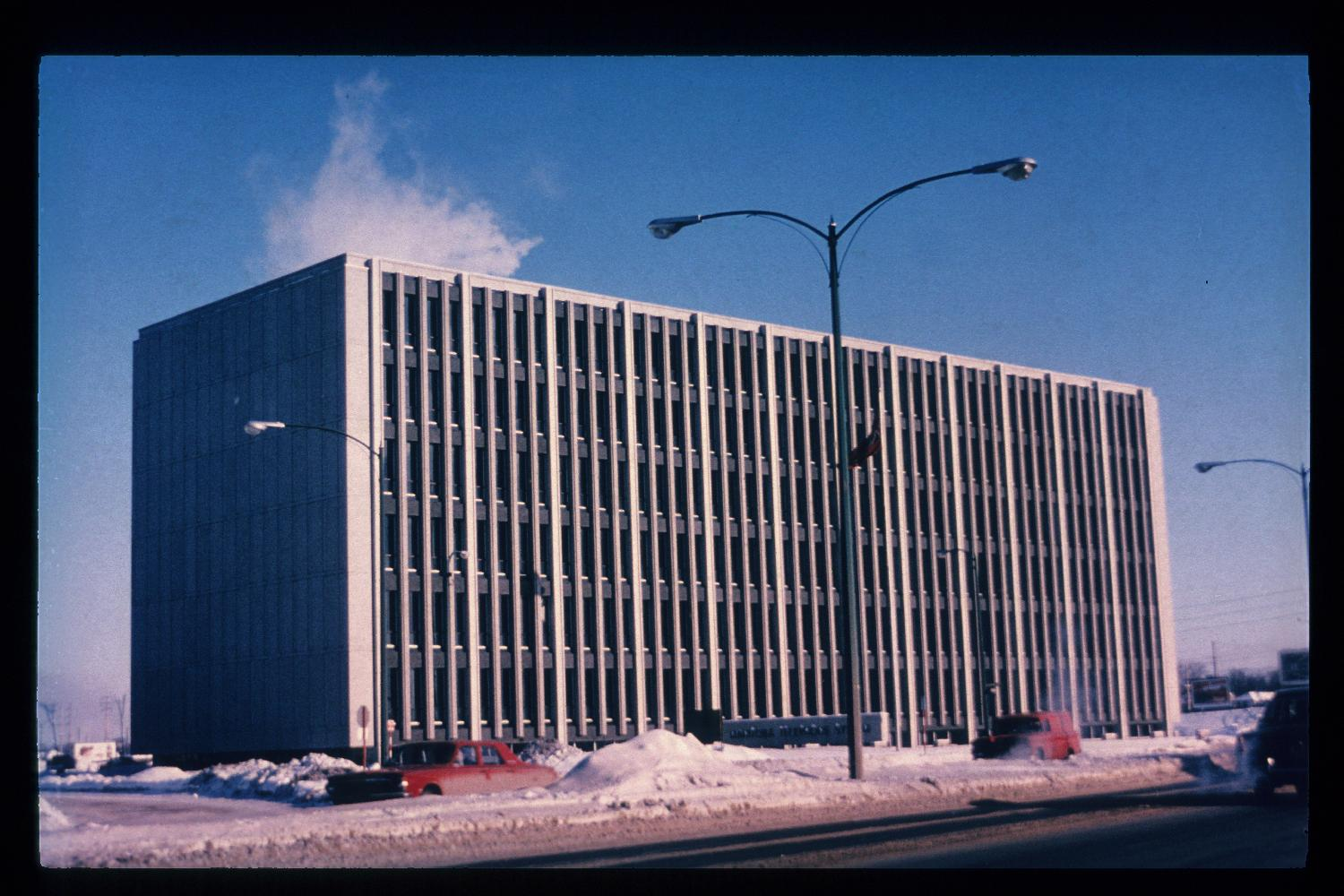 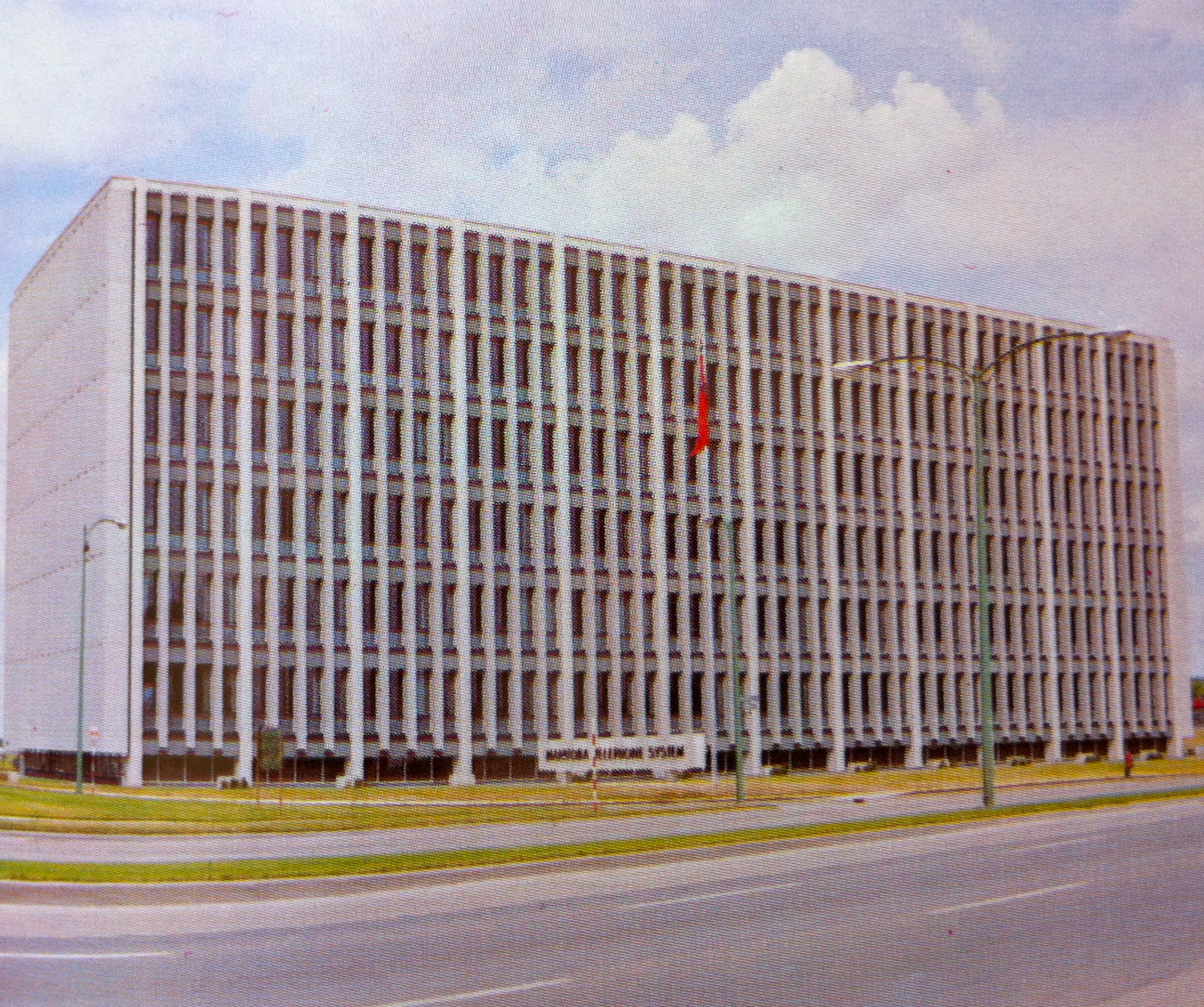 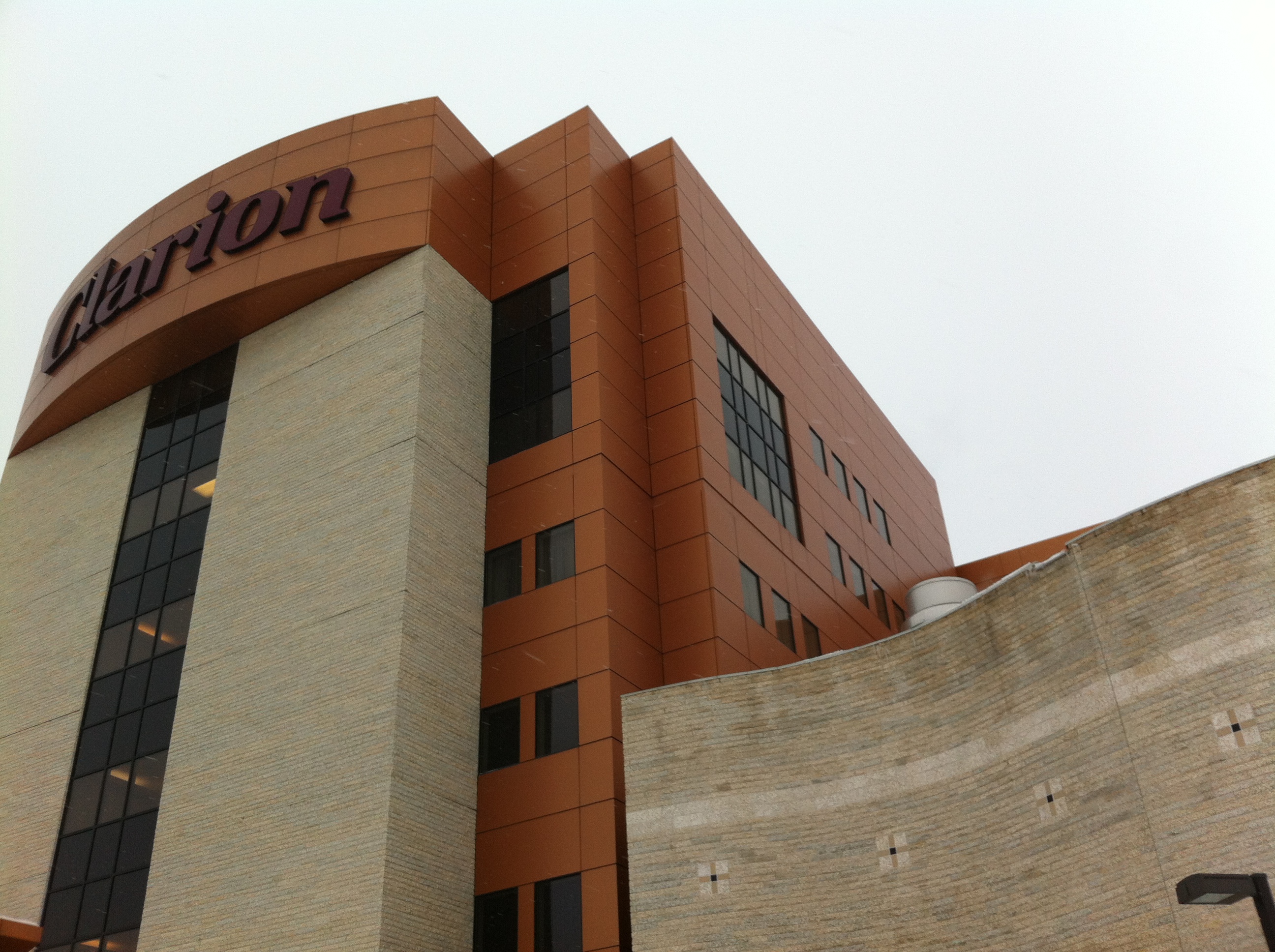 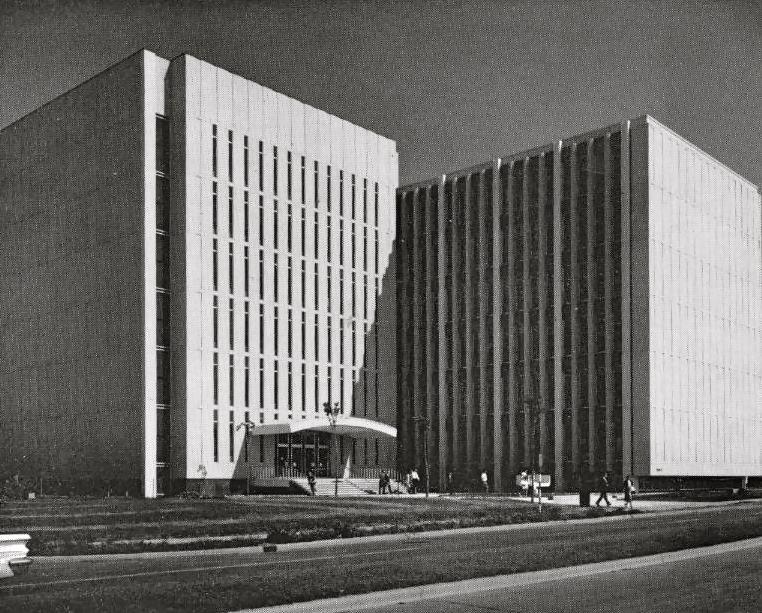 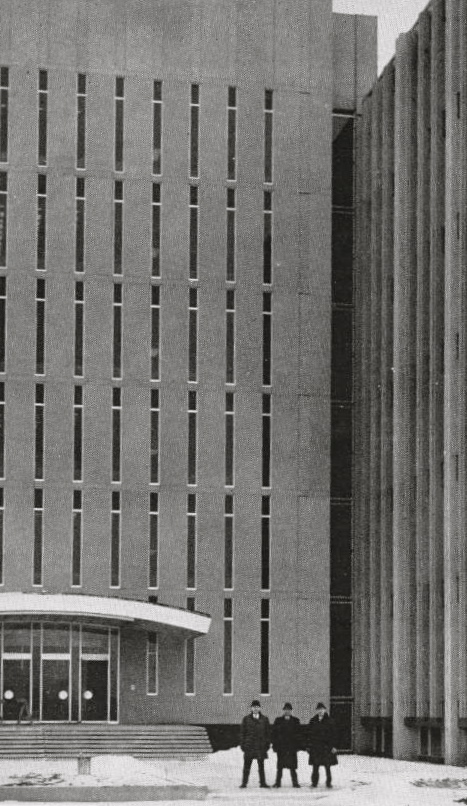 This T-shaped, six-storey structure was constructed in 1959 in order to assemble of the Manitoba Telephone System's administrative staff together in one facility. Until the early years of the 2000s the space housed more than 730 telecom employees. In 2001 the building was converted into a hotel. At this time the original modernist concrete exterior was greatly modified, expanded and reclad in coloured aluminum panelling. The hotel conversion cost was approximately $10 million.