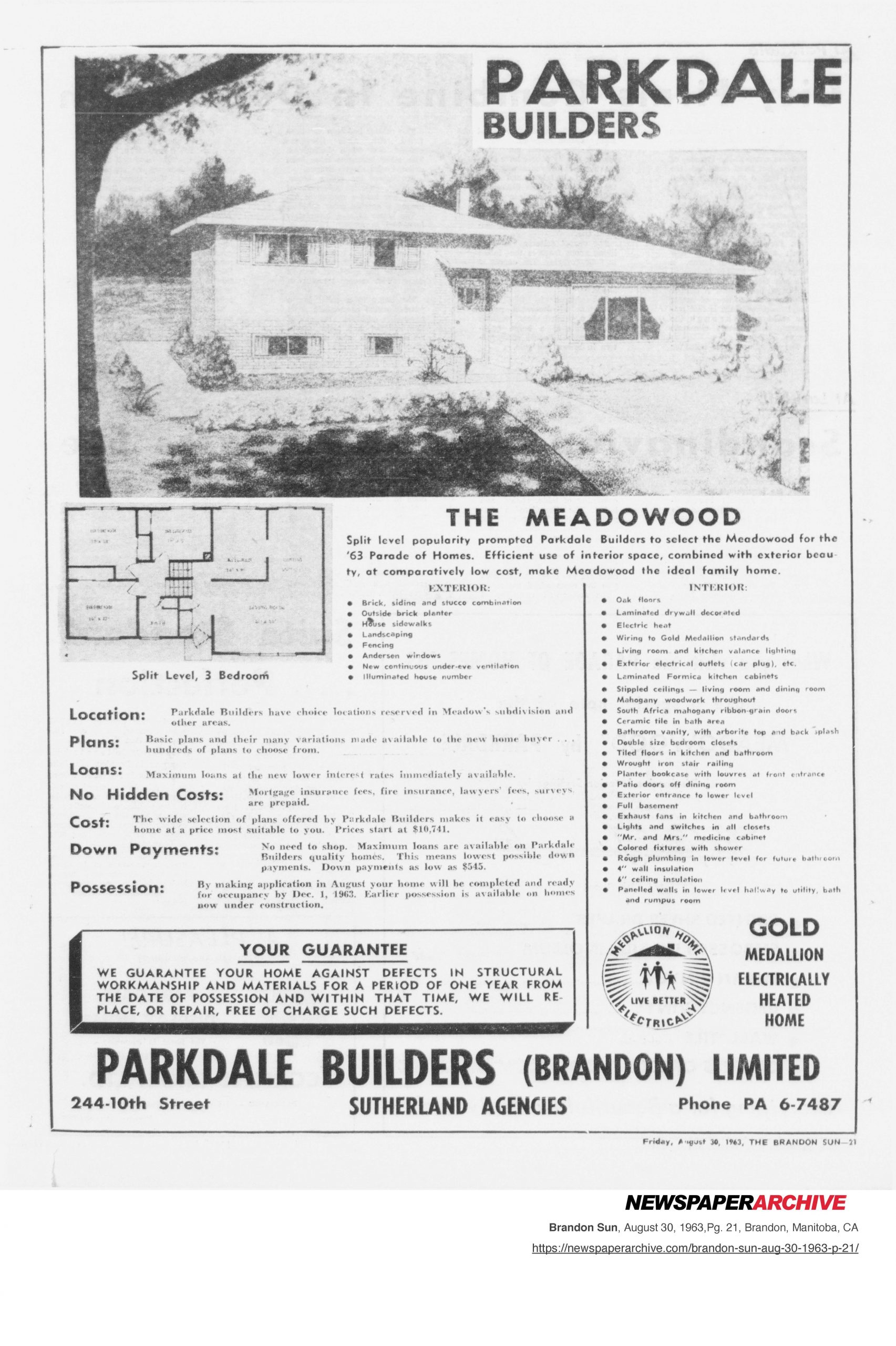 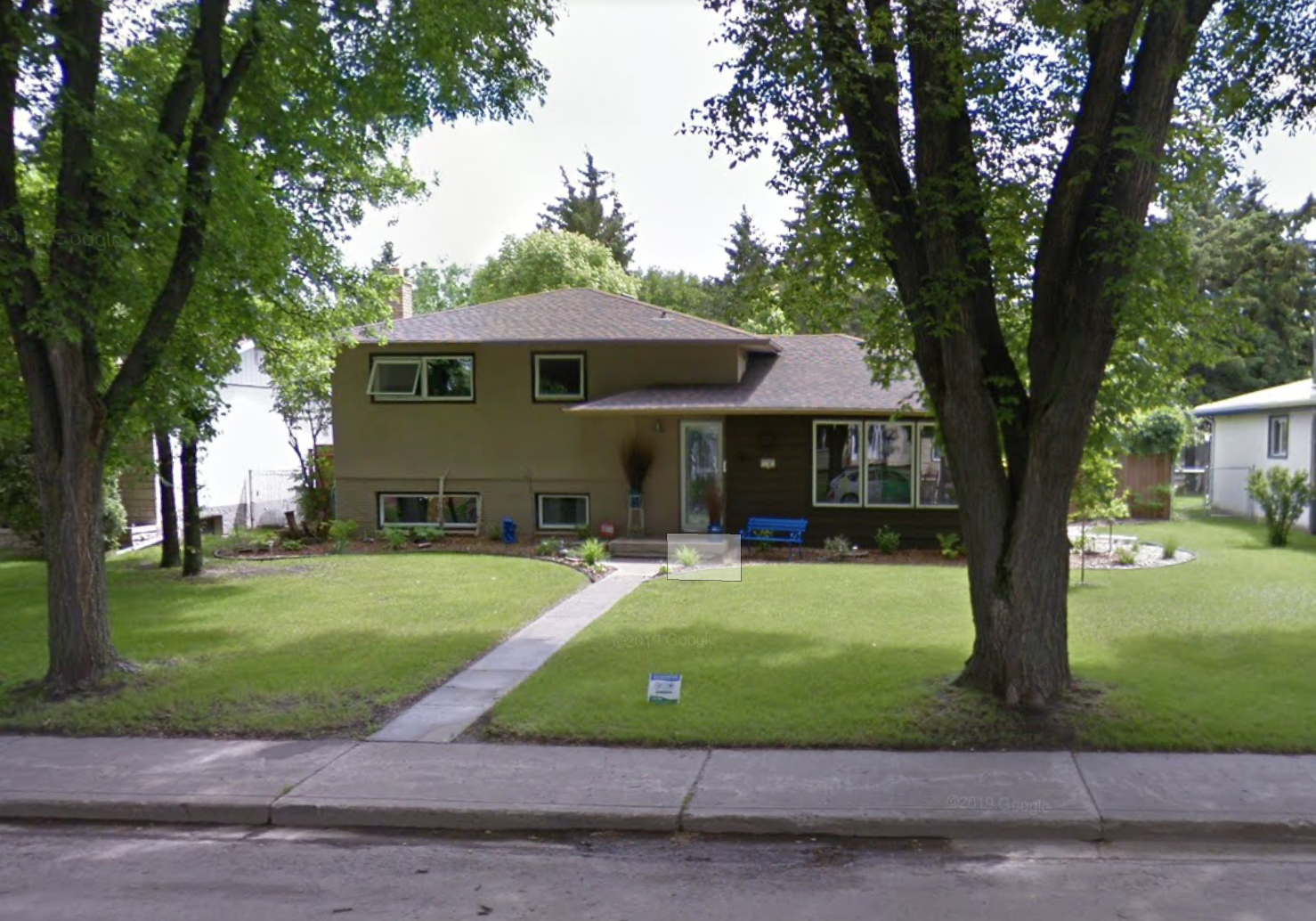 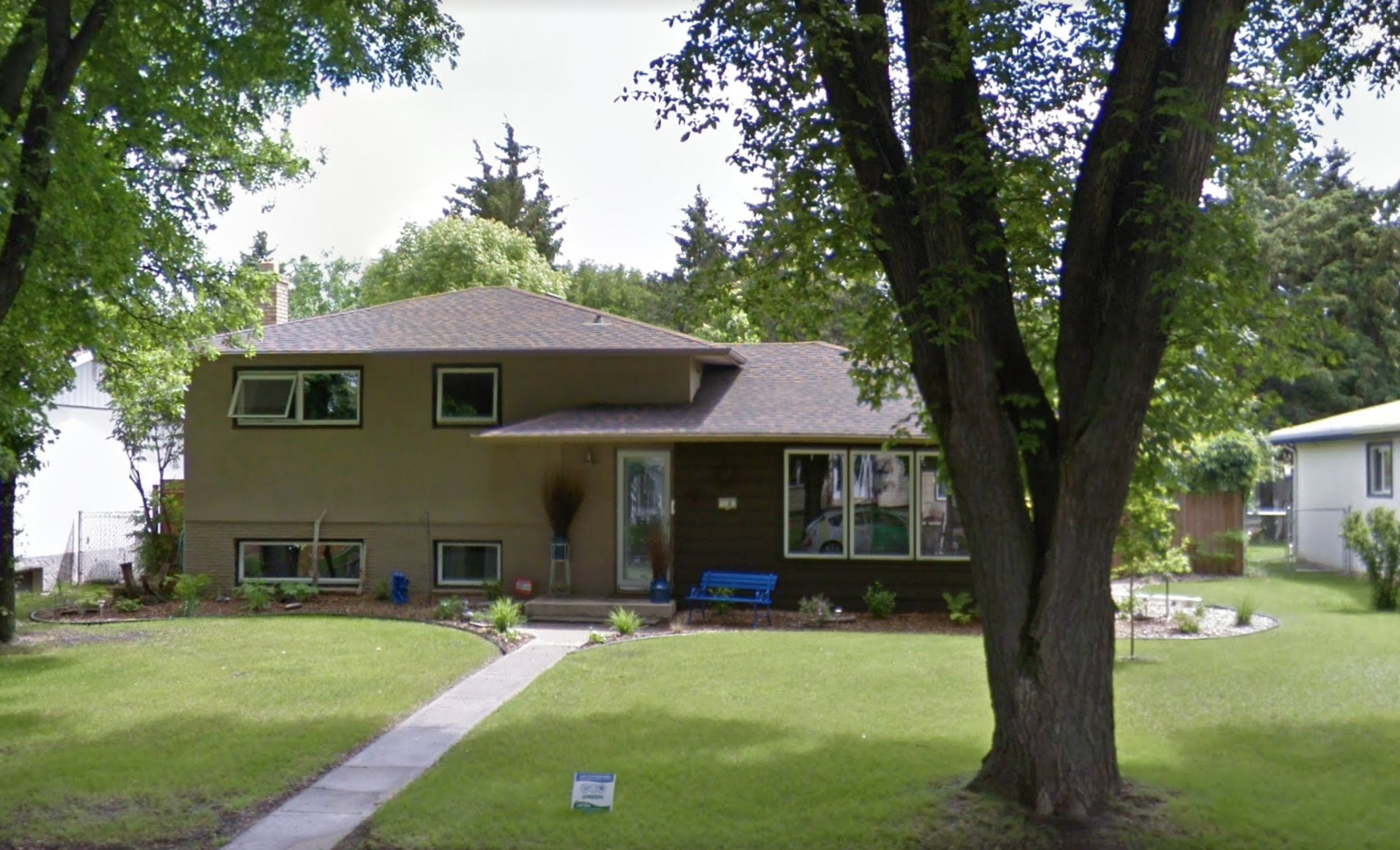 14 Violet Crescent was a model home for Parkdale Construction in the 1963 Parade of Homes.Named "The Meadowood", it was advertised as a split level with efficient use of interior space, with exterior beauty, at comparatively low cost, making it an ideal family home.