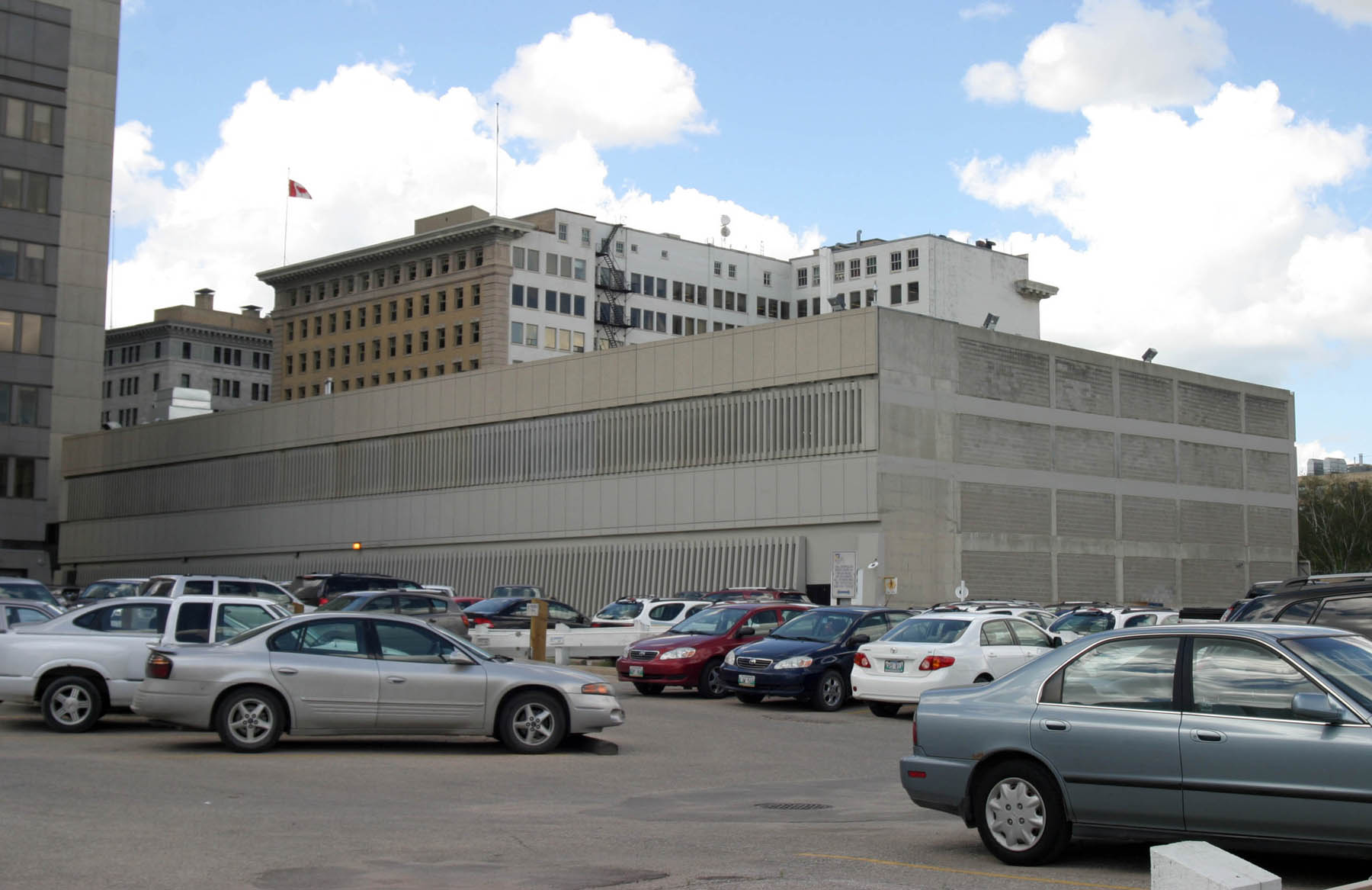 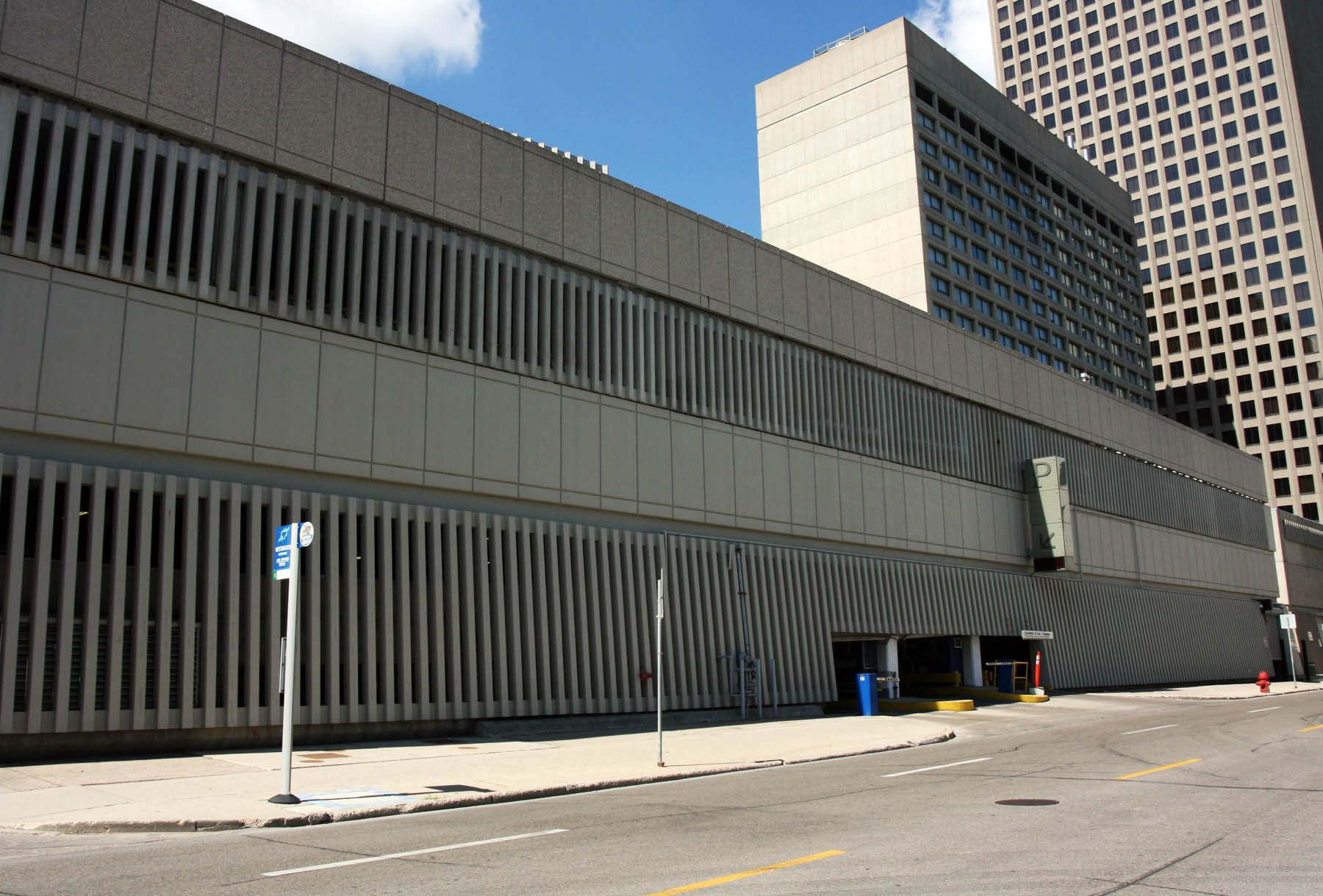 Designed by architectural firm Smith Carter Parkin, the Lombard Garage at 136 Lombard Avenue was constructed between 1969 and 1970. A major, two-storey addition was completed soon after in 1976. Built as part of a high-rise development boom in the area in the late 1960s and early 1970s, the parkade was designed to meet the growing needs of the surrounding office towers and hotels. Featuring exposed concrete vertical fins and facade, the structure prominently displays an allegiance to the popular Brutalist aesthetic of the period. Little consideration was given to the design’s effect on the streetscape, as it presents a large, blank, unwelcoming expanse for pedestrians on Lombard Street.