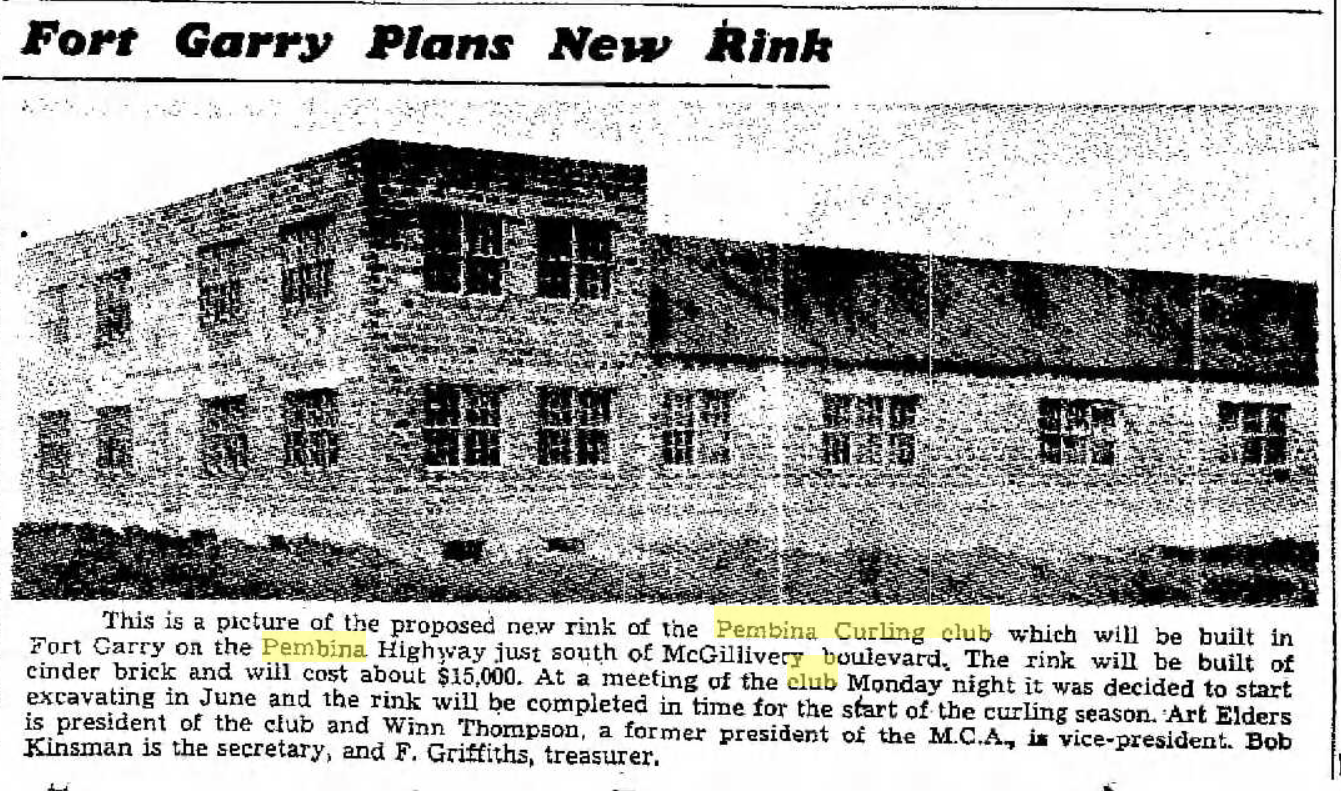 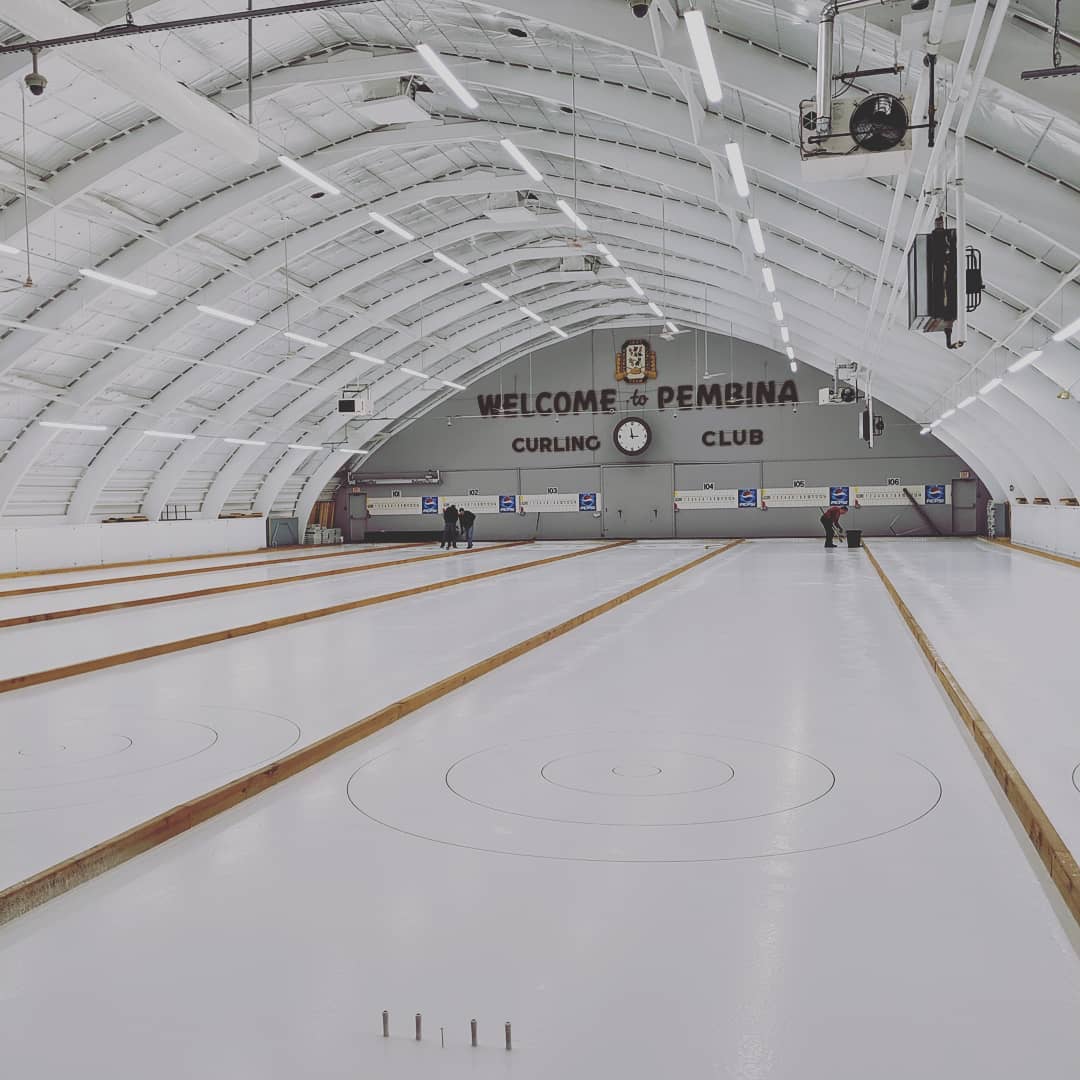 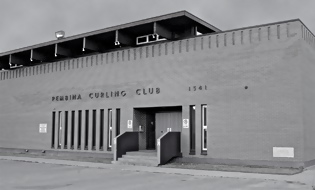 On May 22, 1947, a group of Ft Garry citizens met in a church hall to discuss the building of the first curling club in Fort Garry. It was decided to build a four sheet curling rink on the presently occupied lot close to Pembina Highway. The cost of the cinder block building with a natural ice playing surface was $16,000, which was raised by selling $50 shares and carrying a mortgage for $6000.

It began with Pembina’s first president, Art Elders. The cornerstone was laid on October 13, 1947, and the ice was ready on December 13, 1947, when a junior bonspiel was held. There were 36 original members and ice rentals were set at $35 per sheet for men and $30 for the ladies.

The present official PCC crest was designed by the late Charlie Hunt. “Pembina” translates to “cranberry bush” on the river banks. In 1948, the club colours Maroon and Gold were adopted. In asking the old-timers why “maroon”, the response was, “That was the only colour available from a certain railway worker, namely Jim Wills, that was cheap.”

In the early years, prior to artificial ice, the season only started when it was cold enough to make ice, usually in December. Many a draw was re-scheduled to late nights due to bonspiel thaws. The rink was built by mostly volunteer labour, resulting in inexpertly placed cinder blocks. The wind whistled through the cracks and there was tremendous frost build-up throughout the winter, which eventually dropped to the ice surface in large quantities, and every time a train went by on the tracks, the ice changed levels.

On December 17th, 1958, Alex Mitchell cut the ribbon, officially opening the new 6 sheet rink, at a total cost of approximately $75,000. Additions and changes have been made since that day, but the location of the barn remains as it was then.