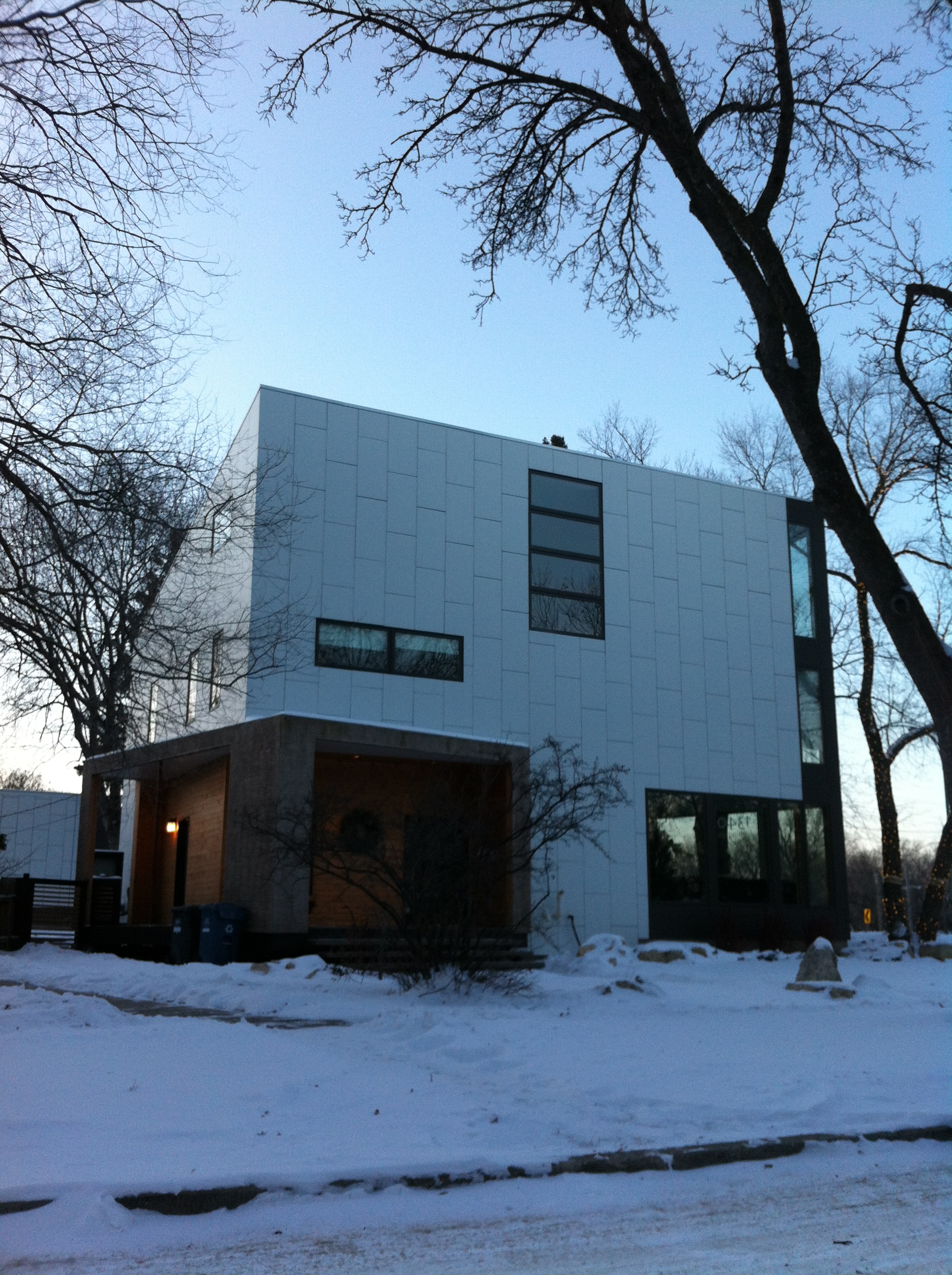 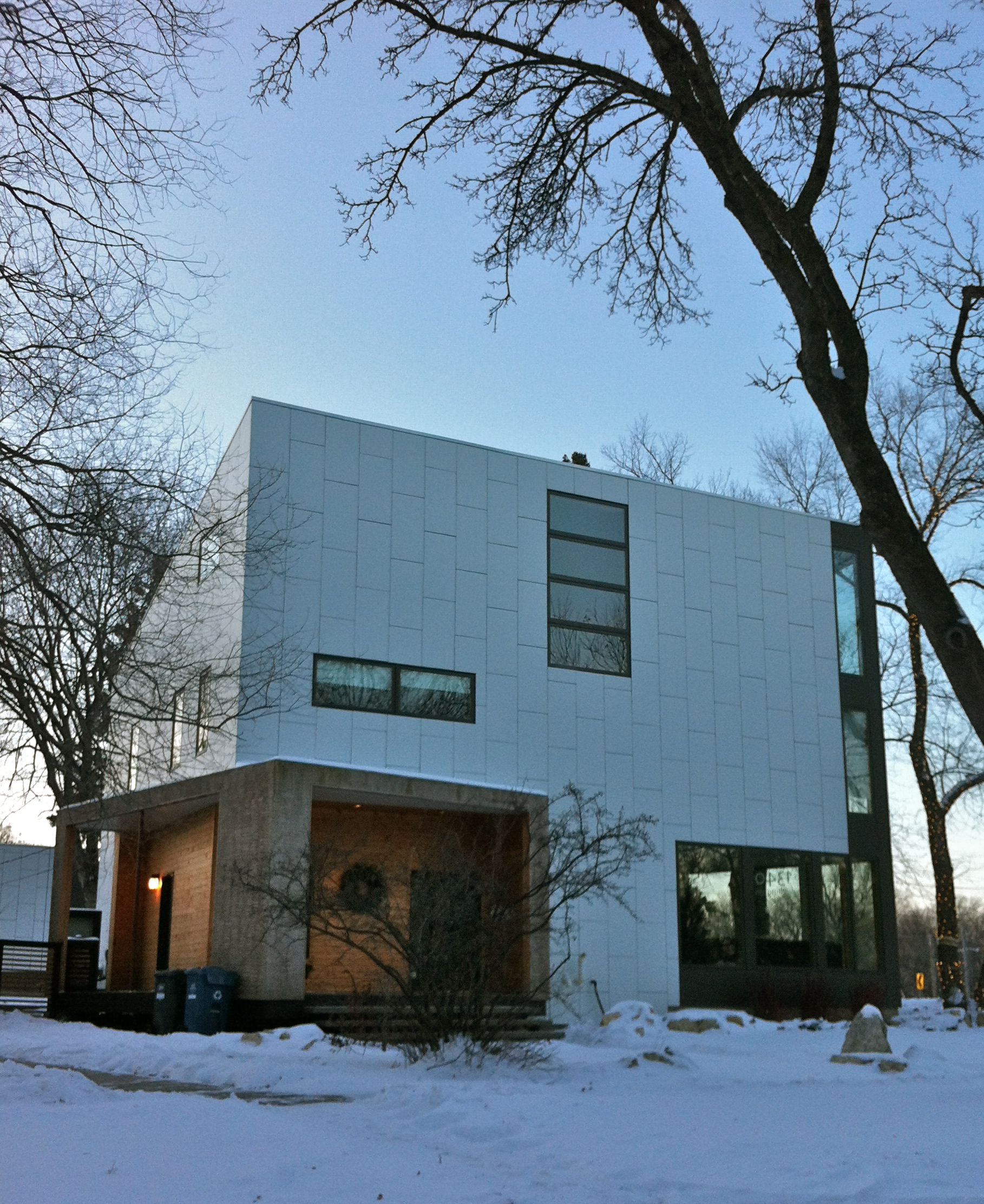 The original 1340 Wellington Crescent was built in 1953. In 2009 this building was remade and cloaked by a new addition by Syverson Monteyne Architects. This renovation and expansion was intended to bring the home as near to Wellington Crescent as as possible while preserving a row of impressive extant trees. The new structure, clad in white cement board, is an animated presence on a subdued residential corner. This sense of liveliness is generated through the use of angled rooflines, dynamically jutting porch, and the imaginative use and placement of windows both small and large – all gestures which energize a scheme based on a classic residential nine-square grid.