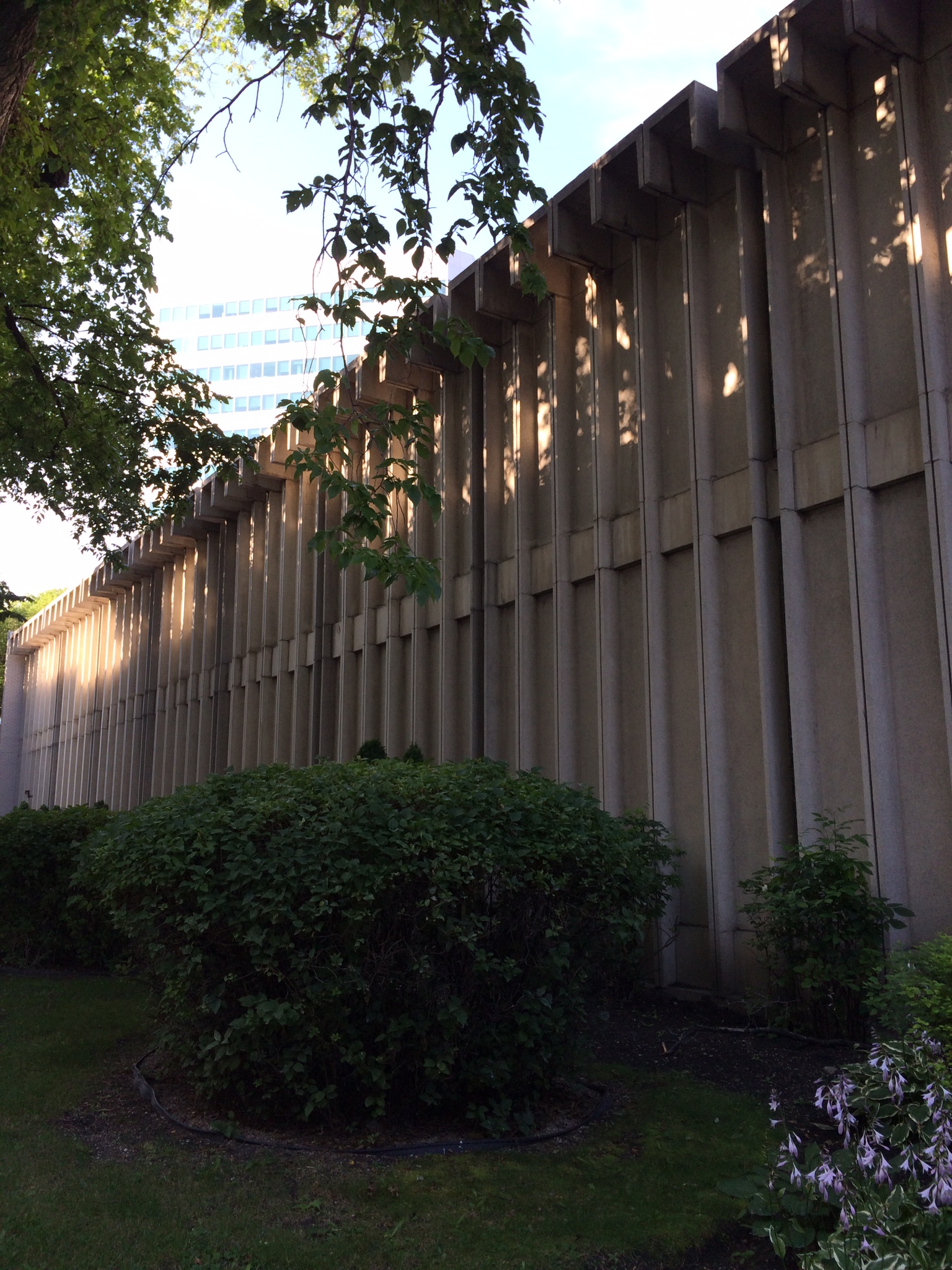 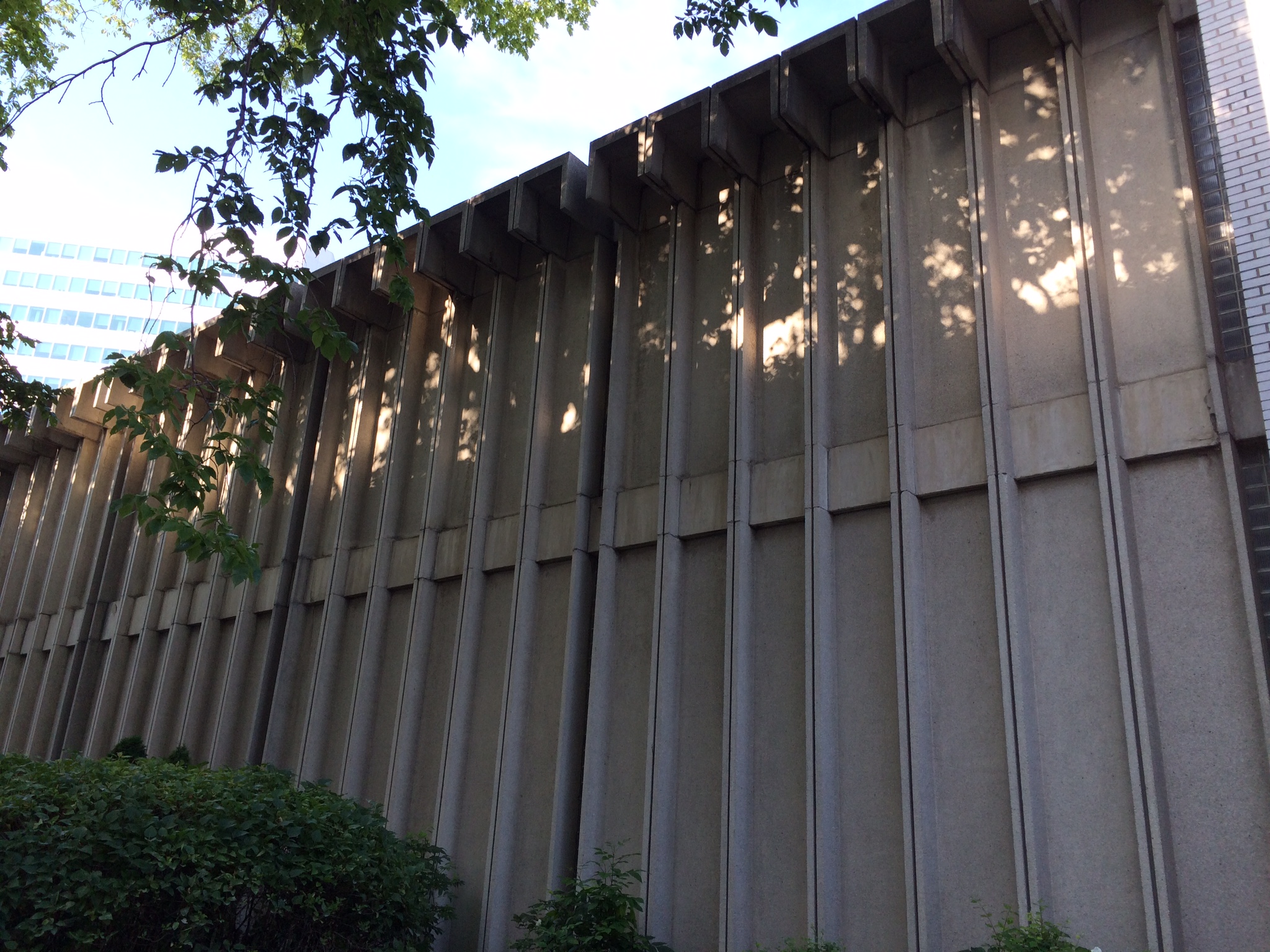 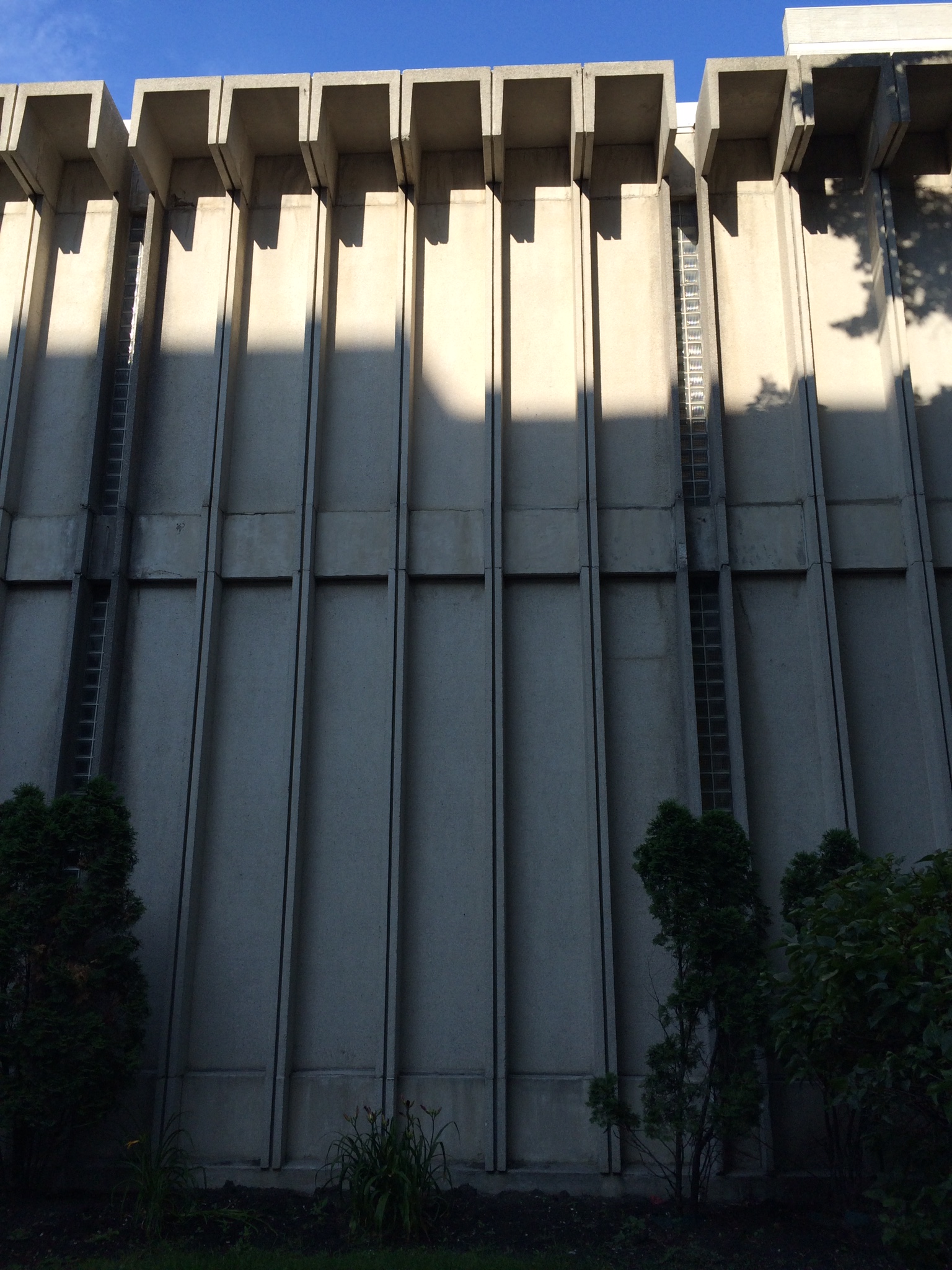 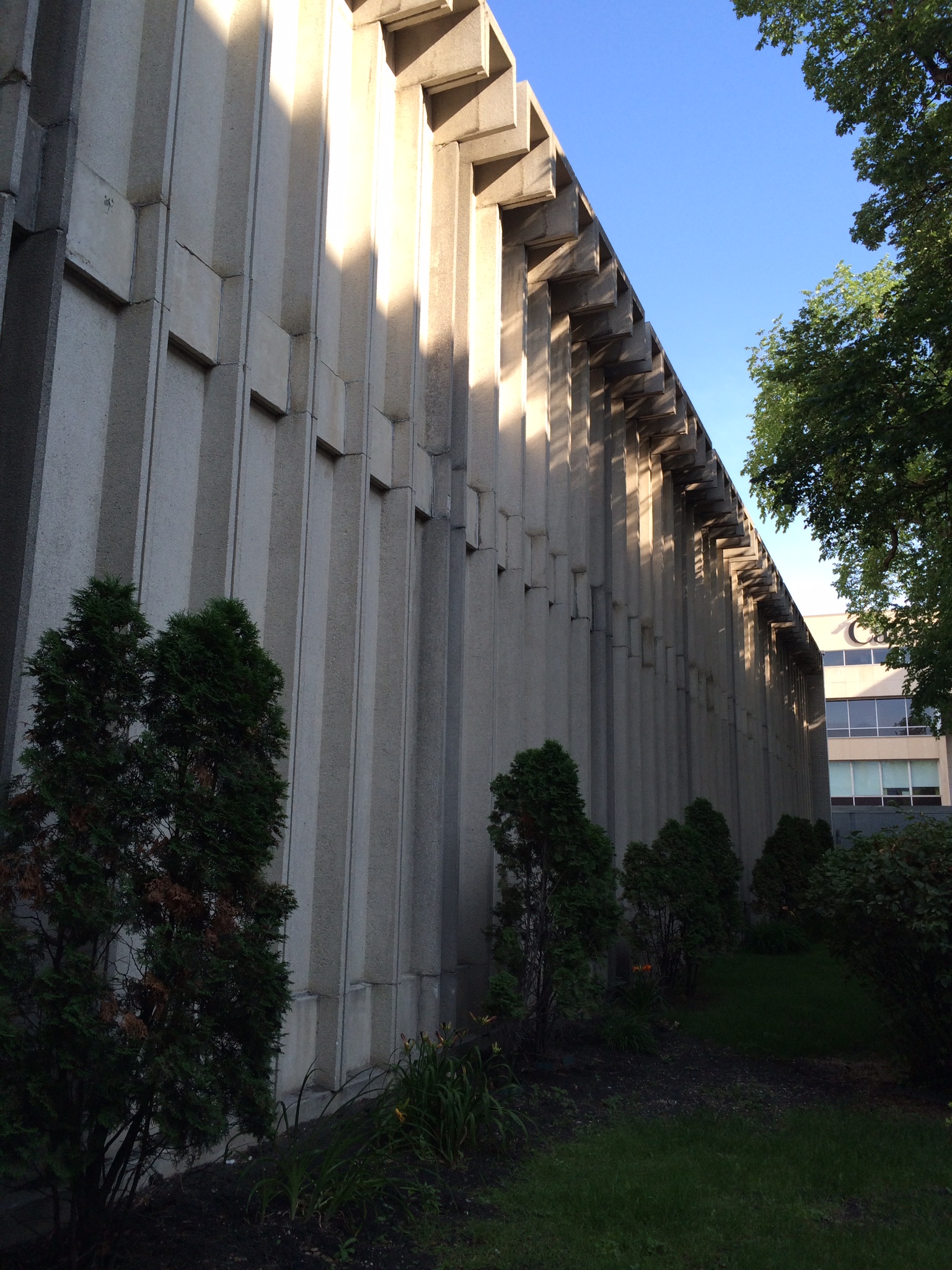 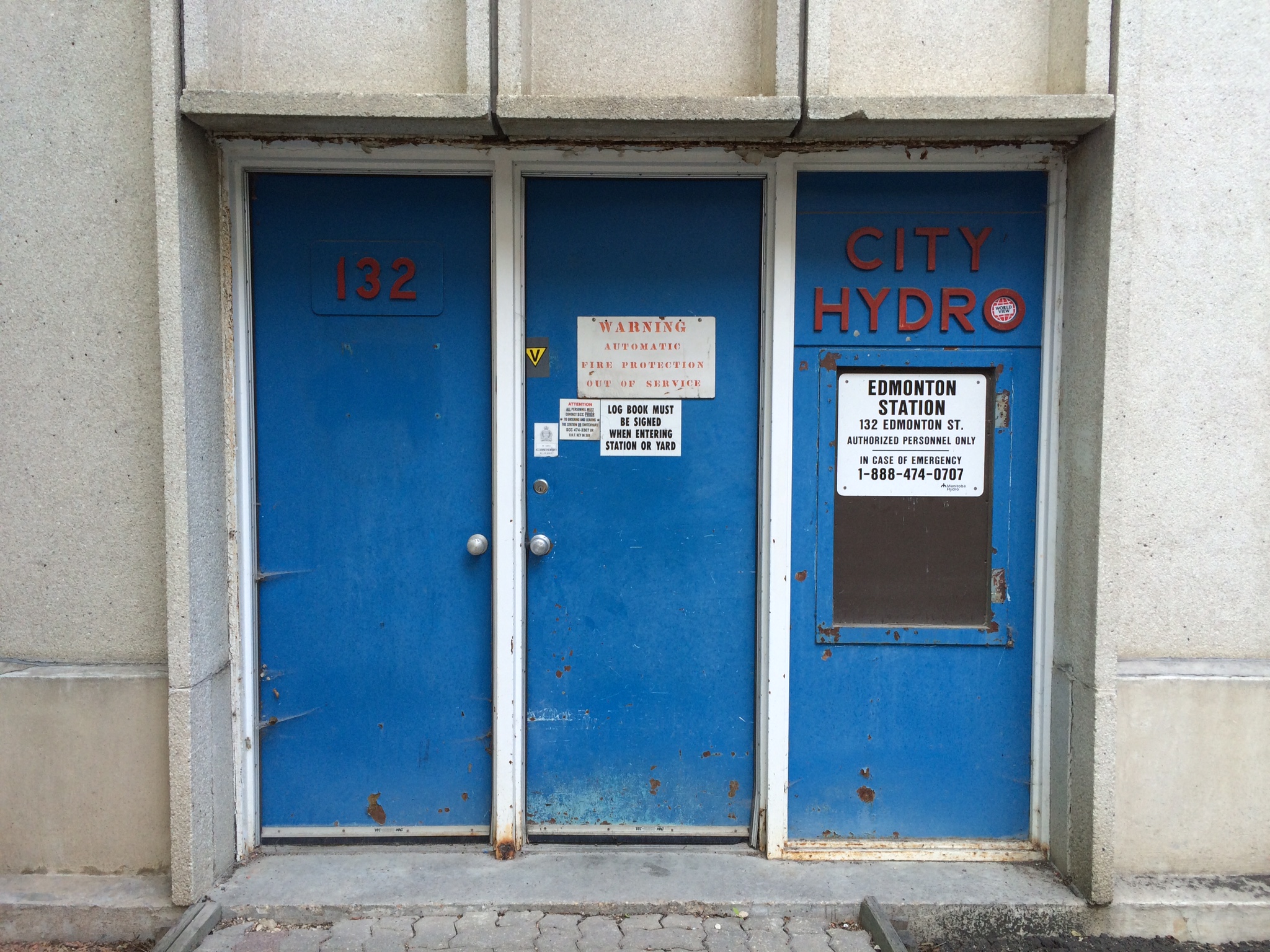 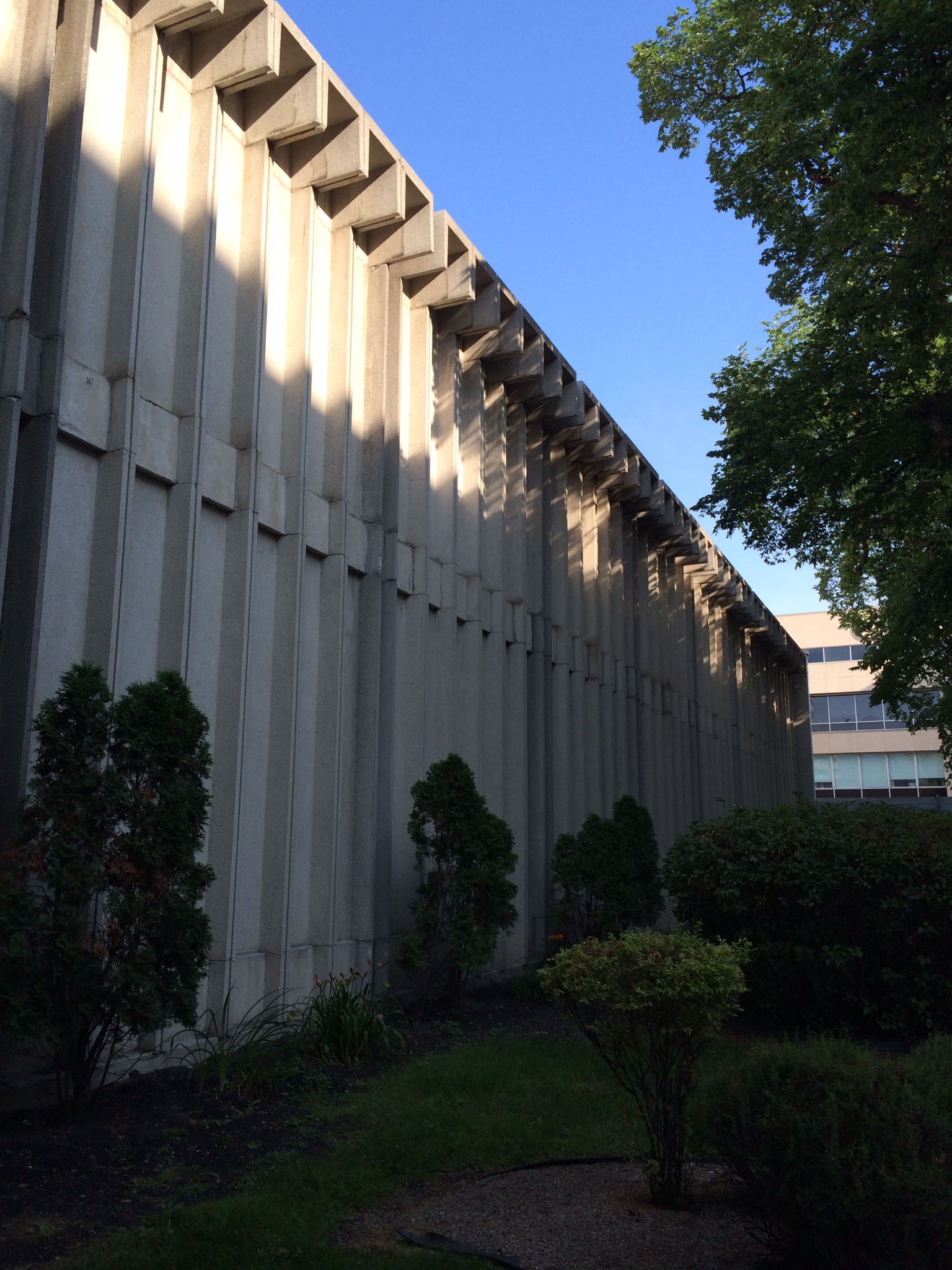 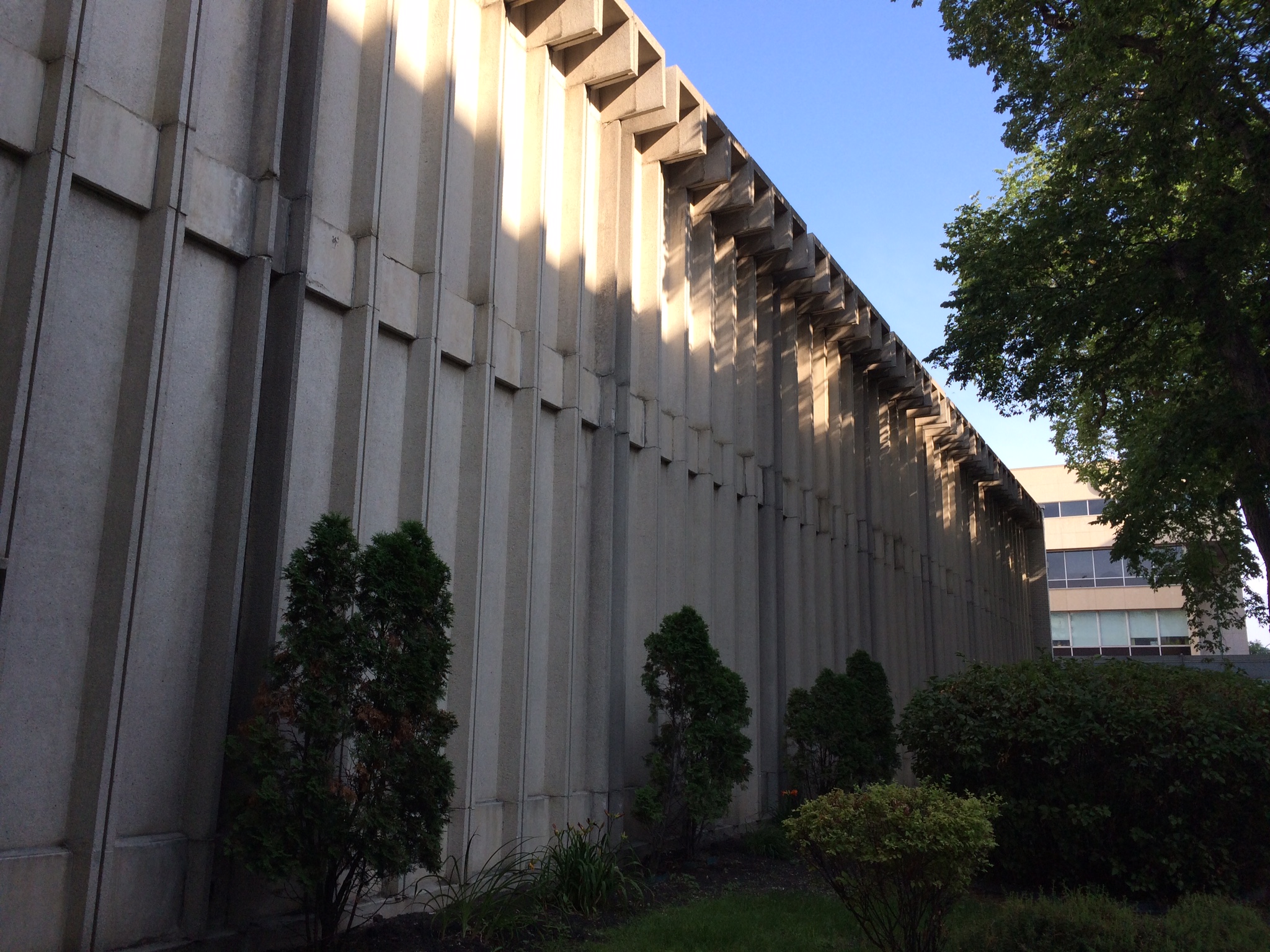 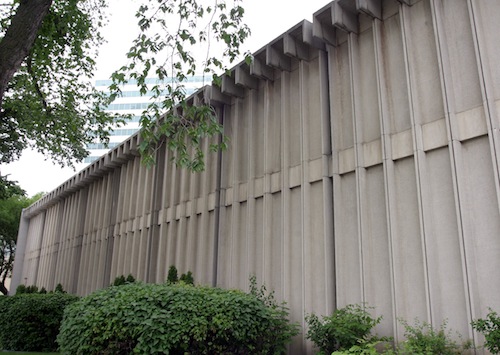 Architects Libling Michener won a silver medal in the 1961 Massey Medals for Architecture for the 1959 design of this modern rectangular, two storey substation. Although the building is entirely utilitarian in function, its public face on Edmonton Street has an attractive facing of white quartz aggregate set in channelled precast concrete panels, over walls of concrete block, with the whole set back on a manicured lawn. Slit windows of glass block ﬁlter light while maintaining security for the transformers and switching equipment, some of which are visible in the yard at the rear (west side). The north and south walls maintain the guise of a commercial building with plain precast concrete facings. Canadian Architect (1961) described the project as a successful solution to the familiar problem of disguising a raw transformer substation, with the structure described as an “all-white, strongly-modeled façade, monumental and somewhat classical in feeling.”

Winnipeg Hydro, the electrical utility originally owning this substation, has been folded into Manitoba hydro and no longer exists as a separate entity.