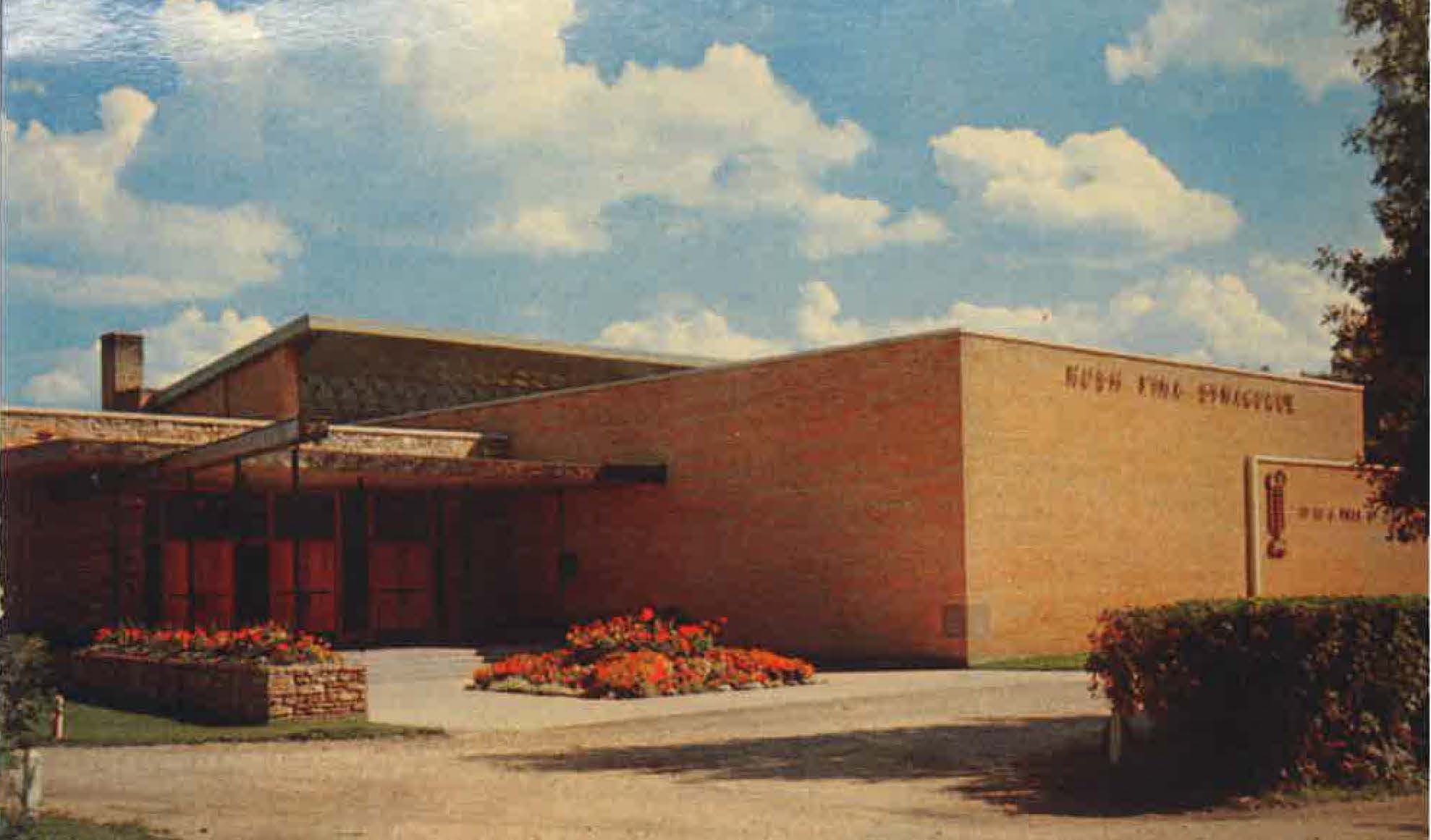 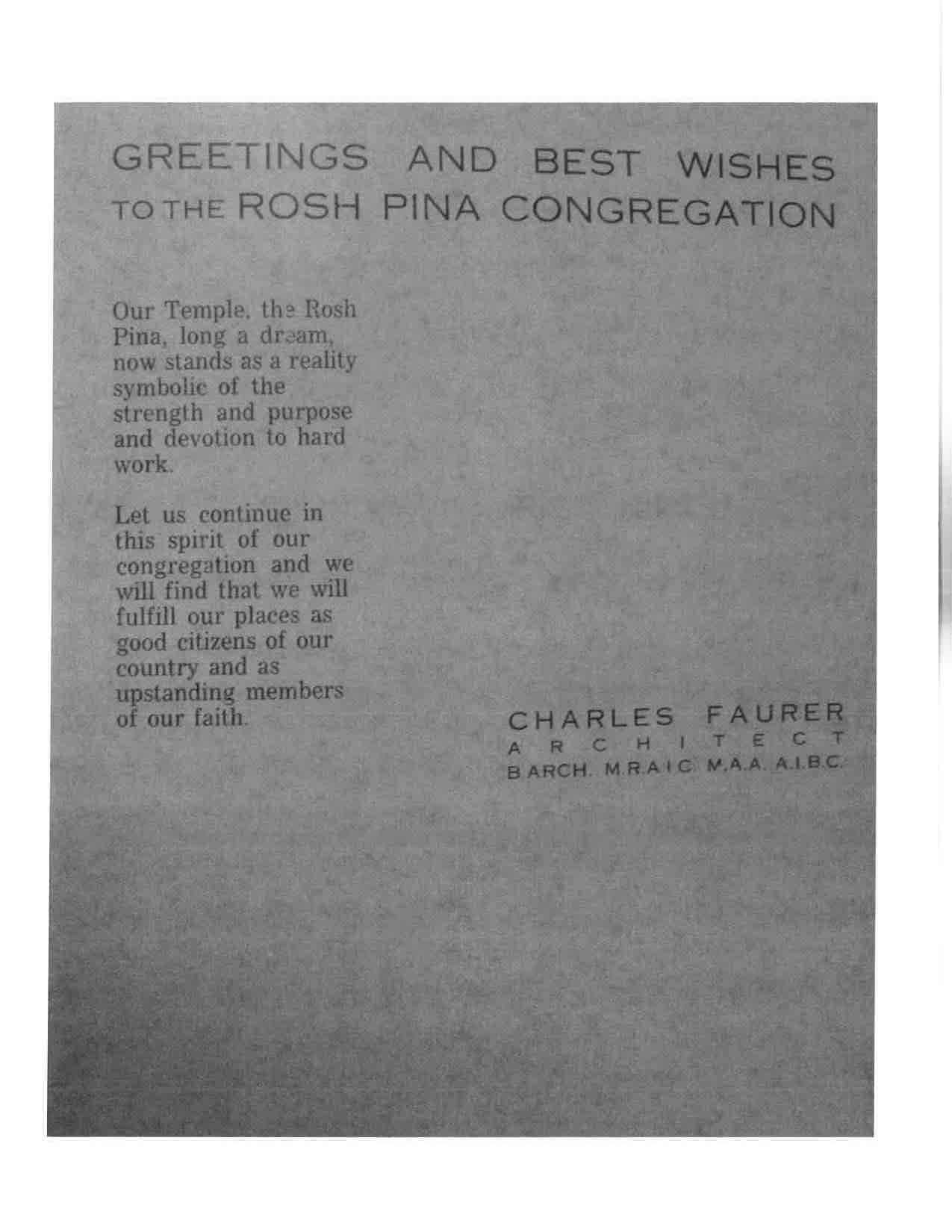 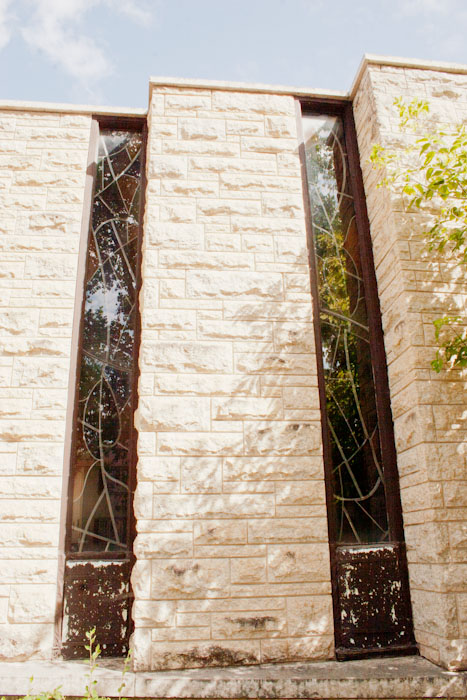 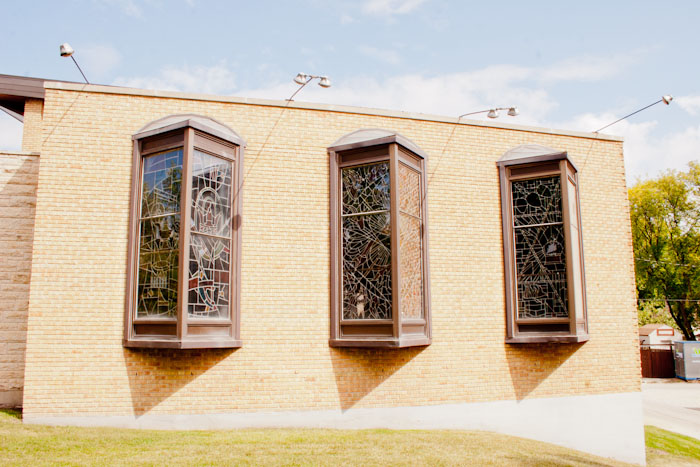 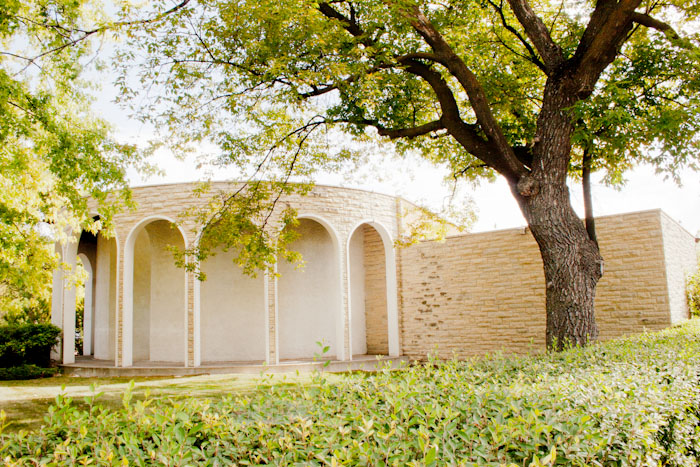 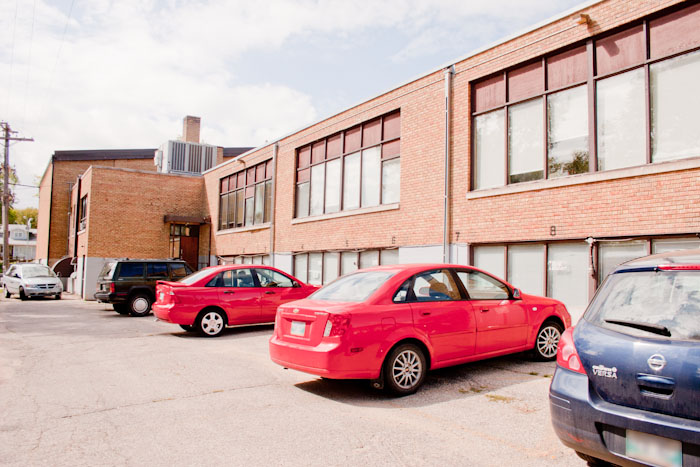 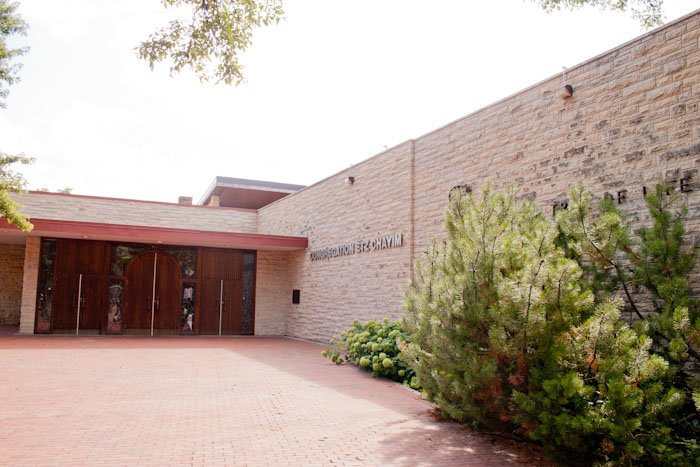 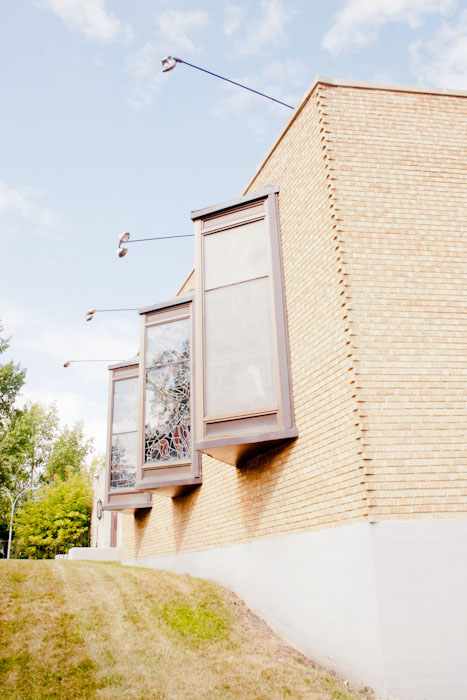 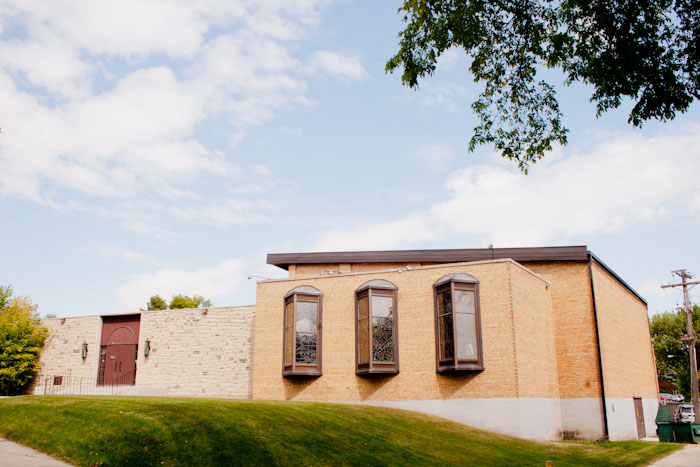 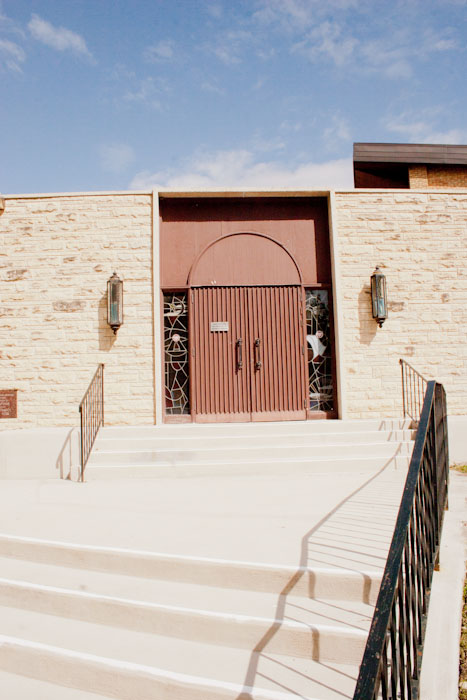 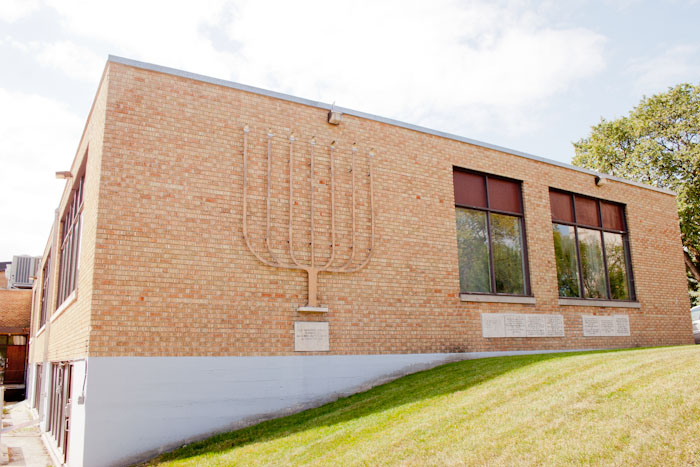 In early July of 1952, board chairman Louis O. Cohen announced that plans were ripe for building a $200,000 North Winnipeg synagogue on the Jewish Youth Centre grounds, at 123 Matheson Avenue. The synagogue auditorium was to seat 1,000, and there was to be a two-storey school wing housing 12 classrooms. The new synagogue was to take the name Rosh Pina, commemorating one of Winnipeg's earliest Jewish places of worship. Fruition came rapidly. The soil was turned in April, 1952, just 60 years after the original Rosh Pina congregation had begun worship in the old synagogue on Henry Avenue and Martha Street, in the spring of 1892. The new edifice was to be the home of the merged Rosh Pina and North End congregations. The old synagogue had closed its doors at the conclusion of the Simchas Torah holiday. The cornerstone was laid by Mr. and Mrs. Harry Silverberg after the completion of the building. Looking on were the lieutenant governor and premier of Manitoba, the mayor, President Gillson of the University of Manitoba, and some 1,200 others.

The Orphanage grounds were used for Rosh Pina Synagogue when the community decided that an orphanage was no longer needed. Rosh Pina was formed as a new congregation amalgamating several North End synagogues and bought the property from the community Orphanage. Services were held in the Orphanage for the children and staff.

In 2002-2004, Rosh Pina amalgamated with other synagogues to form Etz Chaim.