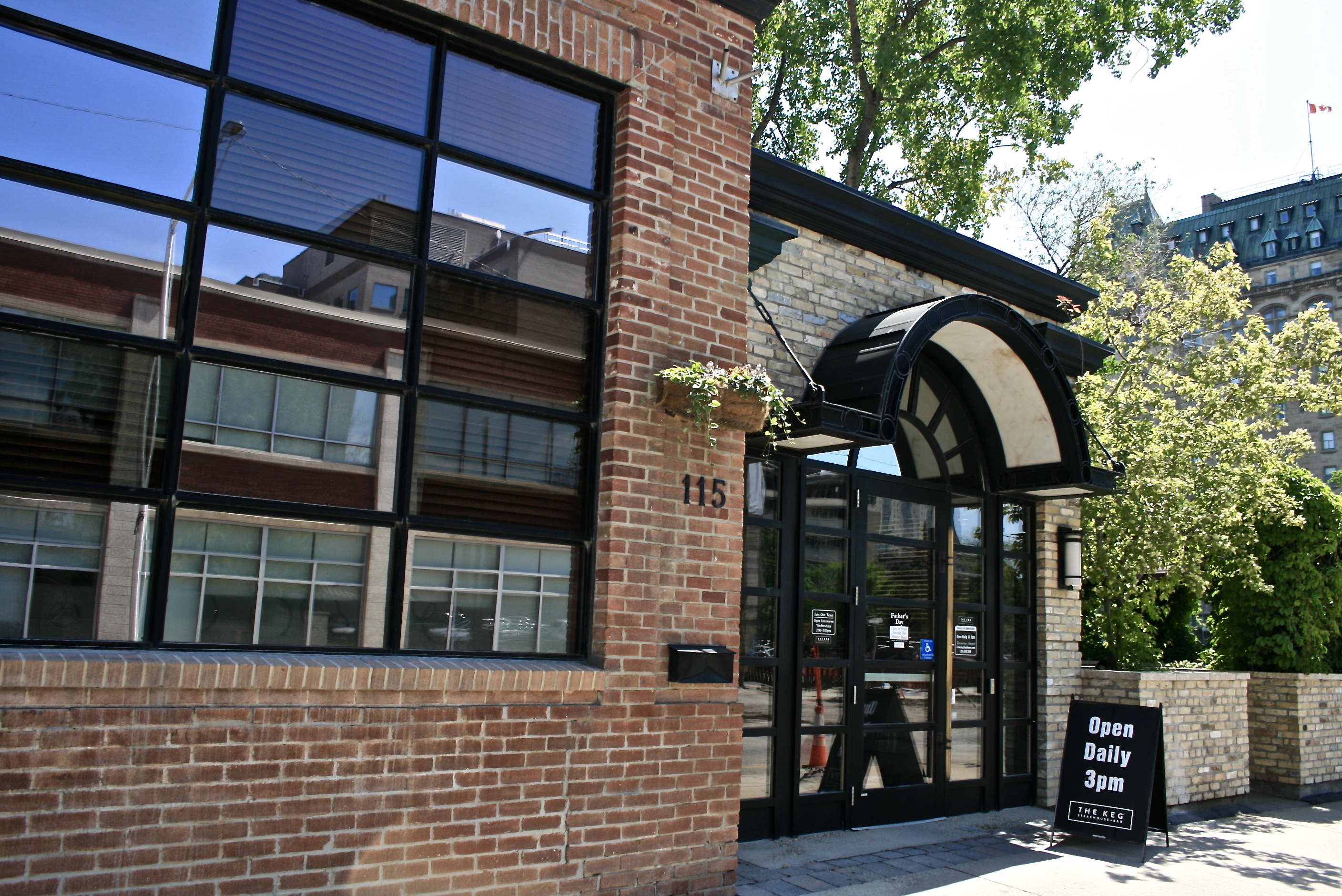 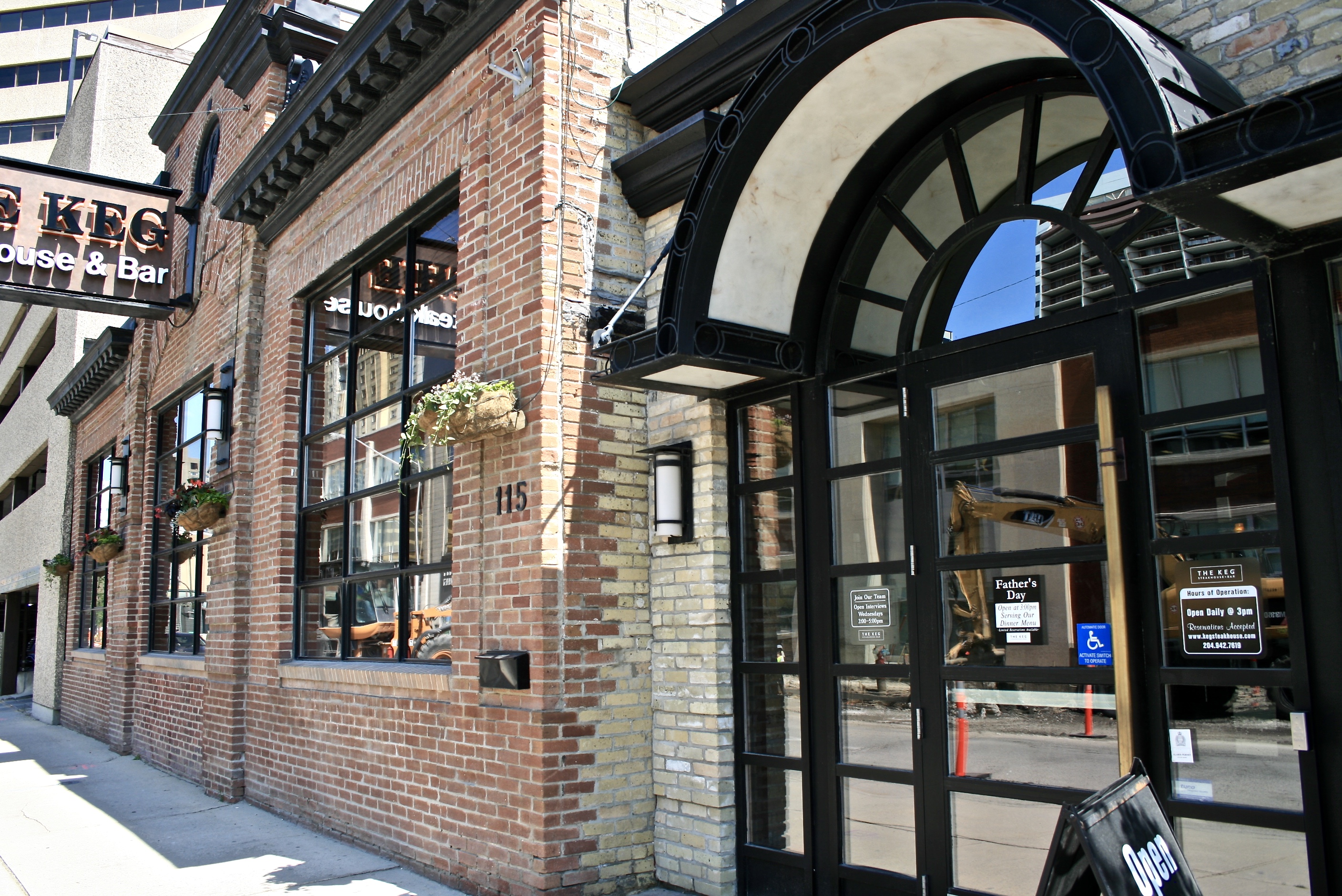 In 1911 the Hudson's Bay Company hired John Woodman and Raymond Carey to design a garage at 115 Garry Street. The contractor hired for this job was a local man named John McQuarrie. The one-storey building with a partial basement was made of red brick and re-enforced concrete.

Woodman and Carey designed the building with classical ornamentation, including arches, pilasters, and ornamental brick and metal work. The tar and gravel roof had two sky lights with metal frames. The facade is clad in a dark brown brick with a metal cornice. The entrance is flanked by two grooved pillars with ornamental metal heads, and the Hudson's Bay Company's initials are above. To the rear of the building are two large arched loading docks. The total cost to build the structure was $17,800.

In 1974 the garage was converted into a restaurant. This prompted a redesign of the interior. Since its conversion there have been many additions to the building. To the south, a new vestibule entrance was added in 1979, designed by architectural firm Chandler-Kennedy with the help of consulting engineers Benjamin Smolensk and Associates. The change eliminated the need for the large garage doors to the front of the building and provided space for more seating. In 1989 there was another addition to the south of the building, just behind the new vestibule. A final addition in 2007 brought the restaurant to its current size. The 2007 construction was done as two different additions, one as the new cold storage and the other as an outdoor patio with new concrete flooring.