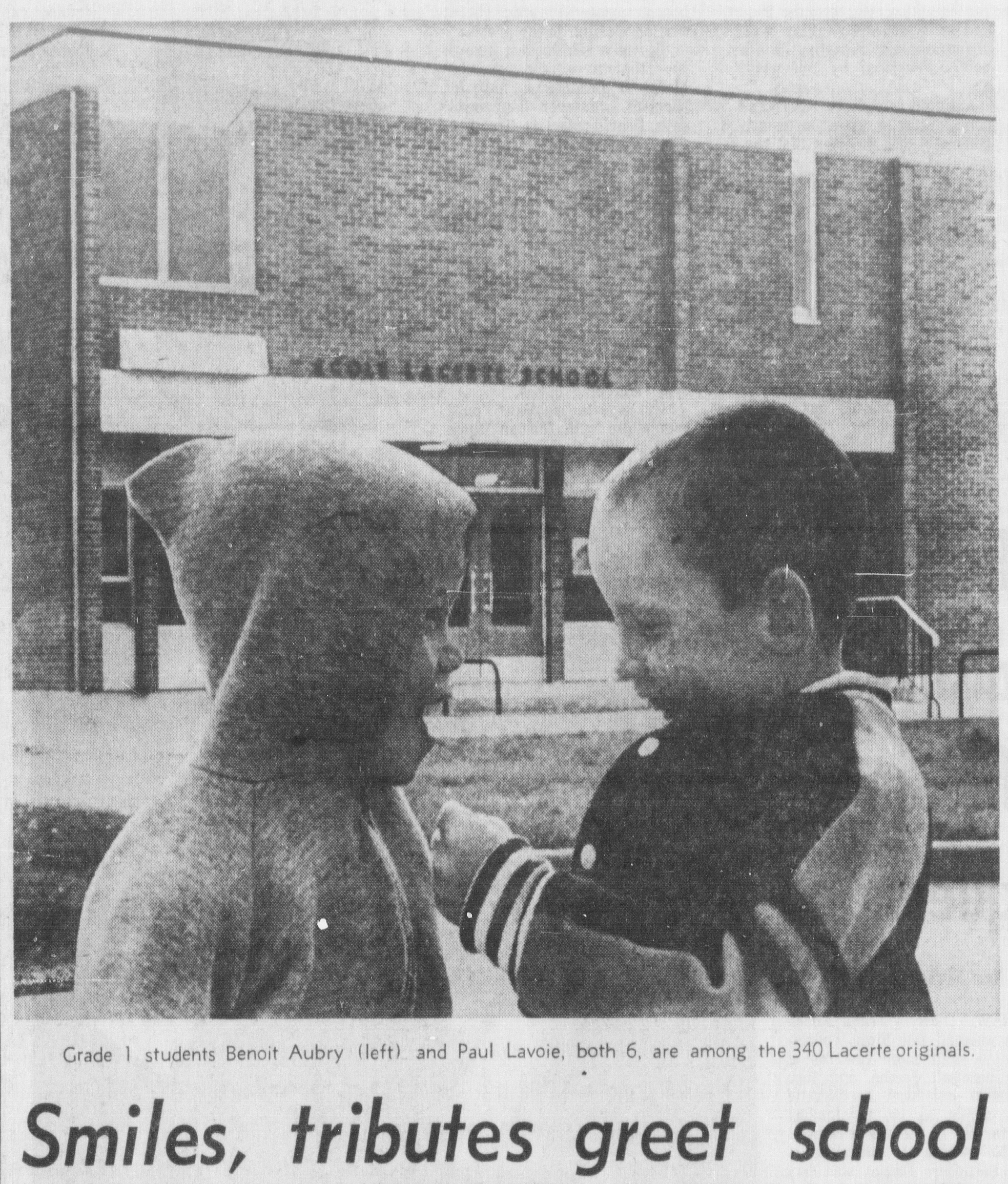 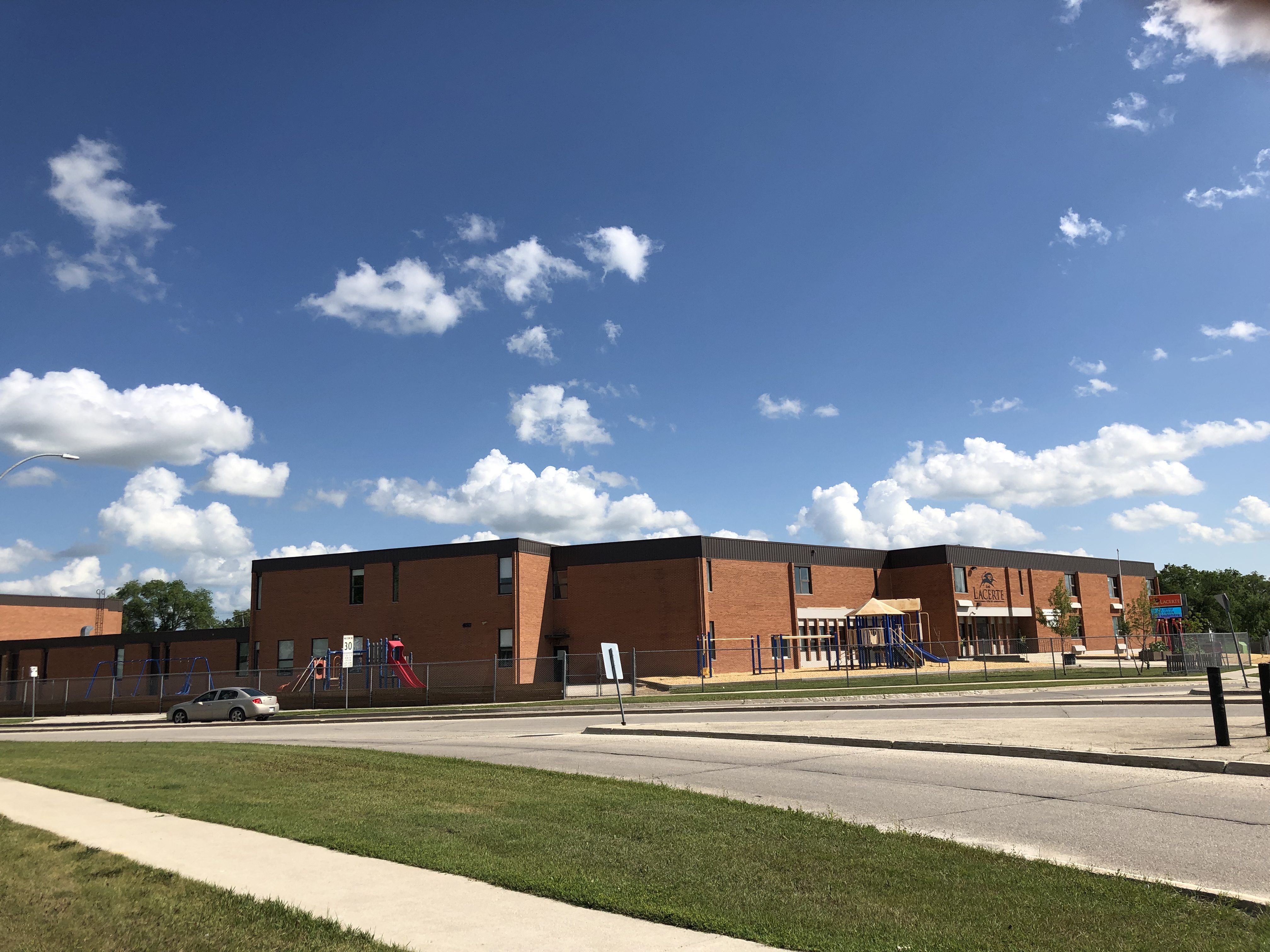 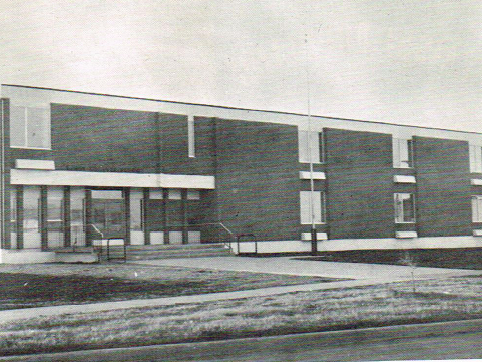 Home to Lacerte School (École Lacerte), the building was erected in two stages (1966 and 1968) and conjoined, with substantial alterations made to the original design later on. The buildings were designed by Duncan Rattray Peters Searle Architects, with mechanical designs by J. O. Klein of Klein and Dashevsky, and electrical by K.A. Hand and Associates. The school was originally built as part of St. Boniface School Division No. 4 before the amalgamation of francophone schools under the Division Scolaire Franco-Manitobaine (Franco-Manitoban School Division). Despite the approval of $186,000 for the construction of the school by St. Boniface ratepayers in the prior civic election, the school was a source of contention for Windsor Park and St. Boniface residents. Concerns were raised that the French-option school would exacerbate the classroom shortage that already existed in Windsor Park’s English-speaking schools. A citizens’ committee representing residents of Windsor Park and Niakwa Park was formed to bring the issue before the St. Boniface school board, as well as the Metropolitan Planning Commission. Francophone residents were also represented at these meetings, and contested that the citizens committee did not represent the majority of Windsor Park residents. For more information on French-option schools in Windsor Park, please see the listings for 296 Speers Road and 18 Lombard Boulevard.

This two-storey building, situated at the corner of Autumnwood Drive and Cottonwood Road, stands out against the largely single-storey bungalow construction of the neighbourhood. The school is constructed from six-inch concrete blocks with a red-toned brick face and flat roof. Because of its location on the corner of Cottonwood and Autumnwood, the building has two facades facing the two streets, while entrances are accented in white. The windows are in pairs stacked vertically, with white concrete ‘sills’ protruding beneath them. The windows are set in dark metal frames to match the metal roof bands. The school makes use of limited space, fencing in a playground on a small patch of lawn at the front for younger students, while a larger grass and paved area at the rear is reserved for older students.