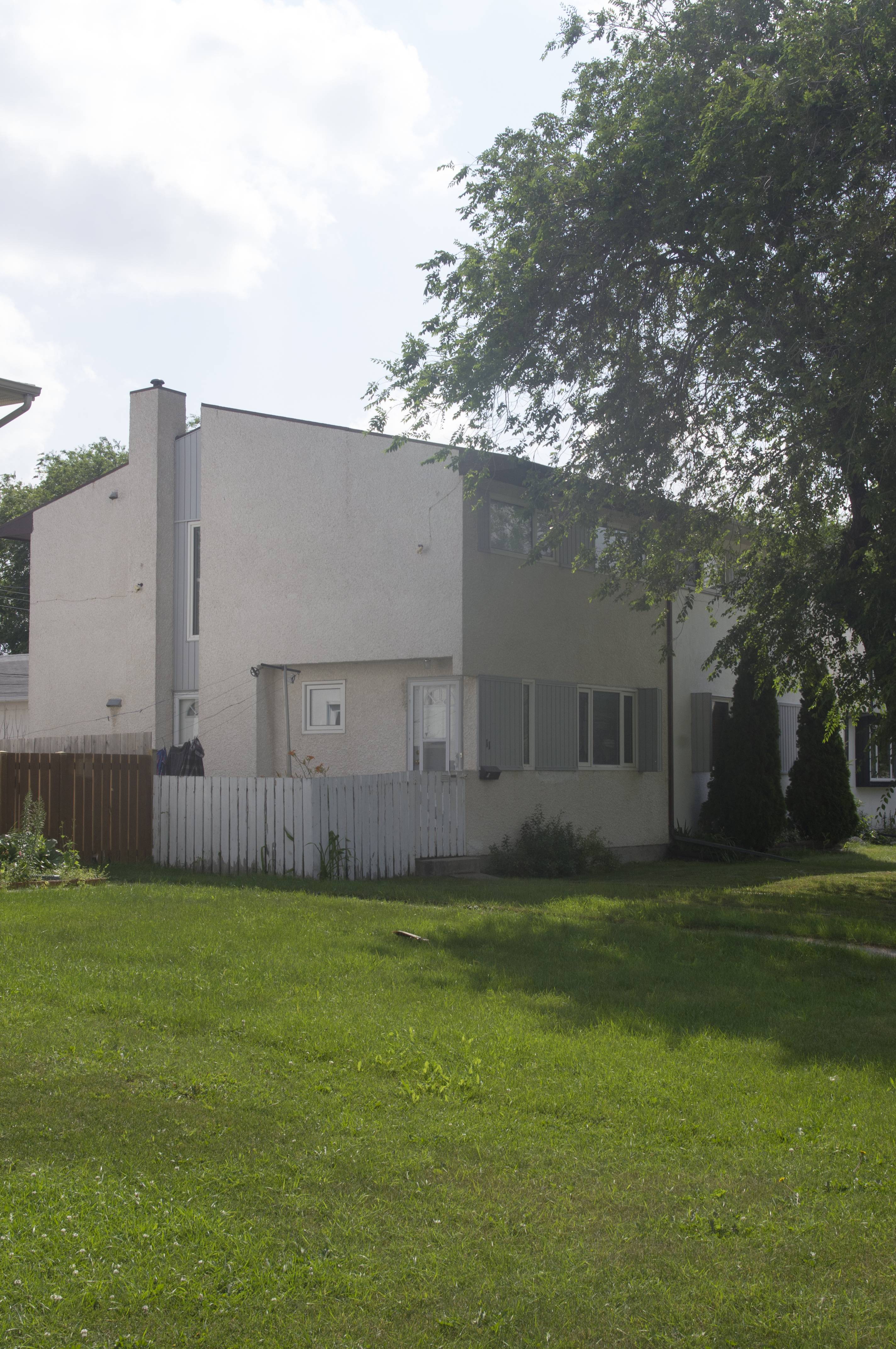 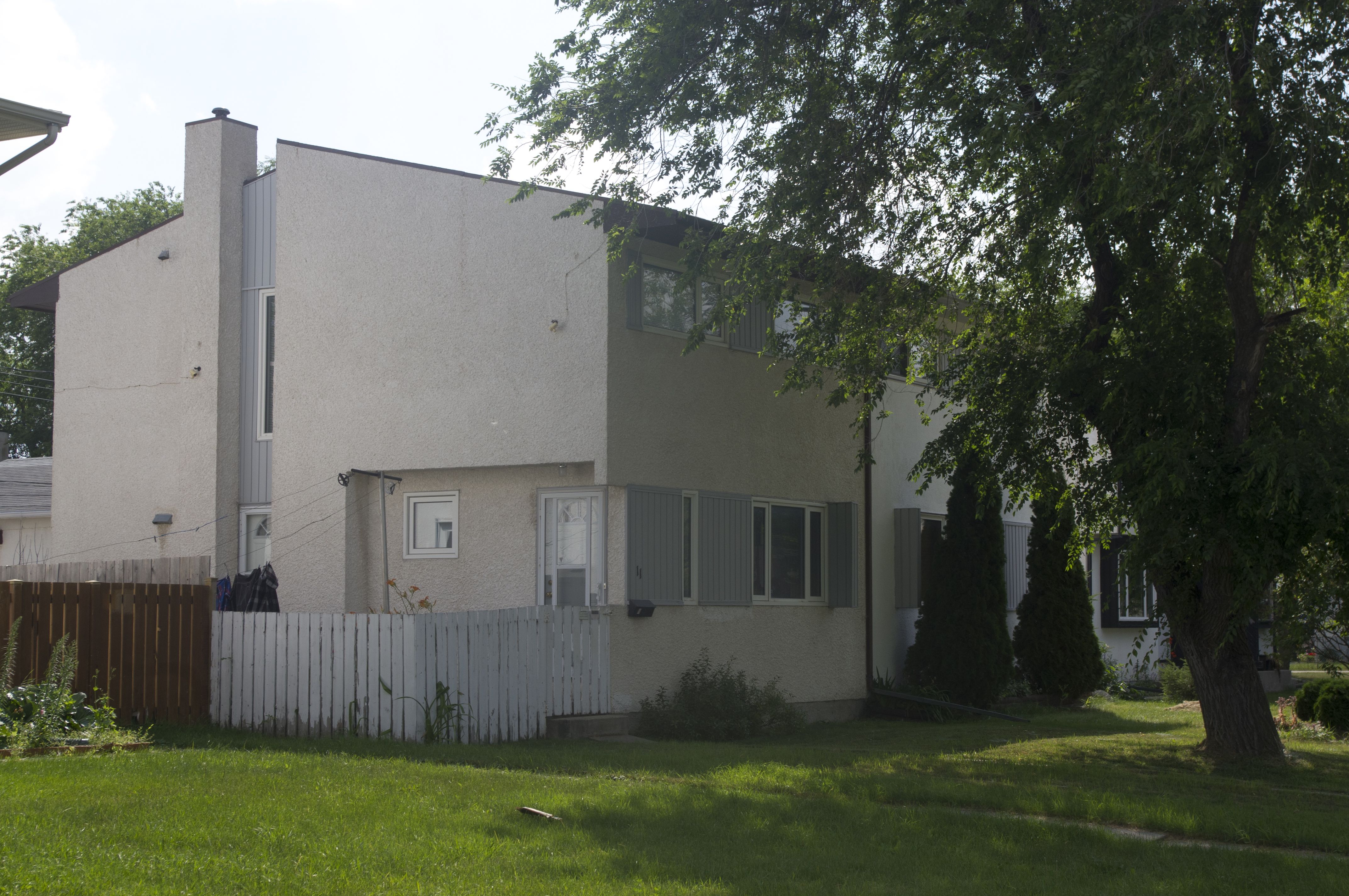 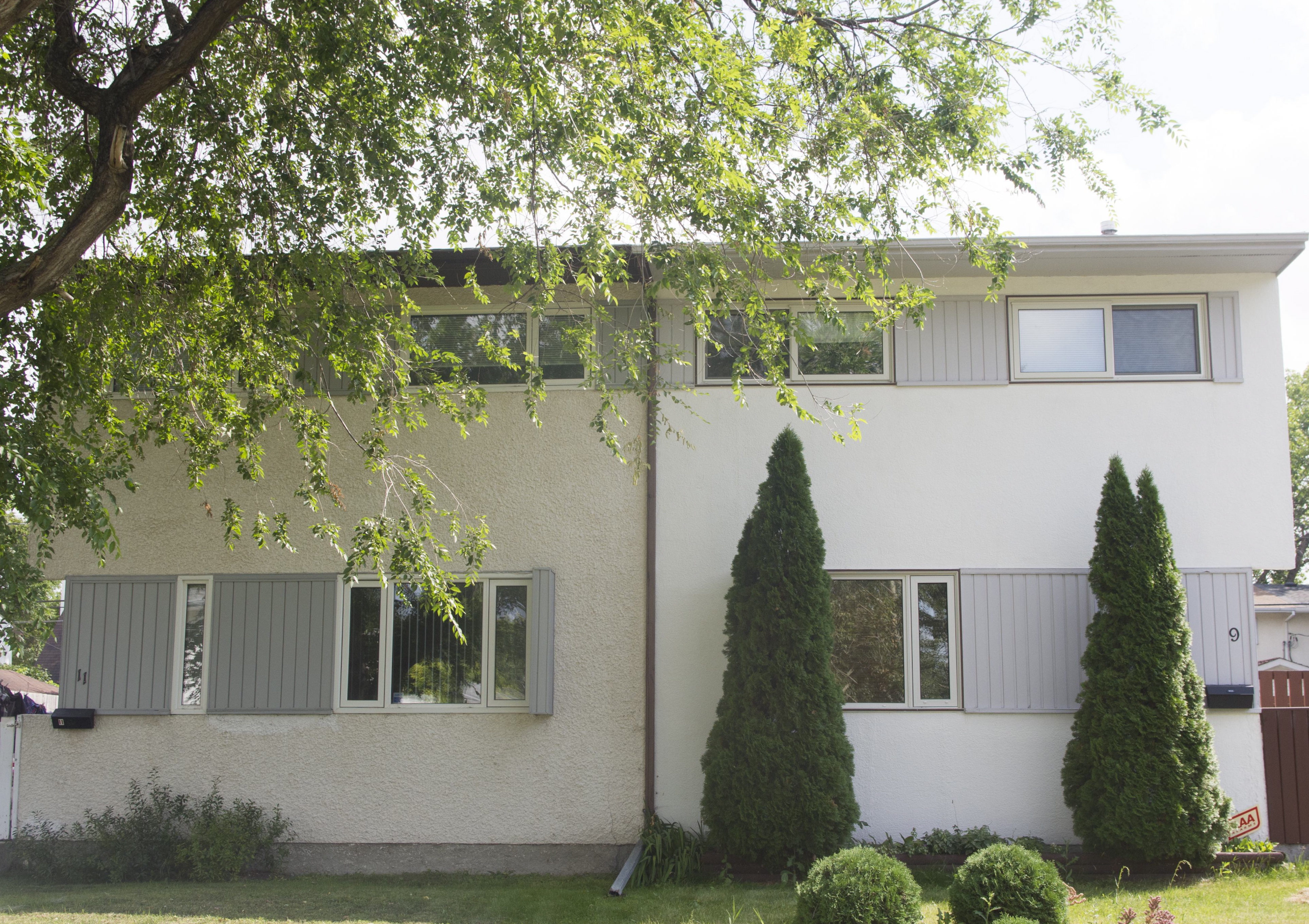 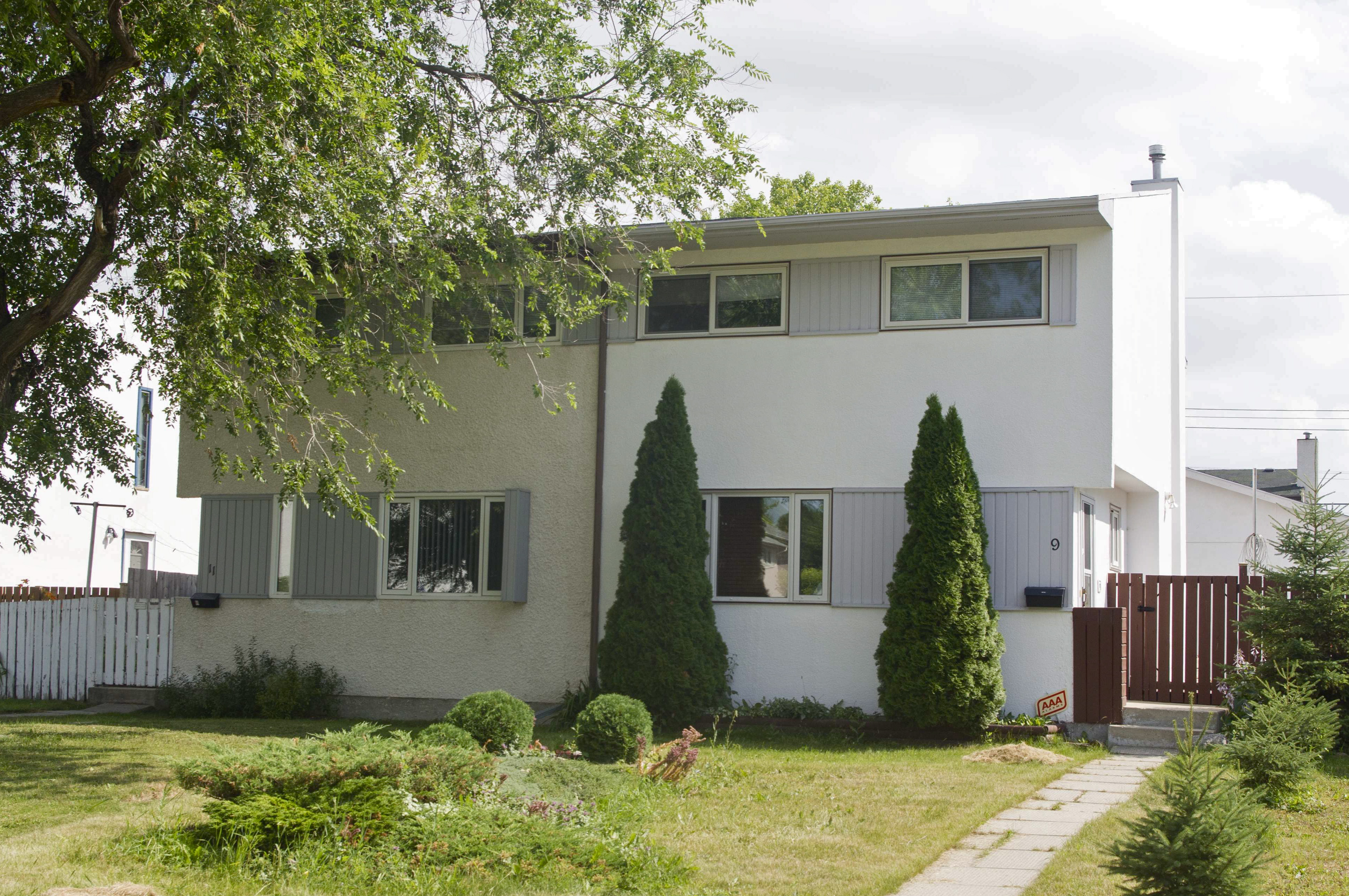 This home follows the most common scheme used in the Berkshire Park area by the architect Étienne Gaboury: a duplex form topped by a gable roof, with a second storey bearing slender horizontal windows and overhanging deep eaves. Large areas of sparsely embellished stucco are left bare, a simplicity that also speaks to the architect’s modernist inclinations. As throughout the neighbourhood, here the duplex utilizes one of a limited number of designs, alternated to provide aesthetic variety. In this case the the second storey projects over the exterior walls rather than the façade (as is generally found in the neighbourhood). The entryway is also located on the side. Architectural interest is generated through the use of wood siding in-line with the windows, recalling the ribbon windows found in earlier notable modernist homes and generating a graphic quality. Similar homes in the area can be found at the adjacent 9 Wickham Road, 33 & 35 and 57 & 59 Wickham Road.