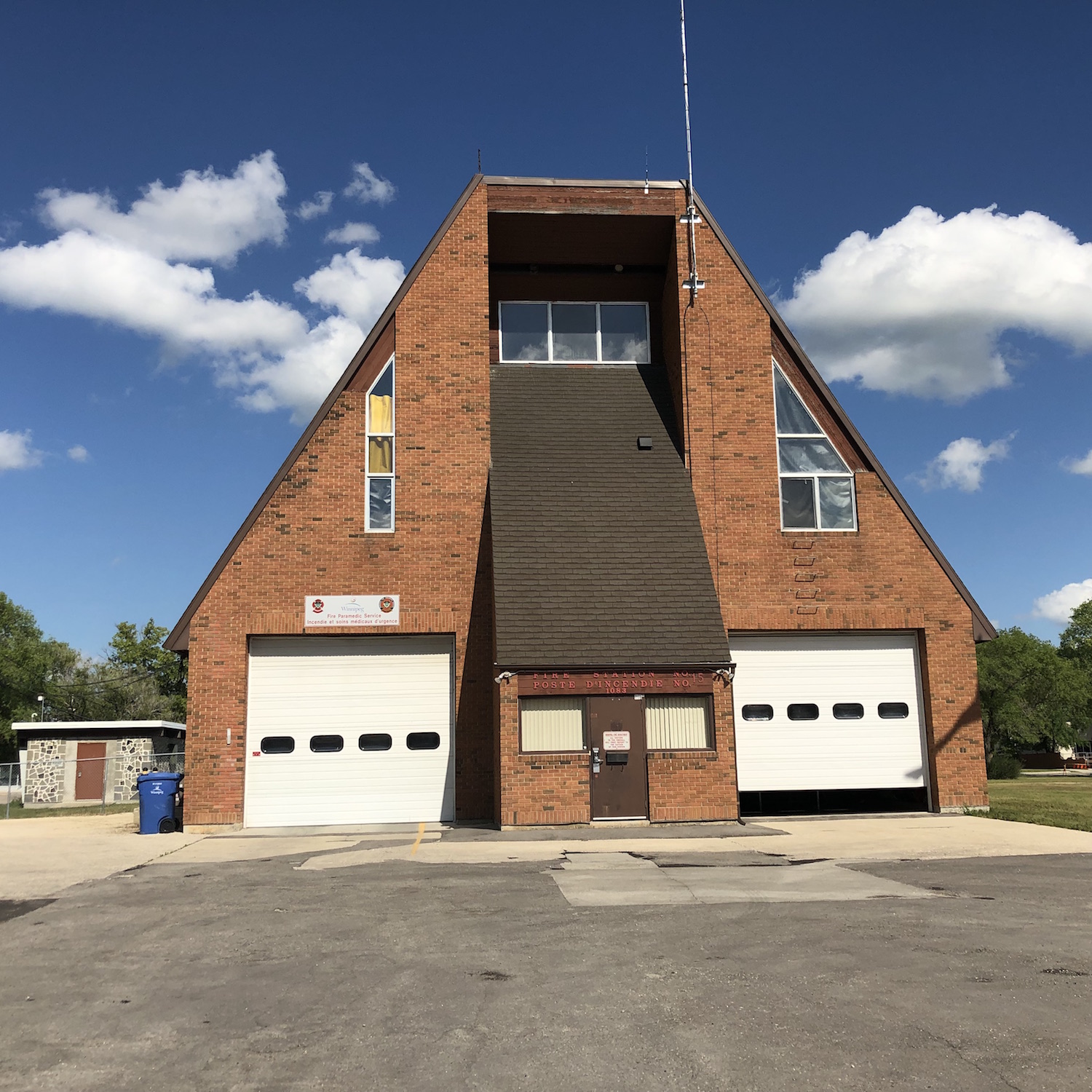 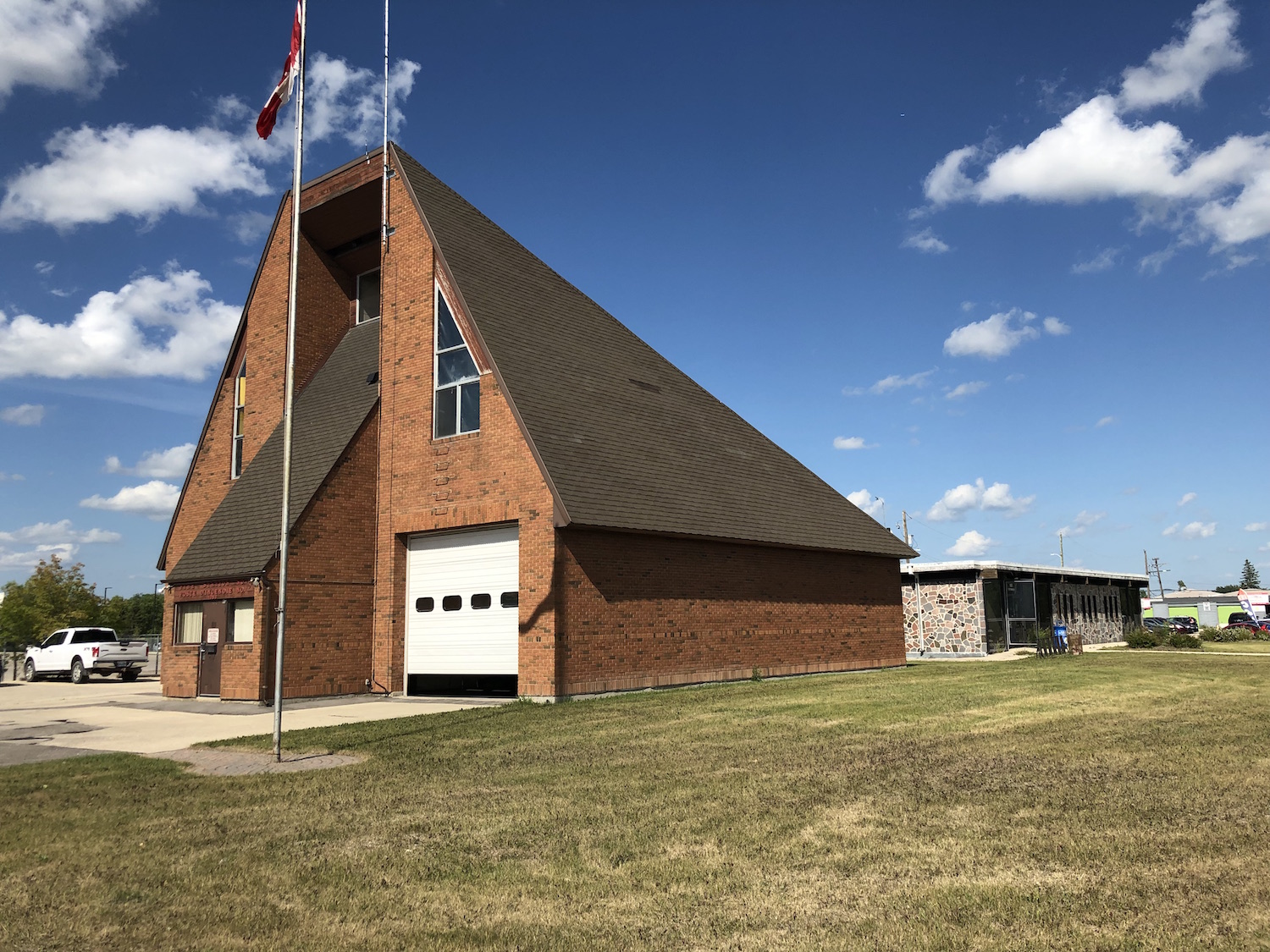 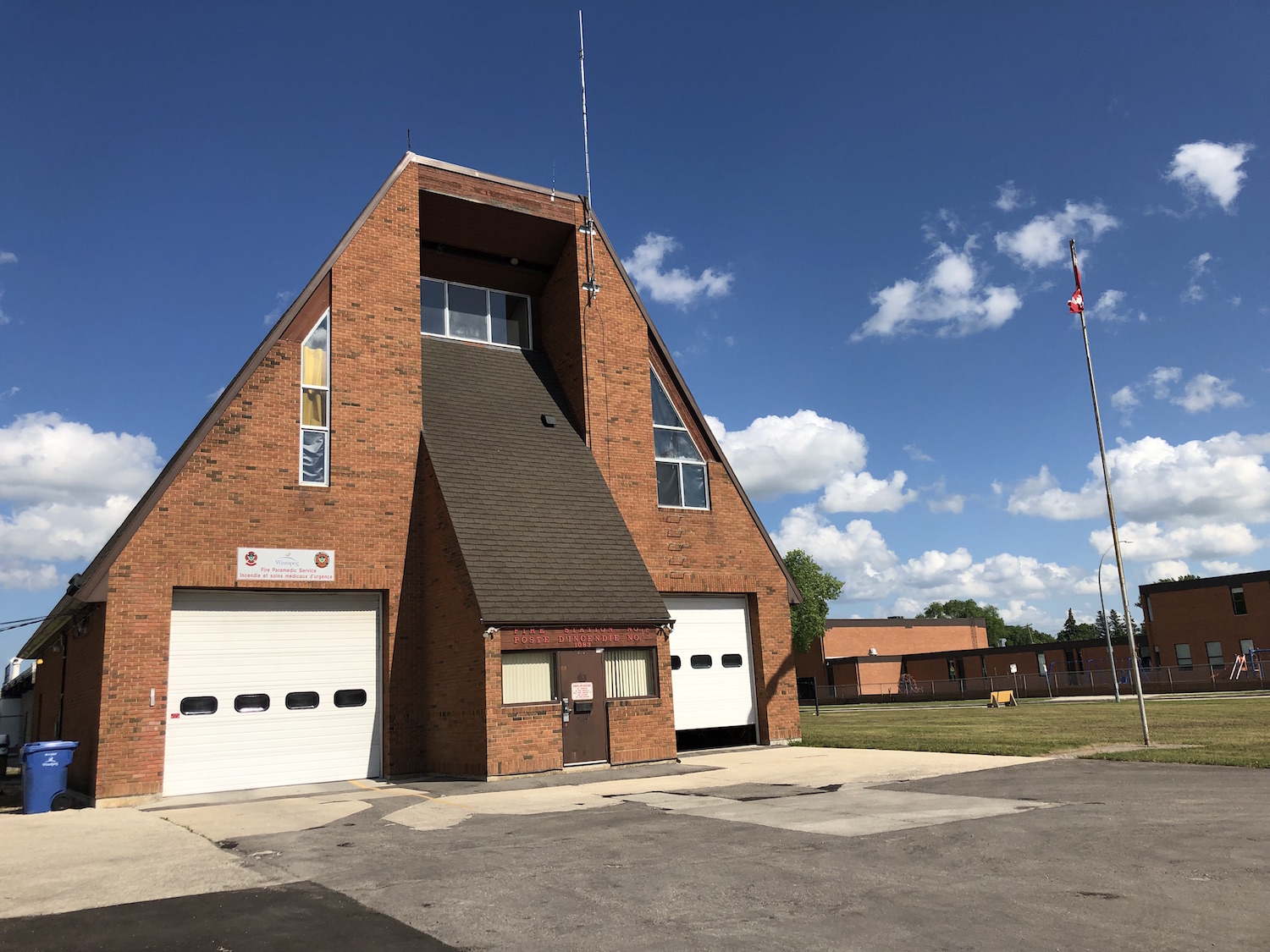 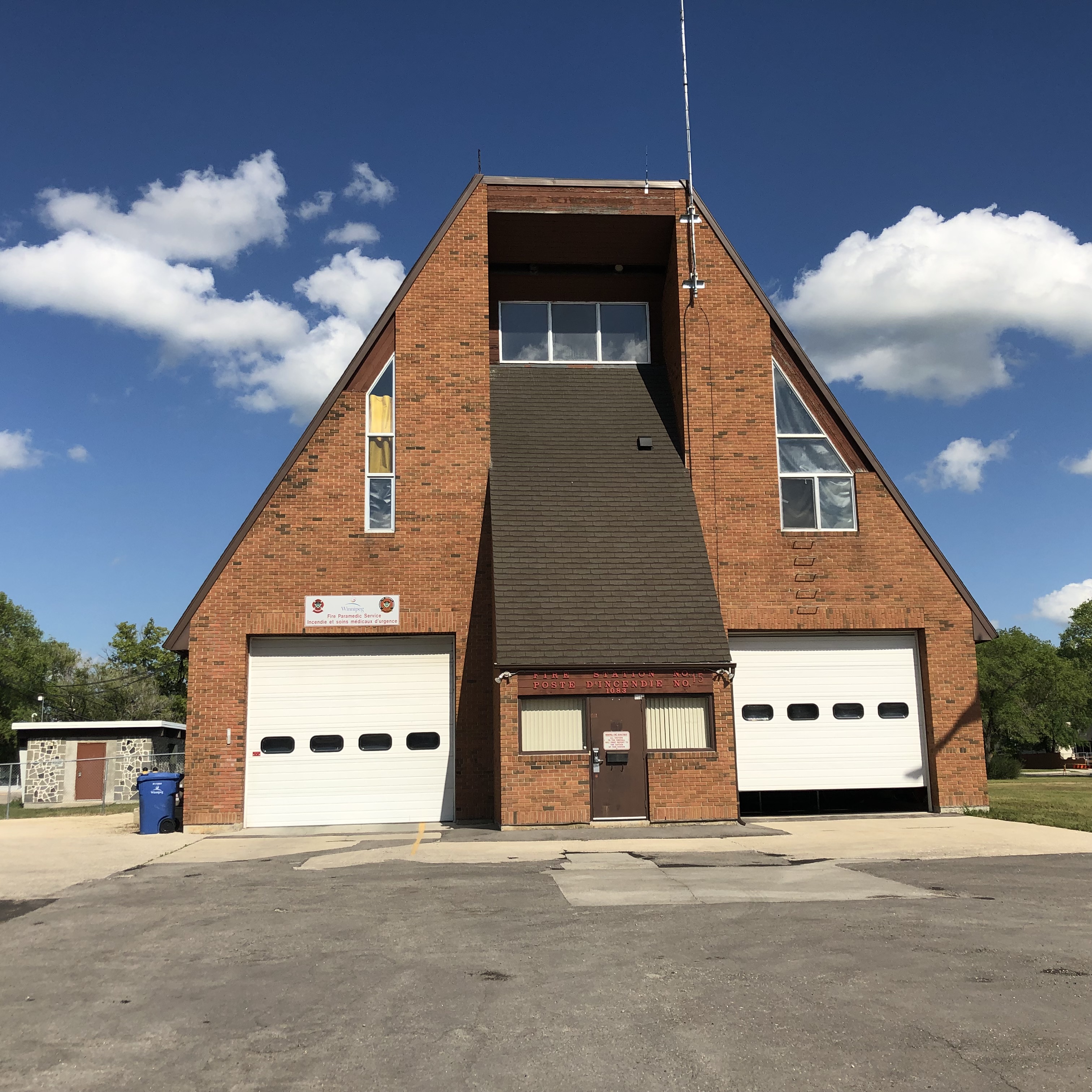 Located at the corner of Autumnwood Drive and Cottonwood Road, No. 4 Fire Station was approved by St. Boniface City Council in 1968. It was part of a project to replace the No. 1 Fire Station on Dumoulin Street and the No. 2 Fire Station on Tache Avenue, with twin stations in Windsor Park and on Des Meurons Street. Concerns were raised that the hall would be too close to Windsor Park Collegiate (1015 Cottonwood Road), and that a better location would be at Westmount Bay and Patterson Street. This location would become Westmount Plaza, and construction of the fire hall at the corner of Cottonwood Road and Autumnwood Drive would begin in 1969. It was designed by Gaboury Lussier Sigurdson Architects, and construction was done by W.W. Construction Ltd.

The fire hall’s design is both functional and playful. Rather than a lookout tower, the building features a high west elevation, eliminating the need for an additional structure, and offering sufficient space to hang fire hoses. The triangular west elevation is also intentionally reminiscent of the flat-topped pyramid roof on Windsor Park United Church (1962), which is located on the opposite side of Autumnwood Drive. The intent was to produce a design that fit within its local context, sharing characteristics with neighbouring buildings, avoiding ostentatious height, all while maintaining a distinctive design. In this sense, the building conforms to Gaboury’s ethos of producing context-specific designs that innovate while respecting local character.

Standing at 44 feet tall, this two-storey triangle up-thrust design is distinctive against the flat prairie landscape. Amongst its many asymmetric elements is its’ shorter east elevation and taller west facade. Three windows are recessed at the top of the west facade, while the wall below it slopes away to meet a vestibule that extends outwards from the centre of the building. The western facade’s south window is wider than its north window to allow firefighters to climb through and scale a metal-rung ladder located above the south overhead door. The metal rungs are painted the same colour as the clay brick, making them less conspicuous.