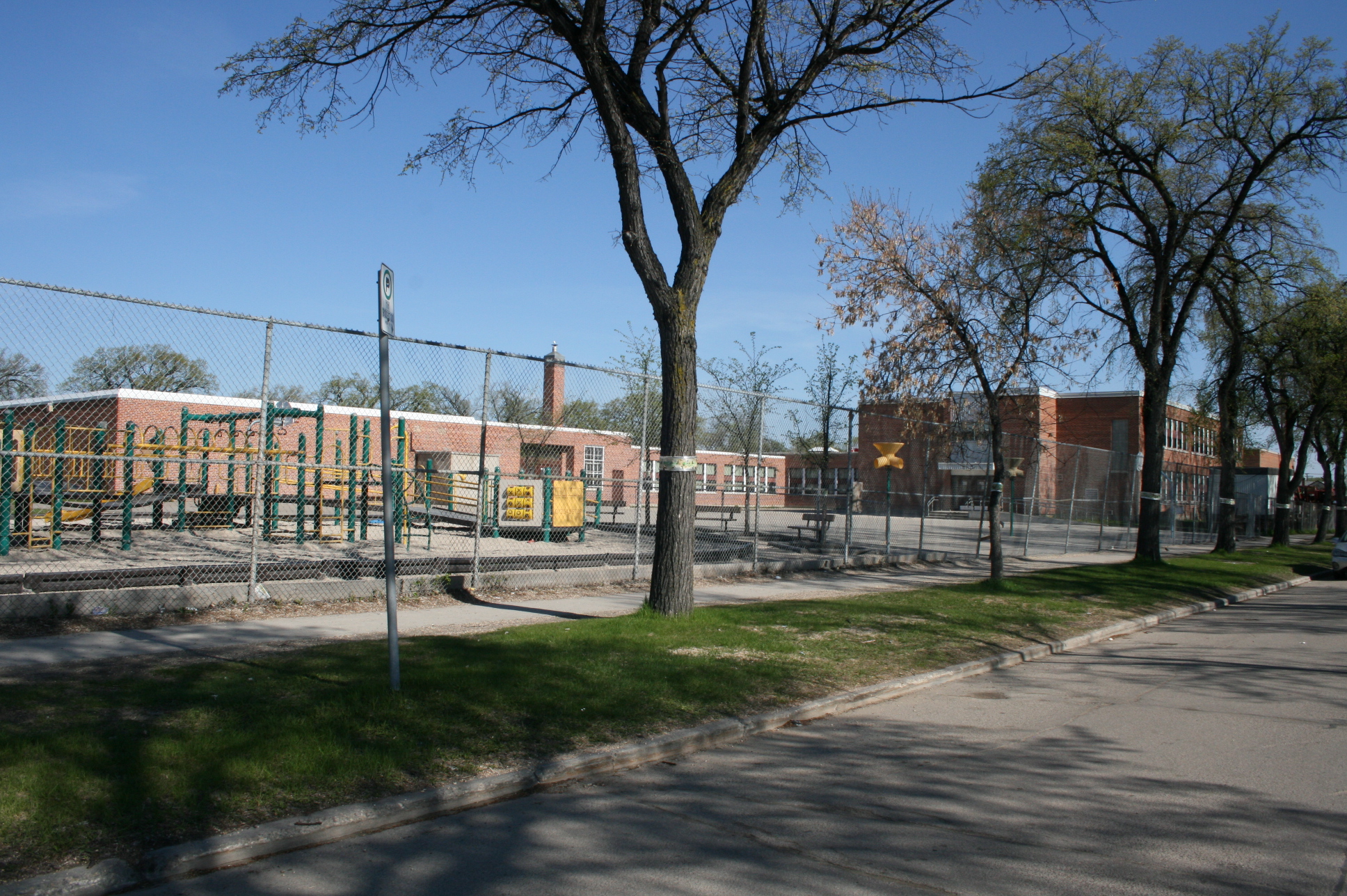 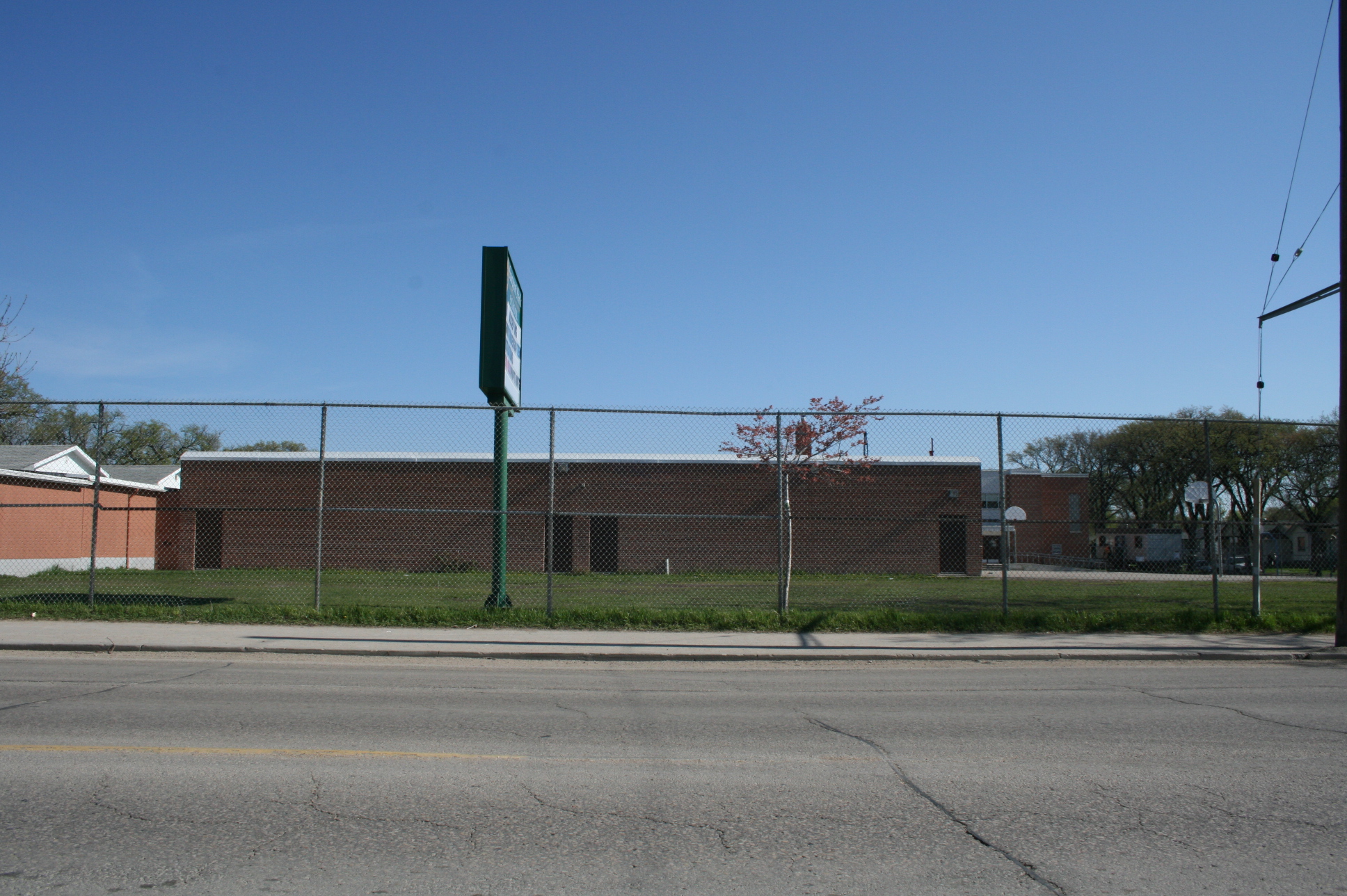 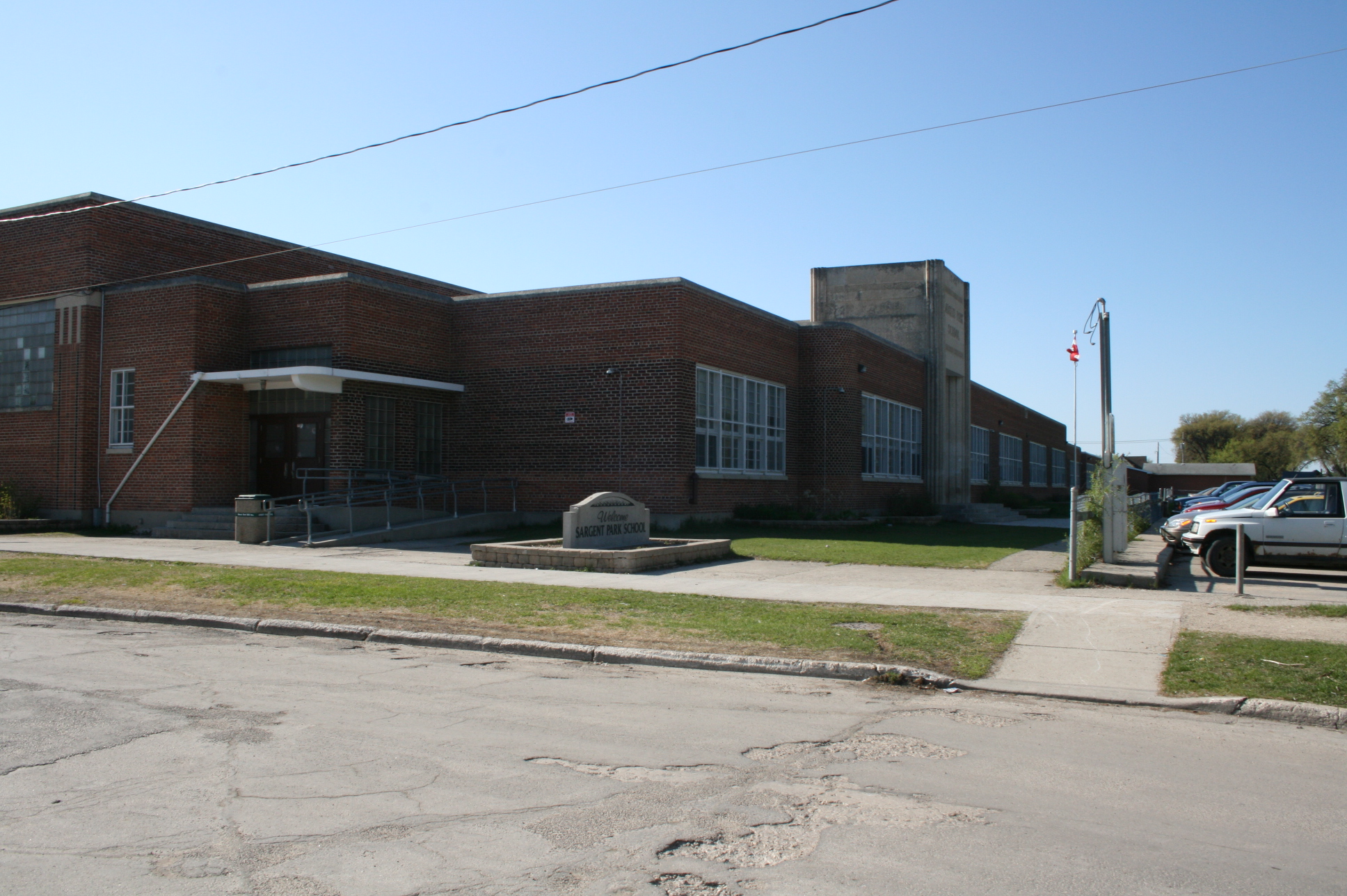 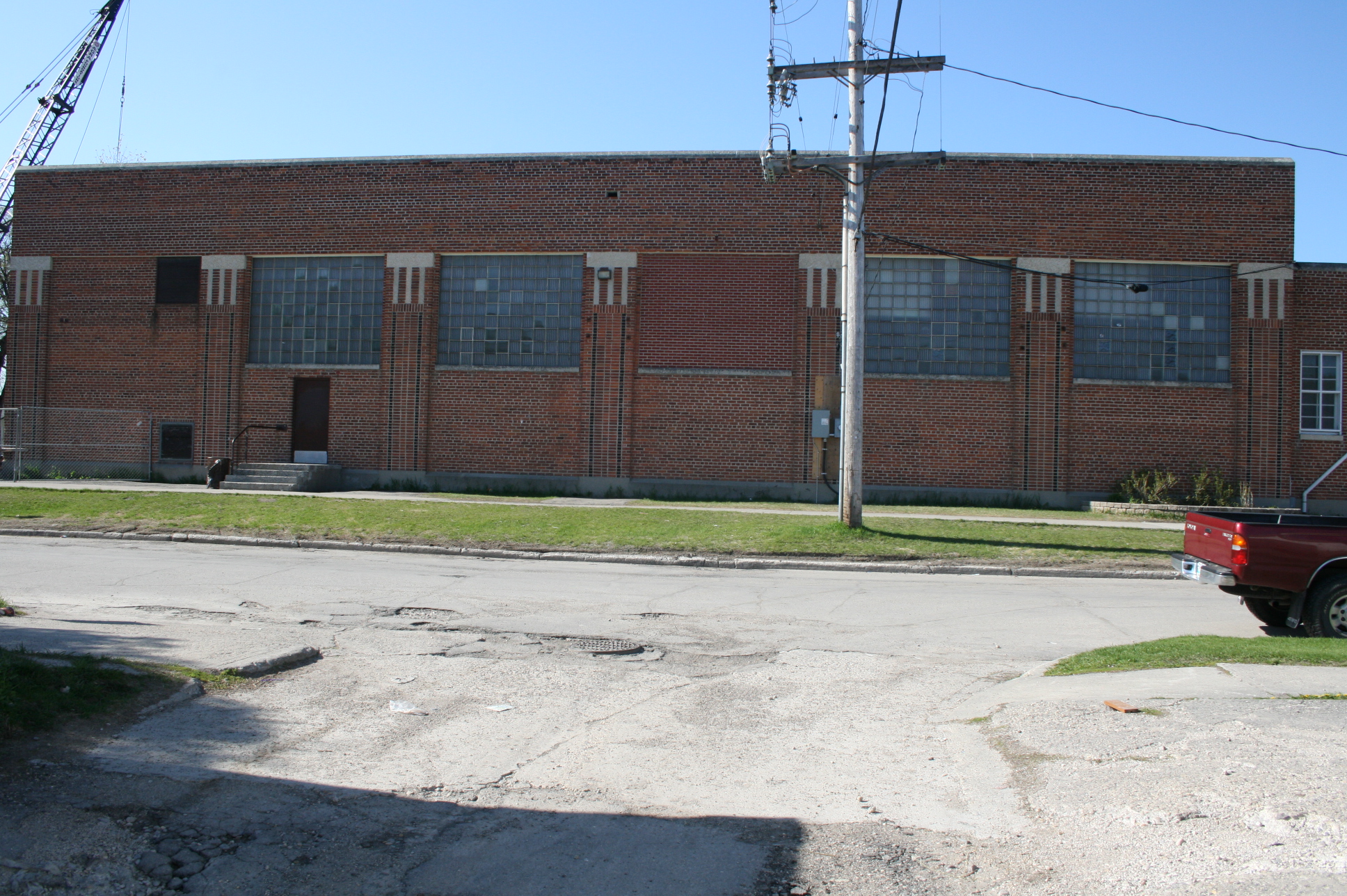 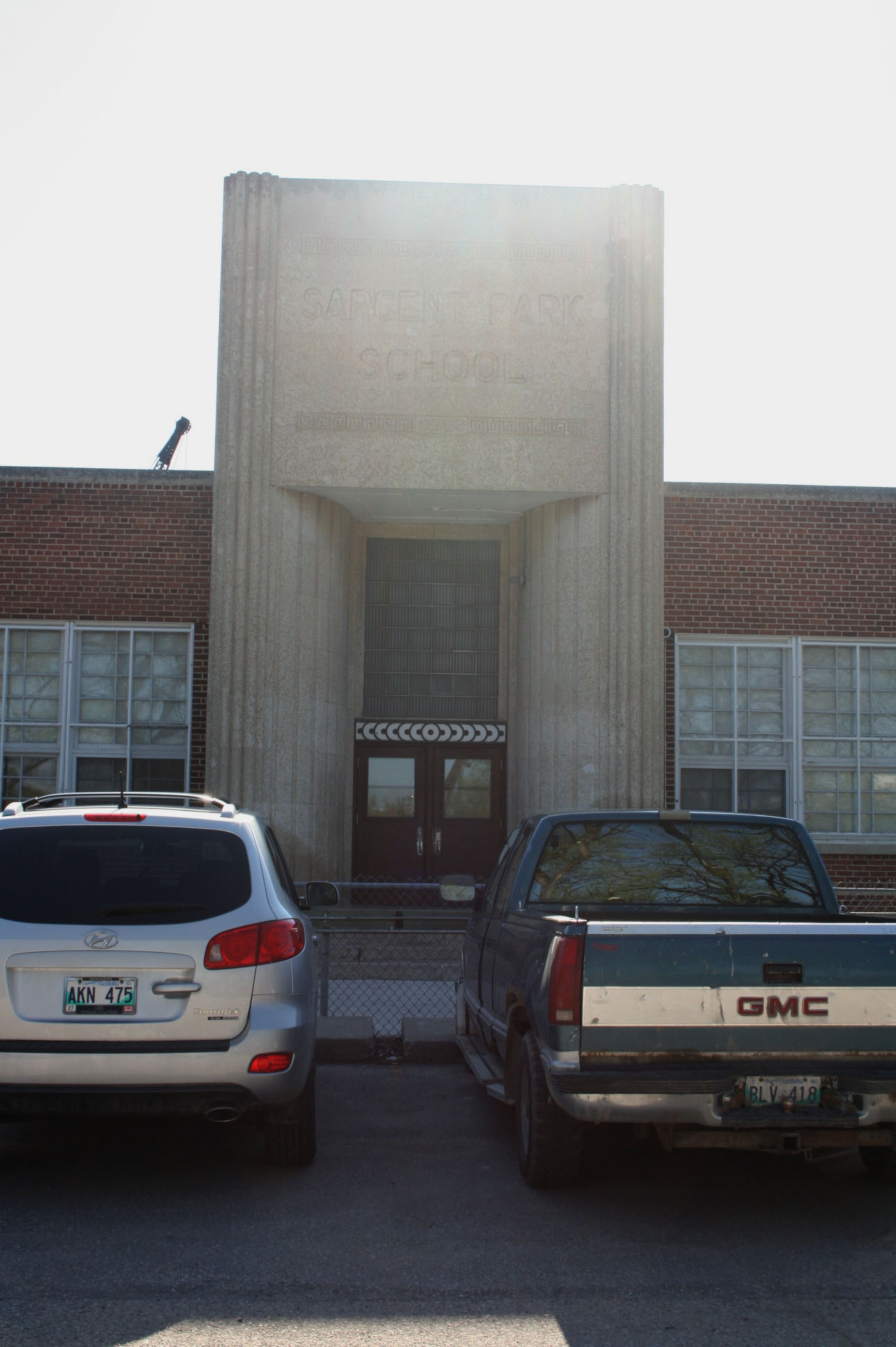 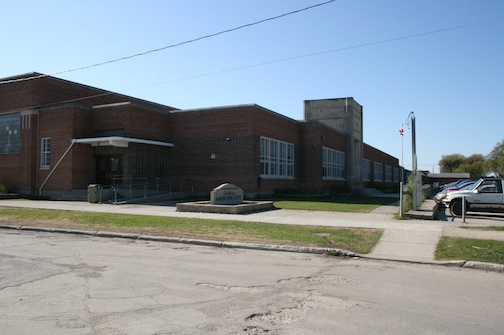 Sargent Park School seems to turn its back on the street but was built to face onto a block of Downing Street that is no longer open to cars, so what was designed as the rear of the school on the east side has become the front on Dominion Street. The former front looks onto Cindy Klassen Recreation Complex and its parking lot.

This is a large school in one-and-two storey volumes, made of red masonry brick and limestone trim and featuring an entrance tower that is the signature feature of Winnipeg School Division #1's schools in the late 1940s.

It has a large footprint from the many additions but the elevations retain many of their original features: most of the work was done within the same era in the 1950s and respected the established design. The west elevation took many of the additions as it marched southward; a two-storey wing now on the front (east) side was the junior high wing and built as part of the 1948 plan.

Two features stand out: the oft-mentioned tower entrance, here with a date and namestone, glass block transom, stylized Art Deco bronze moulding above the entrance doors and geometric patterning incised in the curvaceous limestone tower. The other notable feature is the smokestack, which was perhaps made very tall for a future second storey, and has a stone cap in the same design as the pilaster capitals used in all the auditoriums of this design.

The auditorium, with its prescribed detailing, is on the north side and has retained its glass block windows. Foundation repairs were undertaken in the spring of 2009.