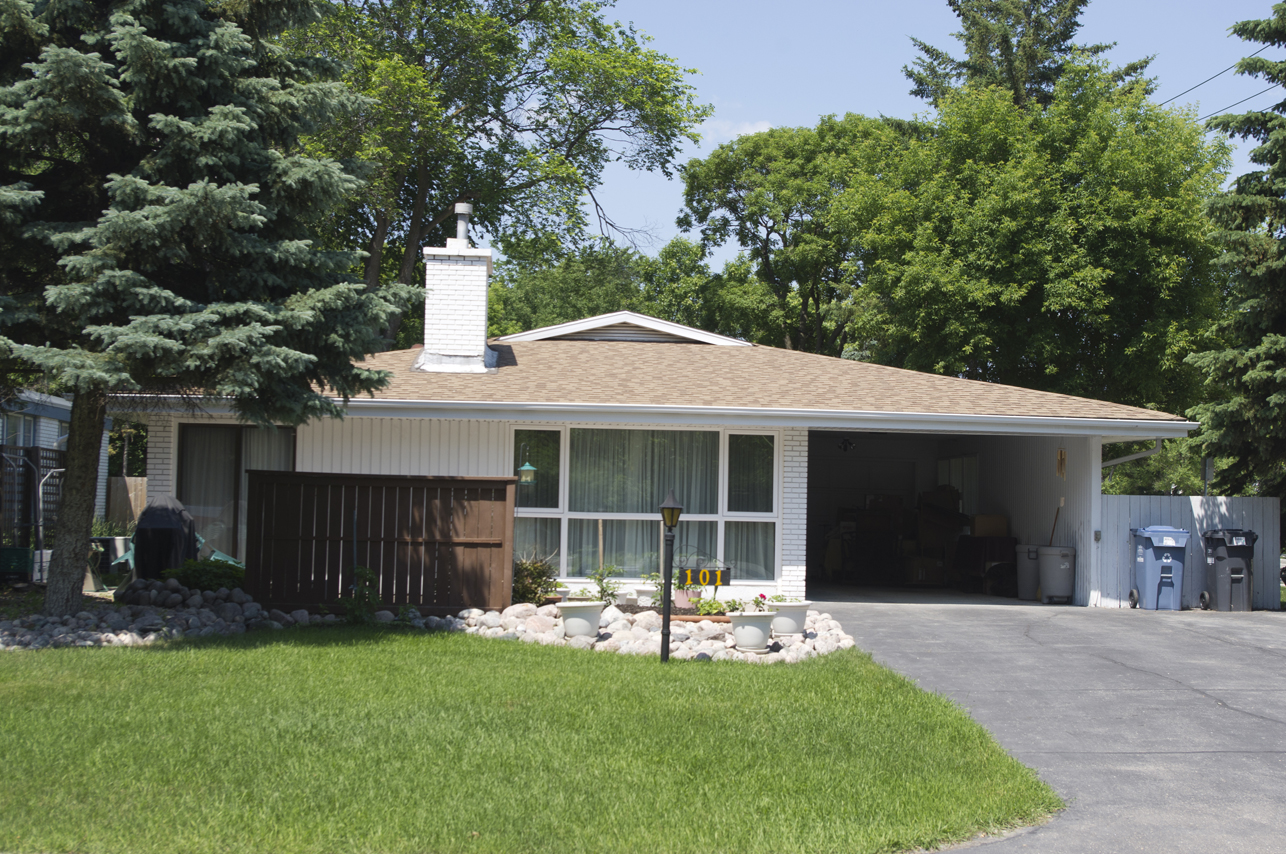 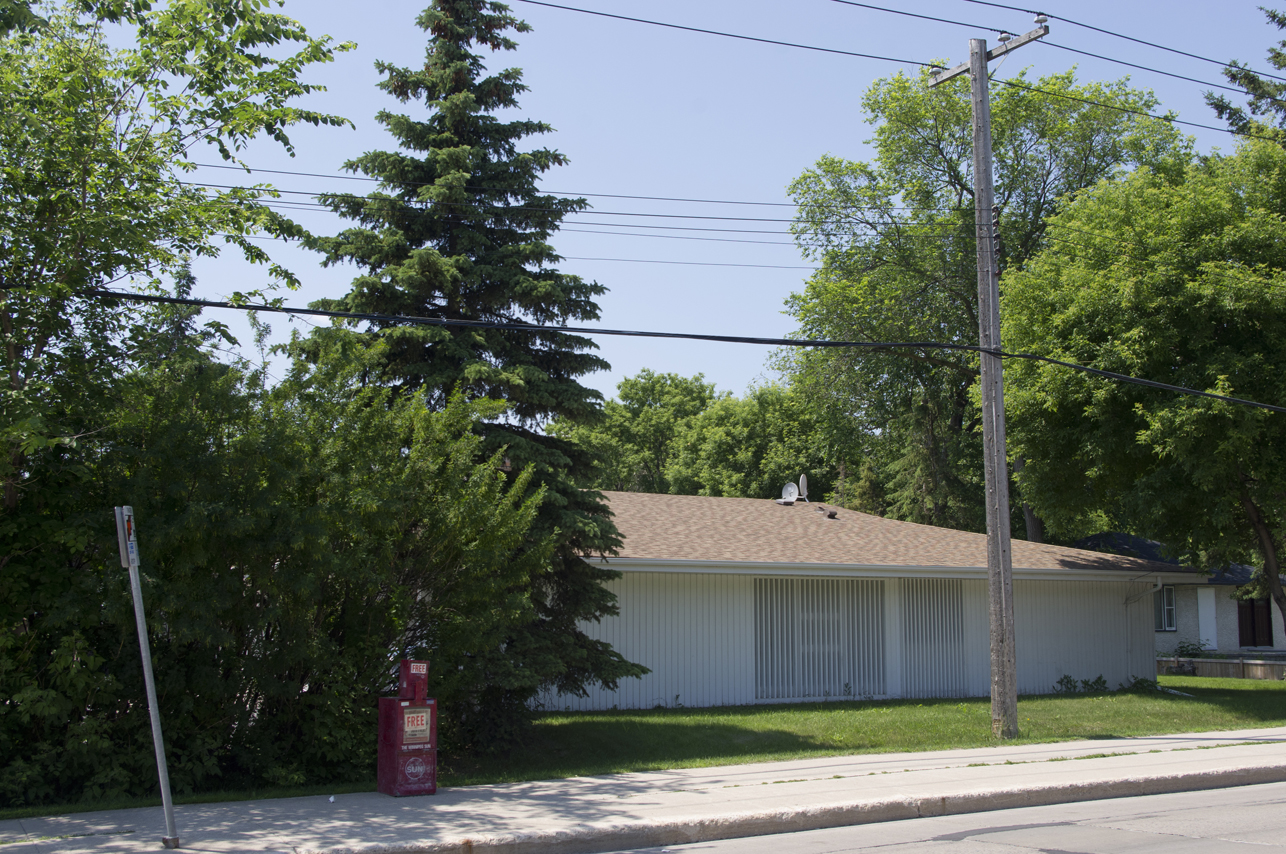 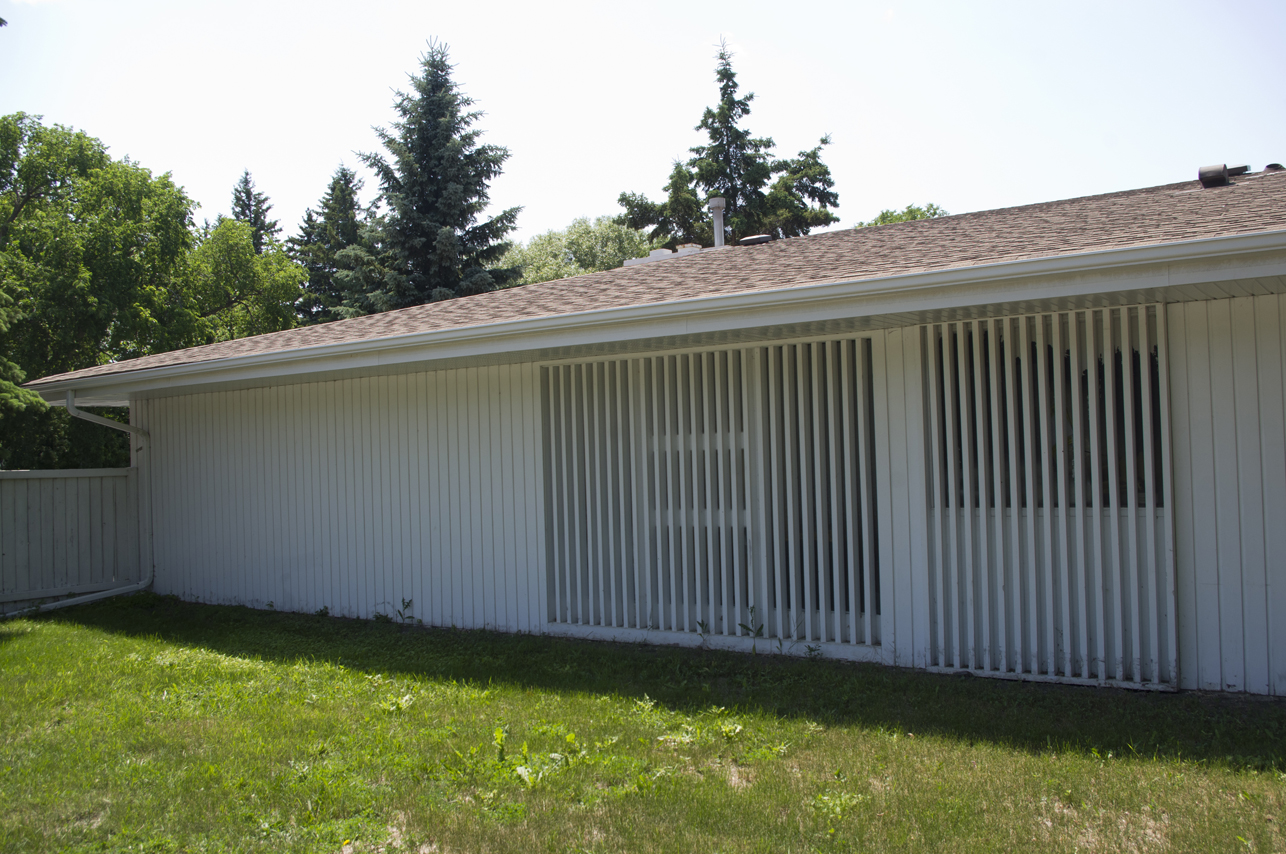 This home is part of Leslie Park, a row of more than 20 homes designed in distinctive modernist fashion in the mid-1960s. Developed by B. Leslie Real Estate & Development, the area was marketed in 1965 as such: “From the drawing boards of one of Canada's foremost architects Pratt Lindgren & Associates plus the skill and knowhow of one of Winnipeg's most progressive development companies comes this lovely residential area known as LESLIE PARK. Located in suburban Fort Carry on Thatcher Drive, feature a truly fine concept in modern living.” Other advertisements noted the homes’ contemporary design elements: large glass areas, skylights, and large foyers. The area is marked by a nearly hidden concrete sign. It exists as a small-scale Canadian analogue to California’s famed Eichler neighbourhoods, post-war residential subdivisions with all their homes designed in a modernist style by the same architect.