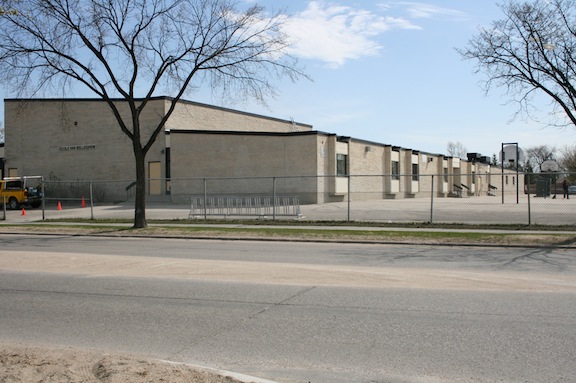 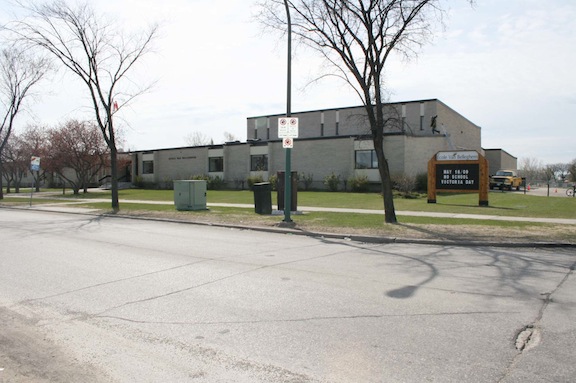 The school officially opened on November 6, 1967—Canada’s centennial year. It was named to honour Mr. Joseph Gustave Van Belleghem.It is a French immersion school serving 290 students from kindergarten to Grade 6.

Mr. Van Belleghem was born on September 6, 1901, in St. Vital. He attended Provencher School, then St. Boniface College. After working for a few years with his father in the railroad construction business, with his brother Frank, he became joint owner of the Toutist Hotel in St. Boniface. He retired altogether from the hotel business in 1960.

Mr. van Belleghem served as an alderman for 18 years between 1931 and 1965. In 1949, he was elected to the Manitoba Legislature and he represented the St. Boniface constituency for four years. The City of St. Boniface also elected him as mayor for three, two-year terms from 1955 to 1960.

He held many other important posts including membership of the Greater Winnipeg Investigating Committee in 1959; vice-president and then president of the Manitoba Mayor’s and Reeves’ Association as well as of the Manitoba Hotelmen’s Association. In 1964, he had been appointed Belgian Consul for Manitoba—he served in that capacity until his death. He also belonged to the Native Sons of Canada, to the Canadian and to the Empire Clubs. For a number of years he was president of the Belgian Mutual Benefit Society and an executive of the Belgian Club; last but not least, he was an active member of the Belgian Sacred Heart Parish in St. Boniface.

Mr. J. G. Van Belleghem was fluent in Flemish, French and English. As such, he could play an effective role in most activities of the different clubs or groups he joined. He was held in high esteem by those with whom he worked in one or another position. His death on January 5, 1967, was a loss keenly felt by those who had known him closely.