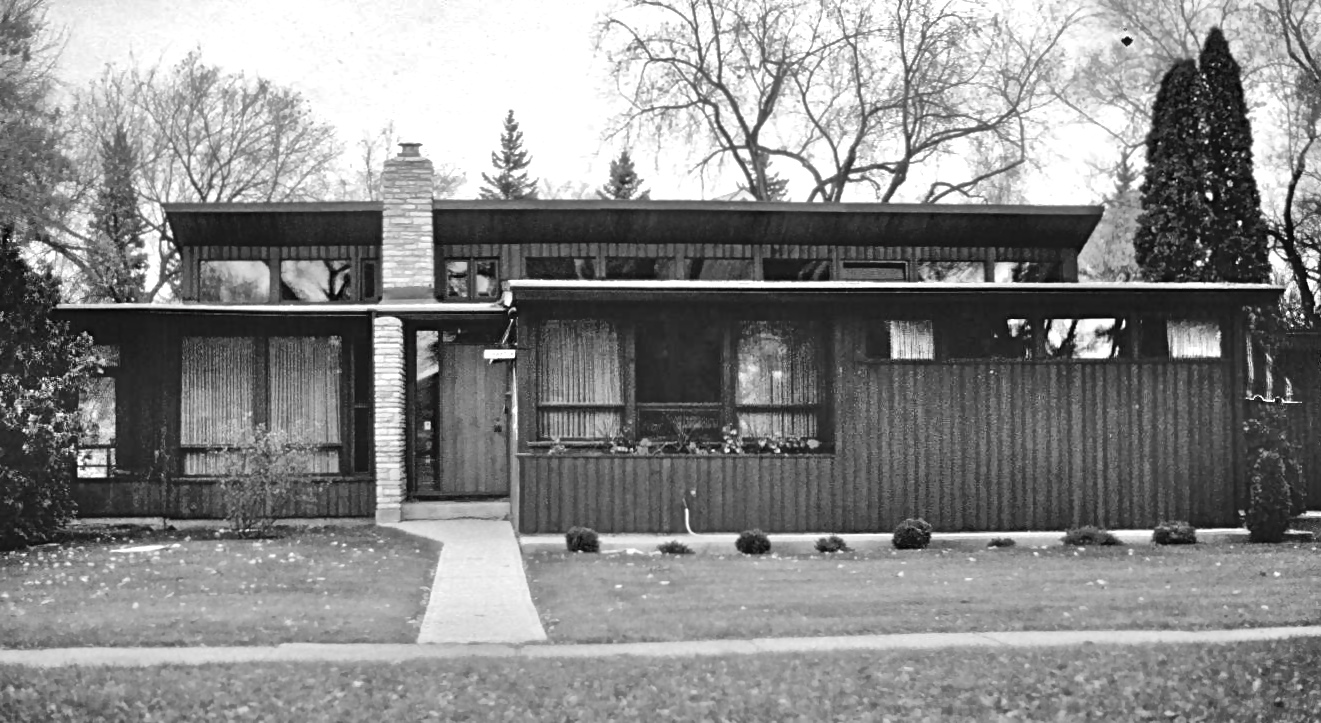 This modernist home, designed by city planner Eric Thrift, was demolished in 2011.