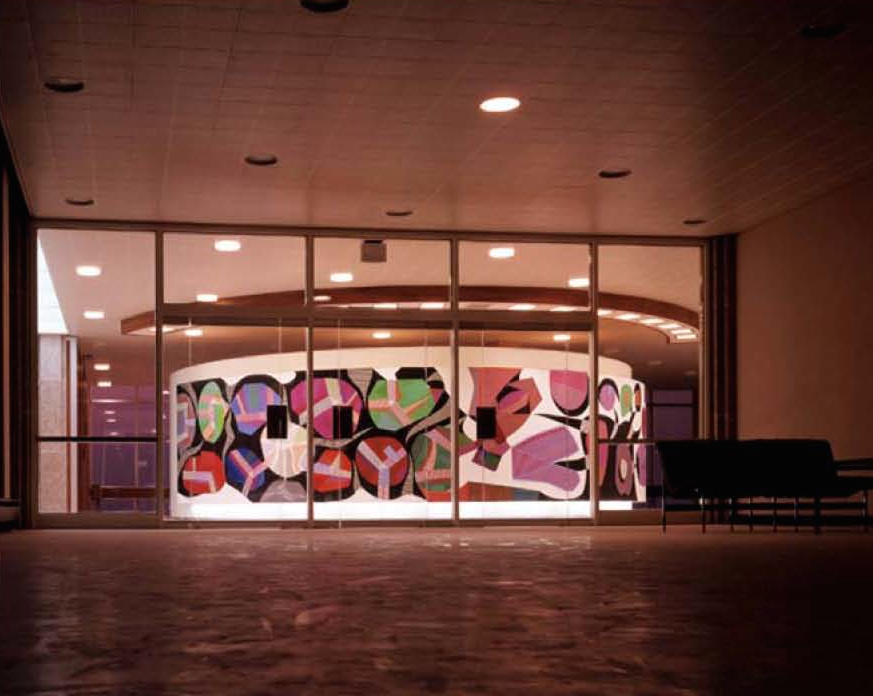 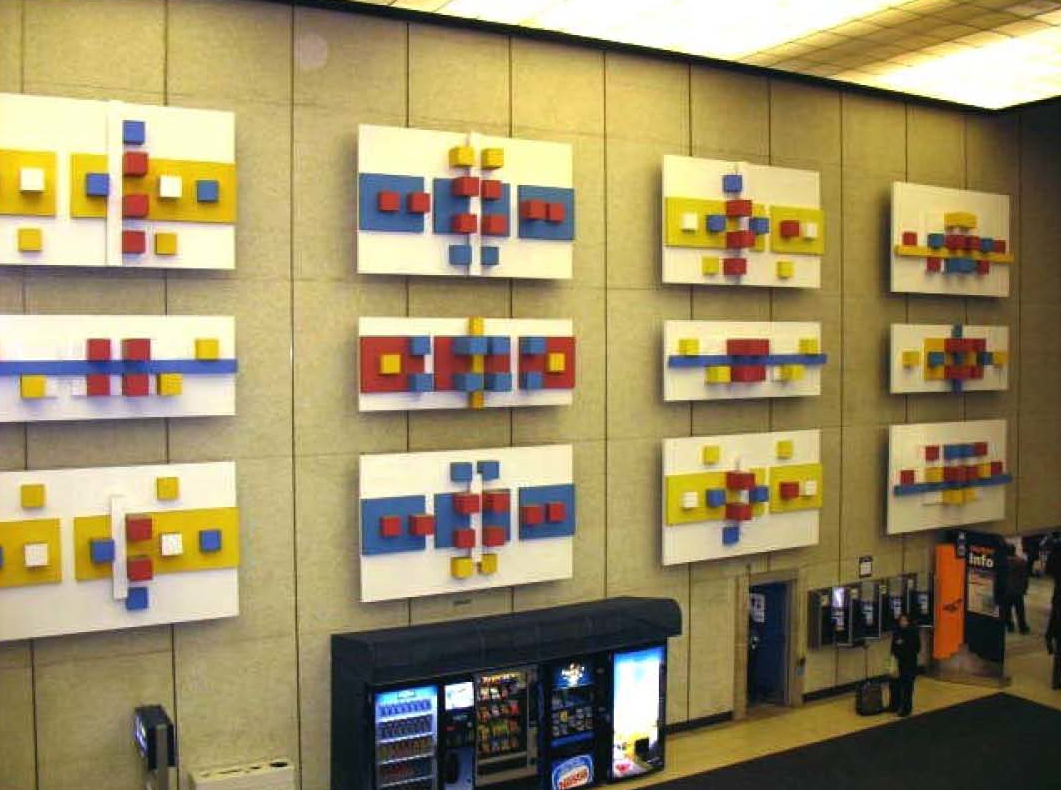 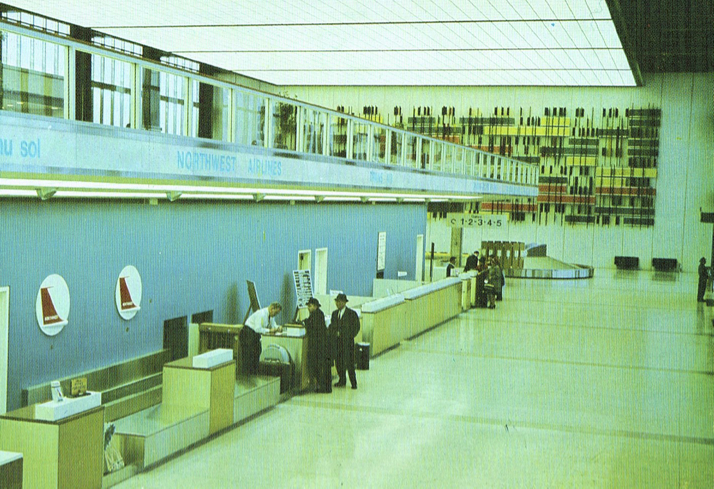 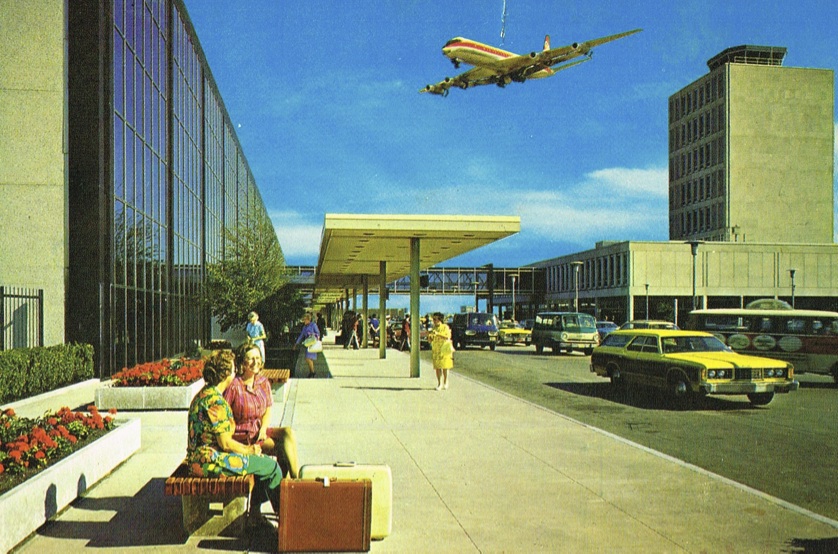 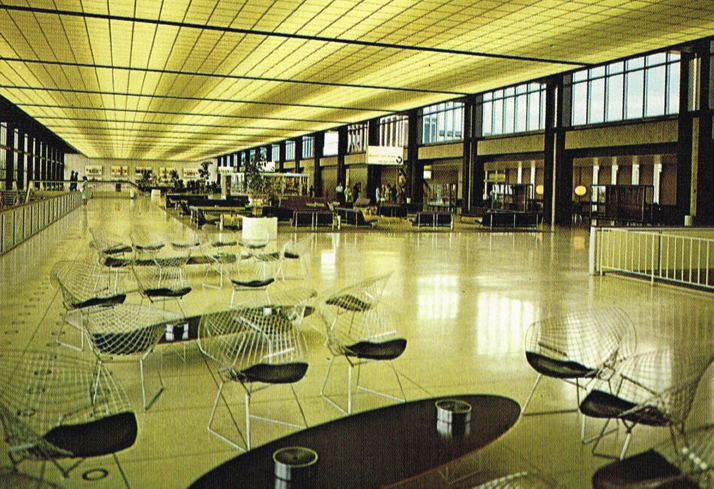 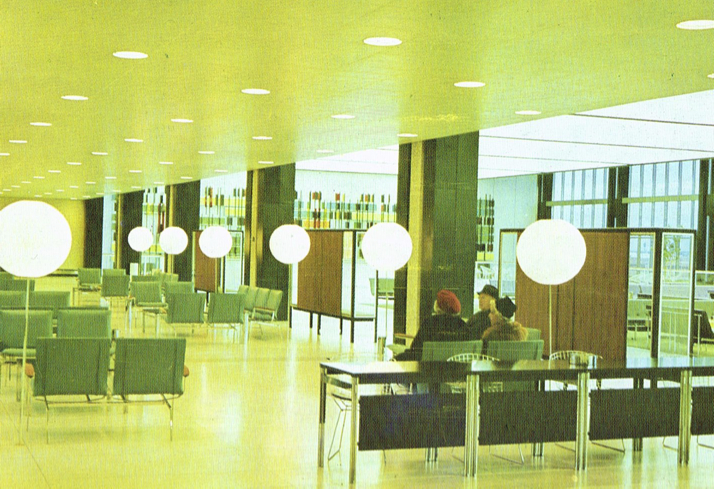 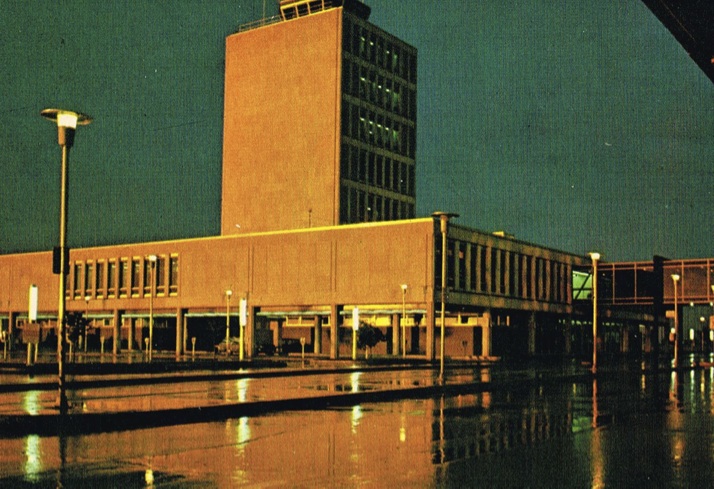 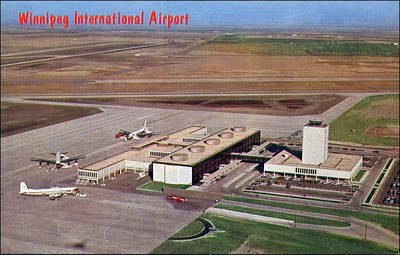 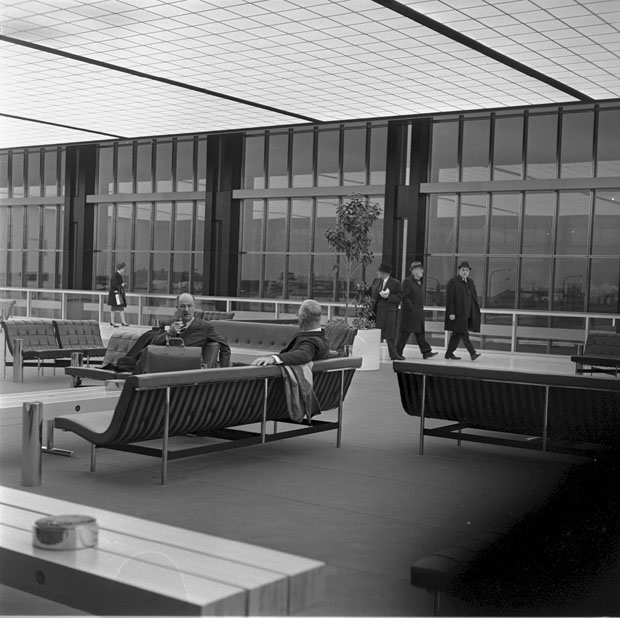 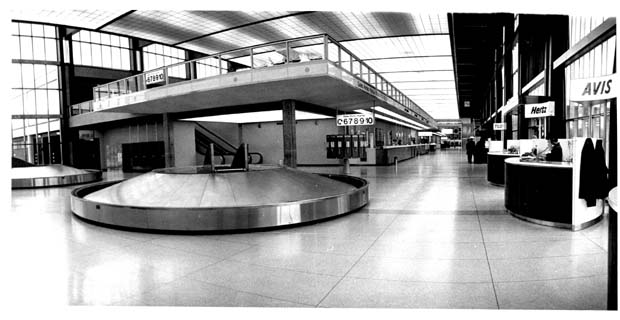 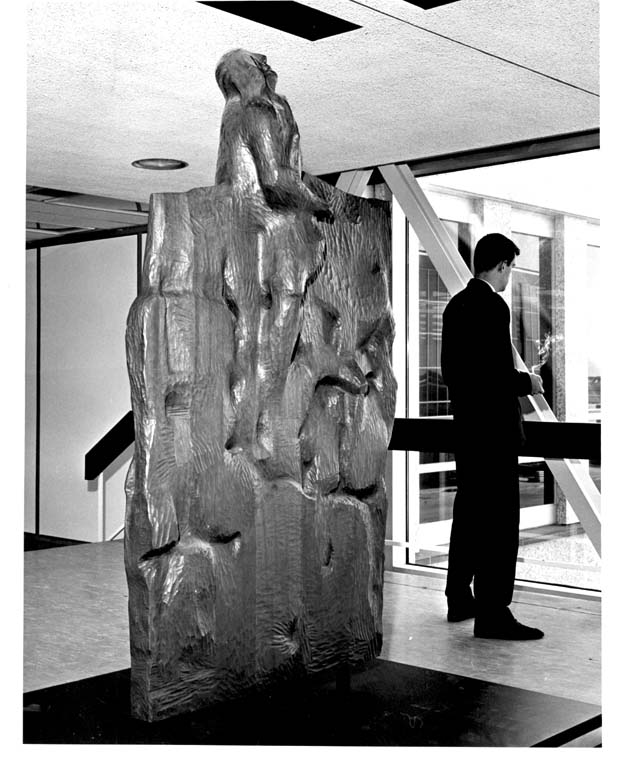 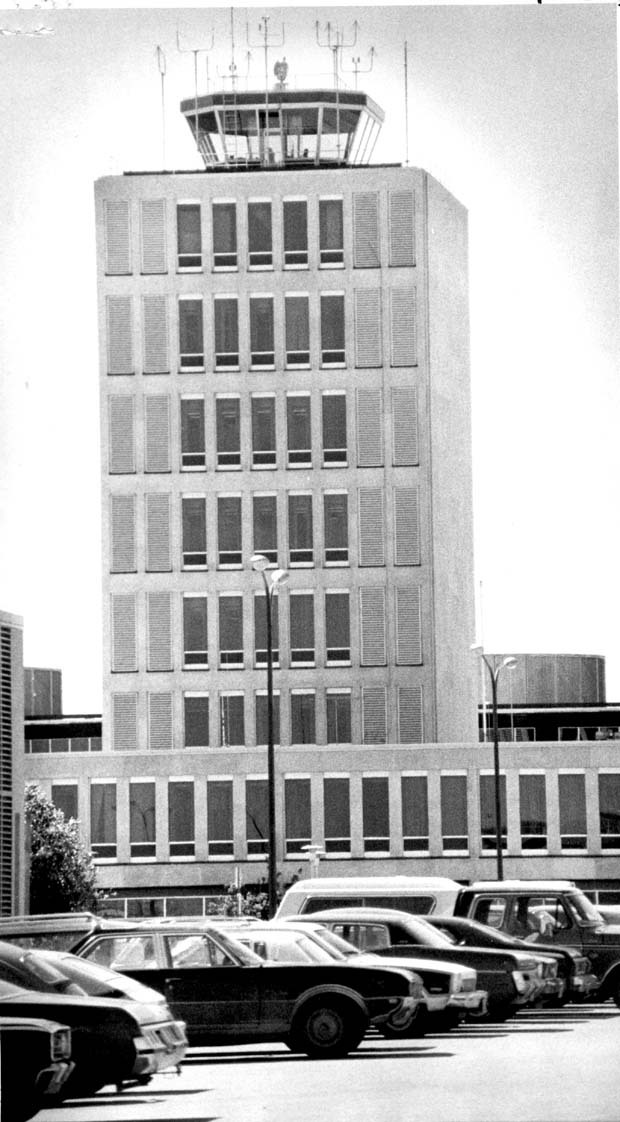 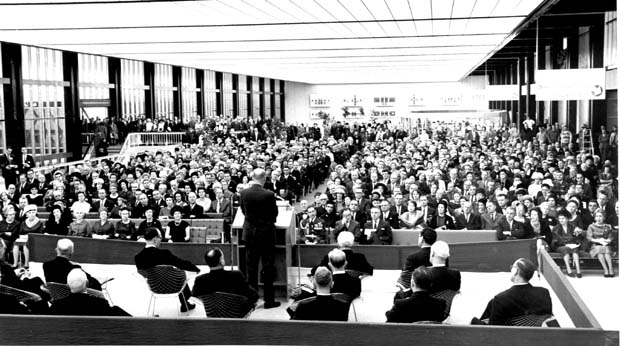 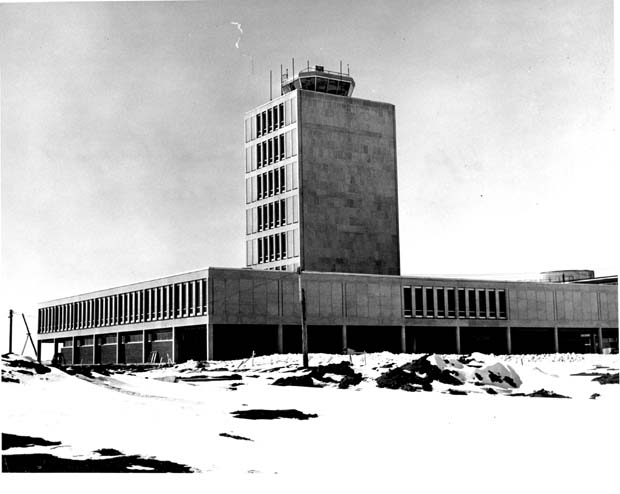 The former terminal at Winnipeg International Airport (now James Armstrong Richardson International Airport) was designed by Green, Blankstein and Russell, Winnipeg's most prominent post-war architectural firm. Opened in 1964, the terminal was originally part of a national network of sophisticated, art-filled air terminals built between 1958 and 1964 (including Edmonton, Toronto and Gander). Winnipeg's airport terminal was widely recognised as one of the finest examples of mid-century modern architecture in the country.

The terminal was an International Style building -- it was a minimalist, rectilinear, steel-and-glass structure with sophisticated detailing. The modern terminal incorporated the latest in Canadian and internationally designed furniture and contemporary art, including the largest public art projects ever realised in Canada at the time. Of particular significance were Eli Bornstein's Structuralist Relief in Fifteen Parts (1962) and John Graham's Northern Lights (1964), installed on the north and south walls of the concourse. Bornstein's architectural mural was a rhythmic pattern of vividly coloured enameled metal cubes. Graham's installation, which was designed in consultation with Bornstein, and akin in both scale and colour, was an assembly of coloured plexiglass and mosaic tiles. The installed sculptural works instilled a gallery-like quality in the open, public spaces of the main hall and mezzanine and symbolized a national aspiration to make airports into cultural institutions.

Between 1986 and 1994, a renovation and expansion of the building was undertaken by then Winnipeg-based architectural firm IKOY. The approach was sensitive to the original 1964 design and did not alter the building's general character.

Although there was local, provincial and national support for maintaining and repurposing the terminal, it was closed in 2011 when a new terminal building was opened, and later demolished.