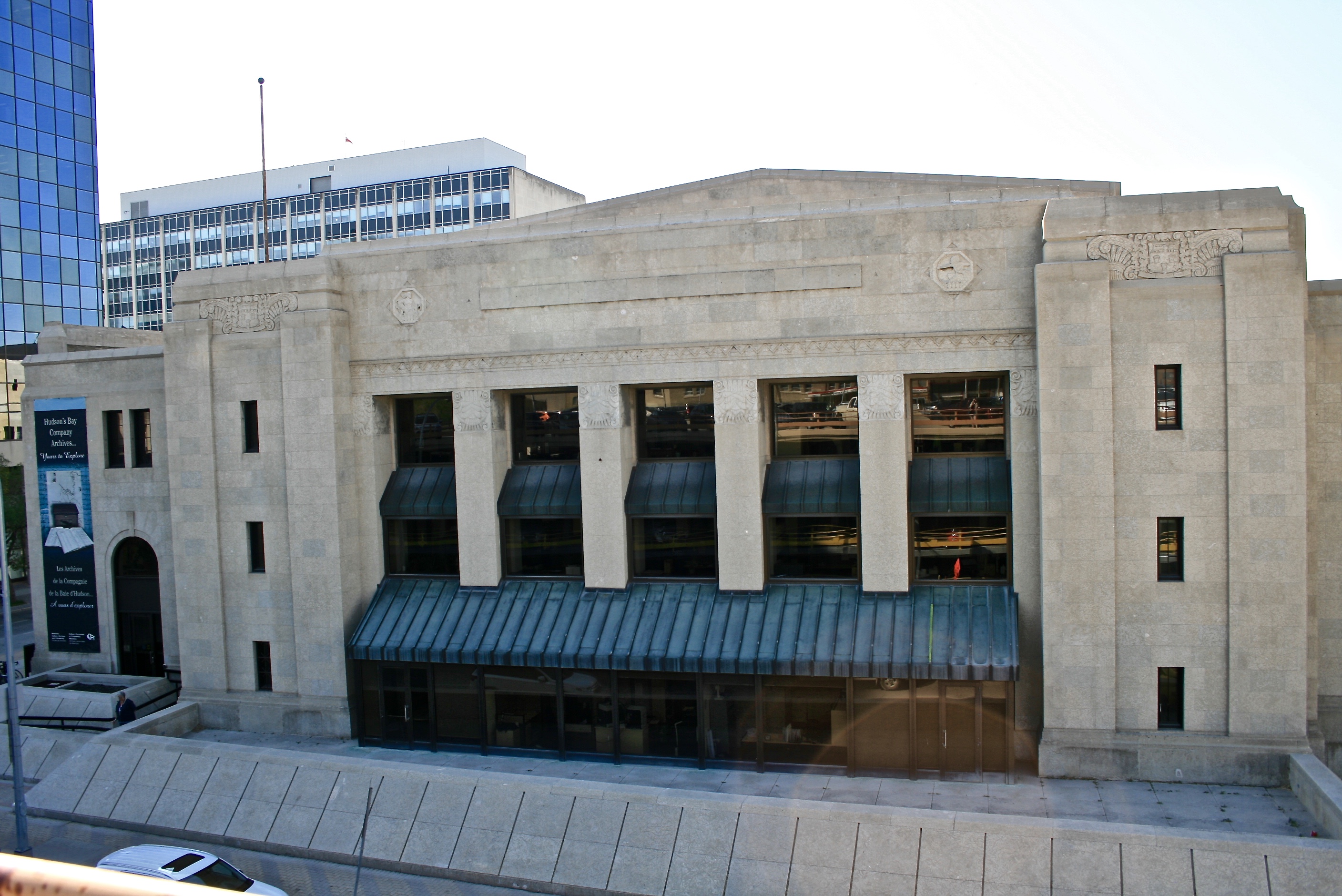 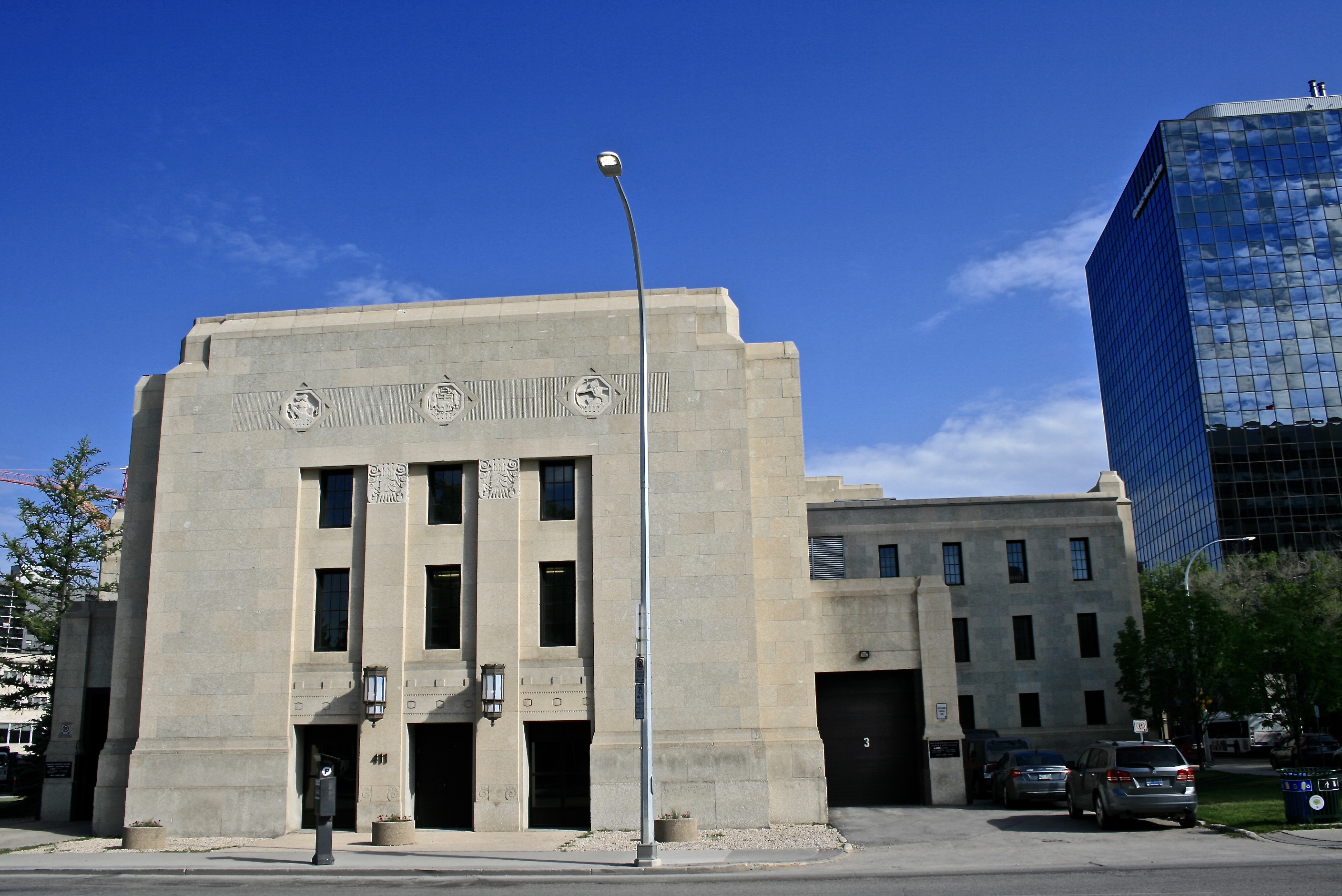 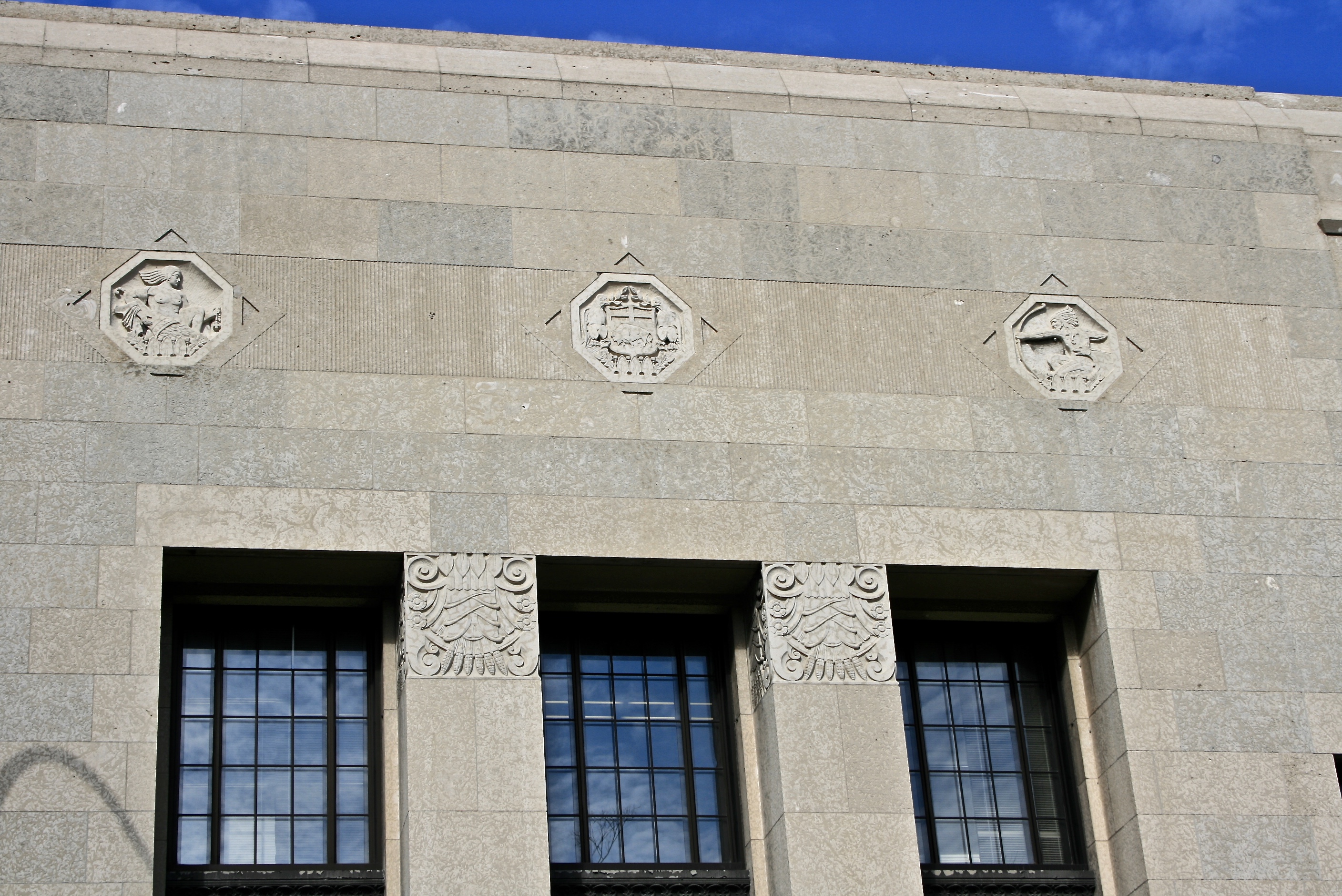 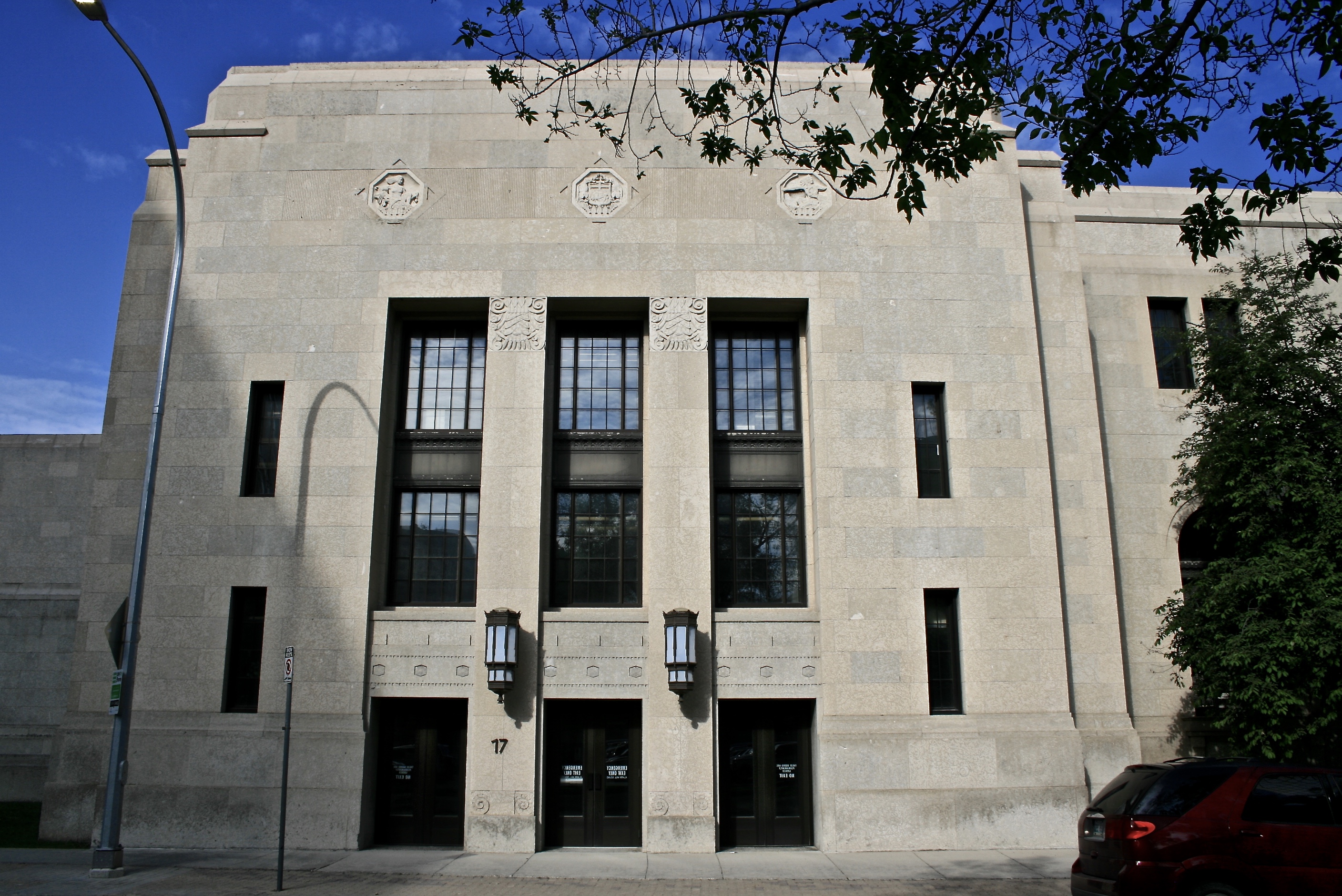 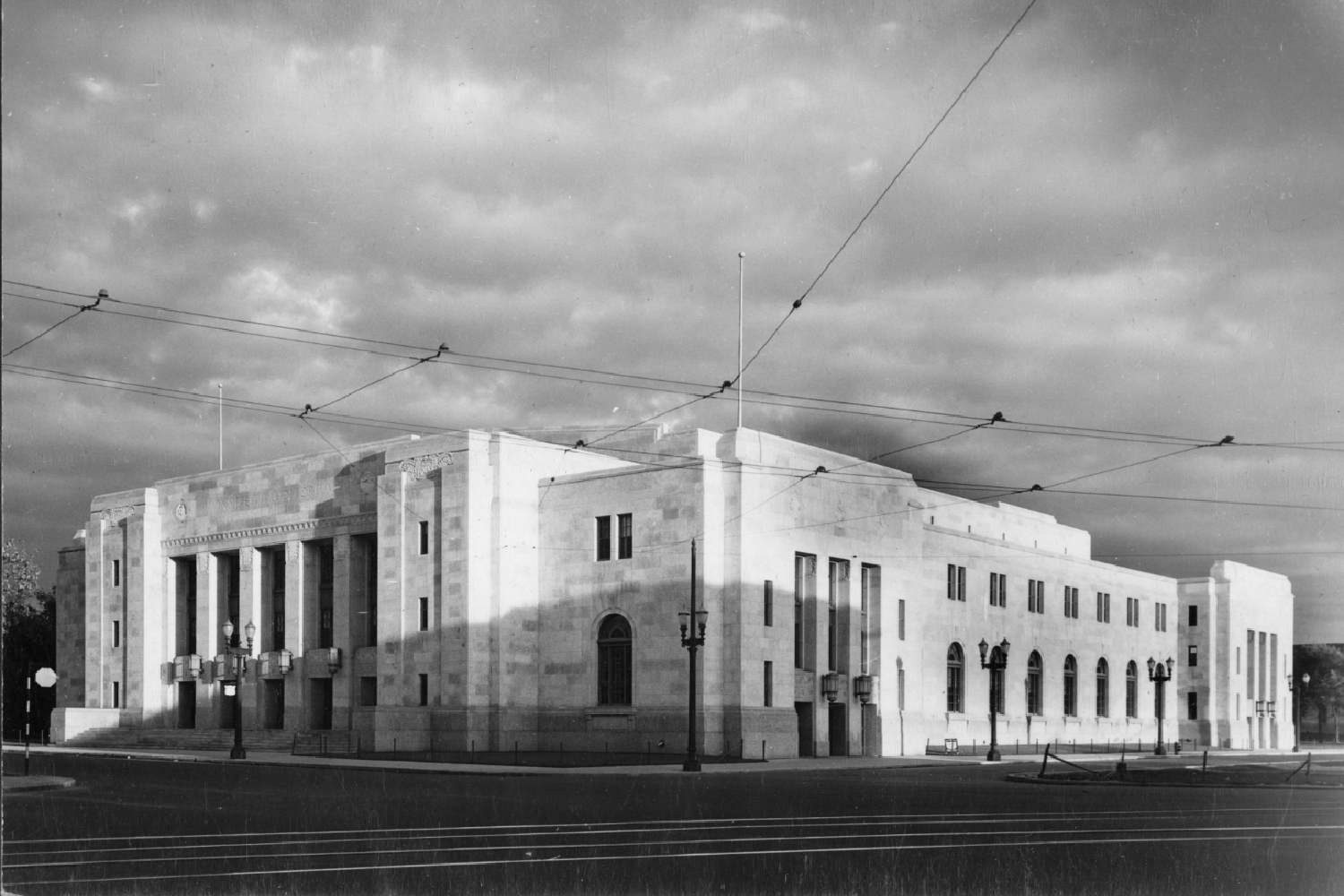 Winnipeg’s Civic Auditorium was one of the largest projects built in the city during the Depression years of the 1930s. A solid-looking, Art Deco, Tyndall-limestone clad structure, the Auditorium graces Memorial Boulevard, a street once known as “The Mall.” This prime location was appropriate for what was an important civic site, one of Winnipeg’s prime performance and event spaces and one-time home of the Winnipeg Art Gallery, Winnipeg Symphony Orchestra, and the Manitoba Museum. Such significance was underlined by the attendance of Canada's Governor-General at the laying of the building’s corner stone, 18 August 1932, and by Prime Minister R. B. Bennett at its opening, 15 October 1932. At the time of its unveiling the Auditorium was heralded as “a source of pride to the people of Winnipeg.”

The Civic Auditorium was constructed in 1931-32 for $1 million. The large number of architects involved in its design – George Northwood, Cyril Chivers, Ralph Pratt, Donald Ross and John Semmens – testifies to the building’s historical context. The project was conceived as a spur to the struggling local economy; to boost its effect, construction was a shared effort. This communal commissioning went beyond the architects; contracts were also dispersed among numerous excavators, steelworkers, electricians and so on. In a similar respect, the project’s guidelines stated a preference for materials sourced locally, or, if needed, from within the province, country, or British Empire. This may be one reason for the use of Tyndall limestone as the building’s material of choice, though this gesture undoubtedly also relates to its common use throughout Manitoba architecture, particularly in such prominent local examples as the nearby Manitoba Legislative Building. Various statutes were in place to further boost local economic benefits: the men employed were long-settled Winnipeggers, married or single with dependents, and labour duties were rotated. Altogether, the building's construction produced 18,750 man days of work.

The Winnipeg Civic Auditorium is a rare local example of a building in a true Art Deco style. In contrast with similar monumental public structures of merely five to 10 years earlier, the “Aud” appears strikingly more modern. The facility features a design of simple, restrained and elegant forms. On the east and west facades are vast areas of sparsely decorated wall, punctured by arched windows. Near the north and south elevations and on these sides the building's design makes use of resolutely vertical pillars, square and imposing. Period accounts praised its architects for the building's twinned modern architectural use of flat surfaces and the embrace of mottled local stone.

Embellishing this composition, which is topped by a flat roof, were pre-cast decorative motifs. Atop and at the base of the Auditorium's columns are masses of corn cobs and scroll designs. Octagonal panels across the building bear the images of a female figure, supporting a cornucopia, and of an Indigenous hunter. Other panels show doves carrying olive branches as well as the Civic and Provincial crests. Originally the structure was further marked by the carved words “Winnipeg Auditorium,” an element hidden by later renovations. Prominent metal lights with Art Deco detailing and an octagonal shape that continues the decorative theme add further aesthetic interest. These were refurbished in 2002.

This facility was Winnipeg's main concert hall complex for nearly 40 years. Its role was then overtaken by the new Manitoba Centennial Concert Hall. With a main hall seating over 4,000 and a smaller concert space seating 800 (the two shared a single stage), the Auditorium was an impressive establishment. Over its many years hosting events and performances, notable performers on its stage included Arthur Rubenstein, Glenn Gould, Marion Anderson, Sergei Rachmaninoff and the New York Philharmonic. Among the important political proceedings that occurred in the building were the launch of Prime Minister John Diefenbaker's 1958 election campaign and the initial meeting that led to the merger of the Canadian Labour Congress and the Cooperative Commonwealth Federation to become the New Democratic Party.

The main auditorium was also home, from the late 1940s onward, of the Winnipeg Symphony Orchestra, though the acoustics of this space left much to be desired; the space was intended to be multipurpose, with an unraked floor and removable seats allowing the space to host dancing, roller skating, conventions and sports events. The smaller concert hall, which survived for some time after renovations, was described by English musician William Glock as among Canada’s top performance spaces.

In 1970 the Civic Auditorium came to be owned by the Province of Manitoba. At this point it was renovated extensively. The building was converted into a new home for the Legislative Library of Manitoba and the Archives of Manitoba. In now also houses the Hudson’s Bay Company Archives, subsequent to renovations in 1995-99.