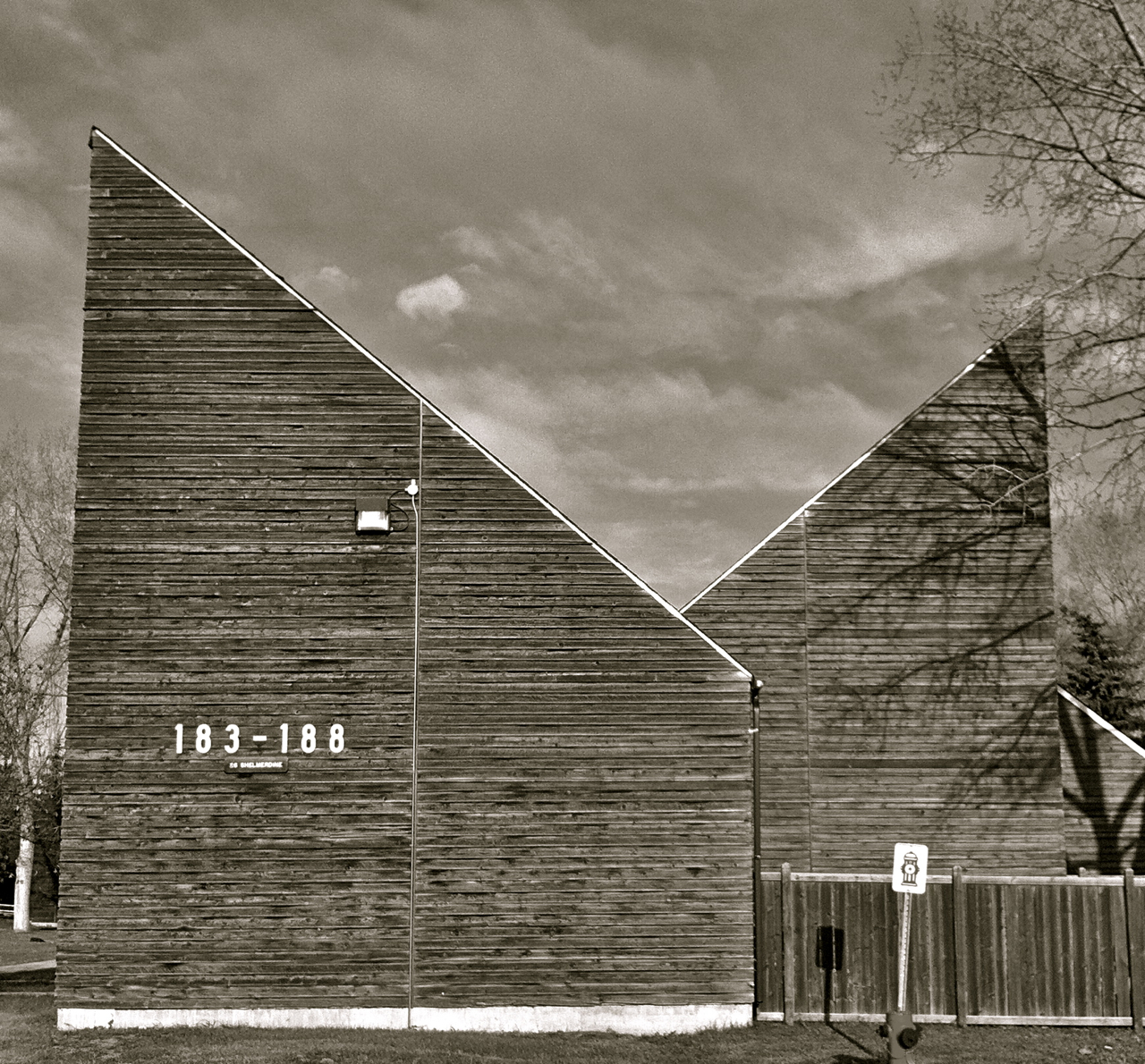 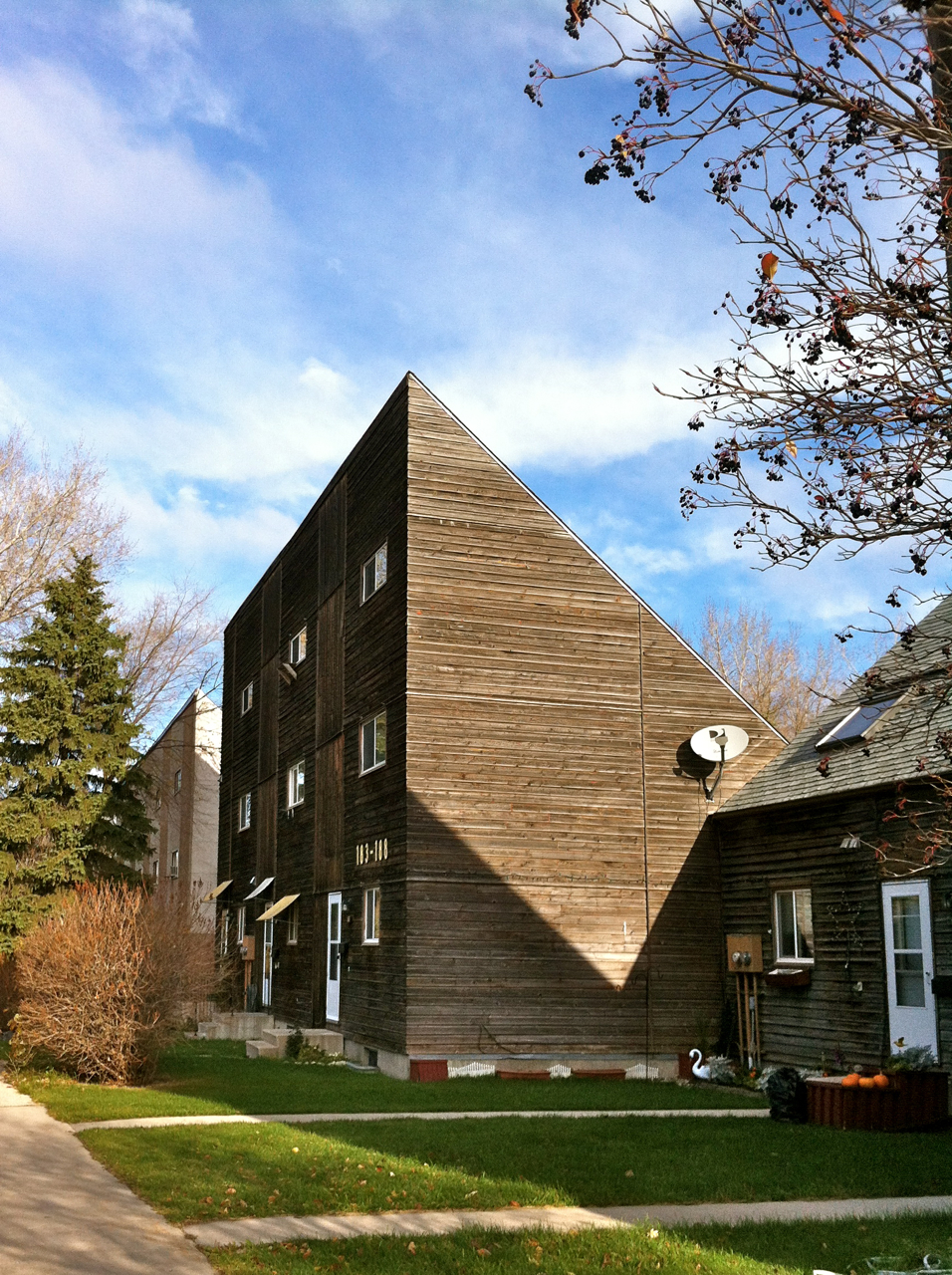 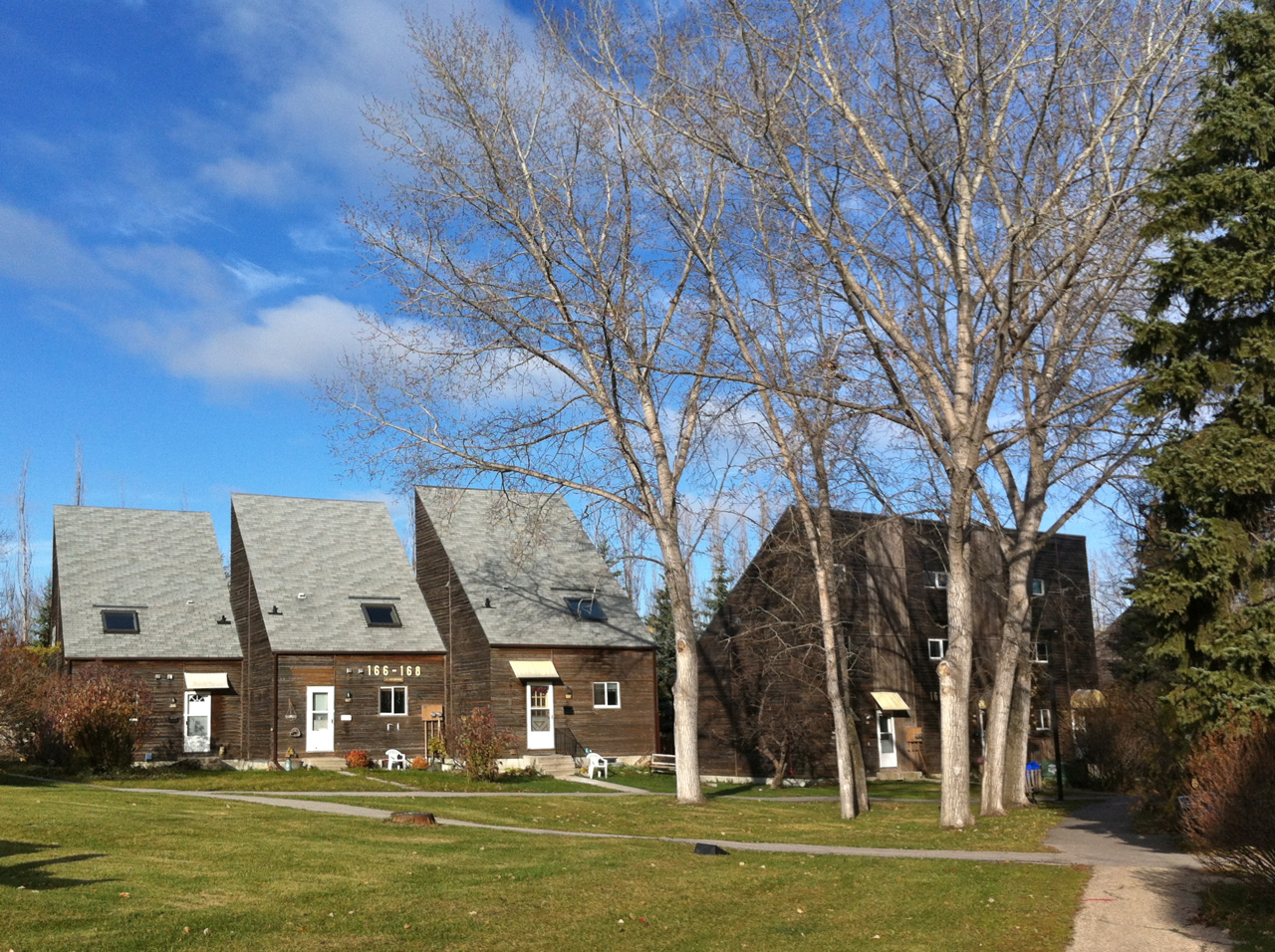 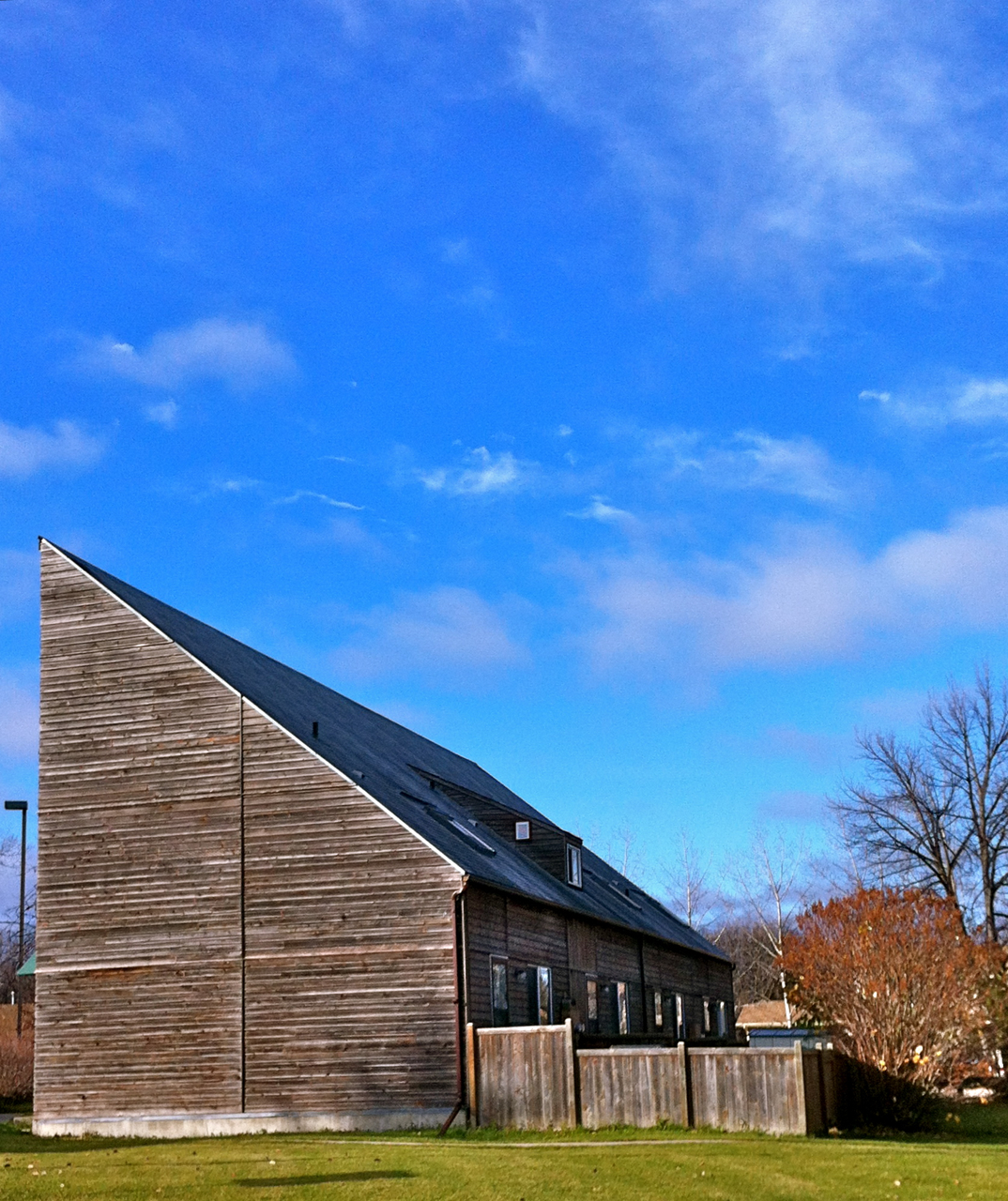 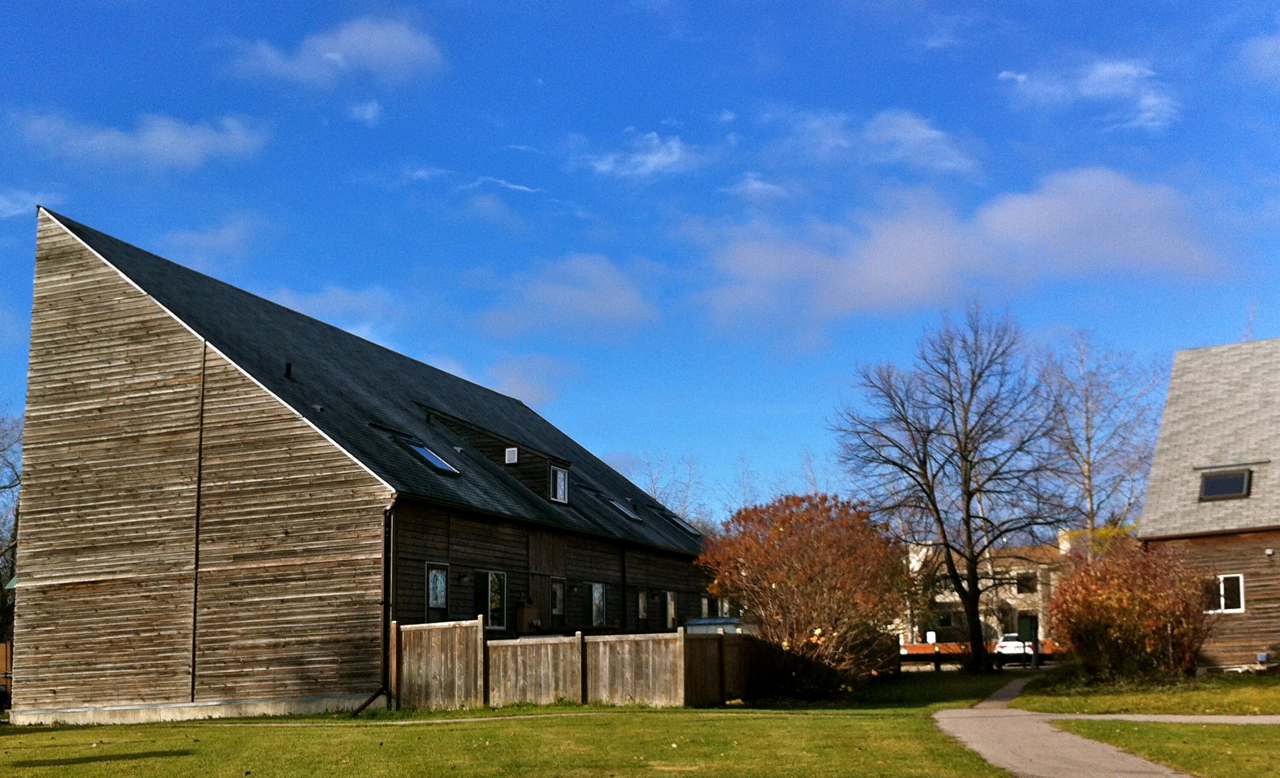 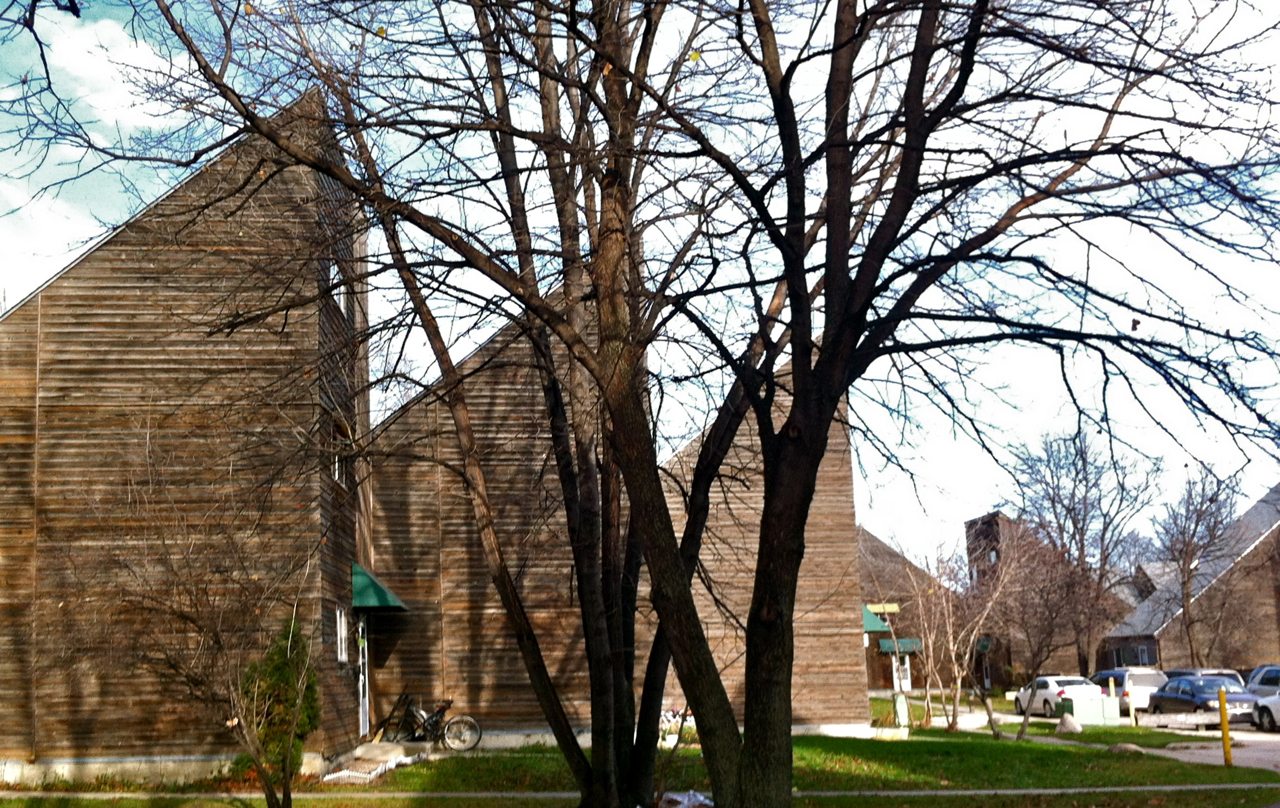 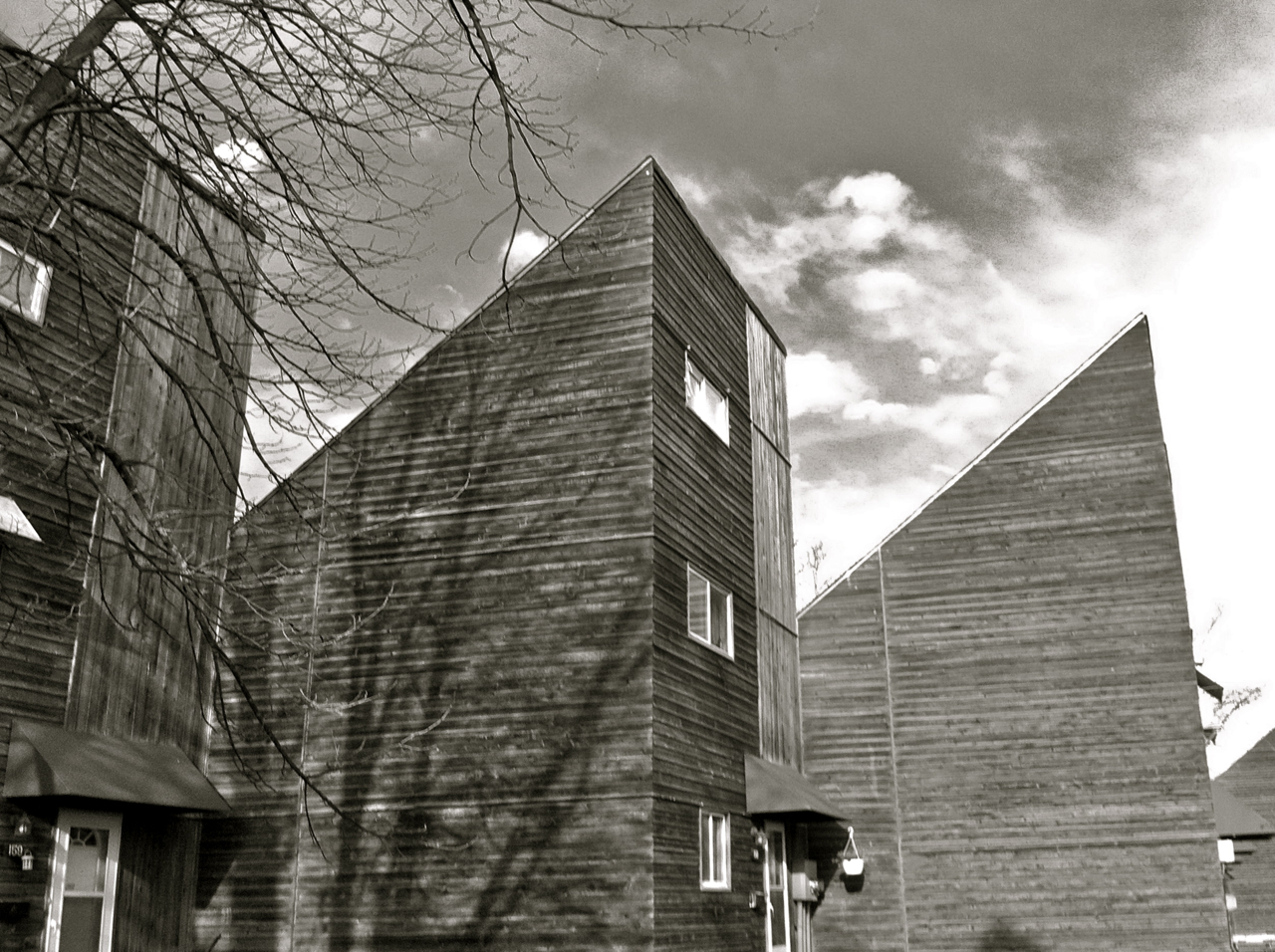 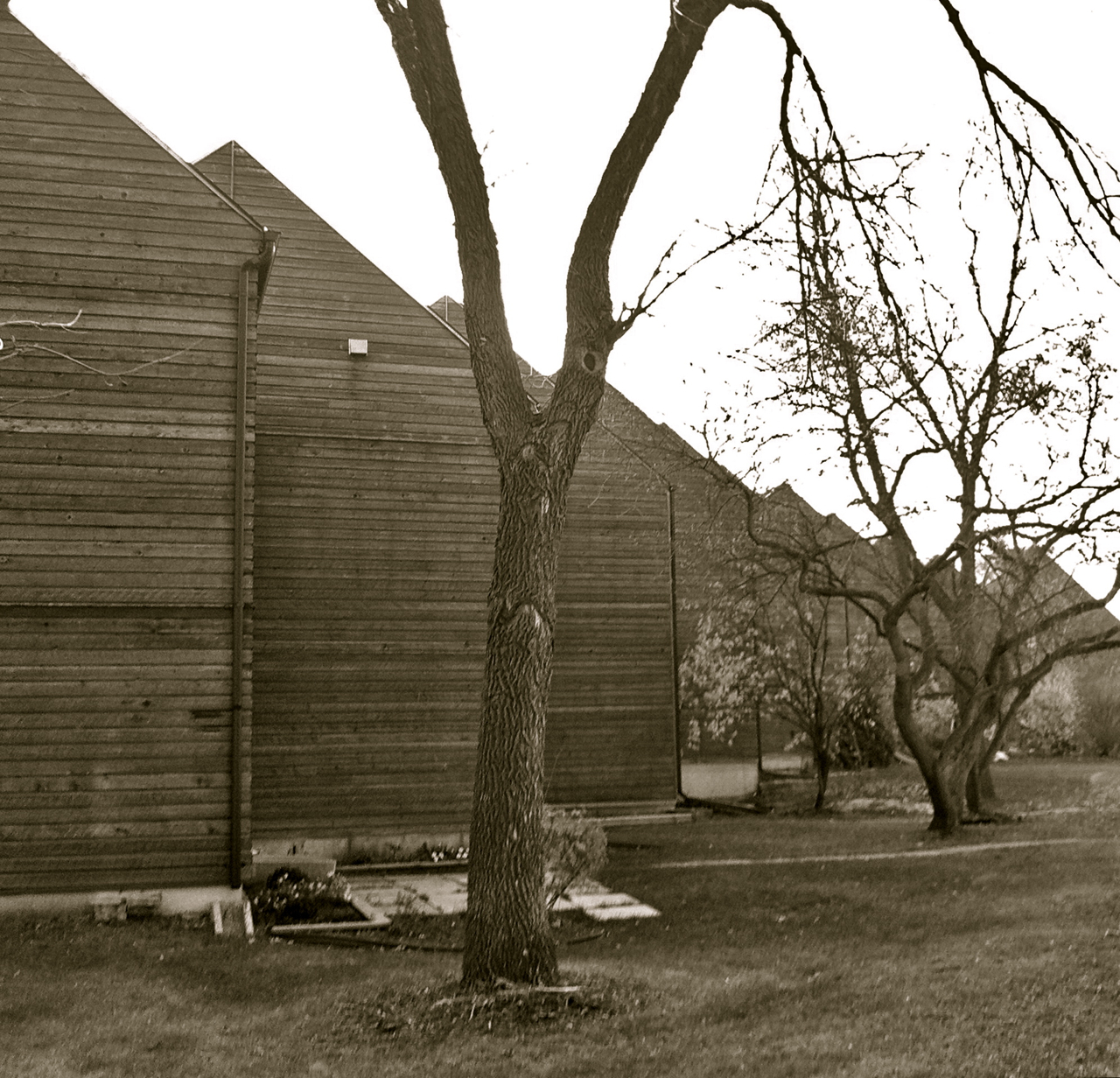 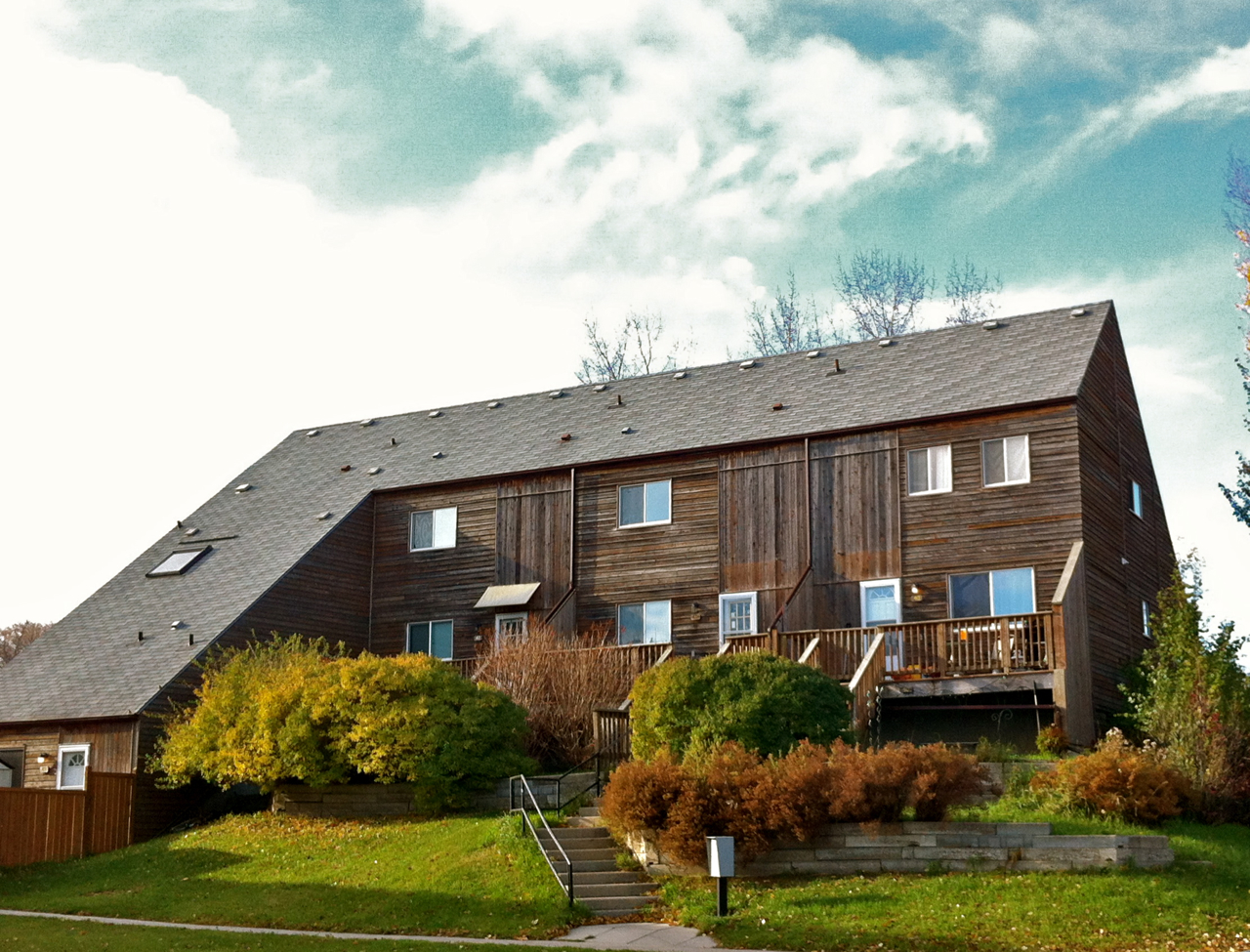 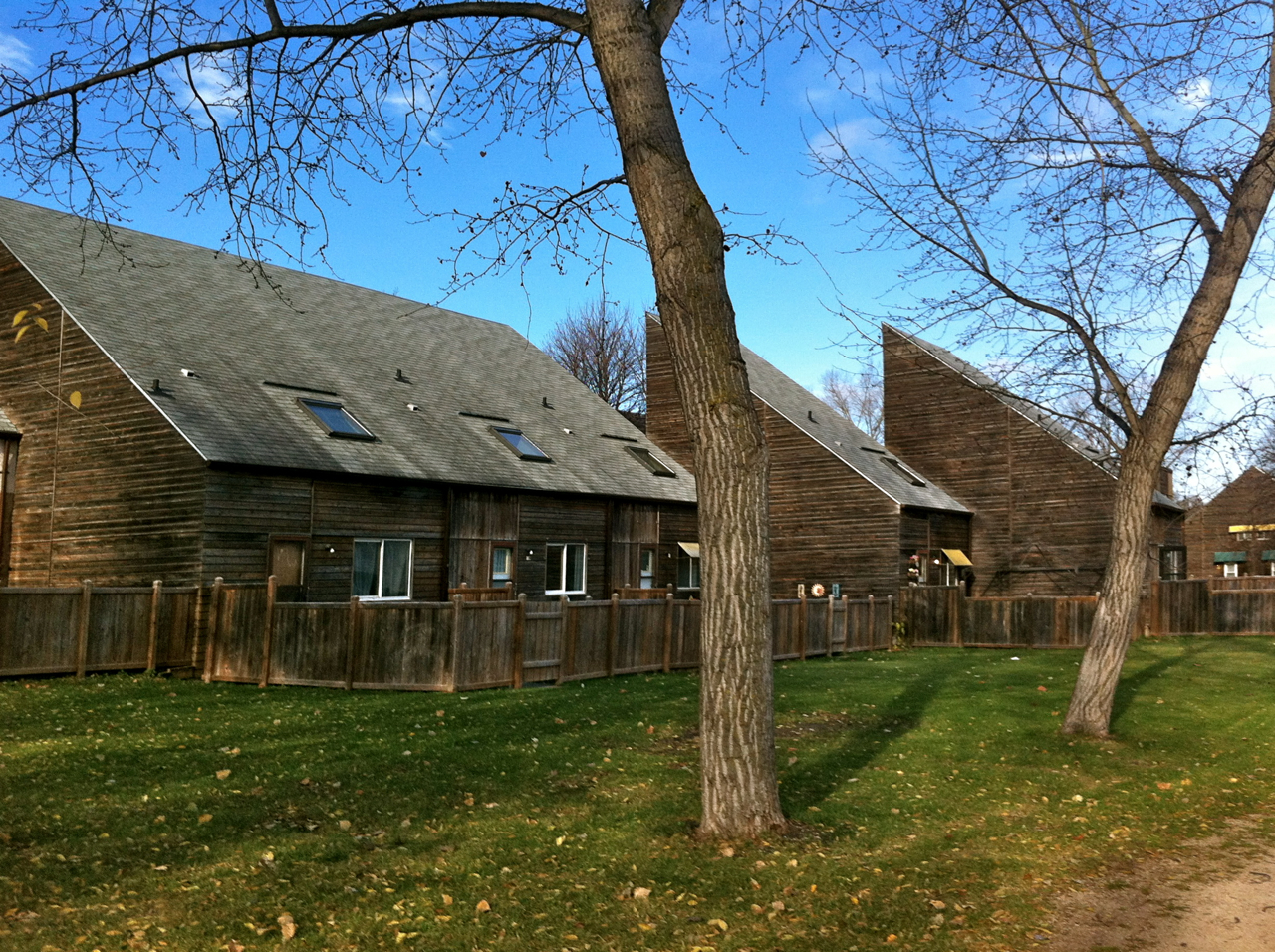 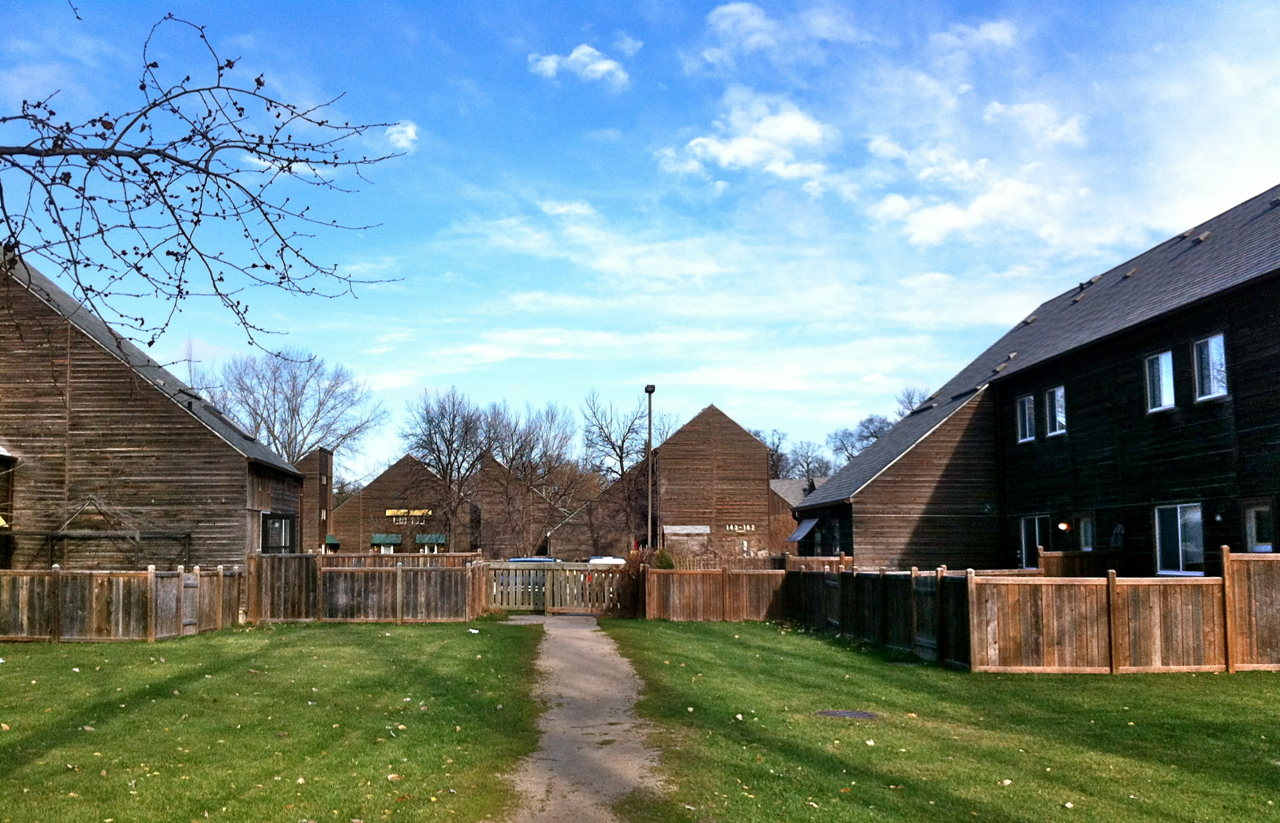 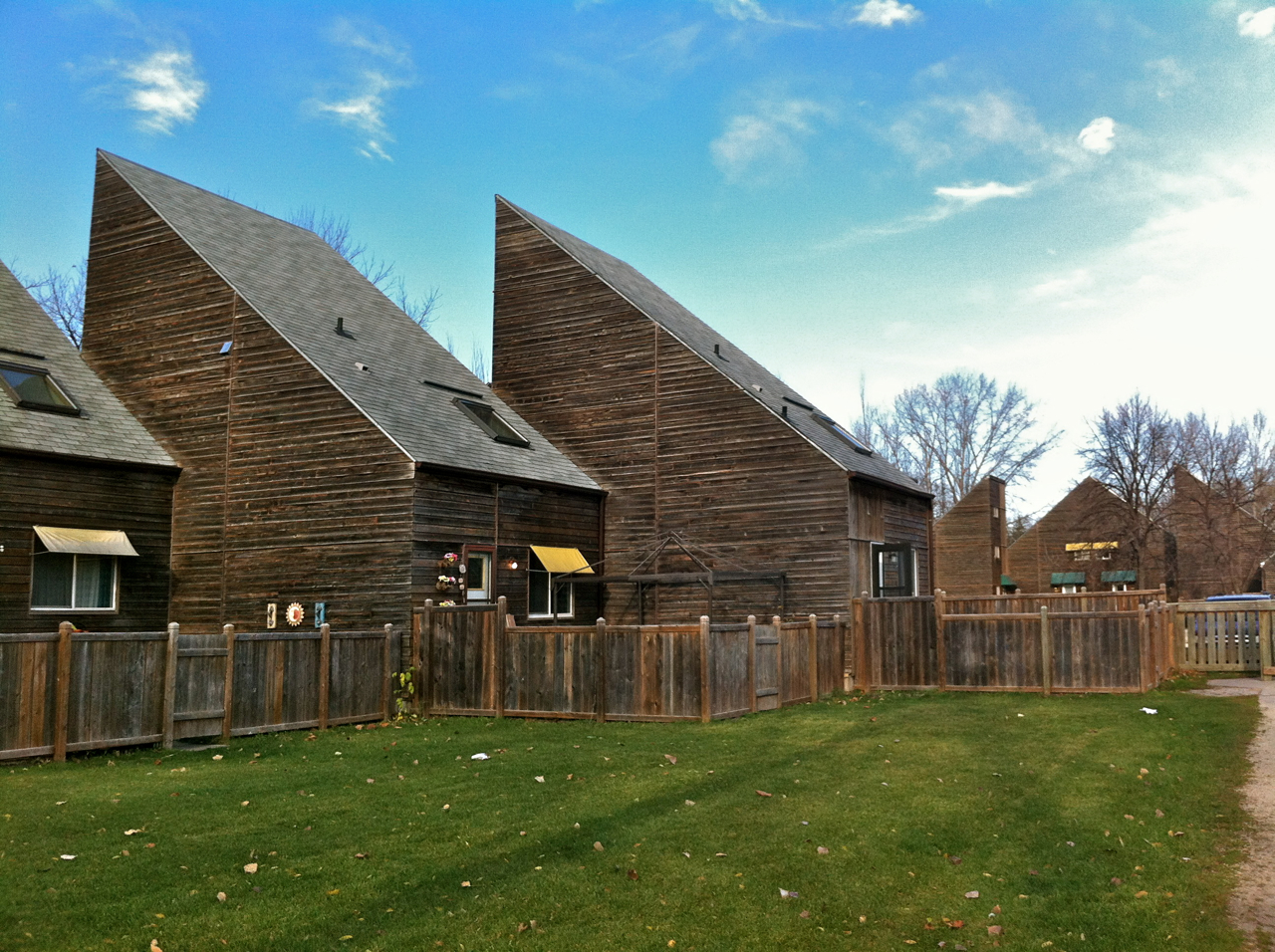 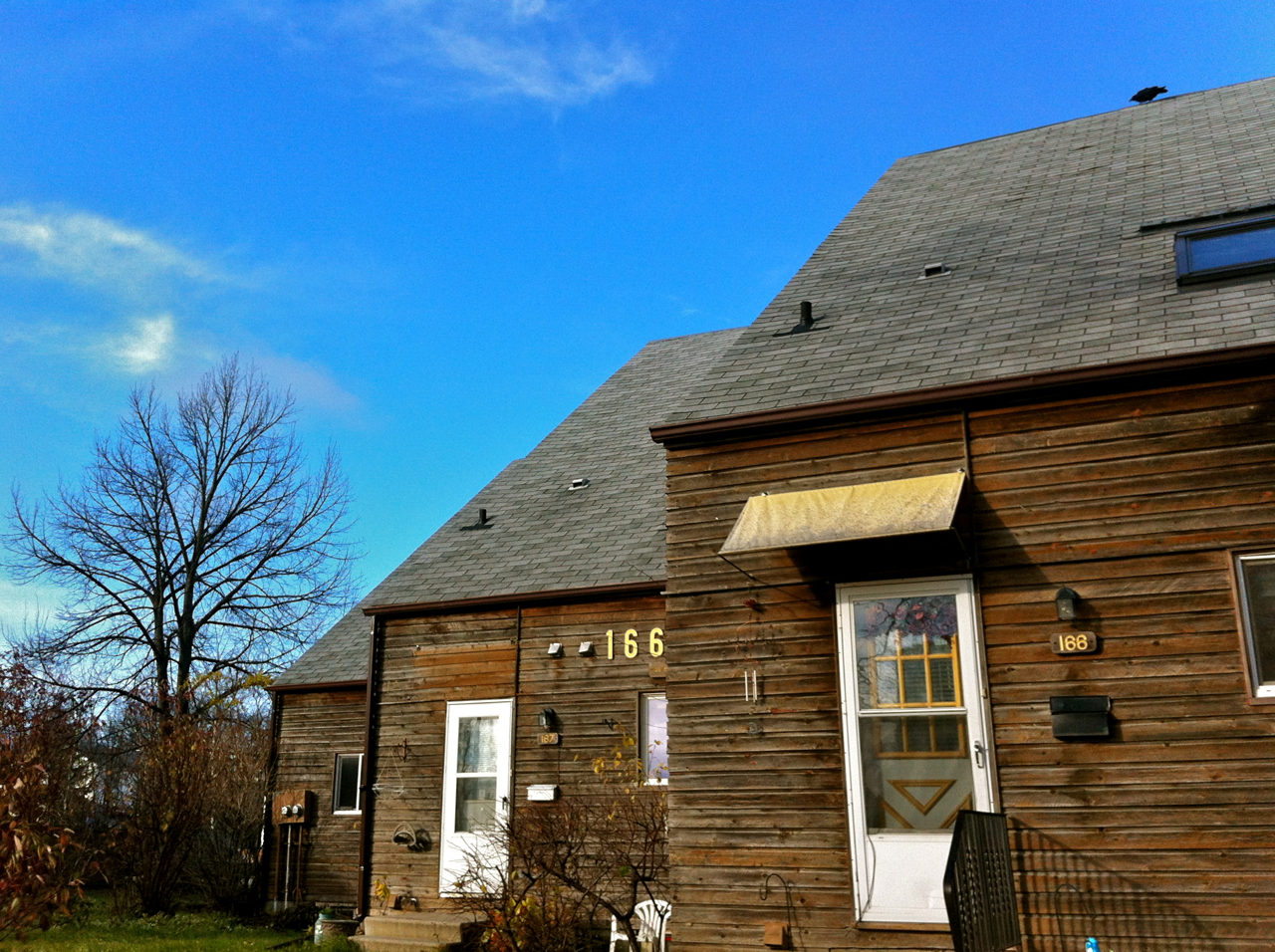 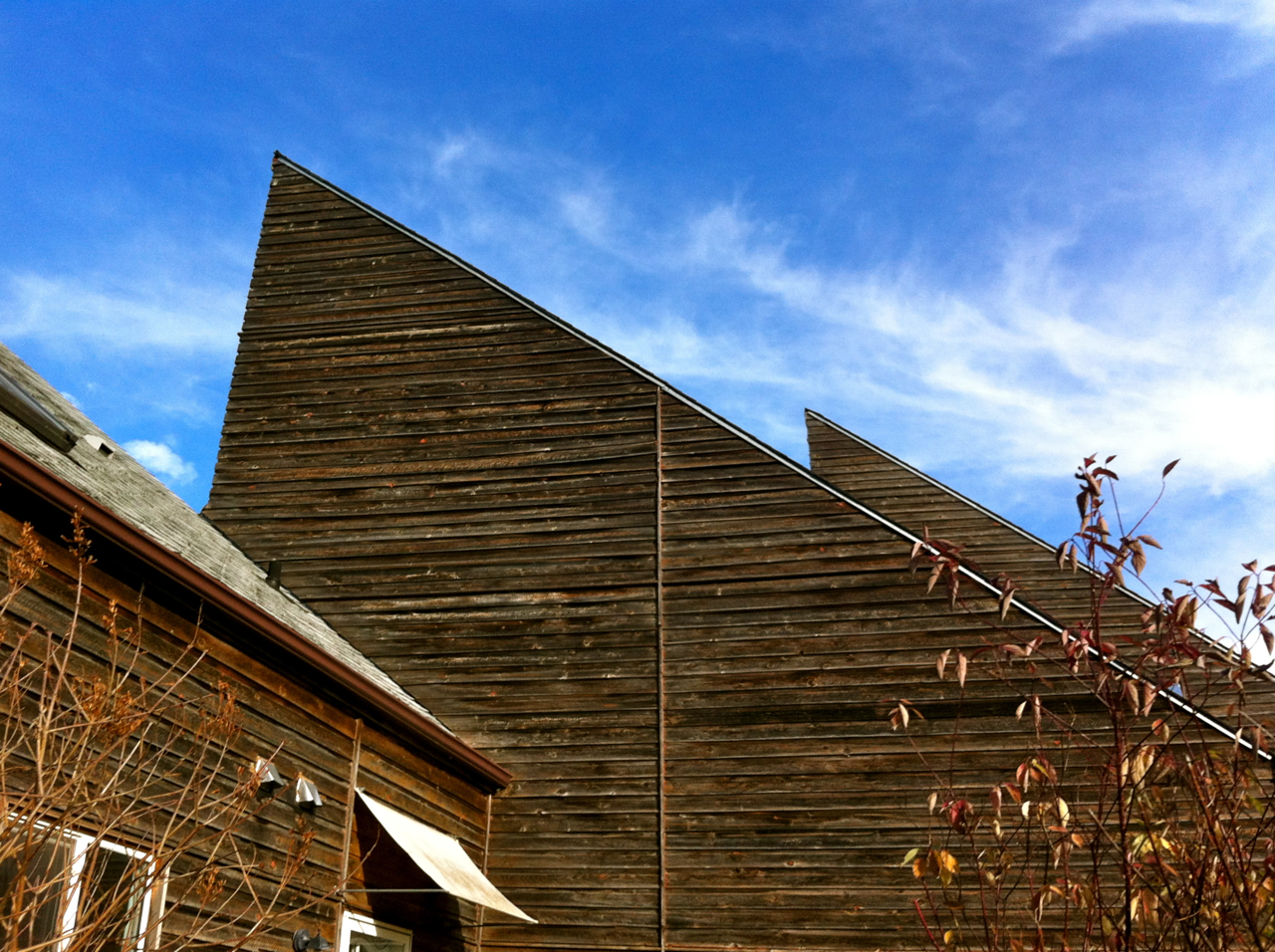 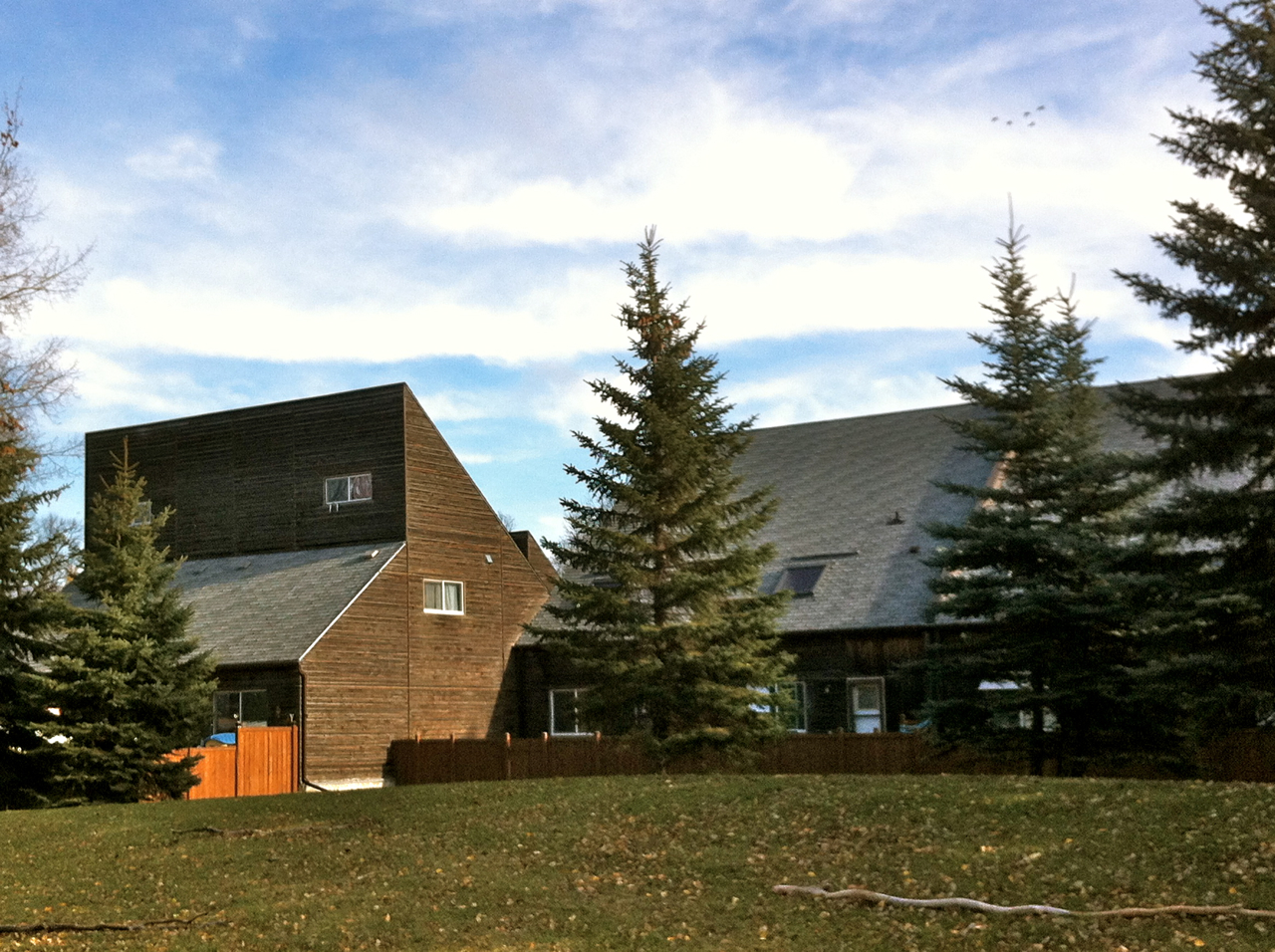 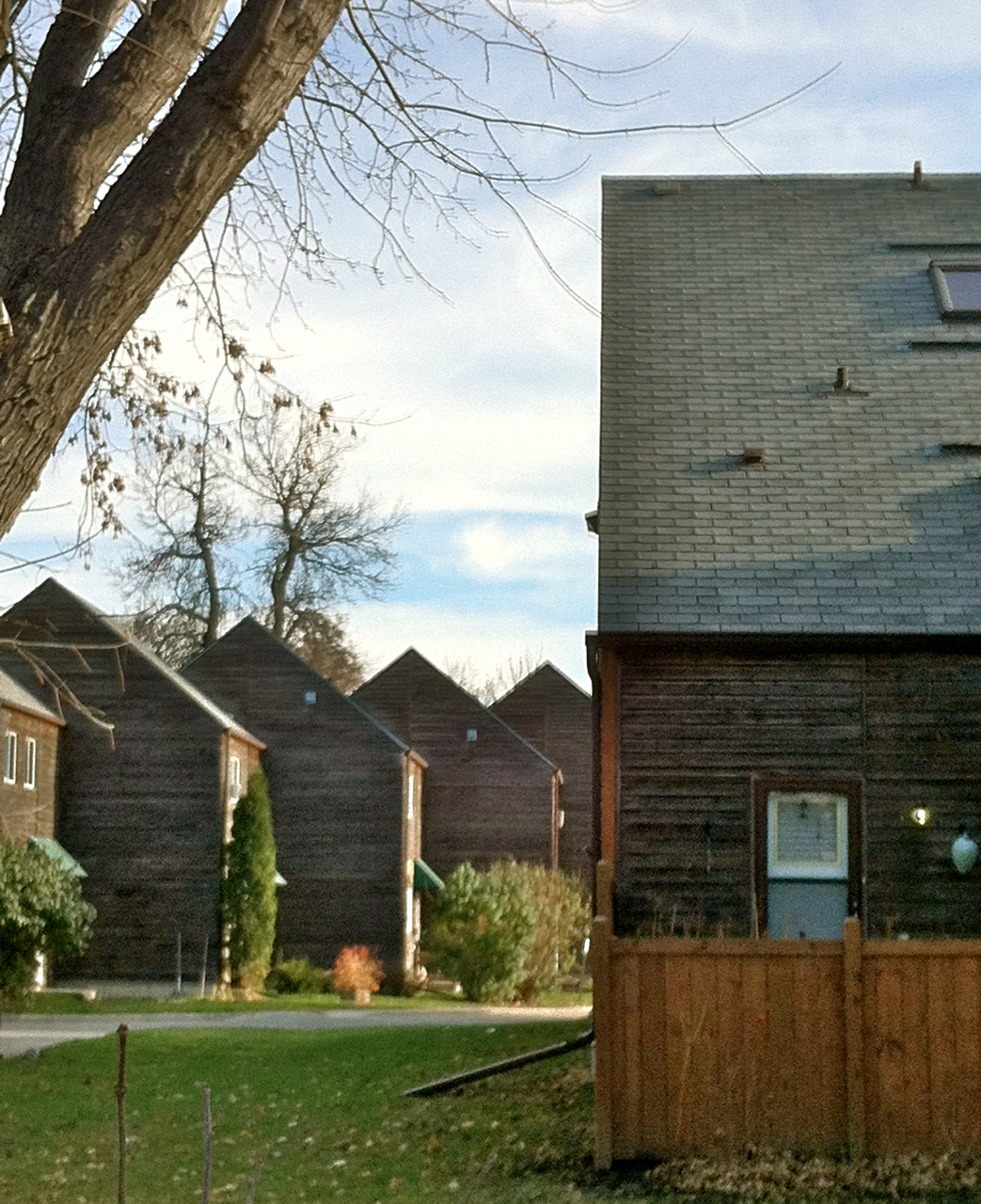 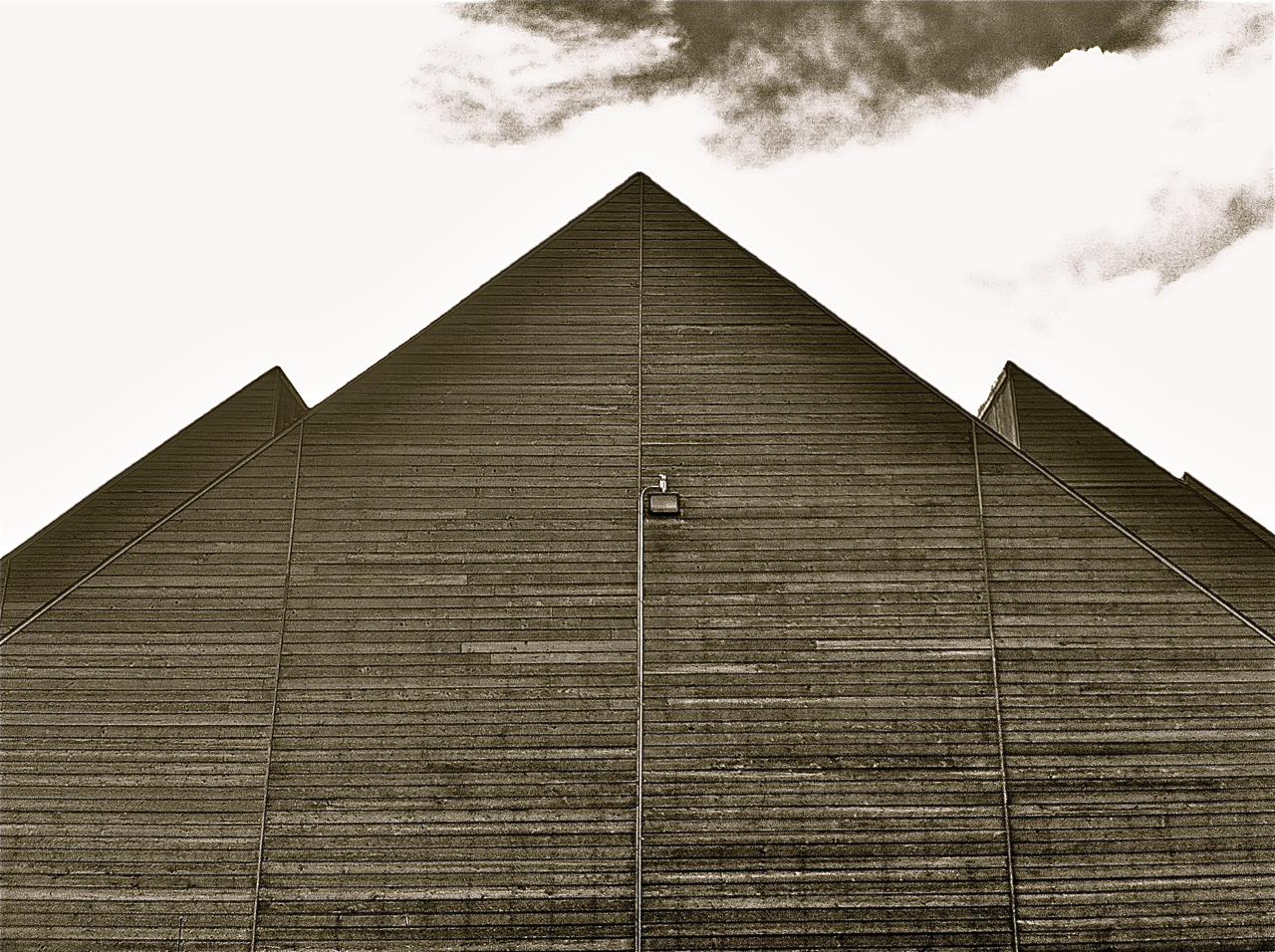 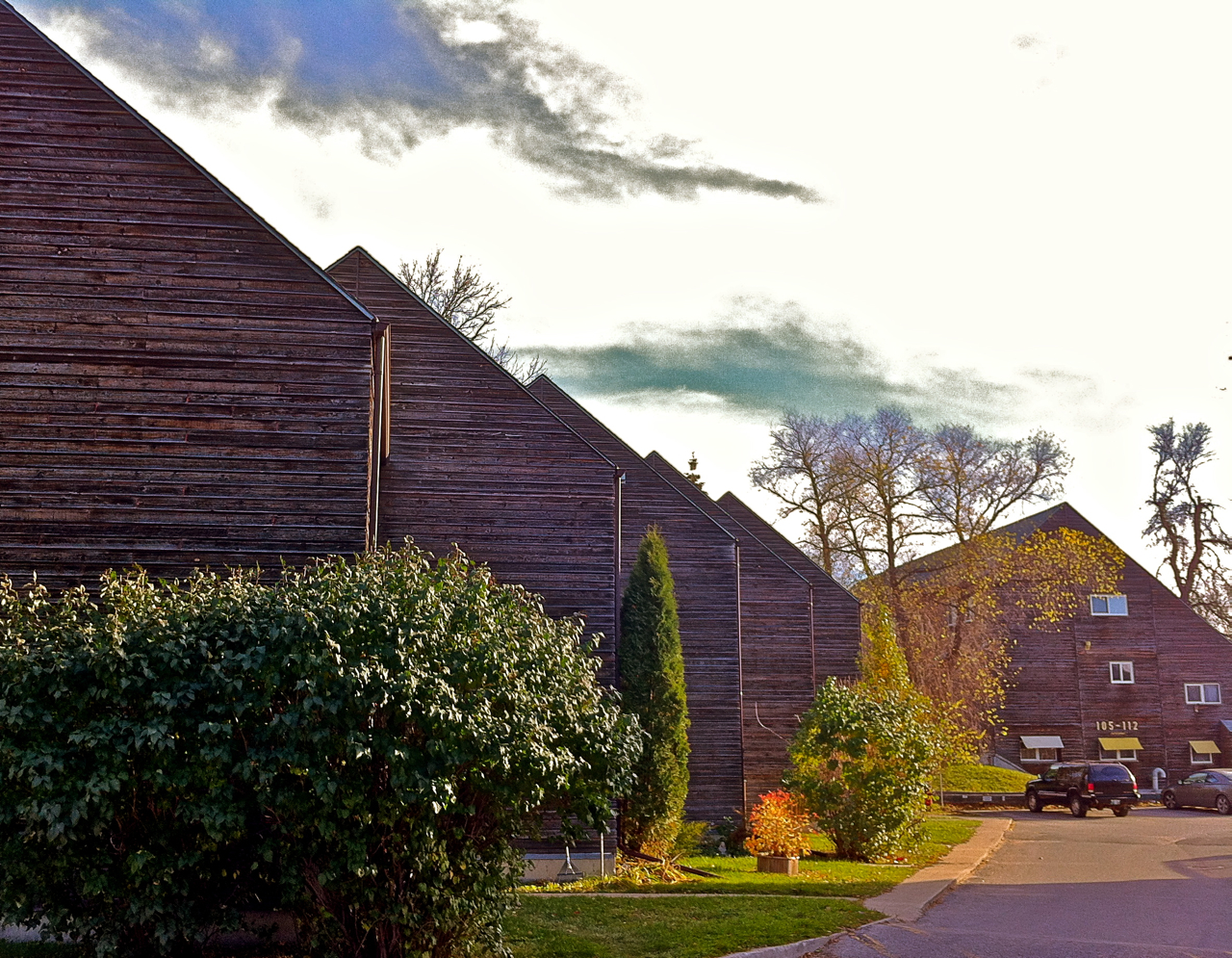 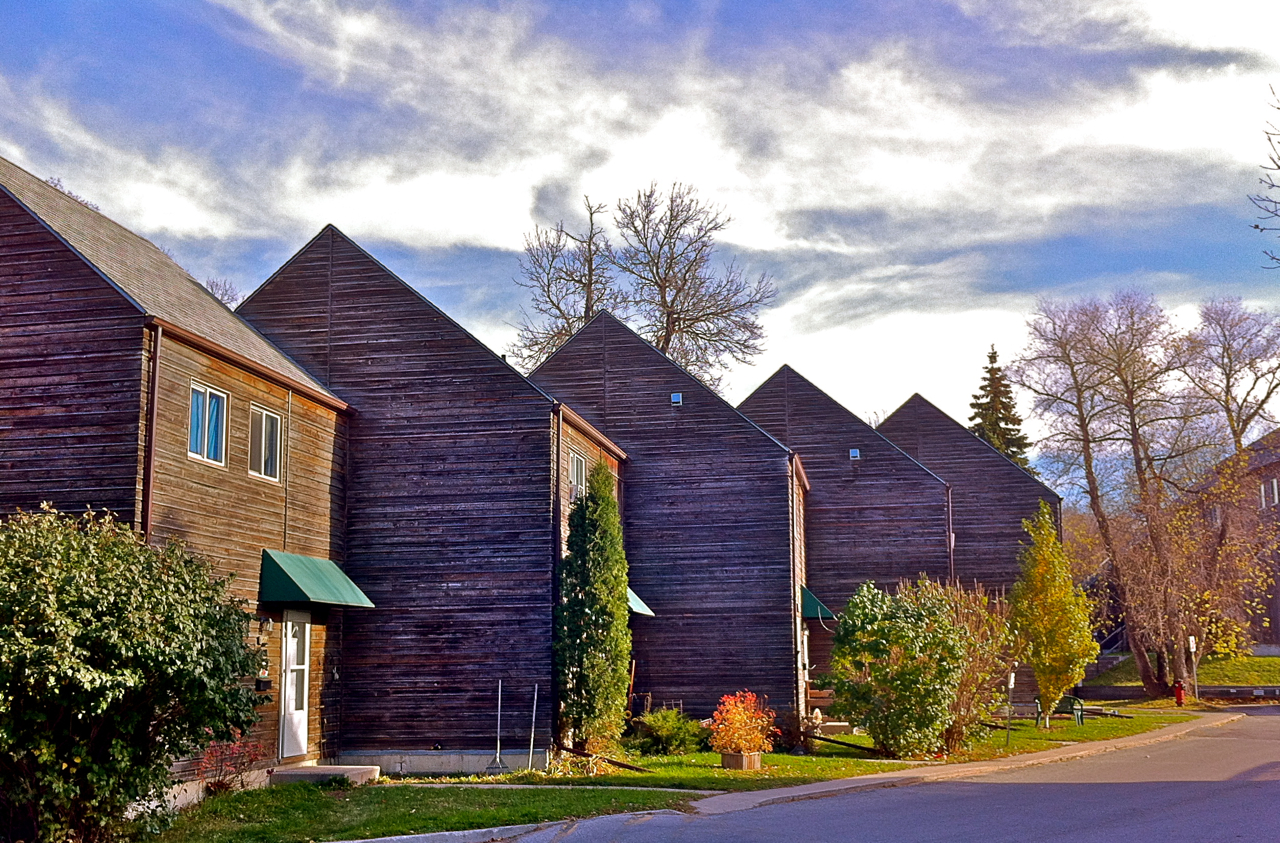 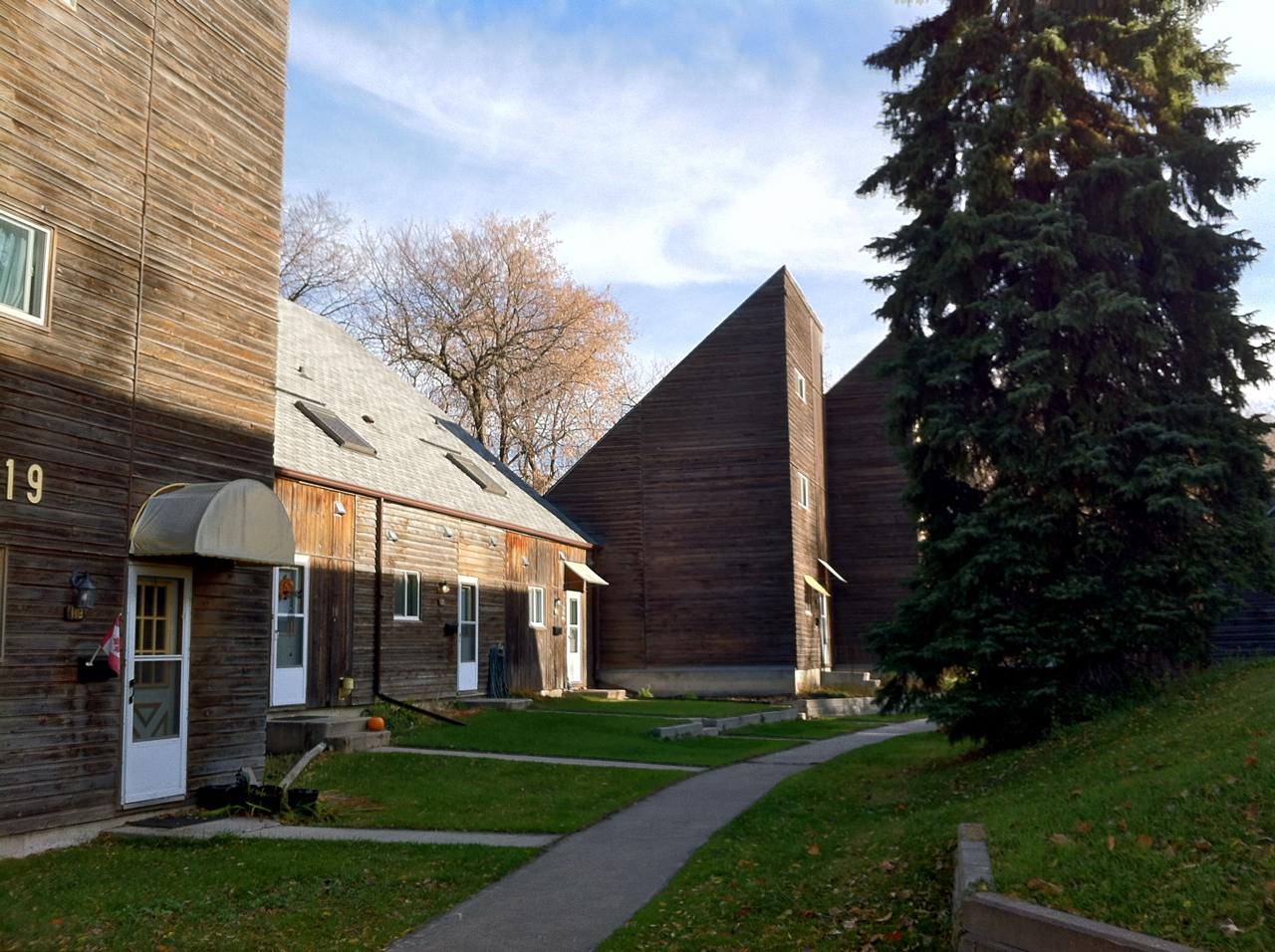 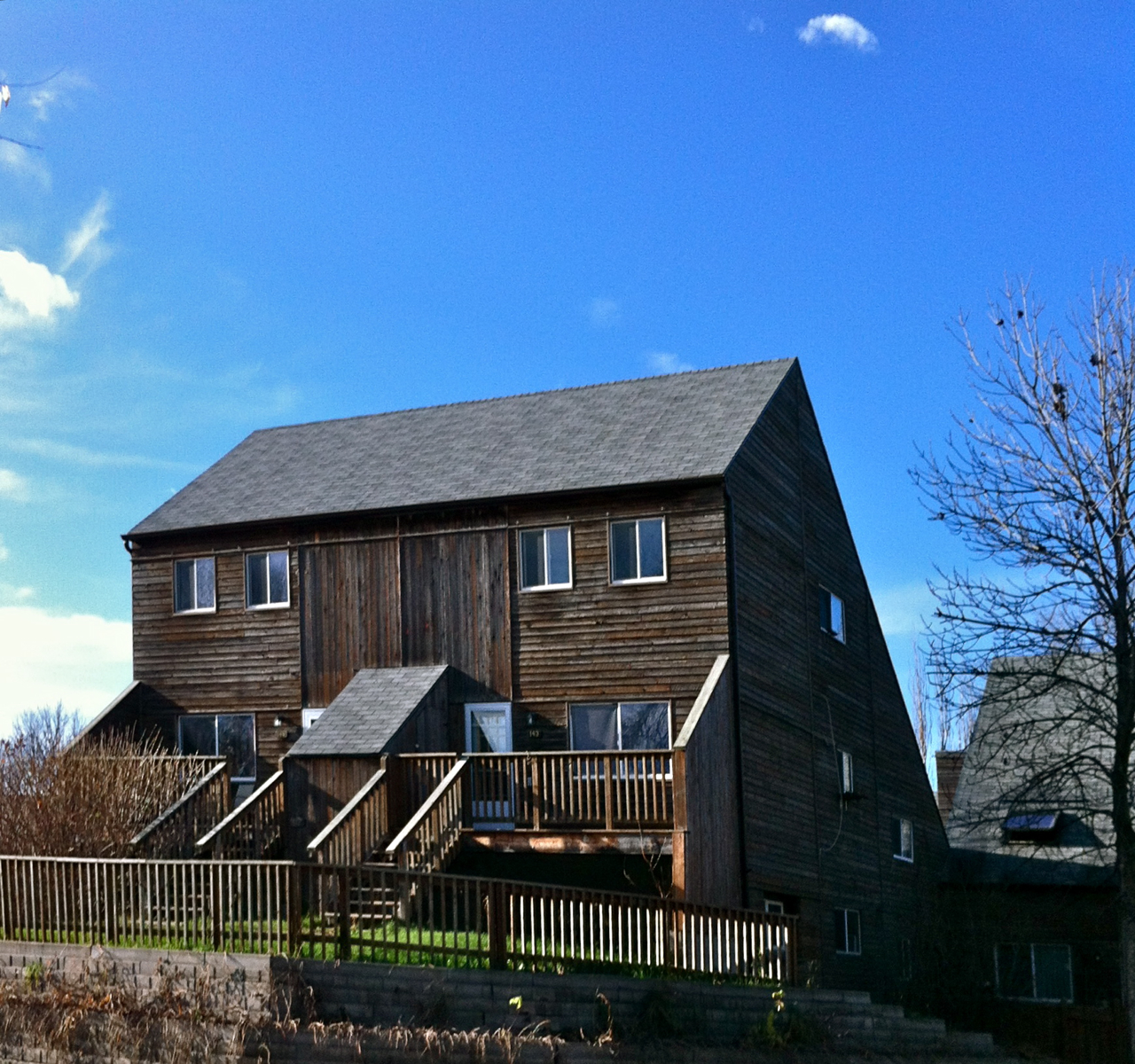 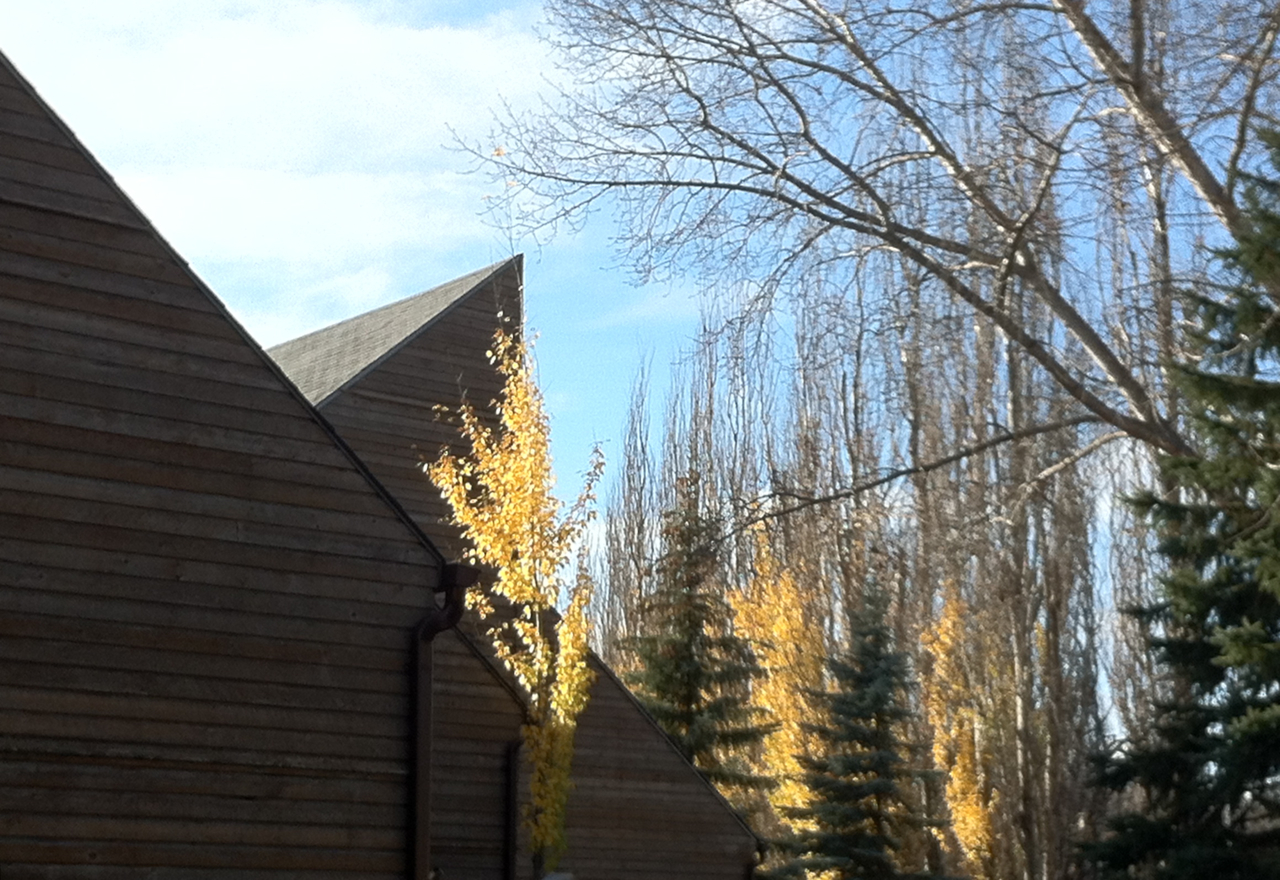 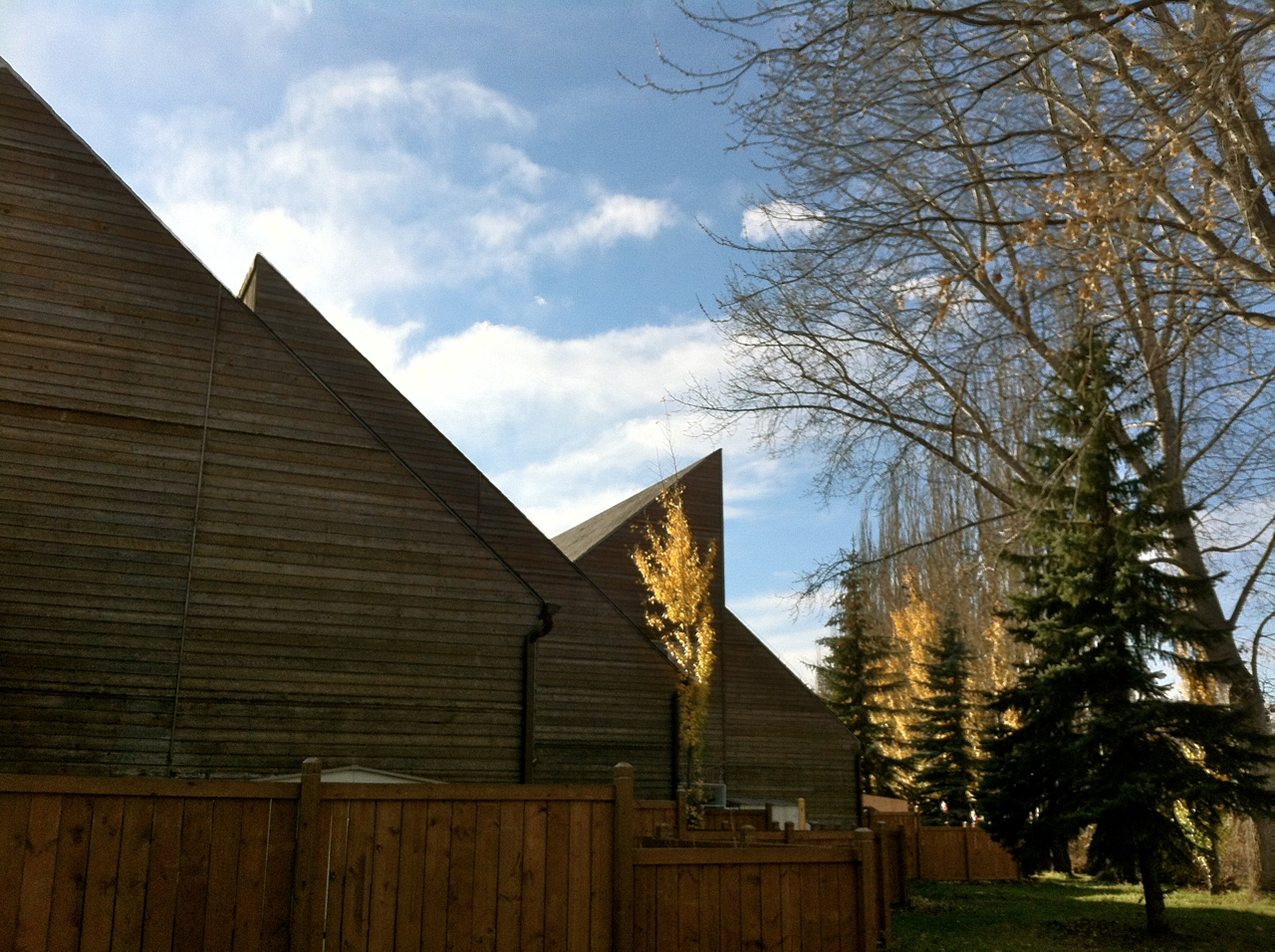 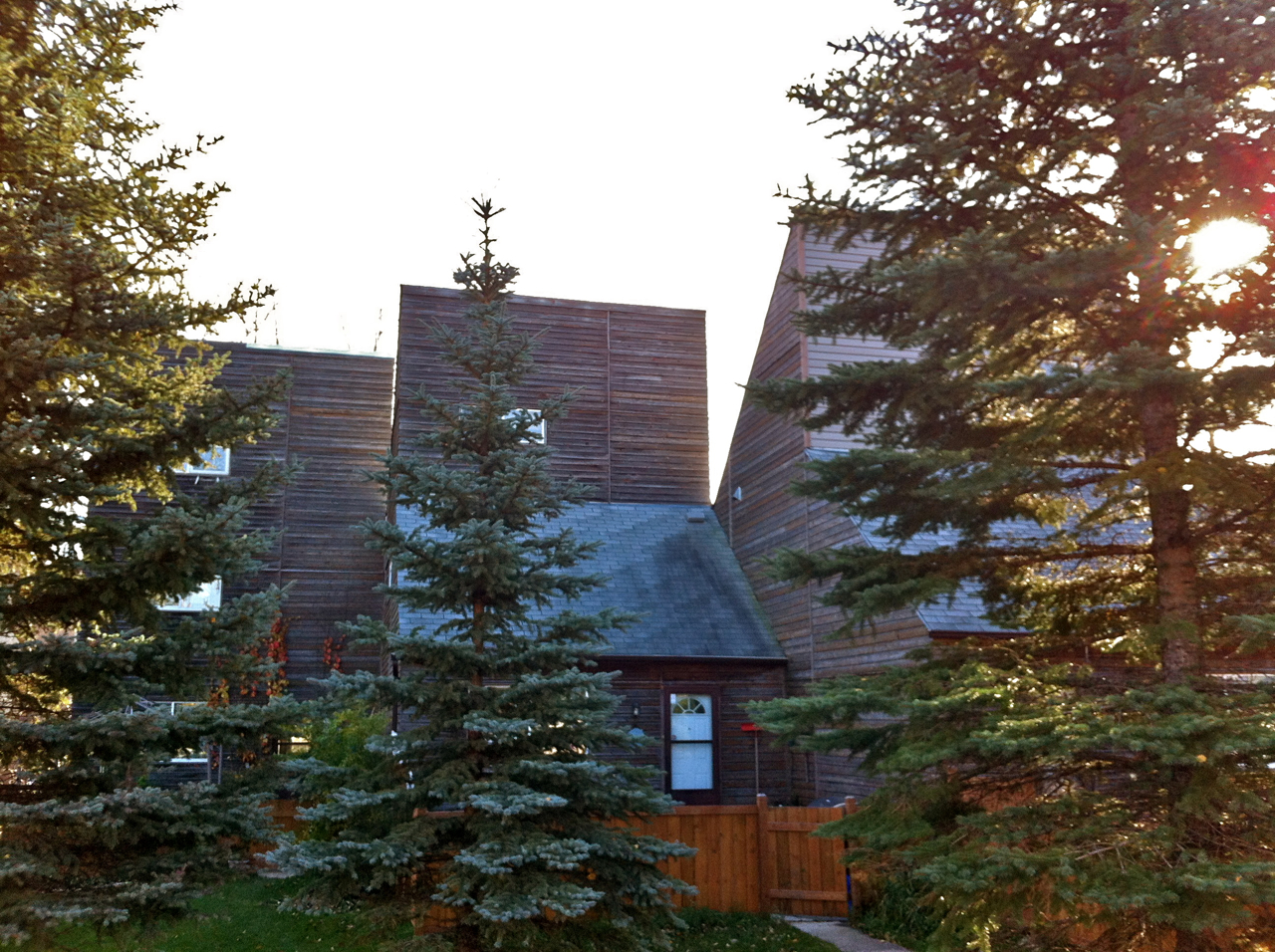 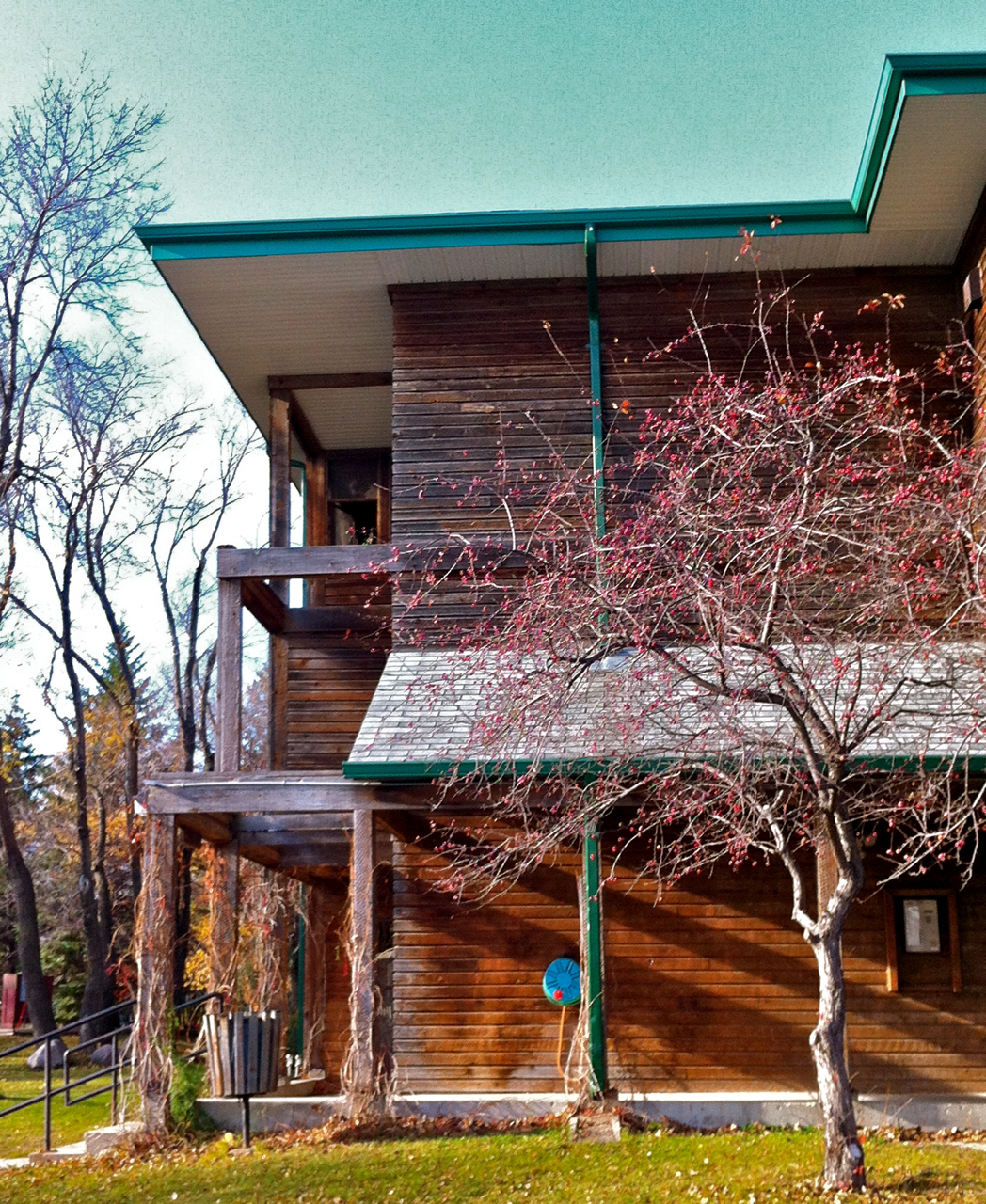 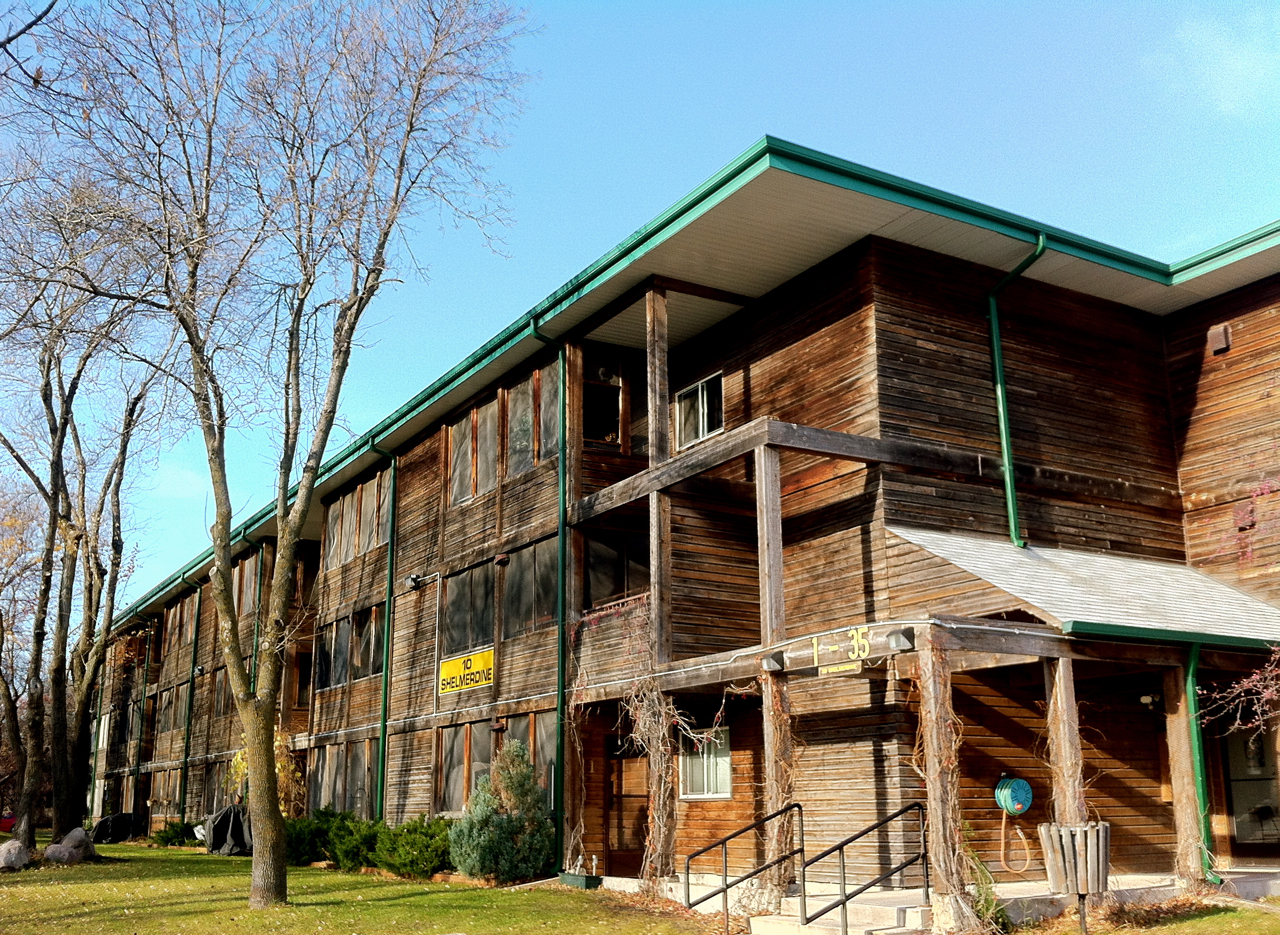 Westboine Co-operative Housing is a large multi-tenant project set on a large, seven-hectare site abutting the banks of the Assiniboine River. Architecturally, the project is somewhat unique among the oeuvre of its designer, IKOY, who is otherwise known for a high-tech aesthetic. At Westboine – begun in 1973, early in the firm's history – a more rustic feel predominates. The complex is comprised of over 20 clusters of multilevel town homes, arranged in staggered lines. There are 185 individual units. These buildings feature unpainted wood cladding, with sharply pitched roofs creating a further dynamic effect. Additional aesthetic interest is established through the use of distinctive signage and colourful awnings.

In its design Westboine might be compared to the 1960s and early 1970s buildings of Sea Ranch, California. That project, conceived by architect and planner Al Boeke, is an environmentally mindful community arrayed upon 2,100 hectares on the Pacific coast. It was given a similarly rustic modern mein employing local and natural materials, simple shapes, no overhangs and attention to site by its architects Donlyn Lyndon, Charles Moore, Gerald Allen, Joseph Esherick, William Turnbull, Richard Whitaker and landscape architect Lawrence Halprin. IKOY’s Westboine work echoes much of this approach on a semi-urban, semi-pastoral wooded prairie suburban site. Here, though, rather than an exclusive resort project, this approach is employed to render humanistic, pleasant and liveable a cooperative housing development. (Housing cooperatives provide not-for-profit housing for their members, controlled by members who have a vote in decisions about their housing, with no outside landlord.)