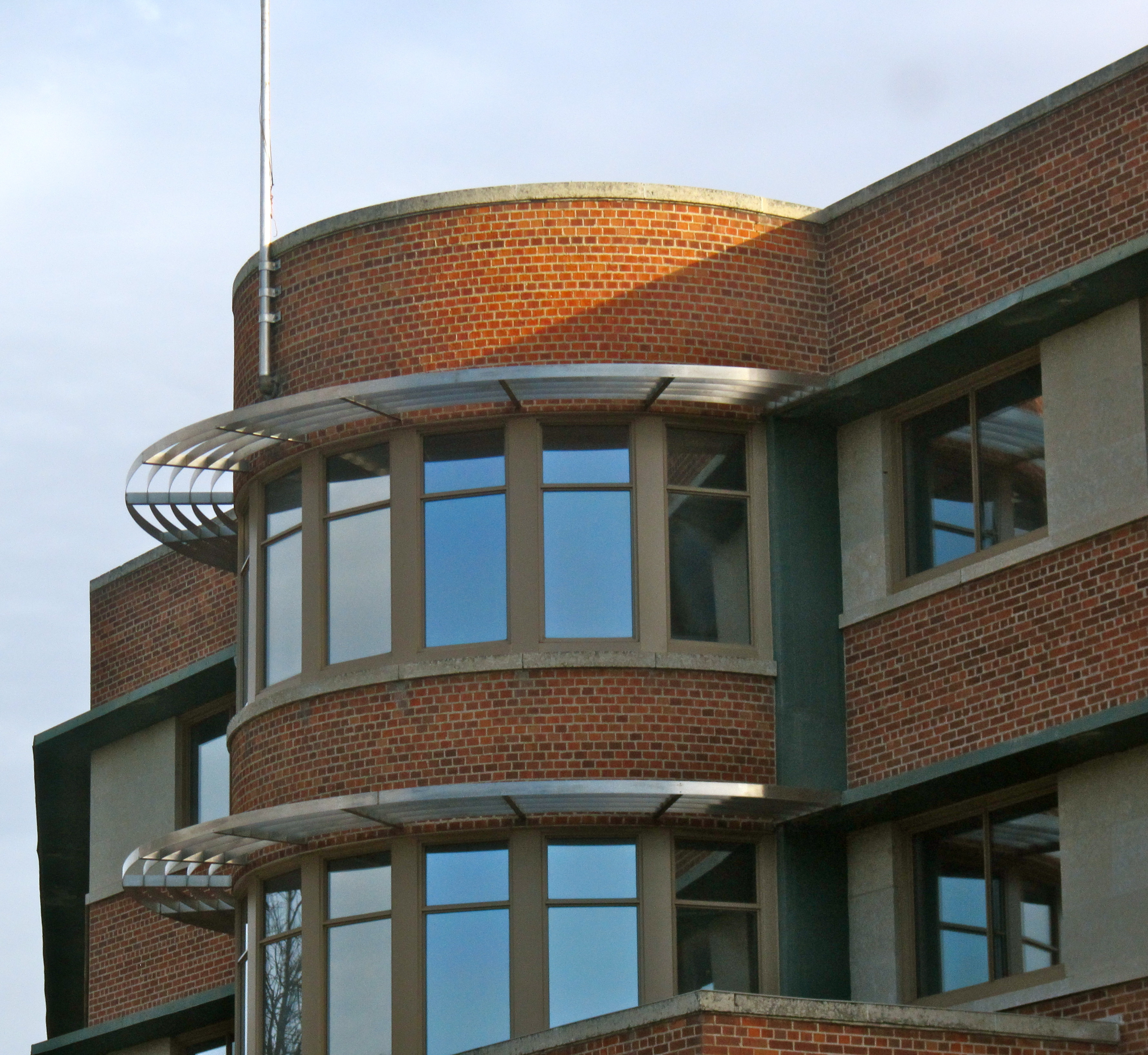 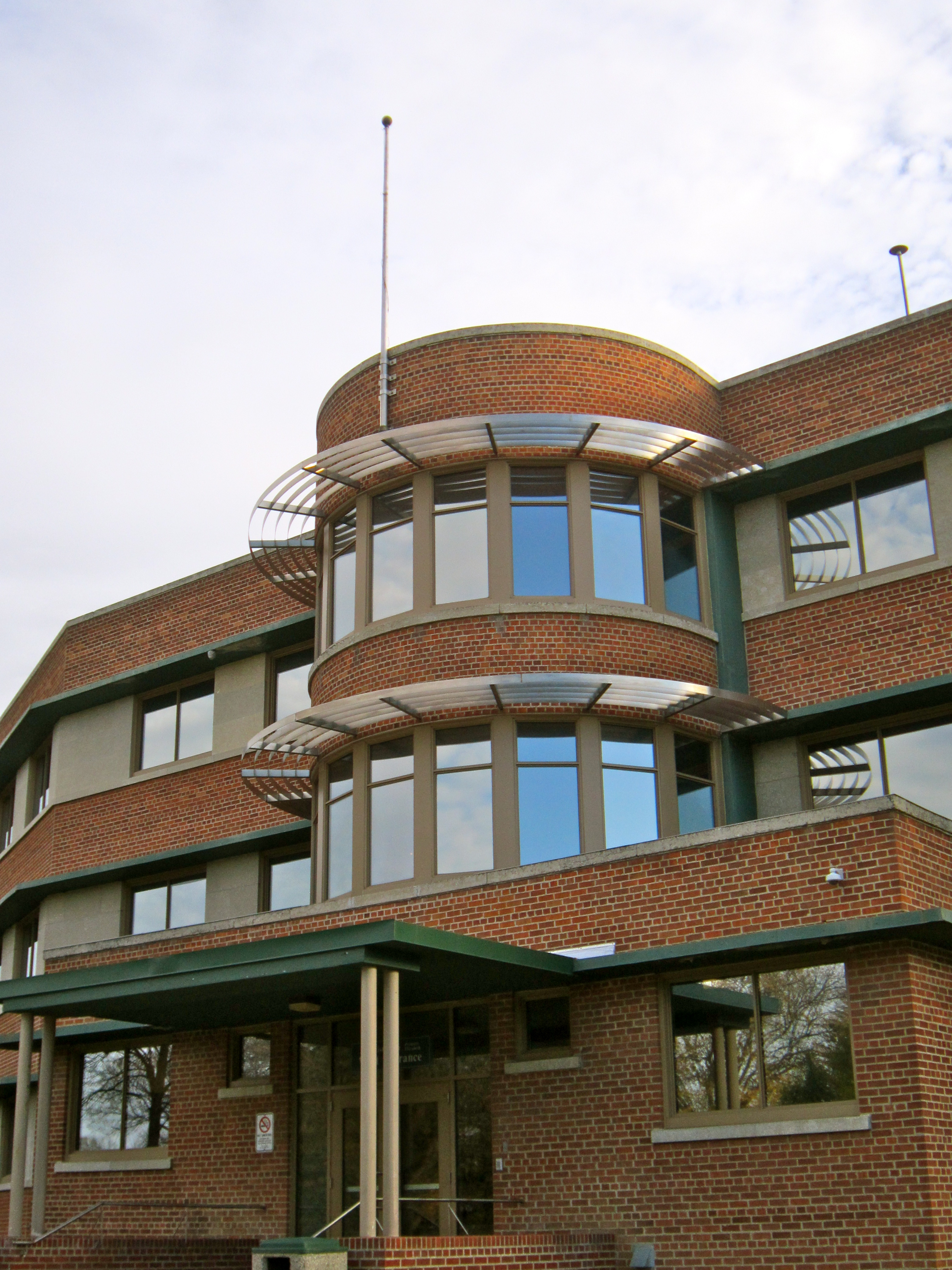 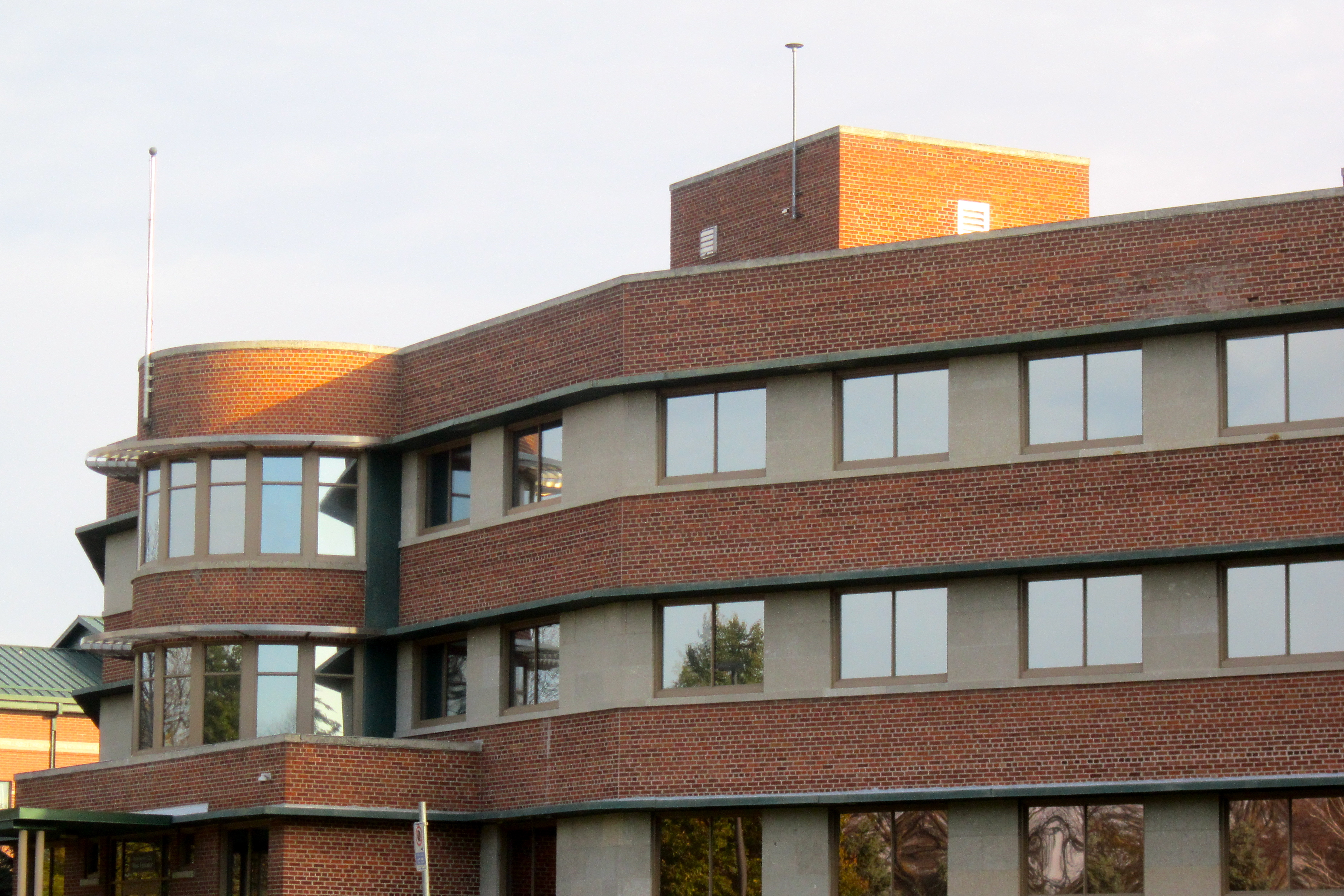 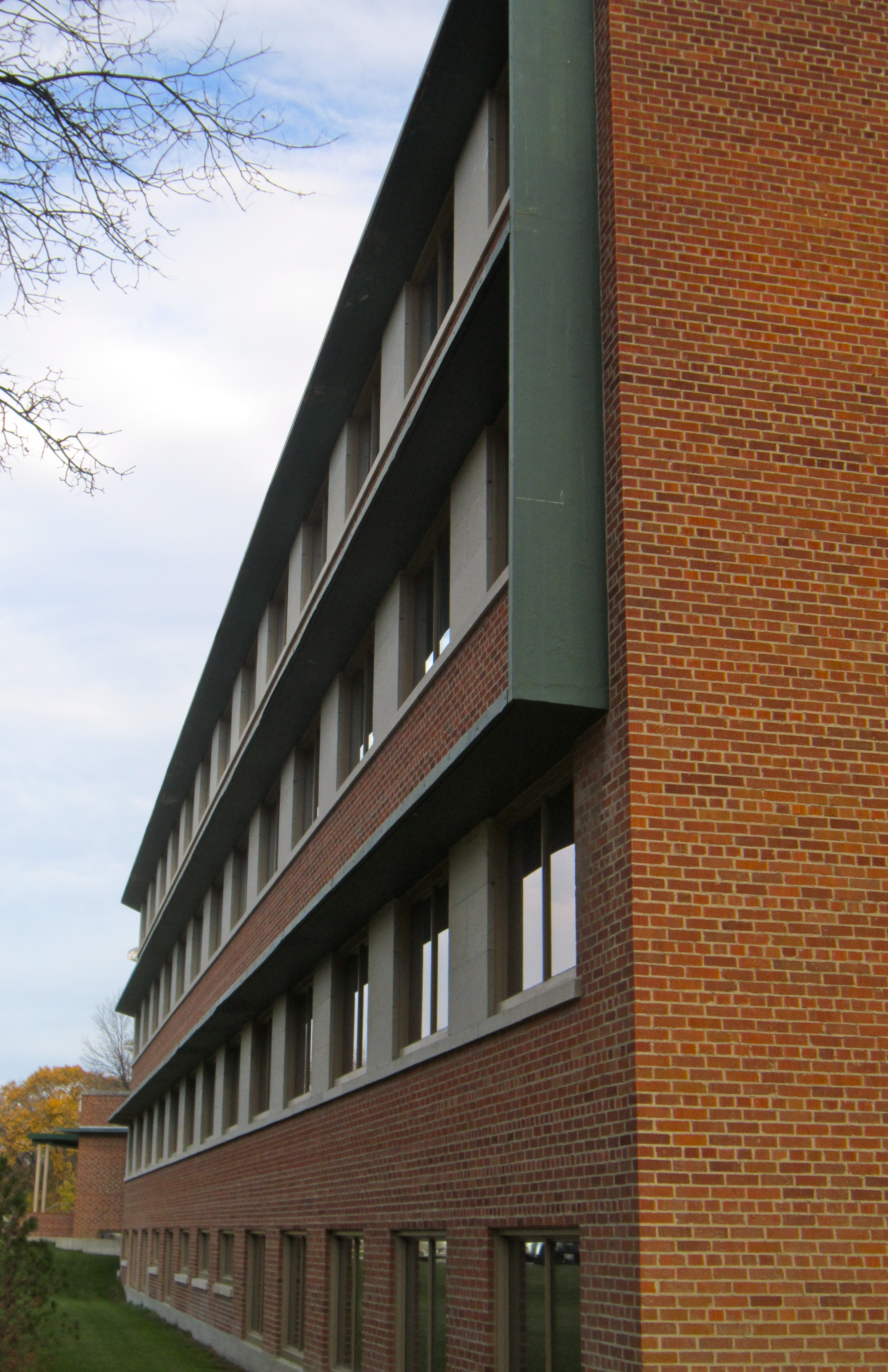 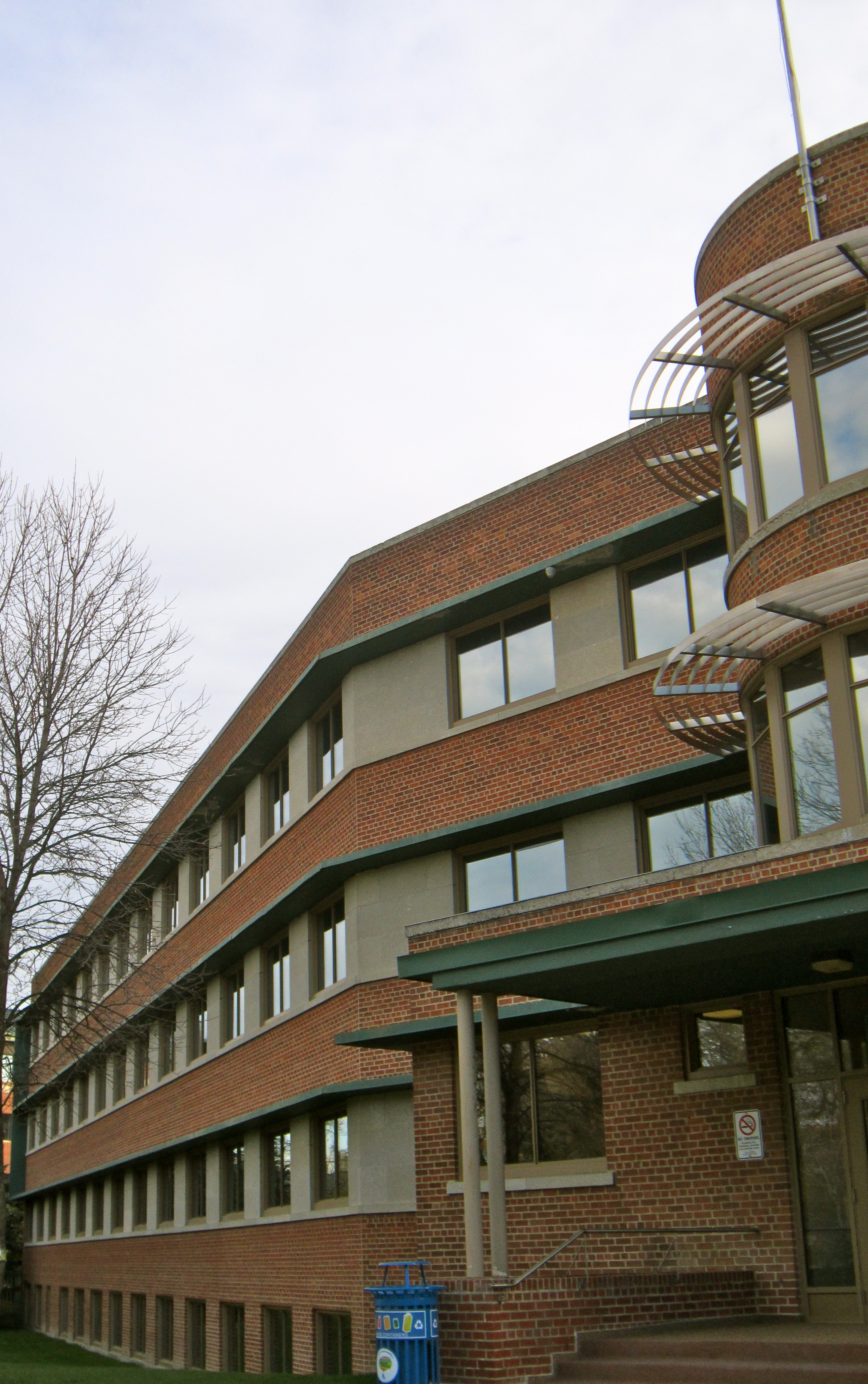 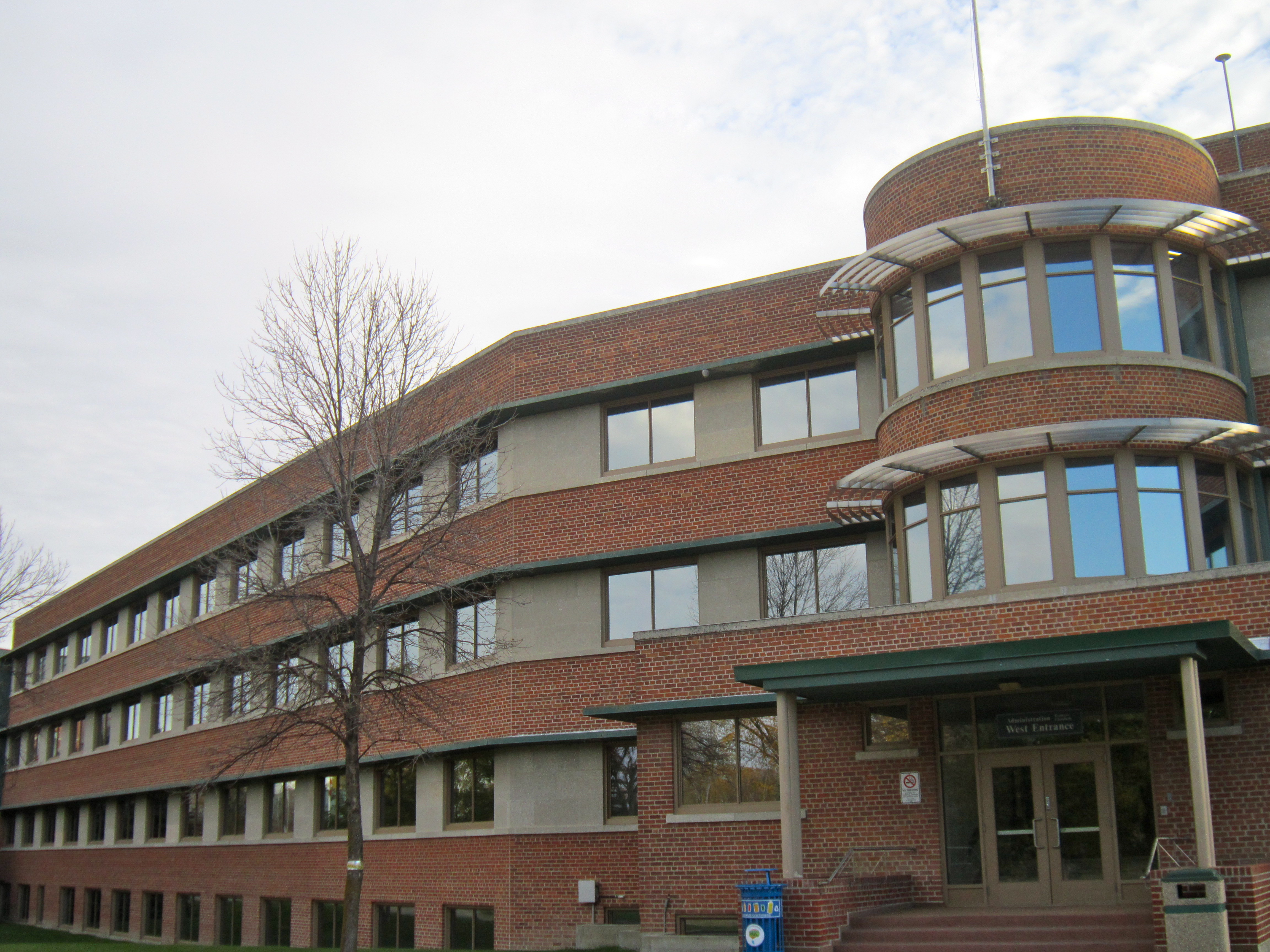 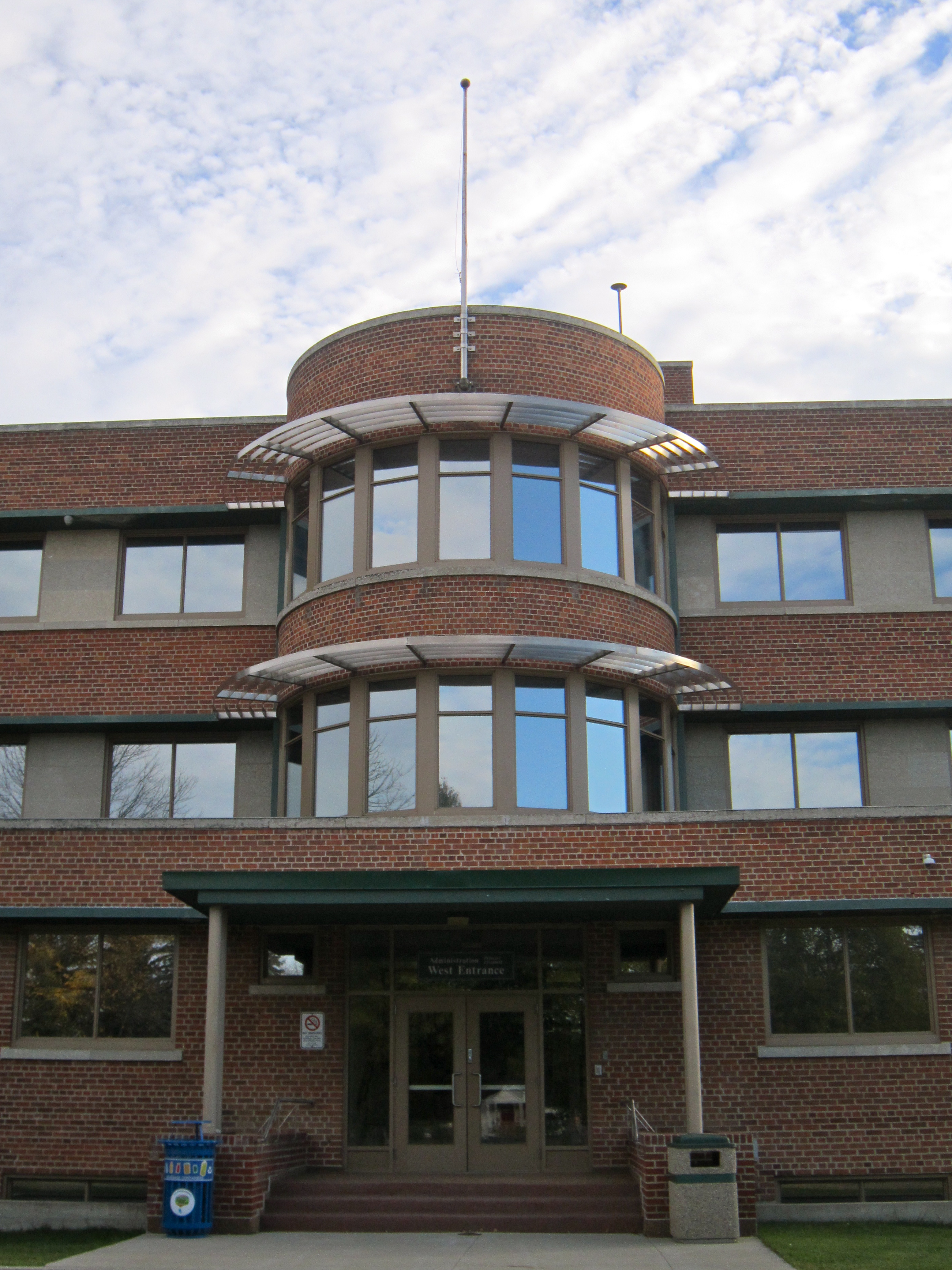 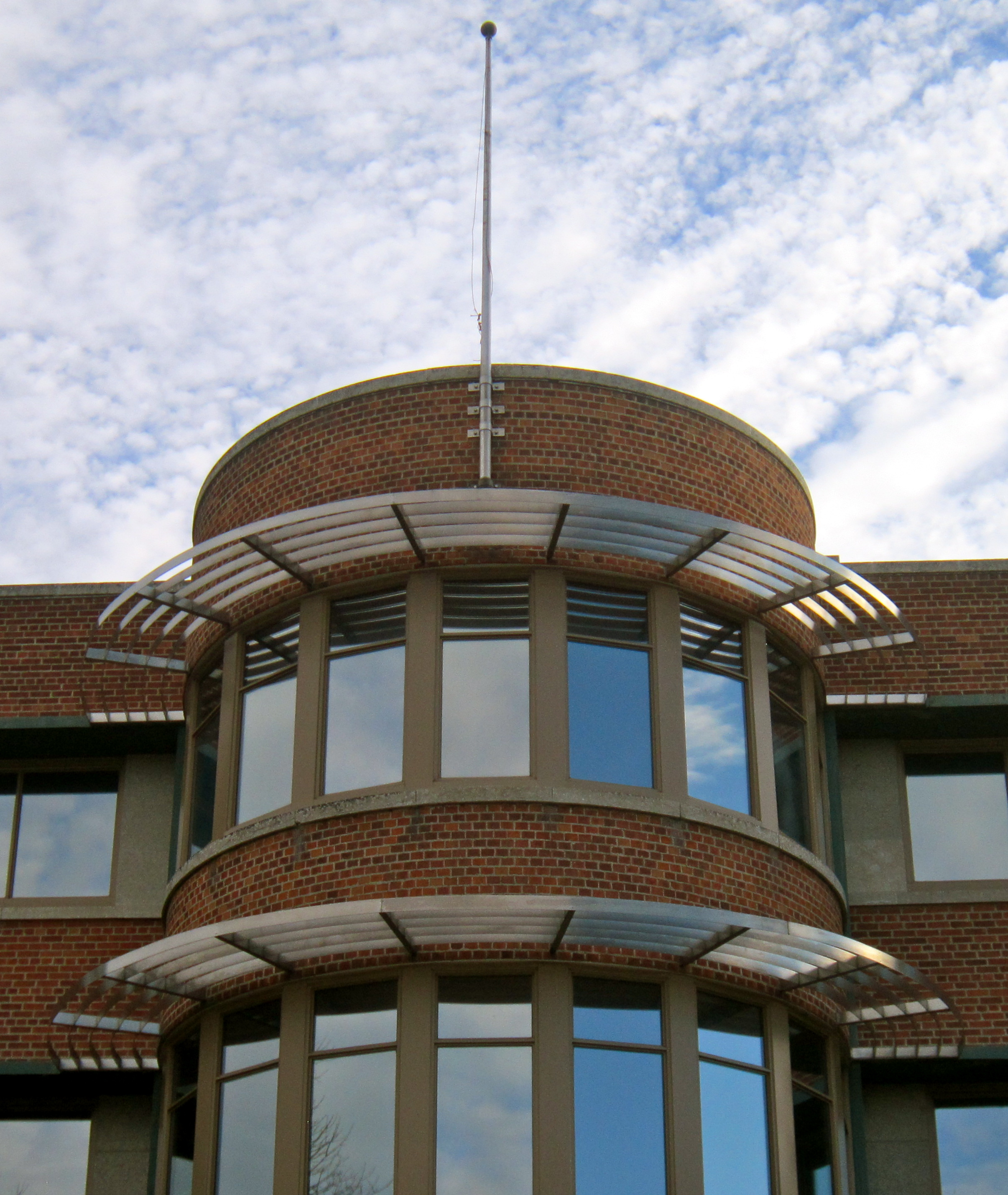 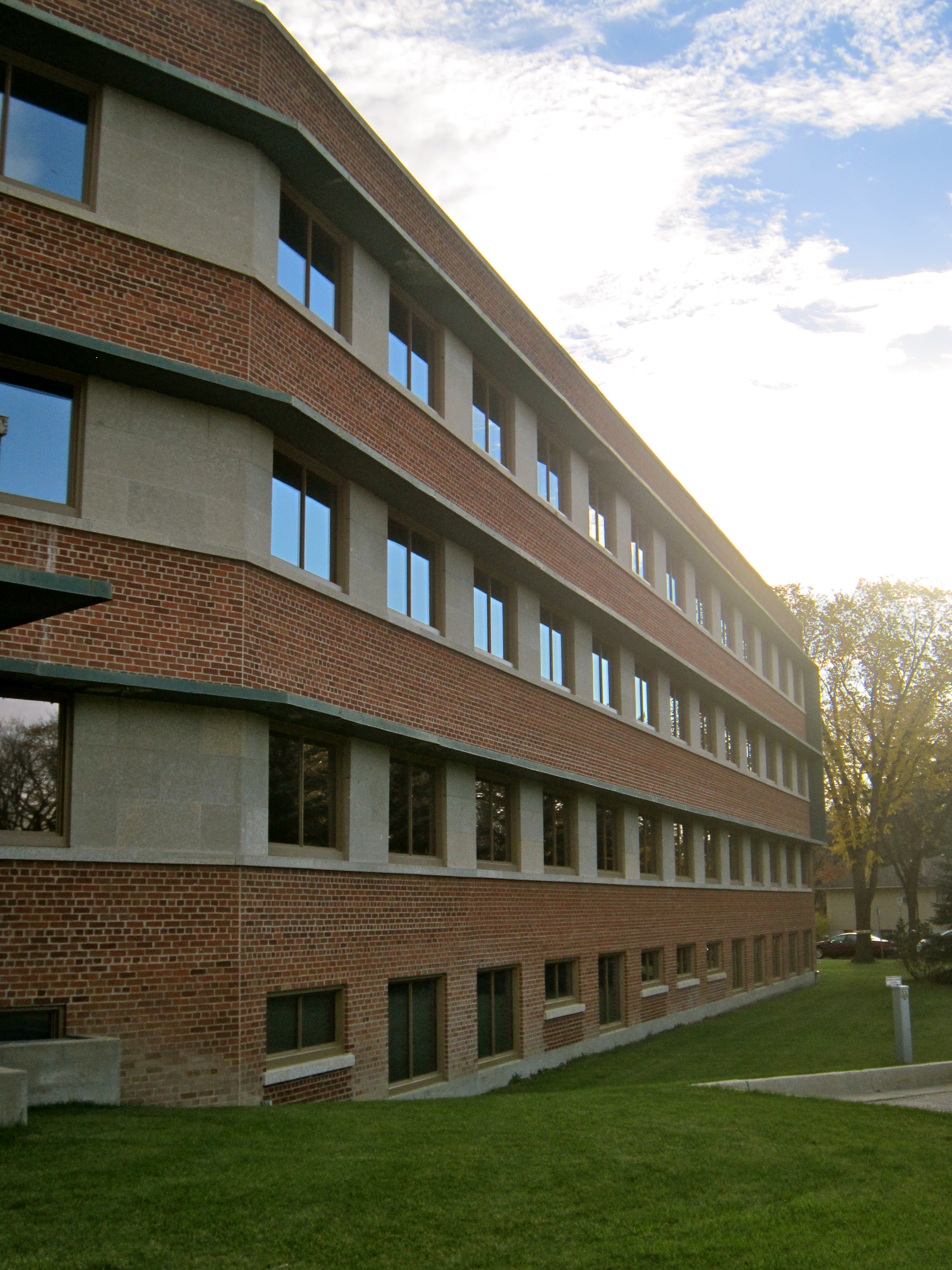 Winnipeg’s Princess Elizabeth Hospital was constructed to expand the city’s capacity for the care of local seniors in need to assisted living, a group then commonly termed “the aged and infirm.” The building took its place adjacent to two other hospitals: the King Edward Memorial Hospital, erected in 1911, and the King George Hospital, which commenced operation in 1914 (demolished in 1999). The three, together, formed Winnipeg Municipal Hospital.

The Princess Elizabeth Hospital provided 200 patient beds housed in a long, V-shaped plan. The building, three storeys tall with an elevated basement storey, is clad in red brick with Tyndall stone accents. Extensive glazing brightens the interior of the structure and gives views to the park-like setting. These windows are set as ribbons accentuating the structure’s horizontality. The west, entry facade is accented with a lynch-pin rounded bay which, in combination with the wing-like plan and ribbon windows, lends a sense of streamlined stylization. The rear of the hospital is oriented to the nearby Red River, with a park filling the in the intervening space. The hospital was connected to King George Hospital via a tunnel. The structure is now part of the broader Riverview Health Centre campus and is named the Princess Elizabeth Building.