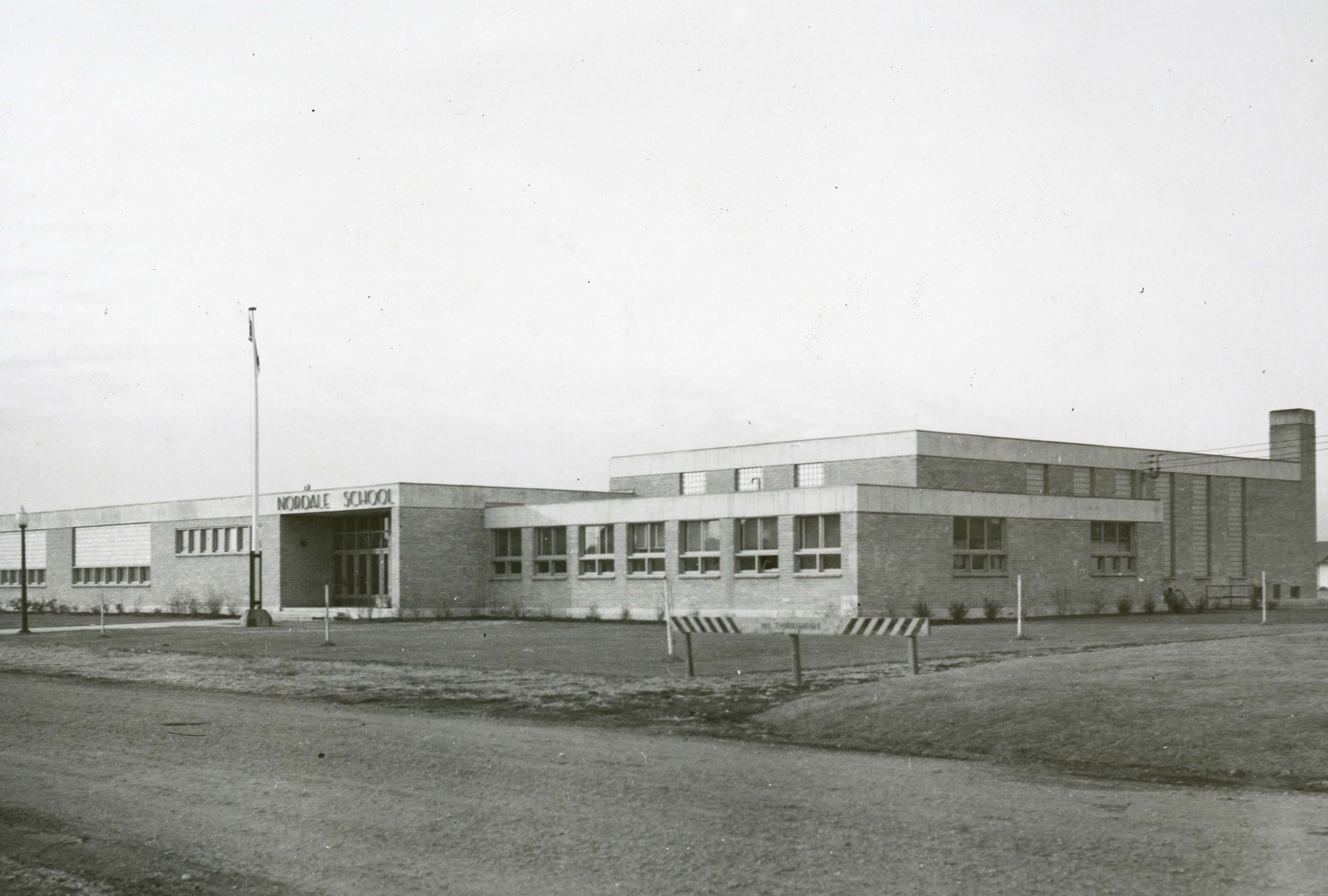 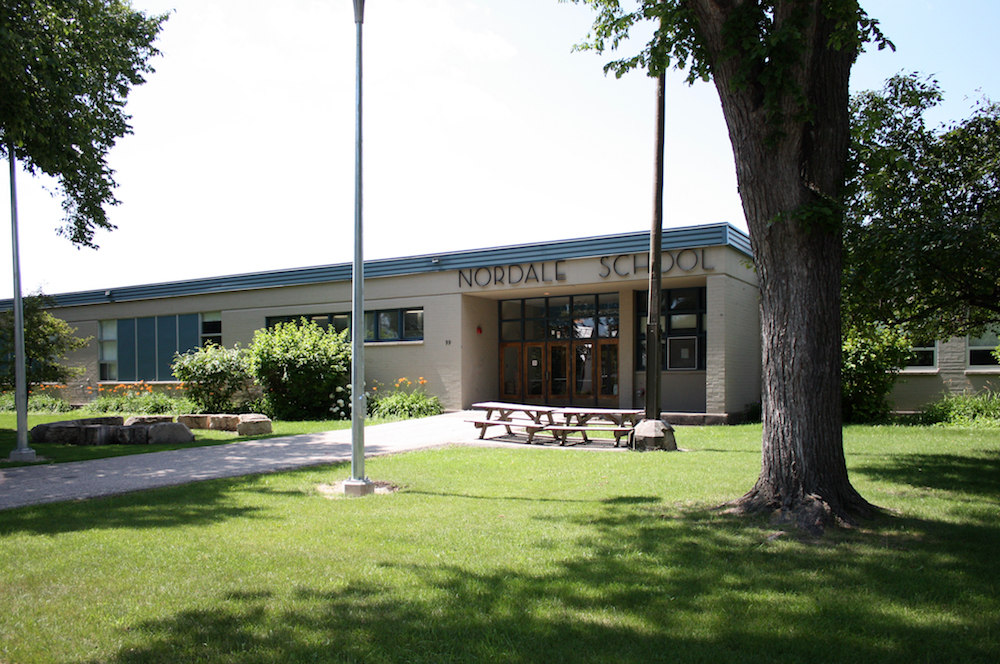 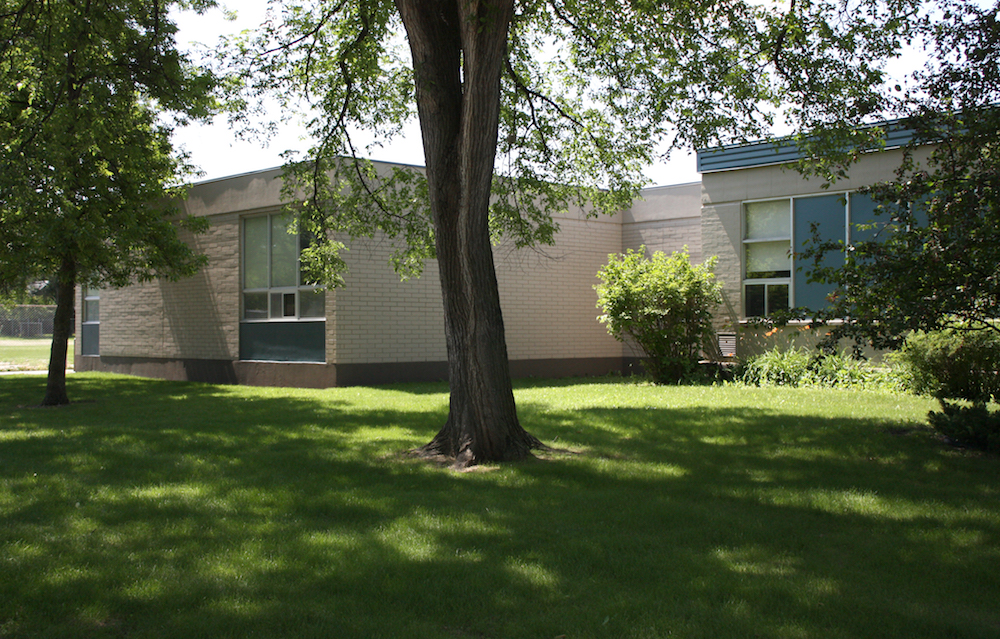 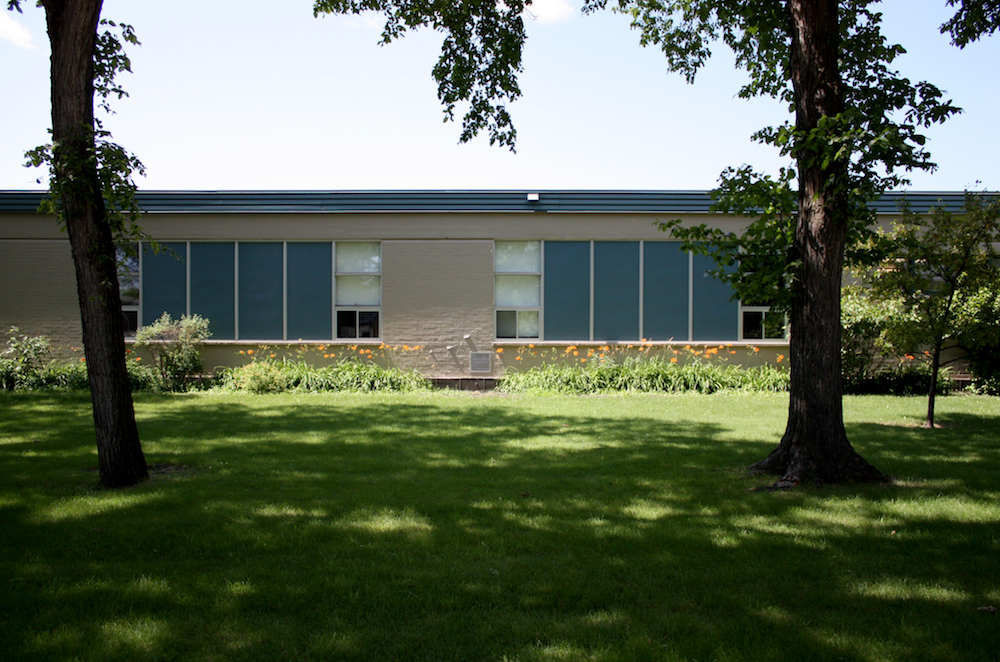 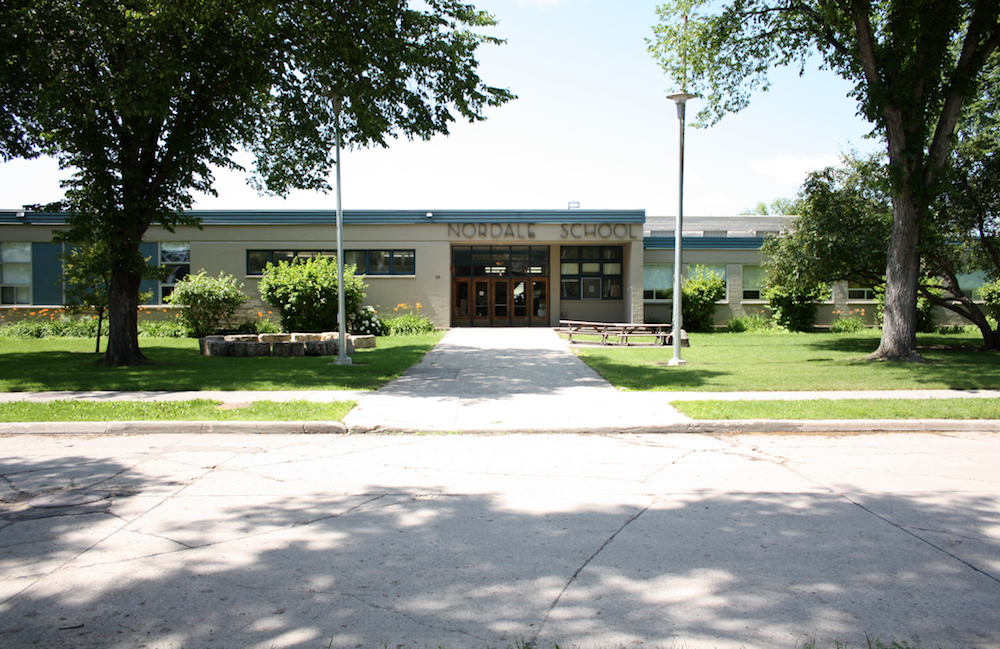 Nordale School, at 99 Birchdale Avenue, was built at a cost of $275,000... "The school opened in 1949. Its cornerstone, with enclosed time capsule, was laid on 23 June 1949 by the Norwood School Board Chairman W. C. Leitke, along with St. Boniface Mayor George Campbell MacLean, Minister of Education Charles Rhodes Smith, Norwood School District Vice-Chairman L.E. Ostlander and Reverend D. Warren Campbell of the Norwood Presbyterian Church and Reverend T. M. Badger of the Norwood United Church. The capsule contained a copy of the 1924 Incorporation Bill of the Norwood School District No. 2113, along with lists of provincial, municipal, and school board officials.

The single-storey school was designed by architect Lawrence John Green and built at a cost of $275,000 by contractor Gerhard A. Baert. The school was built of reinforced concrete and grey brick walls and rushed to completion for the fall school term, opening on 12 September 1949. Though classes were in session, finishing touches were still ongoing, with students in grades K-6 using temporary desks and chairs, and making do without blackboards. Originally opened with eight classrooms, a ninth classrooms was open by the time of official opening ceremonies on 5 April 1950 attended by G. C. MacLean and Norwood School Board Chairman H. R. Parker. The completed school had room for 350 students and featured a 500-seat auditorium, library, health room, kitchen, and principal and school board offices. In 1953, four classrooms were added at the cost of $80,000 and two more were added in 1962." The one-storey building will house eight elementary classrooms, kindergarten, a library, health unit, principals office, school board office, teachers' rest room and a gymnasium-auditorium with a seating capacity of 500.