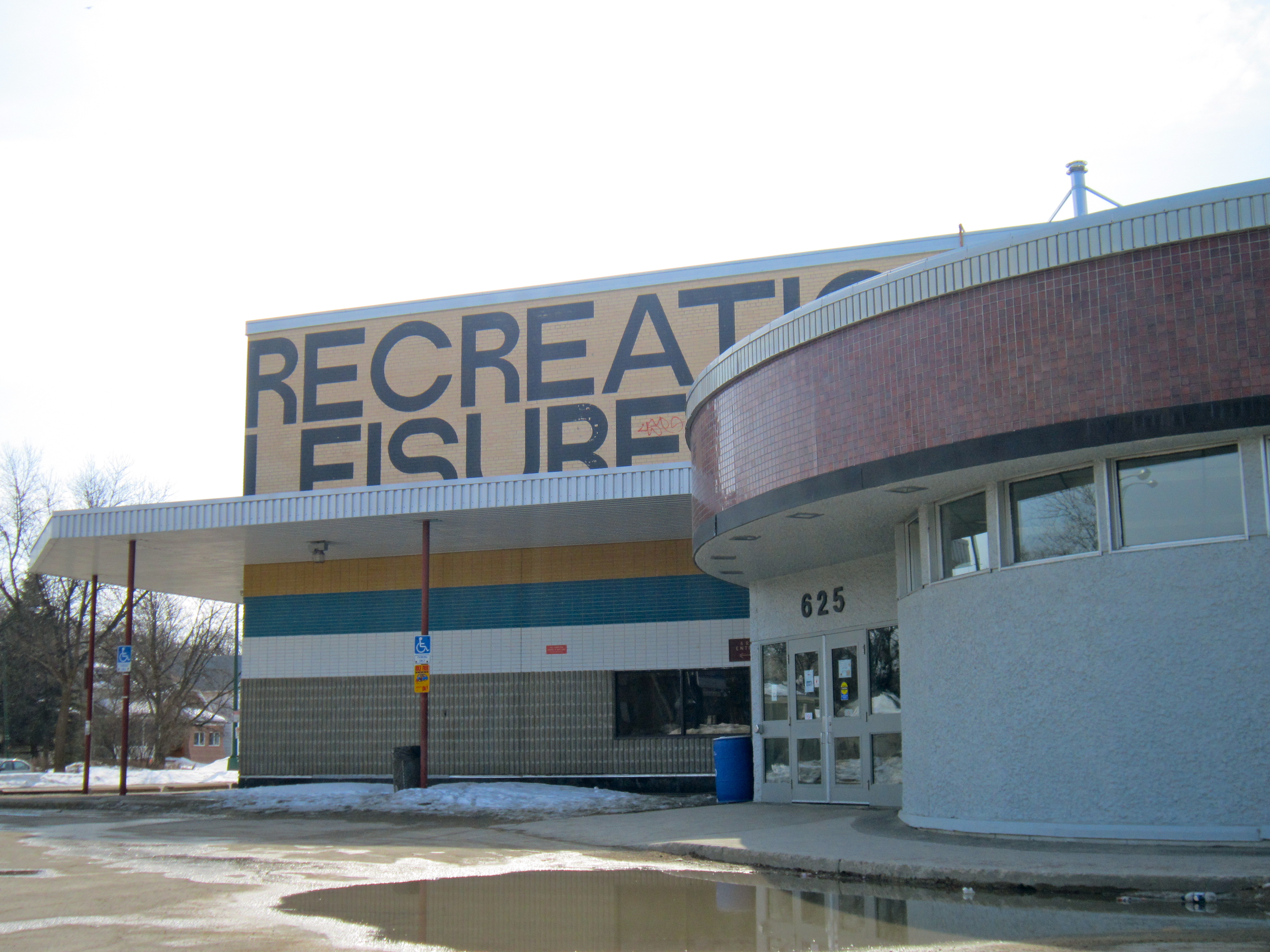 Until 1956, 625 Osborne Street was the site of the Fort Rouge Curling Club. The Fort Rouge Leisure Centre building was, from the mid-1950s until 1976, a Loblaw's supermarket. In 1977 the large modernist structure was remodelled at a cost of $1 million into a new, multifunctional community space with the help of funding from the City of Winnipeg and Province of Manitoba. At this time supergraphics were applied to the exterior of the formerly plain façade to emphasize the space's new role and give it a landmark quality. Not long after this conversion took place an arena (now known as the Sam Southern Arena) was added to the west of the original 1950s Loblaw's structure.

In 1981-82 the Fort Rouge branch of the Winnipeg Public Library system (formerly at 700 Osborne Street) gained a new home in a contemporary, tiled space at the front of the leisure centre.