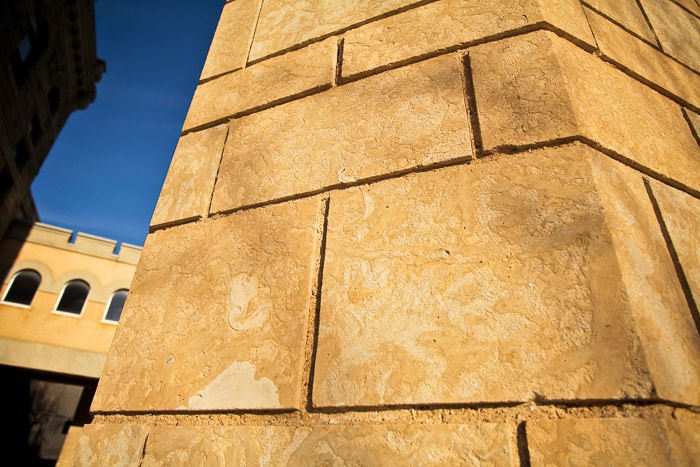 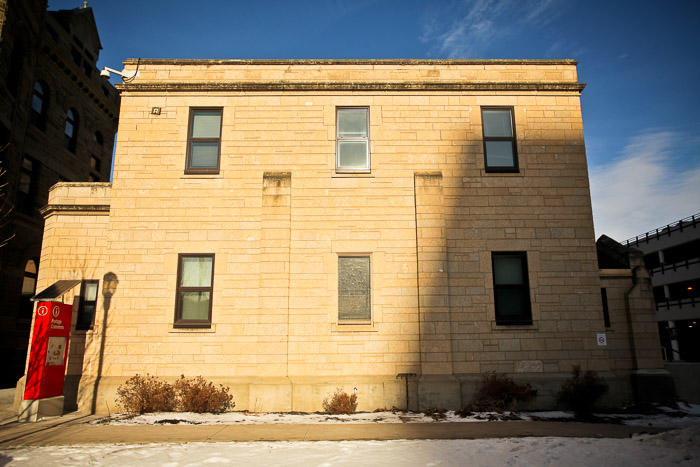 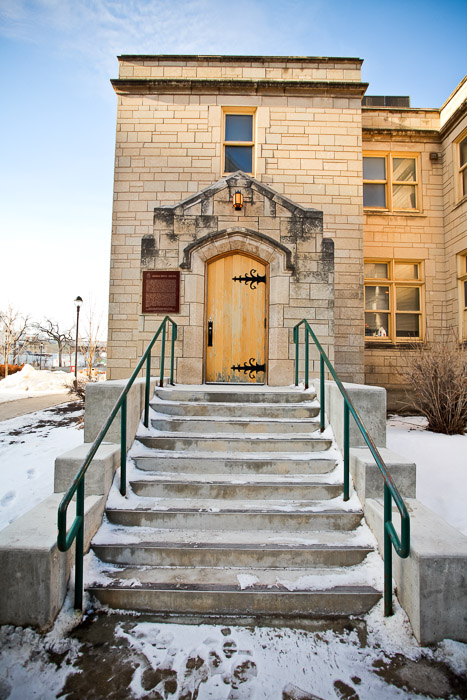 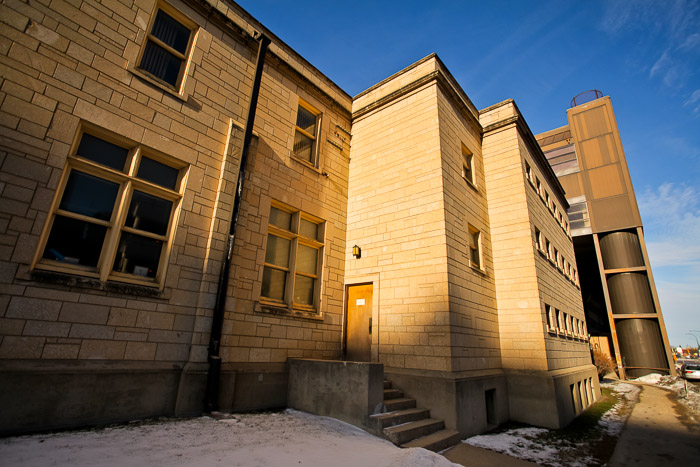 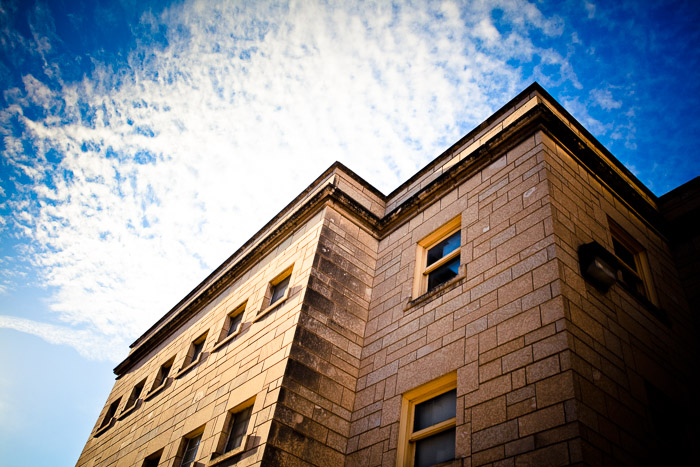 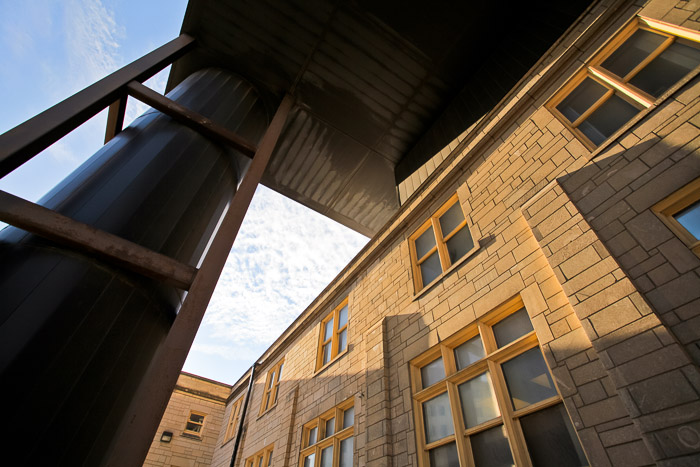 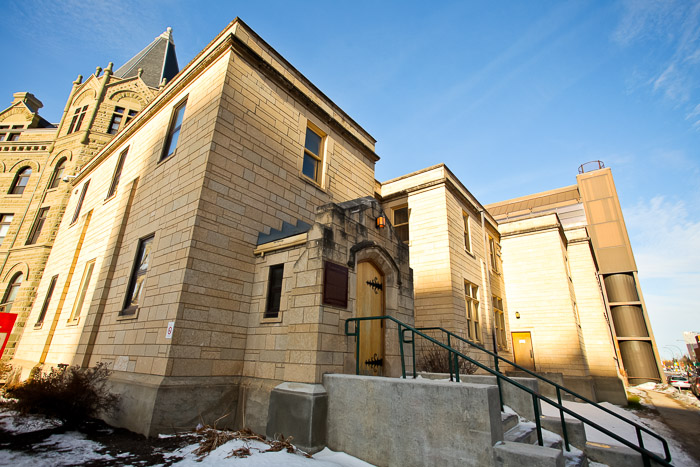 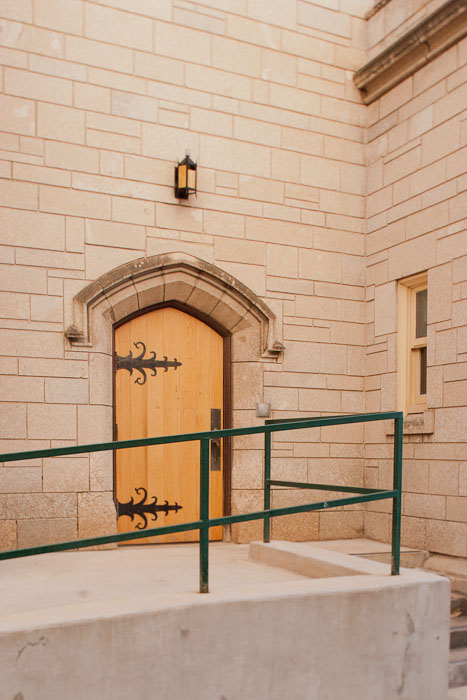 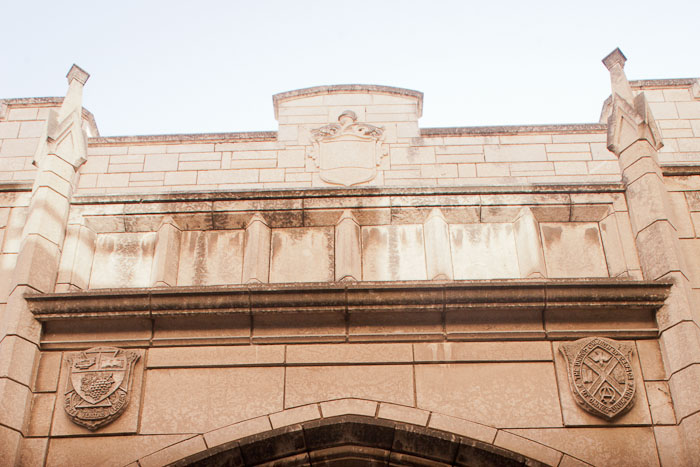 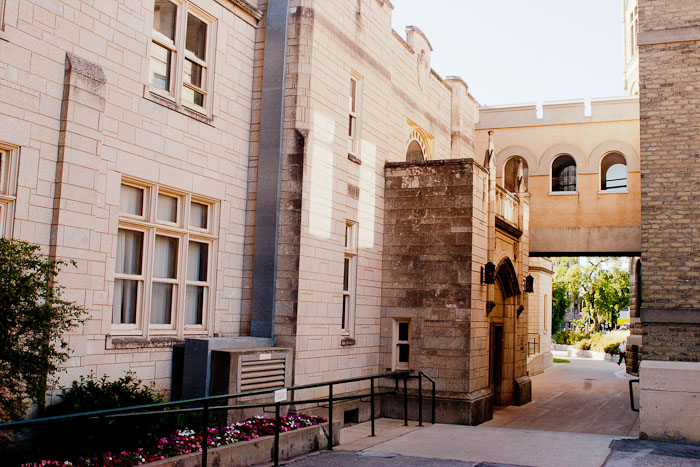 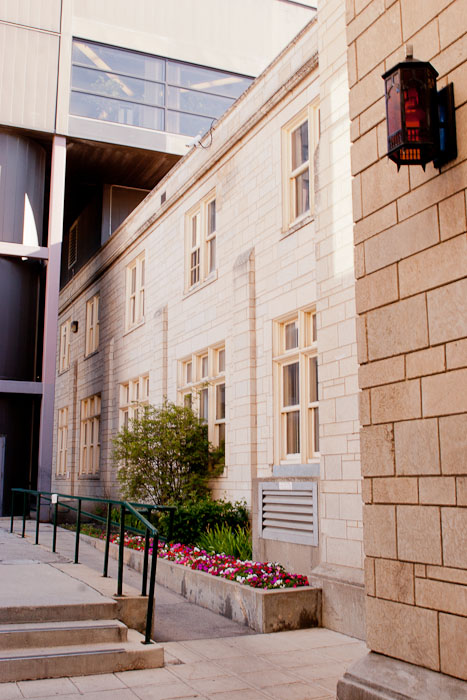 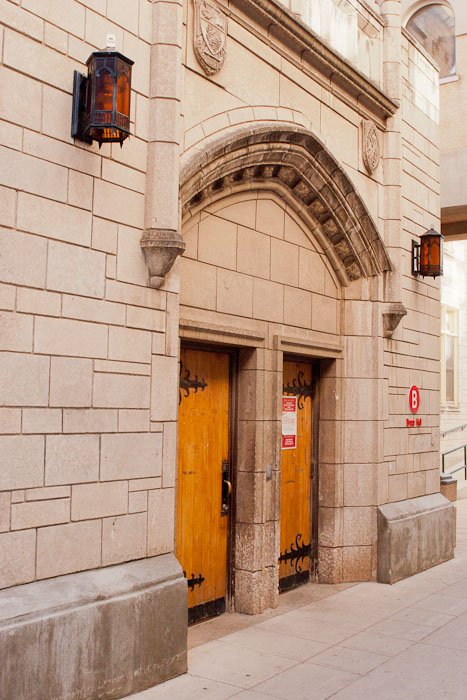 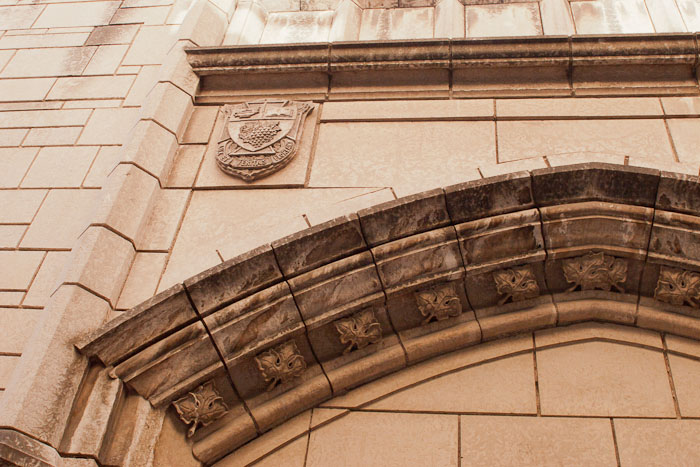 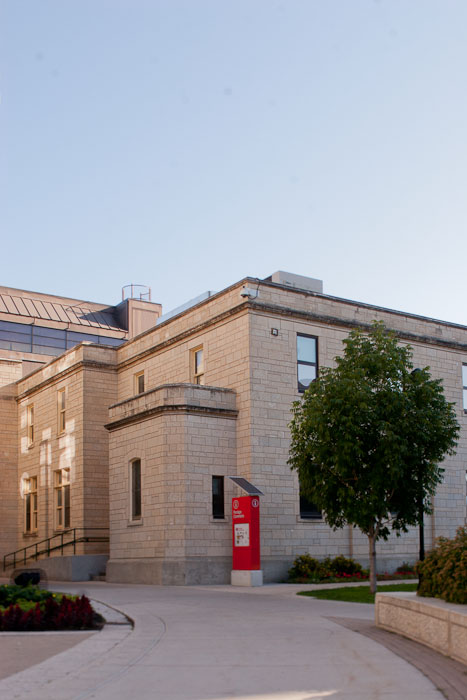 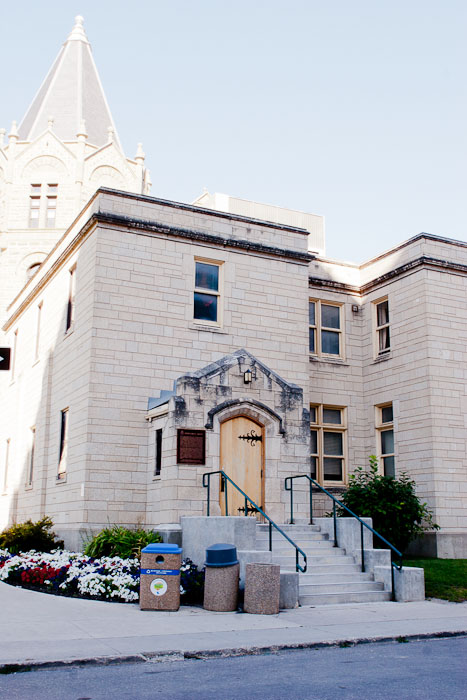 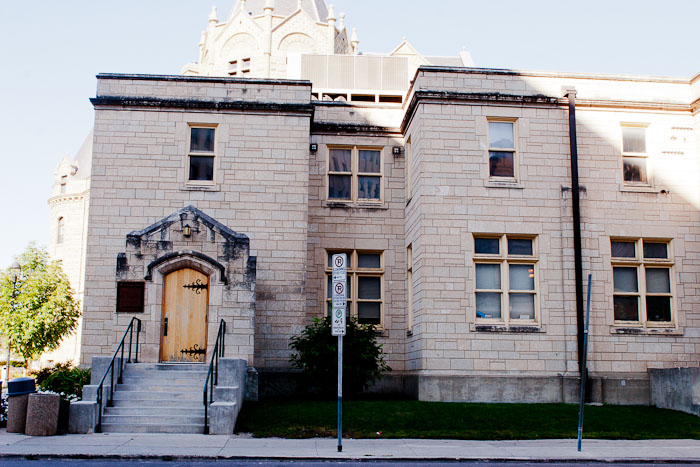 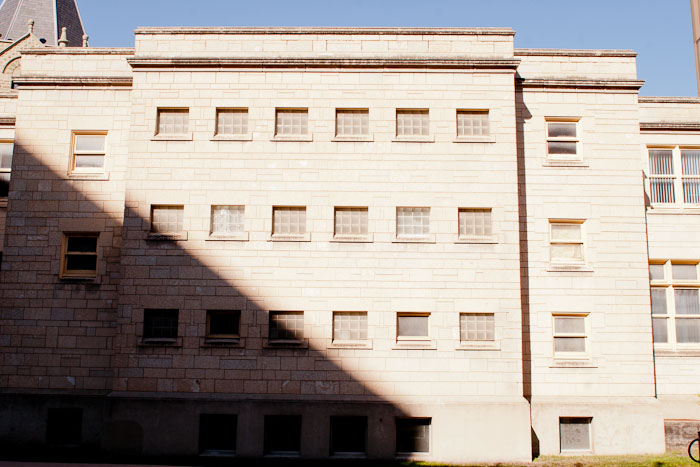 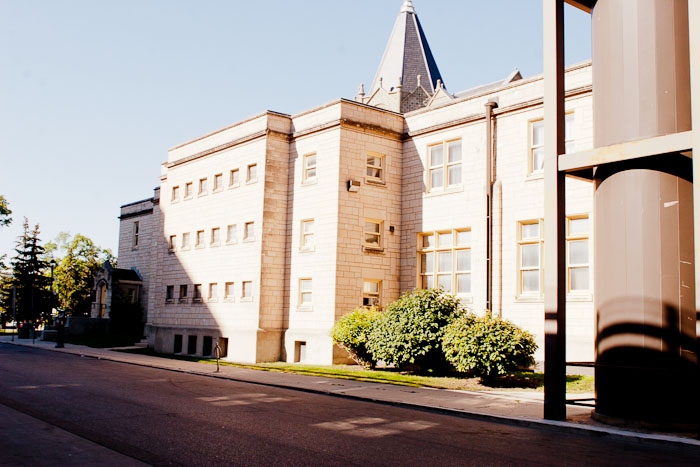 Constructed as part of the expanding United College Campus, Bryce Hall is a modest two-storey building located on the east side of the campus, fronting on Balmoral Street. It is connected to Wesley Hall by a skywalk. Built by United College as a library and theological building, the structure remains in use as part of the University of Winnipeg campus.

The Hall retains a chapel with a number of historically-significant stained glass windows. Originally installed in Wesley Hall, the windows were designed by Henry Holiday, a renowned Pre-Raphaelite artist who worked with William Morris at Morris & Co. in London, England.

The exterior facade is constructed with buff and bluish-grey limestone facings, trim and ornamentation, with some ornamental ironwork. Bryce Hall’s design is relatively restrained and notably more modern in comparison with the older Wesley Hall.