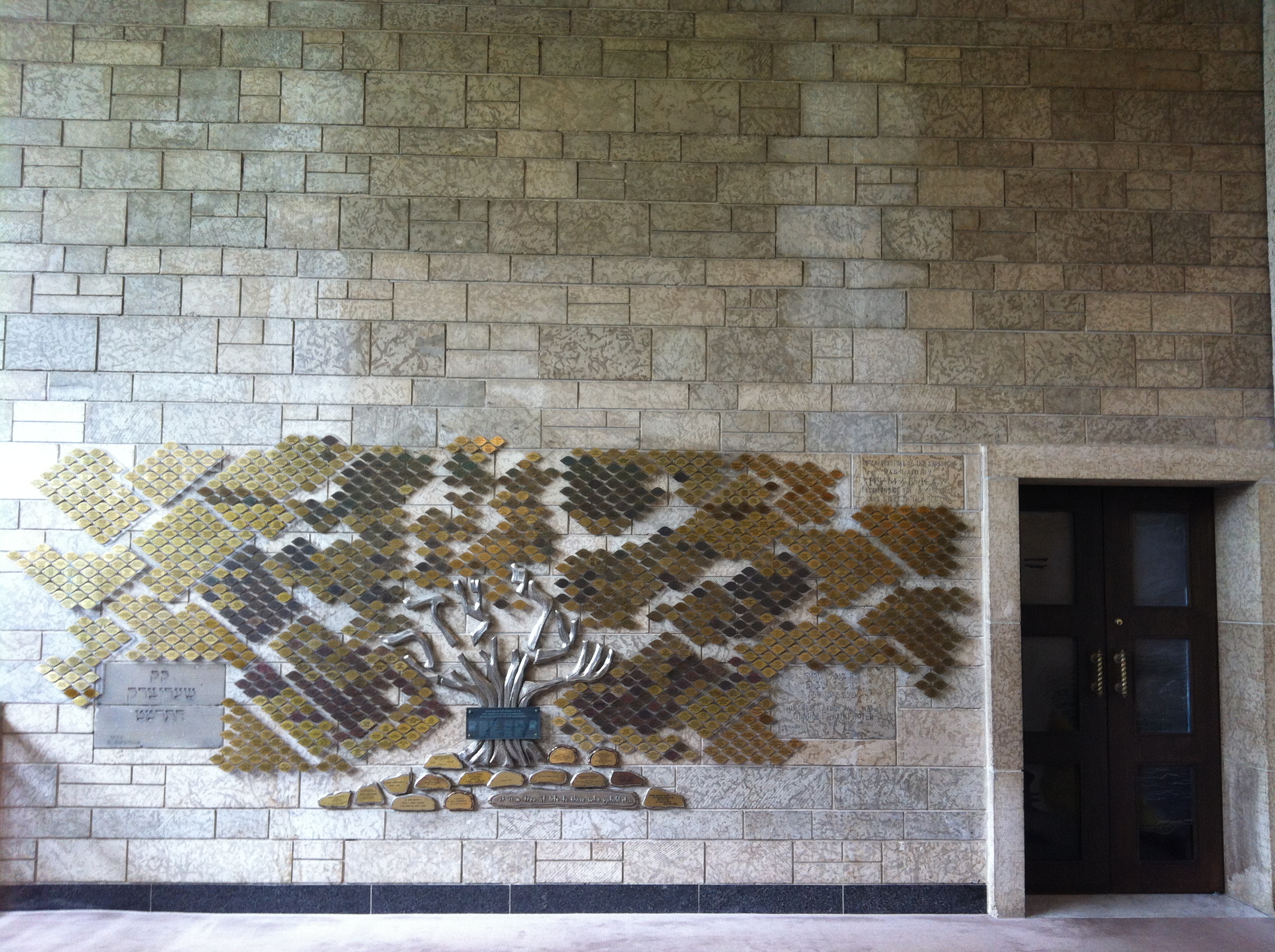 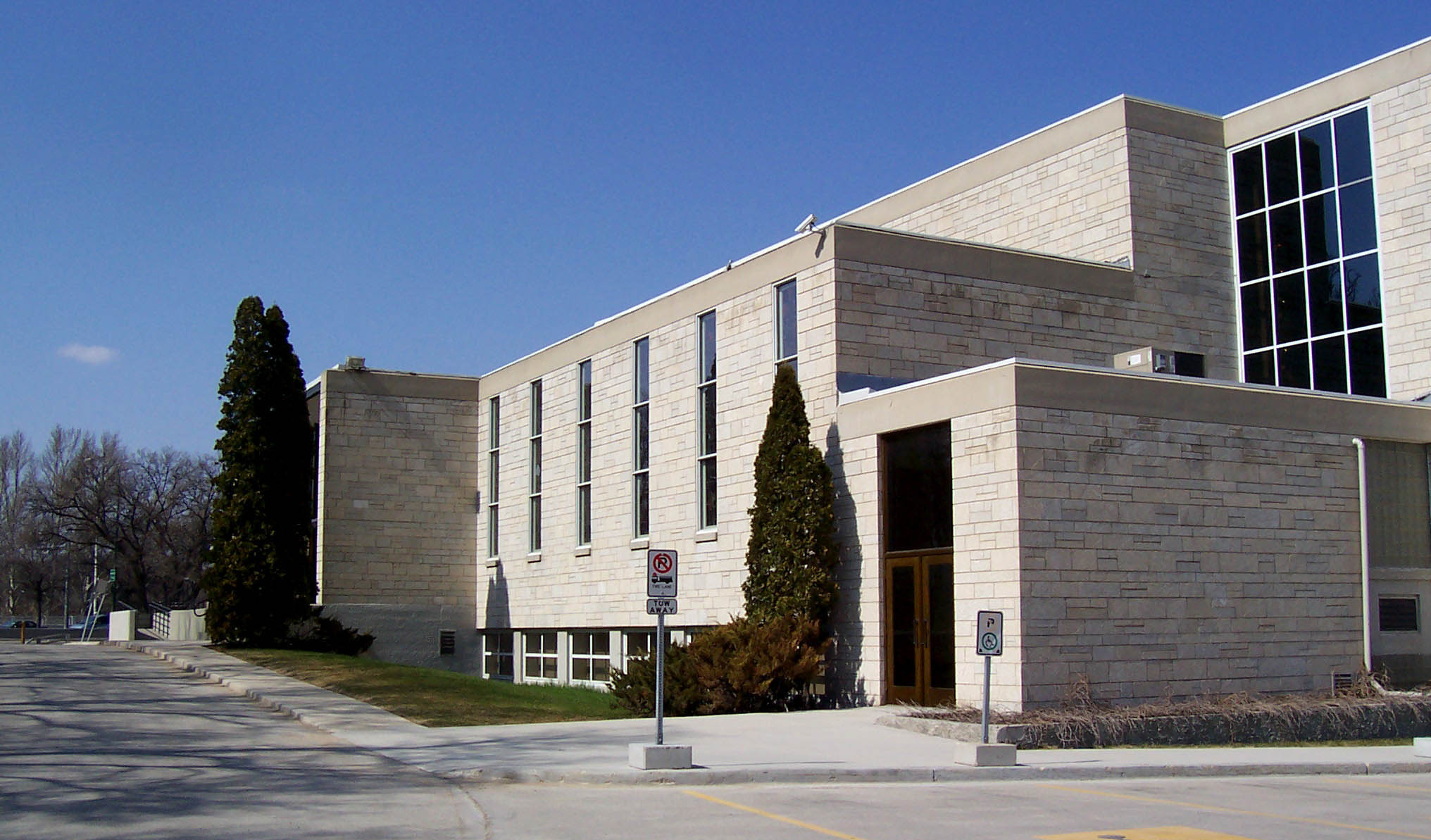 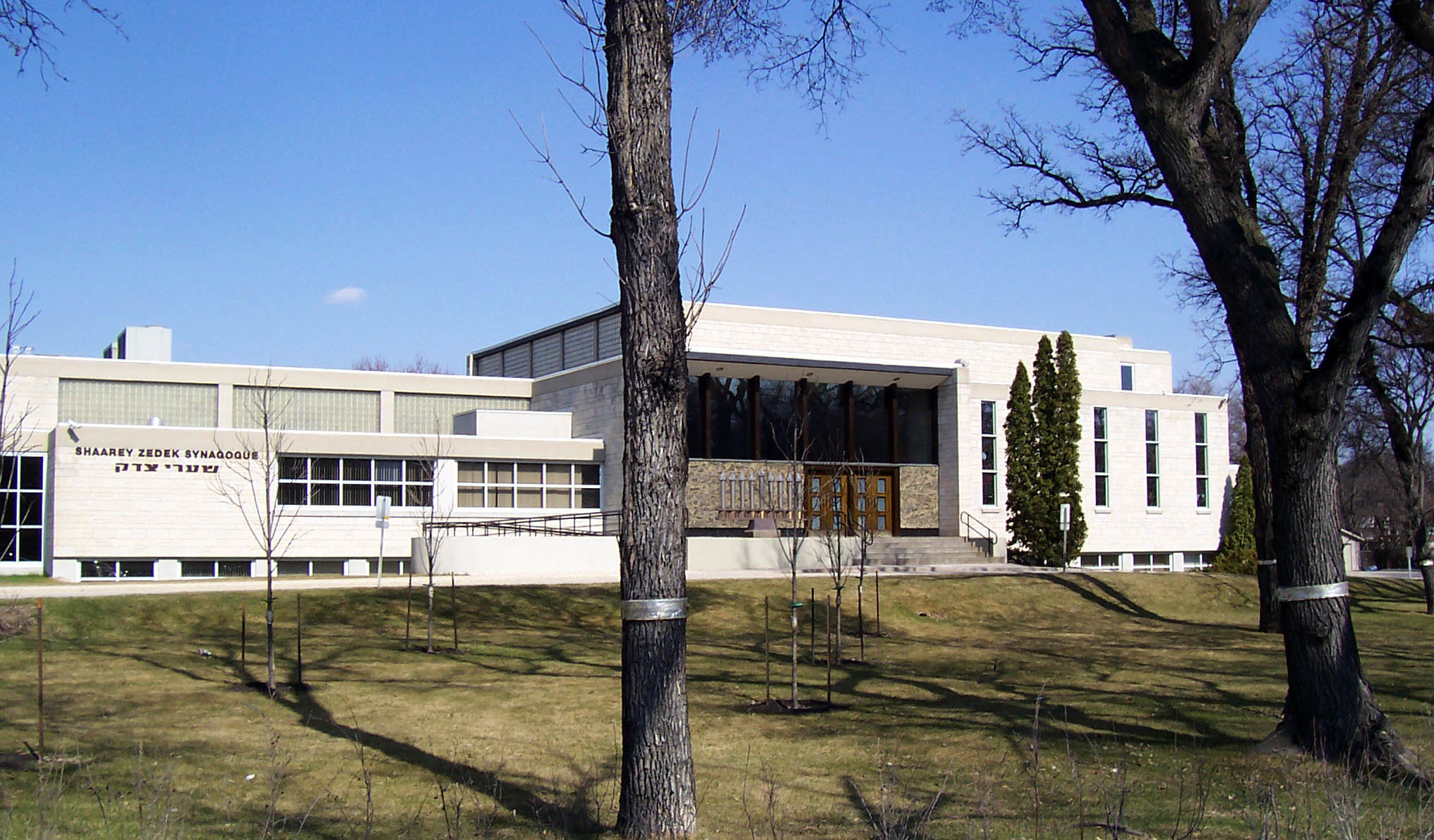 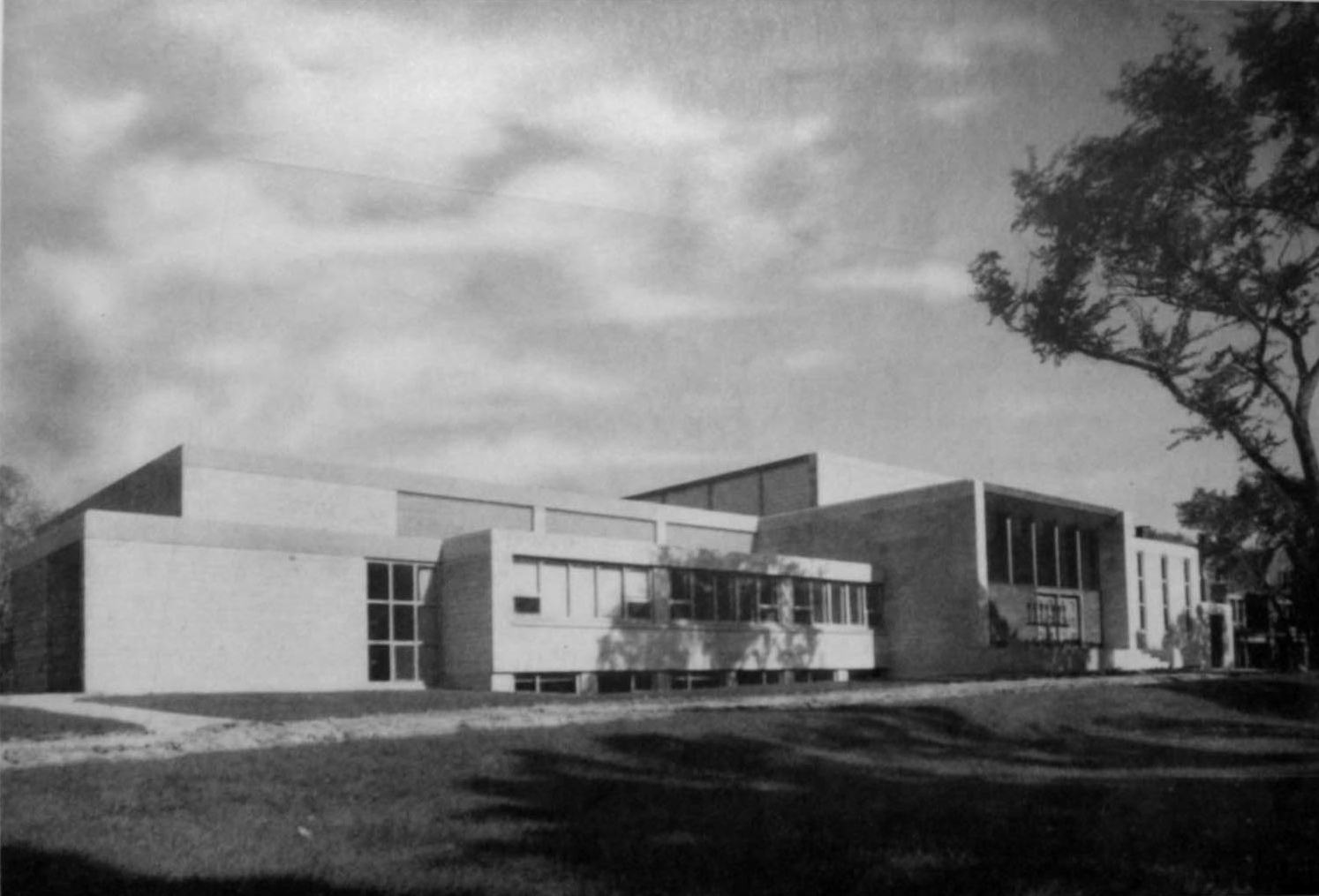 Construction began on the Shaarey Zedek Synagogue, the first large synagogue built in Winnipeg’s south end, in January 1949, and was completed in the fall of 1950.

Sited at the intersection of Wellington Crescent and Academy Road, with its north elevation facing the Assiniboine River, the synagogue is set back from the traffic of Wellington Avenue, fronted by approximately 75 feet of expansive lawn. Formal and understated in character, the building is designed as a set of low-profile, connected masses, clad in Tyndall limestone. The prominent front vestibule and lobby projects from the front elevation, seated atop a large concrete pedestal, alongside an unornamented Menorah. Entrance into the Tyndall-clad, double-height lobby is through two large, carved, wooden doors. Exaggerated mullions divide expanses of clear glazing at the primary entrance; glass block and glazing with extruded aluminum frames complete the other elevations.

In plan, the upper level houses a temple and chapel to the east, and a generous auditorium, with stage, on the west side. Administrative space, kitchen facilities (originally planned as an adult lounge and playroom), and classrooms fill in the lower level. This lower level is accessible via the paved parking lot at the rear of the synagogue, positioned between the structure and the river bank.